Actually, Gigabyte has done almost everything right with the GTX 980 Ti Xtreme Gaming Waterforce, because the performance and the overclockability have impressed us - as well as other colleagues of international media, who could also get hold of a copy -...

Actually, Gigabyte has done almost everything right with the GTX 980 Ti Xtreme Gaming Waterforce, because the performance and overclockability really convinced us – as it did other colleagues from international media who were also able to get their hands on one. If it wasn’t for the whirring and whistling accompanying music, which could spoil the Pixel Festival. Remember the FuryX from AMD and their whistling on the last pump hole? 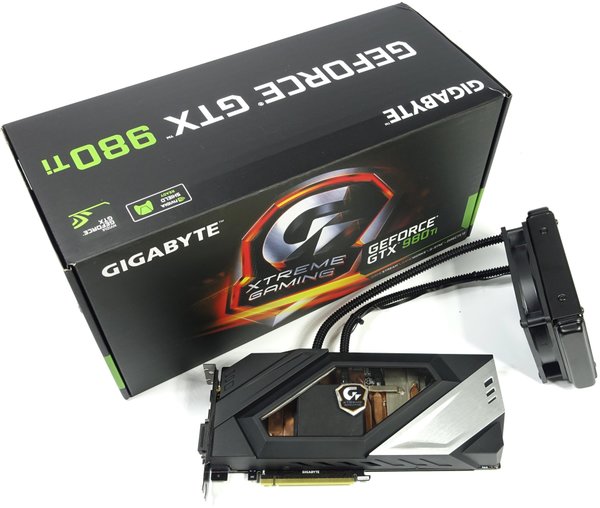 We had actually scheduled the test of the card at the same time as the other media, but we will only be able to publish it shortly. The reason is hidden in the product – or rather a part of the whole – because Gigabyte has also – like AMD before – been advised and supplied by Cooler Master. Sure, you could have given the product a negative review and just taken it for granted like the others, but since we got confirmation on demand that the actual mass production is yet to start, we tried to tackle the quality issue with Gigabyte together.

We ask for your understanding that we cannot publish some quite piquant details from the internal communication between us, Gigabyte and Cooler Master as the supplier of the cooling unit, but the attentive reader will surely draw his conclusions from the context. So let’s first look at the part of the map that is the source of the problem.

After we sent Gigabyte our measurement results including internal “video proof”, we initially encountered surprised faces from the employees of the Gigabyte development team (R&amp;D). Similar to AMD’s early R9 Fury X models, not all cards were prone to extreme beeping, and even among those that did audibly beep, there were more noticeable differences among them. Gigabyte confronted Cooler Master with the results in a first step, whereby they were of the remarkable opinion that everything could be solved by simply replacing the controller chip; otherwise, the cooling unit didn’t have to be changed. Really?

Having already become very suspicious due to our experience with the pump on the Fury X (and the revealed true reasons for the whistling), we obtained the final model from the mass production line, now modified again at Gigabyte’s insistence, and disassembled it again. The differences are serious and do not only refer to the chip, so that we want to document this process publicly after a longer consideration. This is also done to protect Gigabyte from possible image damage that could have been caused by the first reviews with the previous models.

Only the comparison of the labels printed on the pump gives an idea of what has actually been installed here. If you look at the serial numbers, you will see that there are over 1.1 million units produced between the first pump and the new one! Since the pumps on the R9 Fury X and the Waterforce are absolutely identical (and therefore one model), the big difference in the serial number allows the possible reverse conclusion that possibly leftovers were used here, which would have been better disposed of after the disaster with the Fury X. 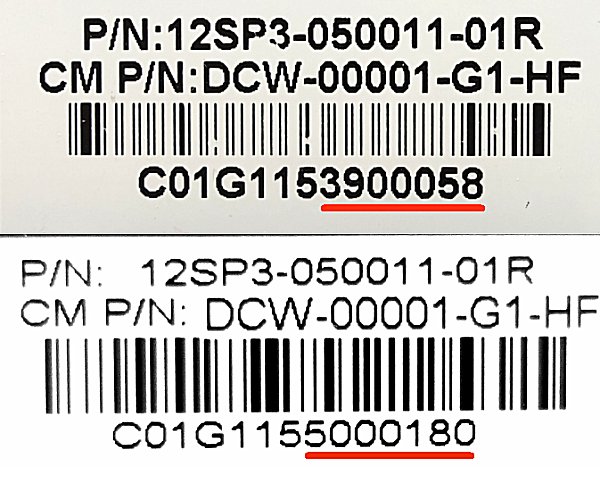 Apart from the fact that both labels come from a different printer, the production line should also be different by now. Once suspicious, we compared both cooling units in more detail to find even more possible differences. Let’s start with the heatsink, which Cooler Master – having gotten clever with the R9 Fury X – now provides with four one-way screws that make disassembly (without special tools) impossible.

We’ve also had Gigabyte’s R&amp;D confirm the change in the pump in the meantime, which really uses the different controller chip that Coolermaster seems to have been using on the R9 Fury X for quite some time now. Now let’s look at the exposed heatsink:

In the heatsink of the new pump there is now an engraved inscription, which was missing earlier (also on the Fury X), which should indicate a clearly changed production. But the design of the cooler unit has also changed, as we can easily see:

For example, the one connecting bridge between the heatsink and VRM cooler slides down further and the build quality of the edges and surfaces has increased. The heat pipe may also be made of a slightly modified composite material.

Caught again – unfortunately there is no other way to describe it. In this case, the buck clearly has to be passed to Cooler Master, just like with AMD’s R9 Fury X, who obviously just tried to recycle leftovers in an advantageous way. The only reproach that can be directed at Gigabyte is that the quality management did not take effect, because they relied on checking only one card and otherwise probably employed many older employees, who could not even perceive the high-pitched whistling sound in their usual, rather loud working environment.

In the end, our merit is limited to having persistently harassed Gigabyte until they, in turn, took Cooler Master to task and also created a new workplace, which is now supposed to (and probably will) provide (even) quieter products with young and motivated ears. We also got the statement from the distribution that no cards with the old cooling unit have reached the market in Germany and that everything that is currently in delivery already carries the new pump unit.

This is of course good for the customer, but also a bit annoying for us, because we had to rewrite our review in large parts, so that it can finally be published in a few days. However, the annoyance is limited, because the whole thing was exciting.

Does the new high-end RAM for Ryzen 5000 live up to its promise? – G.SKILL DDR4-3800 CL14 2x 16GB kit put through its paces
DIY 3D Printer Server – Raspberry Pi with Touchscreen and Webcam