What actually happens when you cross-test and compare the fastest AMD and Intel CPUs with the respective fastest graphics cards from AMD and NVIDIA? Driver overhead of the GeForce RTX 3090 Ti in some games below 720p then versus its brute 1080p violence? Or would you prefer the more frugal Radeon RX 6900XT, which really comes into its own in 720p? Even though the benchmarks of the new AMD Ryzen 7 5800X3D will not be published here as an article until tomorrow, I have picked out a very special game today to prepare and get in the mood, which should demonstrate the complexity of the game selection including hidden stumbling blocks. And if you don’t know which of the graphics cards you should take in the end, it’s better to take both. Or? 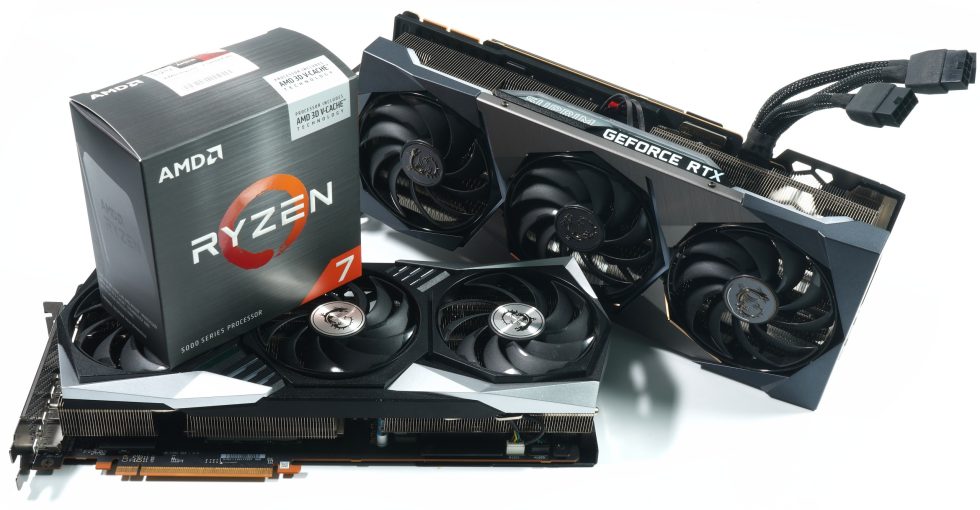 Why I made it two-track this time is quickly explained. Because if I already have to test such an energetic anachronism like Intel’s Core i9-12900KS so that the Ryzen 7 5800X3D gets a strong opponent in gaming tomorrow, then the window is open anyway. When the GeForce RTX 3090 Ti heats up in full power ahead, a cozy 600 watts and more result from the gaming power excess. But since most test even in 720p only with the big GeForce cards, I’ll just do both once. Because the RX 6900XT together with the Ryzen 7 5800X3D is the new economy sandwich of the nation, which should definitely be paid attention to, but I don’t want to spoil more for tomorrow. But I need this little article today to take my time to evaluate all the data and create all the metrics. I also countertested with a second CPU. Sometimes you don’t believe yourself anymore.

But back to the here and now and the preparation for the test: There are games that are better suited to the Radeon as a graphics card, but still prefer an Intel CPU, or vice versa. That’s why I’ve picked out Far Cry 6 for you today, where the AMD processors prefer to cuddle with the GeForce and Intel’s CPUs benefit more from the Radeon. In contrast to games like “Shadow of The Tomb Raider” or “World War Z”, where the huge cache of the Ryzen 7 5800X3D virtually pushes everything else into the dust, the case is completely different here. And that already makes it interesting as a warm-up exercise, even if it doesn’t perform that well as an AMD game…

Since many have complained that you have to run the CPUs with uniform RAM settings, I (logically) opted for a setup with DDR4 RAM. So that the Intel CPUs don’t get any memory hiccups and we can still stay fair, I opted for DDR4 3600. Firstly, this is the clock where even the Ryzens can still officially be operated with FCLK 1800 directly via memory setting and secondly, no instability is yet felt with Intel and Gear 1. My current Core i7-12700K is apparently a real potato chip that doesn’t pack DDR4-3733 stably in Gear 1. So all CPUs run with DDR4 3600 CL16-20-40. That fits perfectly.

The measurement of the detailed power consumption and other, more in-depth things is done here in the lab (where the thermographic infrared recordings are also created with a high-resolution industrial camera in the air-conditioned room at the end) on two tracks by means of high-resolution oscilloscope technology (there are also various follow-ups!) and the self-created, MCU-based measurement setup for motherboards and graphics cards (pictures below) or NVIDIA’s PCAT.

The audio measurements are done outside in my Chamber (room within a room). But everything in its own time, because today it’s all about gaming (for now). 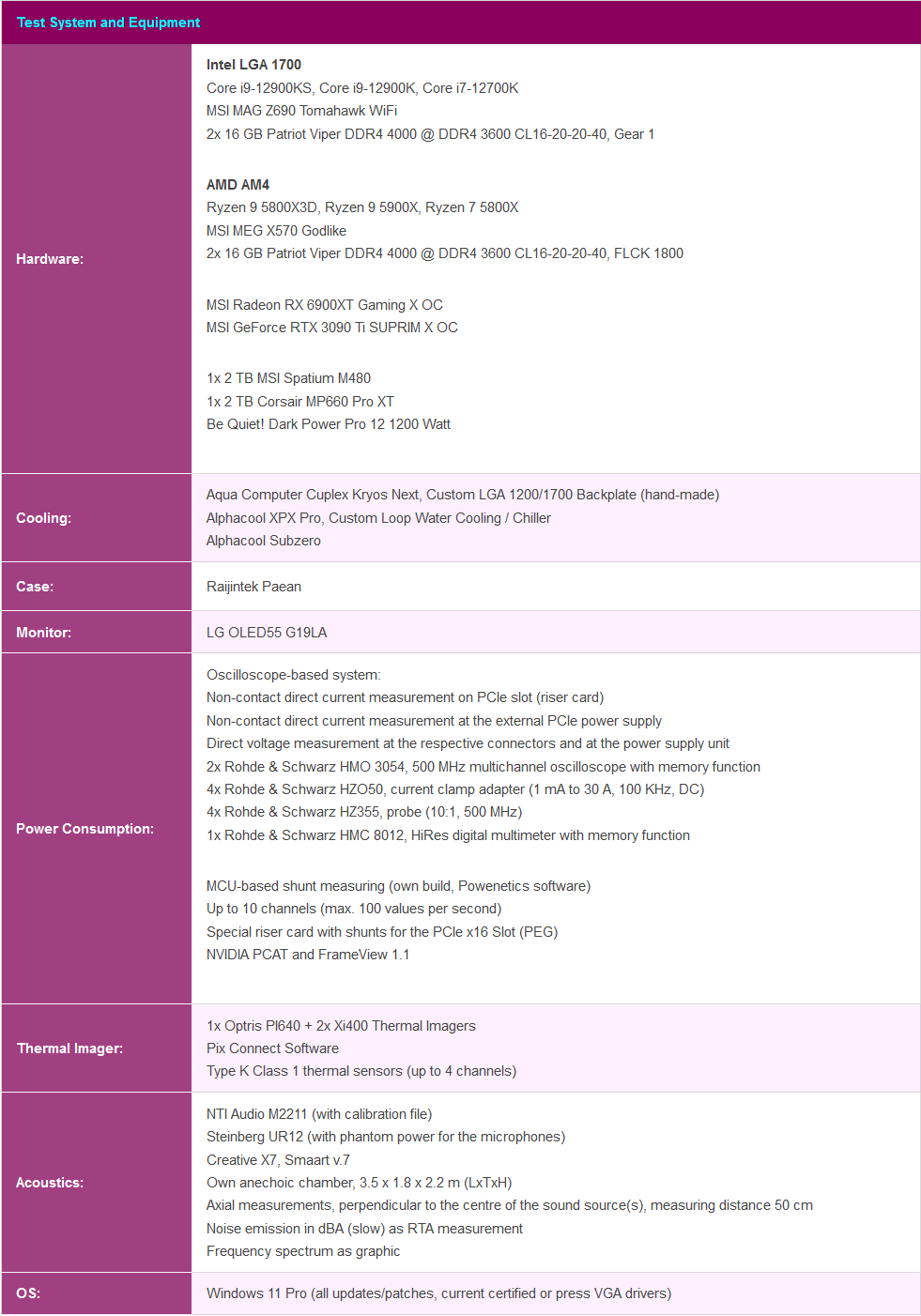 AMD Ryzen 7 5800X3D – the only (and last) fighter of its kind as a perfect and very efficient upgrade
Test setup for testing headphones and headsets – As always, the better is the enemy of the good | Inside Lab