A proper water cooling makes sense for power losses over 300 watts and thus creates a real added value. With the Kryographics Next, Aqua Computer continues on its path of precisely crafted coolers and offers a GPU water block for NVIDIA’s current GeForce RTX 3080 and RTX 3090 refernce boards that even manages without thermal pads on the memory. However, we also know that these NVIDIA GPUs aren’t exactly precision world champions and have already attracted negative attention several times due to bending. How and if this fits together, we will find out together today.

The manufacturer has of course revised the cooler compared to its predecessors, but the basic principle remains. But let’s unpack all the fun first. What you get for the just under 165 Euros is a pre-assembled cooler with terminal including embedded 5V RGBpx stripe, a 50cm connection cable and matching Preci-Dip adapter, two plugs, all necessary screws, 1 gram thermal paste and 0.5 mm thermal pads. The manual is available in printed and digital form, exemplary. A backplate with cooling function can be purchased as an option.

Which brings us directly to the water block. With 980 grams this is quite a heavy lump, which is primarily due to the 12 mm copper block used. Why is it so thick? Let’s remember the reference design of the card! NVIDIA leaves it up to the board partners to decide whether to use flat SMD capacitors (SP or POS caps) on the front side, e.g. for the voltage converters, or the conventional and cheaper cup capacitors. However, they are relatively high, so you have to work with this enormous copper thickness if you don’t want to work with cutouts like Alphacool or Corsair.

The cover is made of acrylic (PMA), i.e. normal Plexi and milled, plus a stabilizing bezel made of black anodized light metal. Visually, everything is rather unexciting and timeless, which is absolutely no shortcoming, on the contrary. Of course, one also serves the intensely illuminated, colorful present and builds in an RGB stripe with 15 LEDs, which can also be connected via cable and adapter to any suitable digital 5 volt aRGB output of the motherboard. The terminal is made of acetal and anchored in the acrylic block with three solid screws. 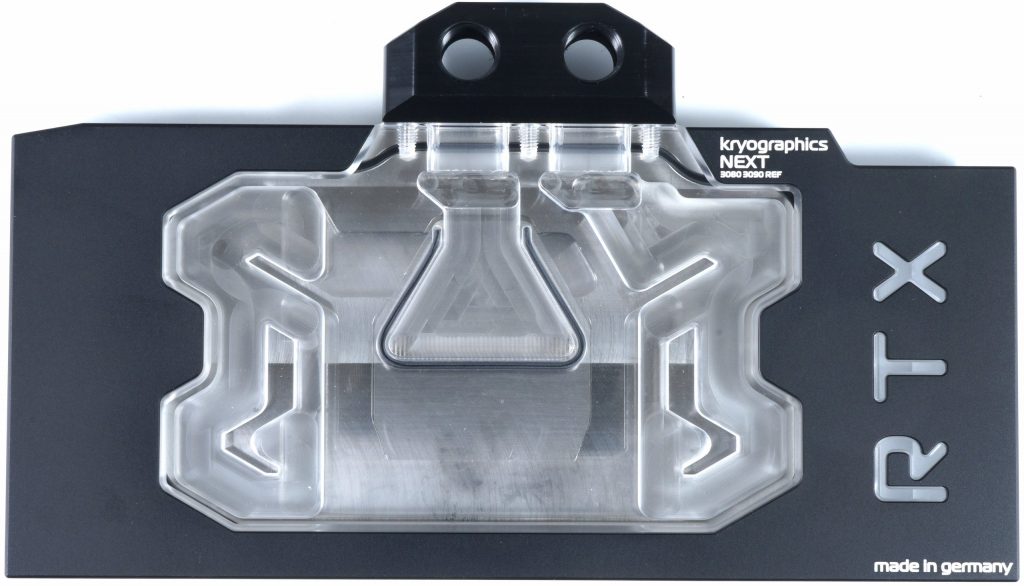 The material used for the cooling block is electrolytic copper (nickel-plated in this model), but unfortunately there is no information about the thickness of the cooling fins, the channel width and the residual bottom thickness. Interestingly, however, they work with an extra jetplate made of stainless steel and lead the water on a direct path to the GPU, only then to lead it over the rest of the board.

The rear side shows the immense use of material very clearly, because the difference in level between the two external VRM cooling surfaces and the recesses for the caps is huge. Lots of copper and only one o-ring, that’s another philosophy that’s good to go with. The threaded inserts are neatly fitted and also sit neatly tight. By the way, the acrylic block is screwed from the back and not from the front, which is also quite rare. Otherwise, like Corsair, they used all available holes on the board for the screws.

A special feature, which one doesn’t see with the naked eye so at all, is the slightly concave elaboration of the GPU curvature, which one has imprinted here afterwards still with a maximum depth of 4/100 mm. One can do that on whom one could compensate something like that with thermal paste also still loosely. We’ll see how well that works out in the end in a moment. By the way, if you want to use an RTX 3090 with rear RAM mounting, you won’t be able to get around the backplate, which is an absolute must in order to thermally tame the GDDR6X memory. In my case, I don’t need them for the RTX 3080 for now, if I want to provide comparable measurements to the other coolers. That this is only possible with the same board due to the unusually high tolerance limits of NVIDIA’s package, I’ll explain next. As a reminder and for better understanding, I have a link here to the appropriate article on NVIDIA’s manufacturing tolerances:

The requirements are similar to Turing, although this time I settled on a 340-watt setup and a very specific GeForce RTX 3080 because it was nearly impossible to find a reference-design RTX 3090 specifically for these cooler tests, and you also need a card that’s right in the middle of the tolerance range for package heights. At this point I have to add some important application tips, because the cooler will not always fit perfectly on these curved packages.

Are the really excellently low gap dimensions based on the manufacturer’s specifications perhaps even more of a curse than a blessing in the end, just because you did the math without the host, i.e. NVIDIA? Once you have cleaned the PCB as usual, you should first test it with a few thin blobs of the same height on the GPU and memory modules if possible. The picture shows that the slight bending of the GPU package and the board underneath leads to different sized impressions, which is due to the very uneven contact pressure.

Some things can be easily compensated with more paste, but if it is even more extreme, you have to use 0.5 mm pads for the memory modules and up to 1 mm pads for the voltage converters, whereby the ultra-soft pads with crumb factor should be used to adapt to the contours without much resistance. In my case, the package was still good average and it really could have been worse. 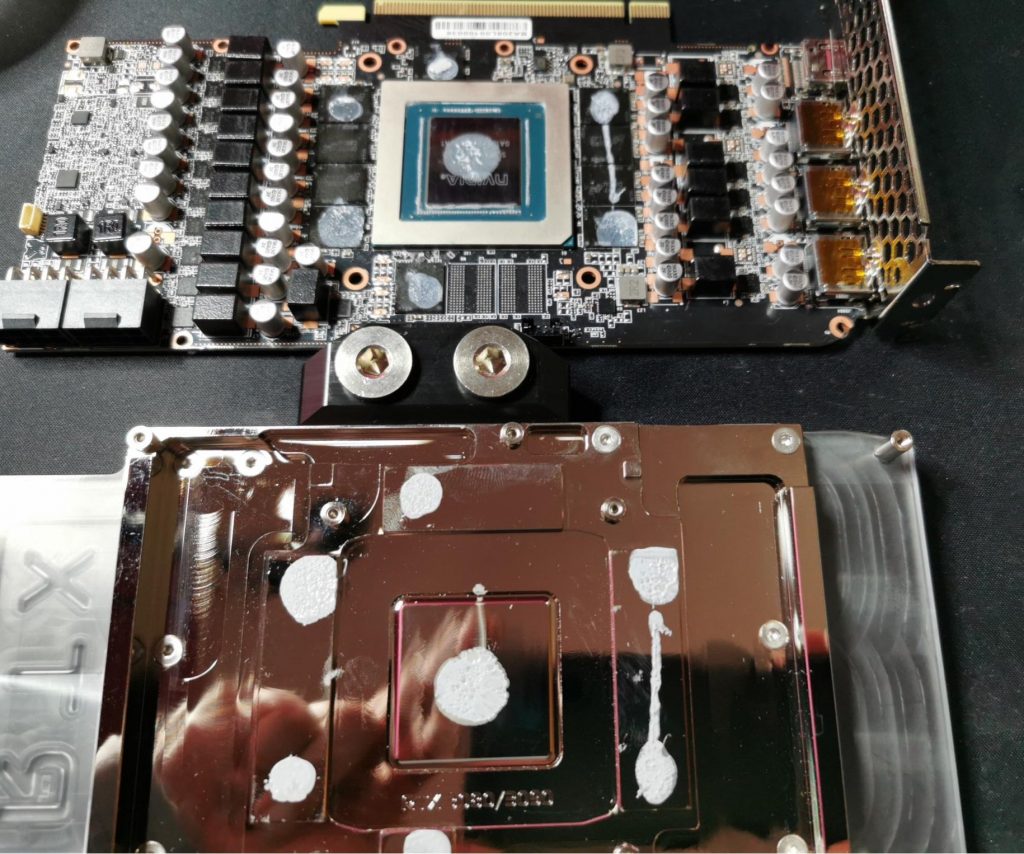 I also have to say something important about the thermal paste, because it is not that simple this time. Either you take the popular, very thin paste from the accessories and risk with too thick layers a slow running away or tearing off of the paste when drying out due to the curvature of chip and package, or you better use an at least equivalent, but more viscous (and thus more stable in the long term) paste, which then also stays where you have applied it. 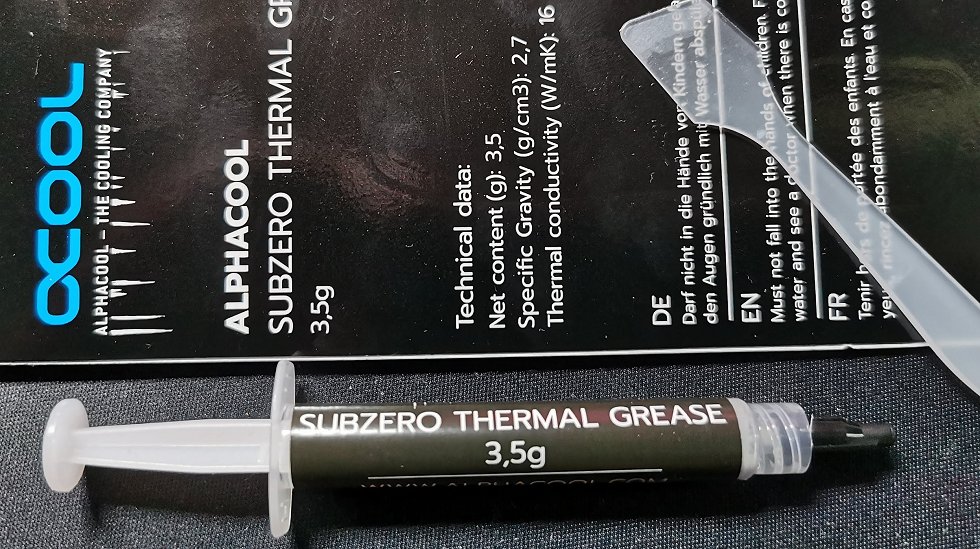 For this reason, I’m going with Alphacool’s Subzero here as I did in the other tests, but it could have been Gelid’s GC Extreme or a similar good product. The main thing is not too slippery when the distances become too large. 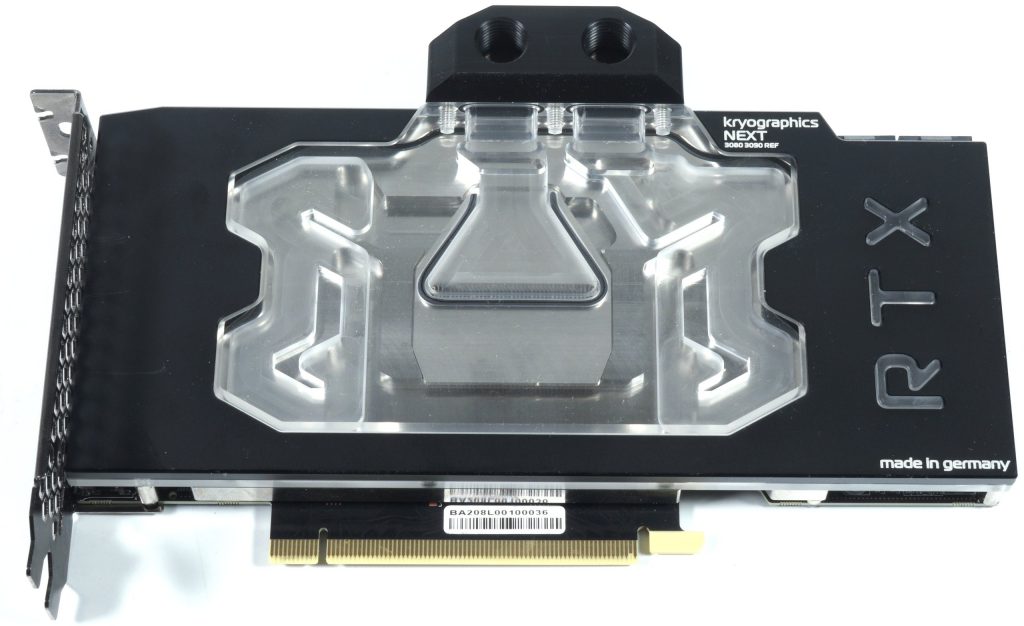 Then you finally screw the whole thing together, connect the hoses and you’re done. 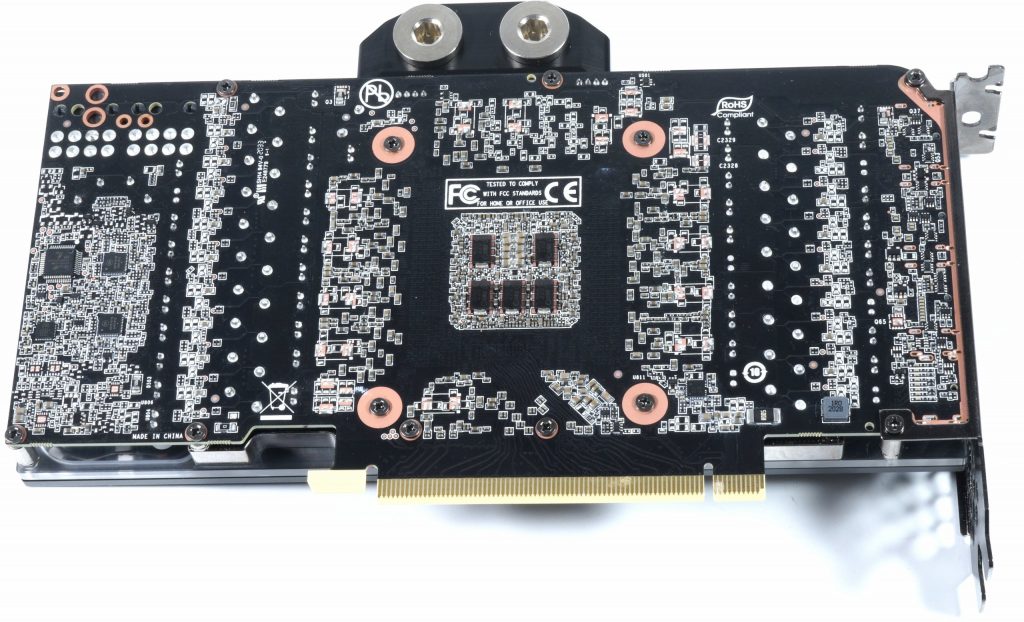 For those who are interested, I have simply attached the manual as a PDF, where the rest for the successful water battle is described: