Aqua Computer now introduces the kryographics NEXT 2080 / Ti and it is according to the manufacturer of the most elaborate VGA water cooler coolers that Aqua Computer has made so far. All components are machined in our own production in Germany with the CNC milling machine and made of high-quality material...

Aqua Computer now introduces the kryographics NEXT 2080 / Ti and it is according to the manufacturer of the most elaborate VGA water cooler coolers that Aqua Computer has made so far. All components are machined in our own production in Germany with the CNC milling machine and made of high-quality material. The complex base plate is milled from 1.8kg of raw material, the finished cooler then weighs about 1.25kg – with a baking plate approx. 1.5kg. 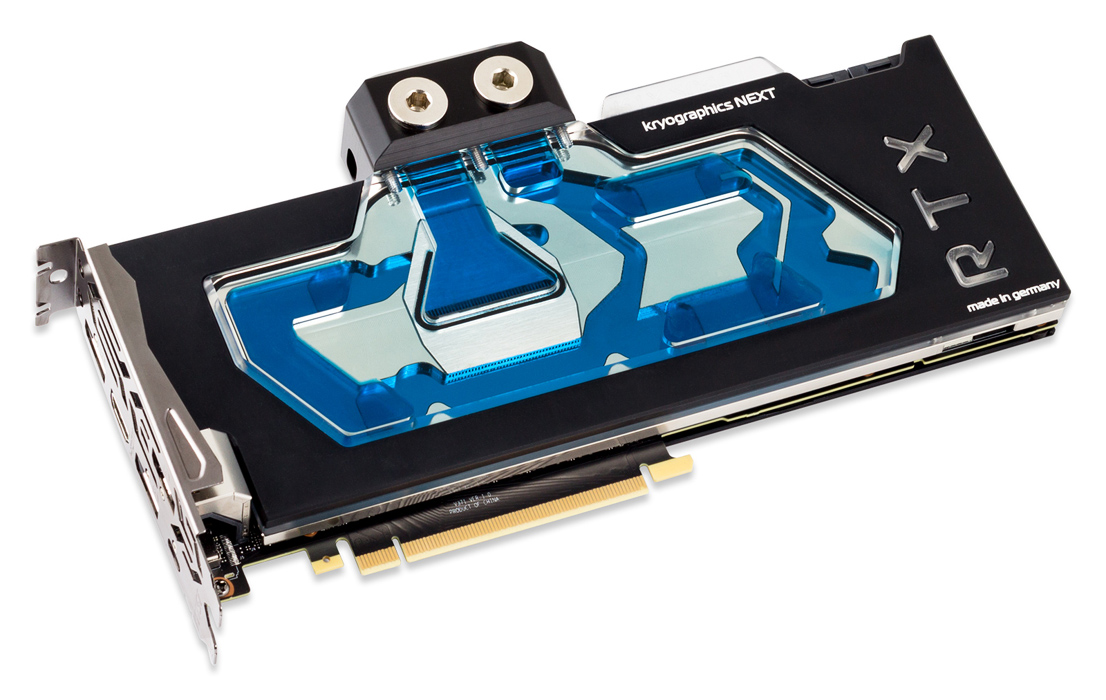 With the NEXT-Generatiion of the kryographics series, function and design have been significantly further developed. The desire for a full-cover cooler has been taken into account, so the solid copper bottom covers almost all of the entire map and cools all components presented by Nvidia in the technical documentation as a significant source of heat. The water flow in the cooler was optimized with partially parallel flow areas on high flow and direct overseering of almost all relevant components.

The cooler consists of a CNC-milled and highly accurate base plate with improved GPU cooling structure. This is covered by a lid made of high-quality Plexiglas GS and a black anodized aluminium housing encloses it. 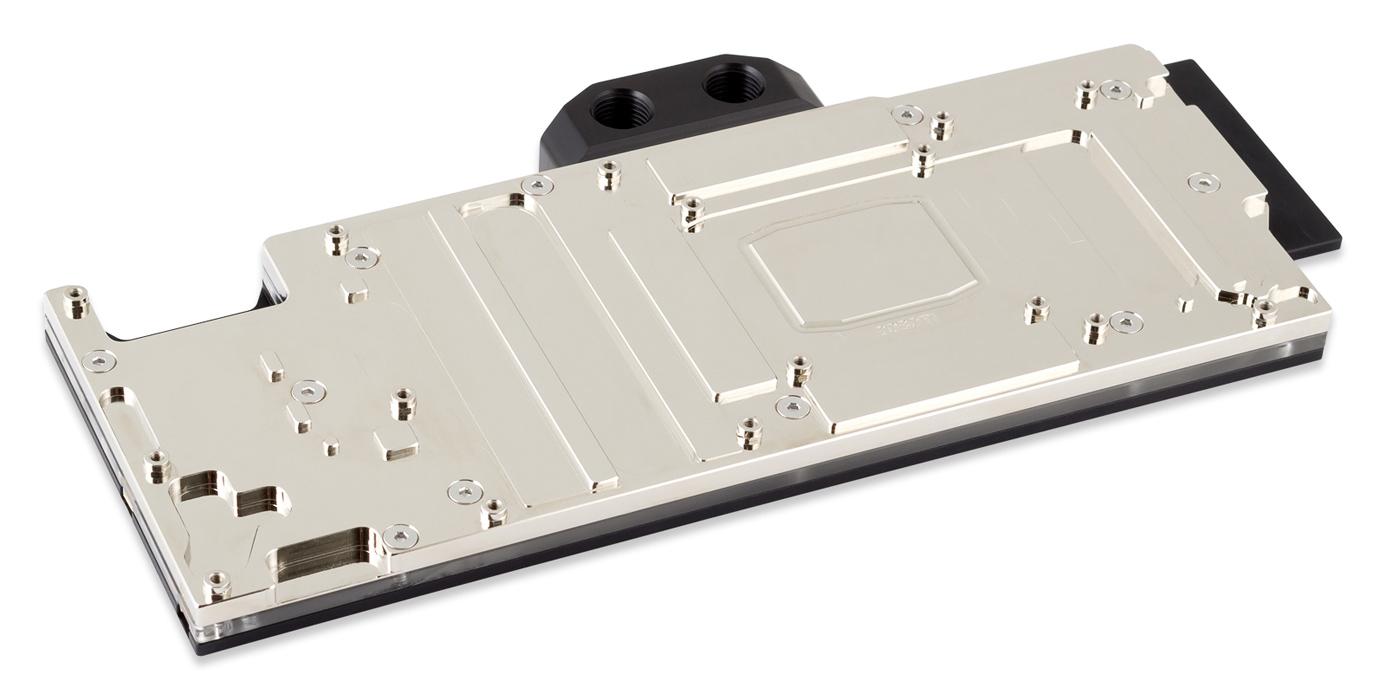 RgBpx LED lighting is integrated in the cooler, which can be addressed, for example, with Aqua Computer's QUADRO control. In addition, an adapter for Asus motherboards is included in the radiator circumference. The cables (IN/OUT) are pluggable and accessible from the side. The integrated lighting has 15 individually controllable digital LEDs and illuminates not only the entire plexiglass lid, but also a logo integrated into the aluminium cover and another next to the terminal. This is the name of the card and is easily visible in ATX enclosures.

The terminals are compatible with the previous cryographics series and therefore the well-known SLI kryoconnect terminals can be used further. A special highlight are the VISION terminals with integrated OLED display and the VISION Glow with additional lighting in the terminal. There will also be terminals with connections parallel to the card later. These are aimed at customers with vertically installed graphics cards. As always, the threads are designed in G1/4".

Also available is a backplate with the option for active cooling by Aqua Computer's patent-protected heatpipe system for cooling the backplate. In addition to the version with Plexiglas lid, there will be a very elegant version with Delrin lid without aluminium frame. Aqua Computer is also working on a chrome-plated backplate. The kryographics NEXT 2080 Ti will be available from next week and can already be ordered from Aqua Computer in the shop. The kryographics 2080 (non-Ti) will not be available until around Christmas.

The model with copper base and plexiglass lid costs 149.90 euros. For a nickel-plated base plate, Aqua Computer charges an additional charge of 15.00 euros. The later version with copper bottom and Delrin lid plate is 119.90 euro. The option with the nickel-plated base plate is also available here. The backplates cost 32.90 euros in the passively cooled version and 47.90 euros in the actively cooled version via a heatpipe. Connecting terminals with VISION are available from 39.90 euros.

CORSAIR M65 RGB Ultra Wired vs. Wireless in a comparison test – Is the statement “A wireless mouse is nothing for gamers!” still correct in 2021?

Aorus X299 Master in the test lab – presentation in the video and a taste of our upcoming motherboard tests
PC Practice: Read all Power Limits of Nvidia graphics cards from firmware with just one click | igorsLAB