Already on 03.03.2021 AMD wants to present the continuation of the current Radeon RX 6000 graphics card family with RDNA-2 architecture. Generally expected (but not yet officially confirmed), however, is the assumption of a Radeon RX 6700 XT, the possible reference design of which can be seen in AMD’s announcement. Whether there will be reference cards at all or if it will be left to the board partners like NVIDIA does today, is still open. 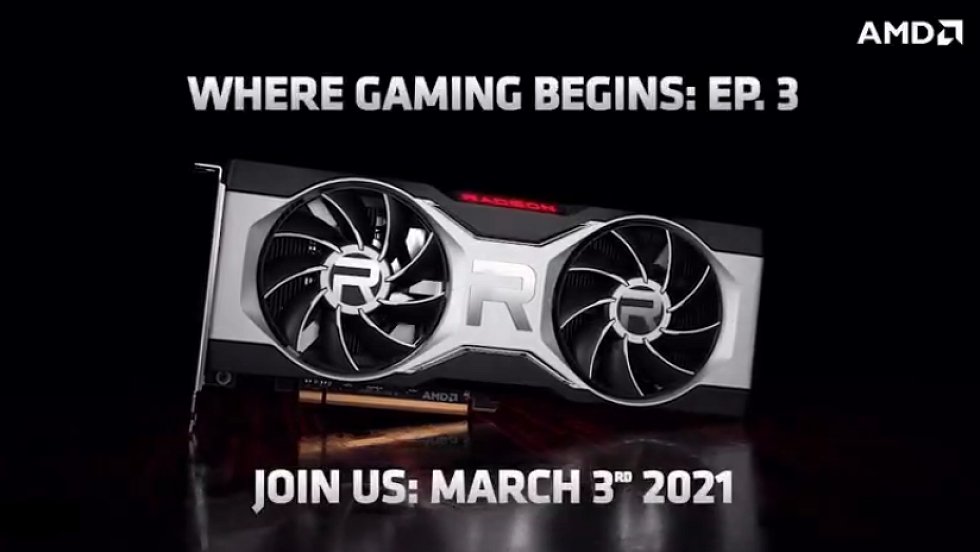 On the other hand, AMD’s tweet, on which my news is also based, does not yet provide any real confirmation of the rumored product and possible reference design. However, two such fans should actually be enough for the card with a colported TDP of up to 250 watts (from about 180 to 190 watts). Incidentally, the comments under the tweet are also interesting, as they are all too often about the rather poor availability of the graphics cards and less about the product itself. This should also be a fairly representative reflection of the current mood.

On March 3rd, the journey continues for #RDNA2. Join us at 11AM US Eastern as we reveal the latest addition to the @AMD Radeon RX 6000 graphics family. https://t.co/5CFvT9D2SR pic.twitter.com/tUpUwRfpgk