Darren McPhee, who we knew from earlier AMD times as “Director, Product Marketing and Content Strategy” (until 2015) and who then came from RTG via various detours to Intel to work there as “Director of Product Marketing, Discrete Graphics” until February 2021, has also returned to AMD. He will now join the team as “Director, Gaming Product Marketing”, which in turn fuels speculation about the future of discrete graphics at Intel. Because already in 2019, shortly after the big announcement, important staff began to leave, including such persons previously poached by AMD. 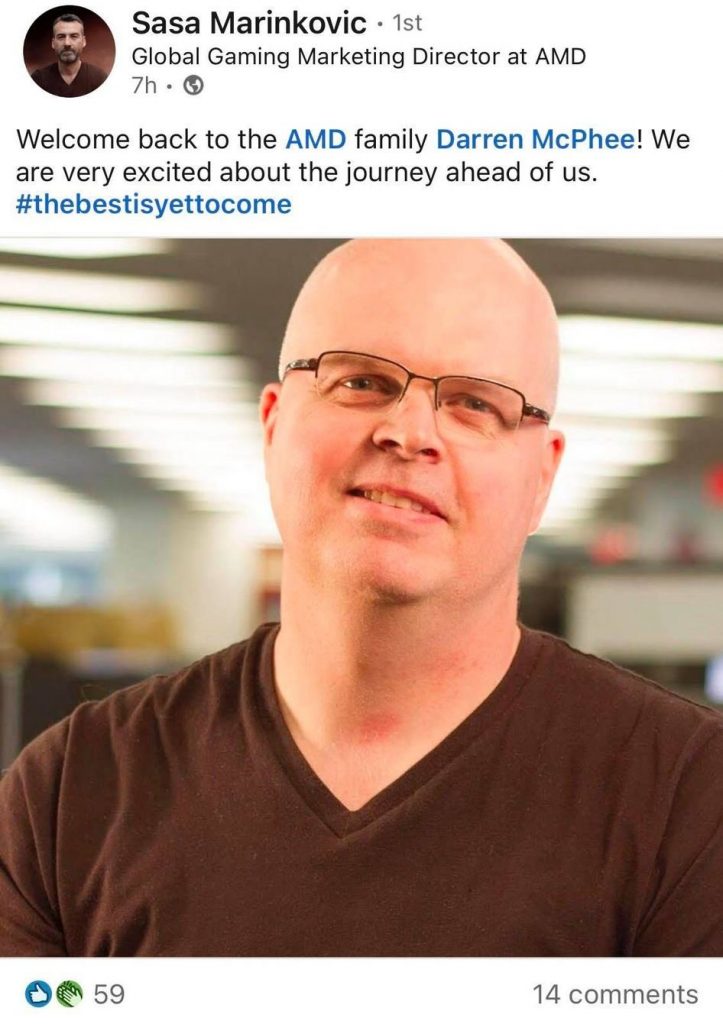 After unconfirmed information that the entire team of the Graphic Control Center, which was announced in 2019 with a lot of effort, has already been disbanded recently, this personnel change is now not entirely unexpected, however, and confirms exactly these rumors. What impact this will have on Intel’s ambitions to become a third player in the discrete graphics card market alongside AMD and NVIDIA remains to be seen. But when you add up all the confirmed changes and as-yet-unconfirmed information, there’s not much left of the “Join the Odyssey” vision announced in 2019. Unless you take the slogan too literally. But let’s be surprised, maybe they still have an ace up their blue sleeve.

As a bit of a refresher, I also have the video I took back when the big announcement was made: