Today’s article will focus exclusively on the heatspreader of the Ryzen 7000 CPUs and, of course, on cooling, the optimal application of thermal paste and the question of where the nasty hotspots actually are. Not only does the CPU look significantly different from its predecessor, but the Integrated Heatspreader (IHS) also brings with it various problems that we want and even have to talk about today. Of course, you can get upset about a lot of things, but you should also get to know the causes and the possible consequences better beforehand. 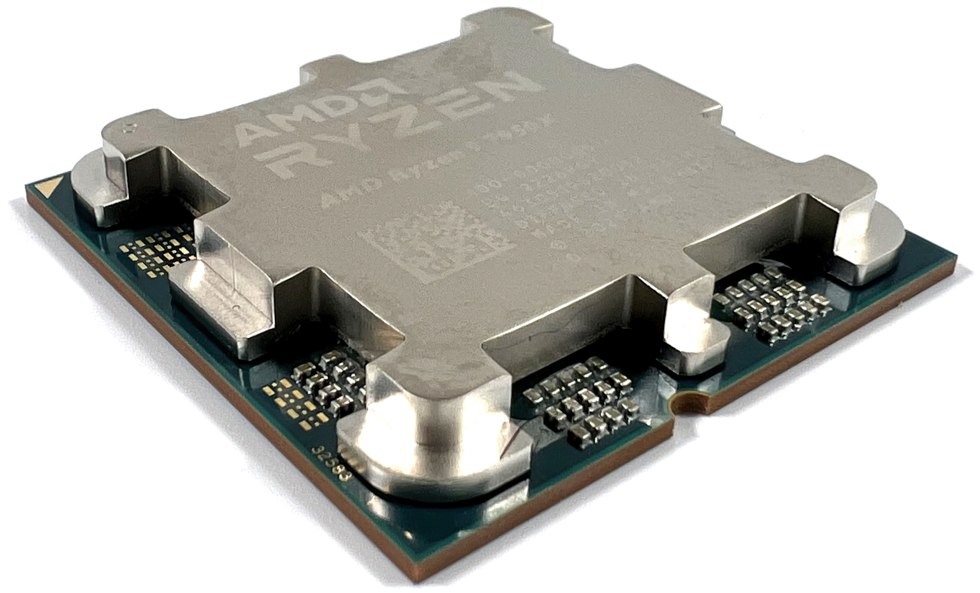 What is different about Intel’s Alder Lake on the LGA 1700 socket? Almost everything!

We have already written a lot about bending on Intel’s current LGA 1700 socket, i.e. the bending and tilt of the CPU and socket, as well as a bit of a rant (probably rightly so). The base, i.e. the counterpart of the CPU holder, is a highly massive backplate that is absolutely torsion-resistant, unlike Intel, and stabilizes not only the socket but also the motherboard almost ideally. 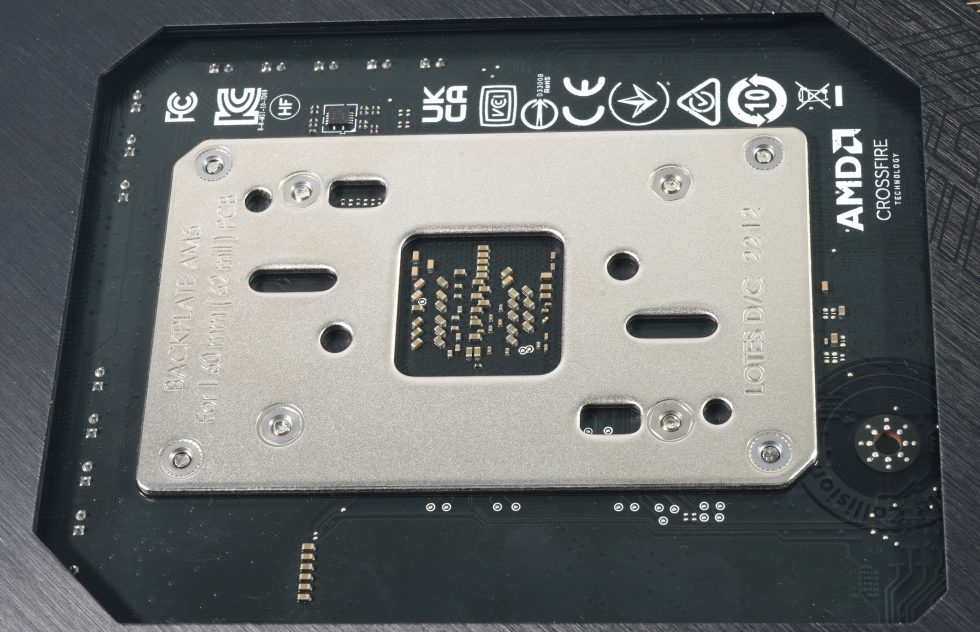 The front side is just as tricky, because even after the CPU has been inserted and the bracket has been tightened, everything remains completely flat. This can also be checked quite easily with a short straight edge, and there is nothing convex or concave even after repeated tightening and loosening, but it remains almost ideally flat. 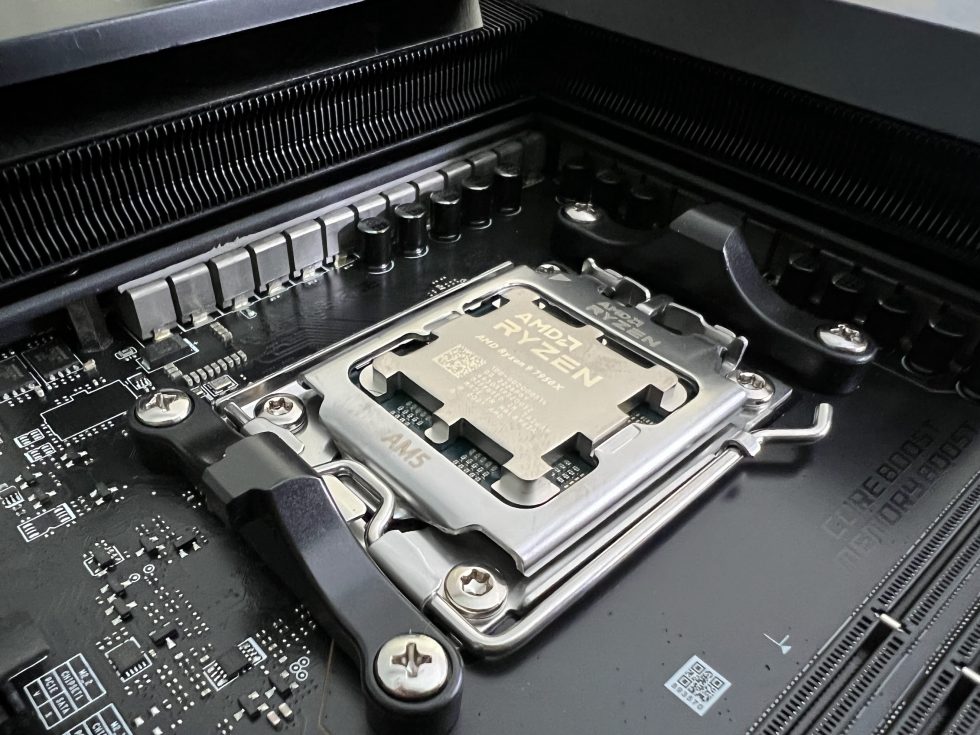 This is also due to a special feature of the IHS, namely its downright exaggerated thickness of the lid base. That’s the one we’re going to take a look at now, because I put it under the 3D scanner and scanned it quickly. We see a height of 4.55 mm from the top edge of the IHS to the board of the LGA board including the adhesive layer.  I would therefore assume that the lid itself is 4.5 mm high and the rest is accounted for by the adhesive layer with approx. 0.05 mm. The heel in the edges is around 3.42 mm when viewed from above, the more protruding lower part is then logically 1.7 mm high. The actual thickness of the top surface to be overcome by the heat flow, including the residual thickness of the bead of 0.62 mm during cold forming, is a whopping 3.42 mm plus solder!

Roman Hartung kindly provided me with the exact thickness of the lid down to the hundredth, because I didn’t want to decapitate the CPU (yet) and estimating such values via the camber is always really inaccurate. i would have guessed around 0.5 mm and thus been slightly off the mark. So better ask. 🙂 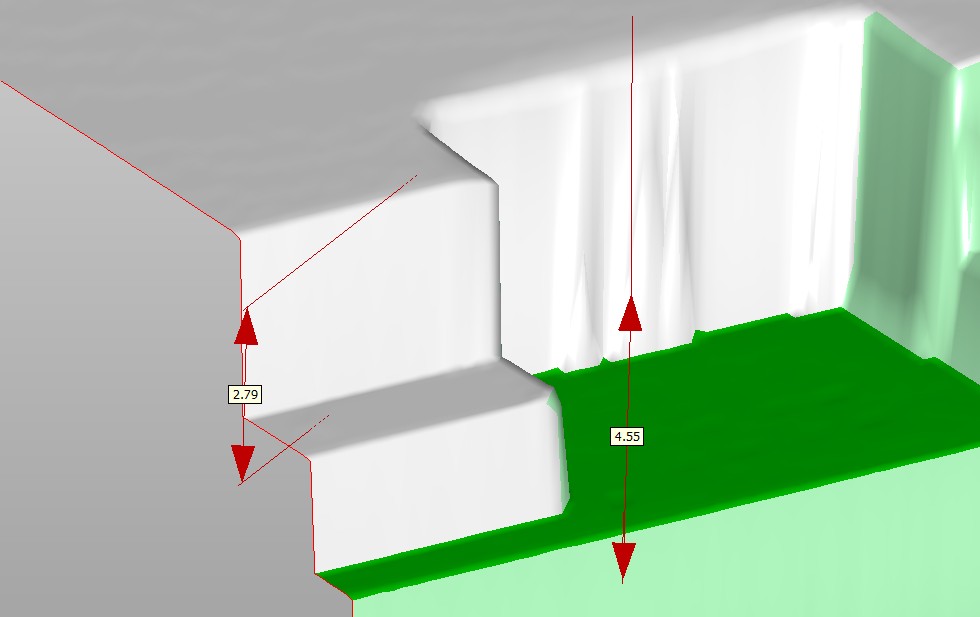 If you ask the R&D departments, you will unfortunately get two very different answers, but they are not completely mutually exclusive. On the one hand, there is of course the intended socket compatibility to the existing AM4 coolers and waterblocks (contact pressure!), on the other hand the guarantee of absolute stability of this setup to better protect the thin chiplets as well. The fact that AMD even goes so far as to set the temperature to 115 °C in manual OC without PBO shows a certain trust in God and probably also the knowledge that the IHS is rockstable enough. At least to withstand all the thermal changes and contact pressures without complaint and to protect the chiplets largely from the harmful stresses. In addition, the CCD and the IOD are manufactured in different structure widths.

I installed and removed the Ryzen 7700X several times, heated it up to the maximum limit, screwed various water blocks to the maximum and without stoppers (!) until I was gripped by fear and then scanned the CPU again to get an impression of the possible deformation of the IHS. But what deformation? You can probably even drive over it with a car, it remains more or less flat. Here, consider the last of the three values, which is the respective height above the reference surface in the scanner.

The value of the mean measuring point in the IHS is 47.93 mm. Except for the points at the slightly sloping edges, whose height is of course somewhat lower due to the cold forming process, the IHS is still almost the same height within a range of 0.02 to 0.03 mm deviation, even after all the modifications. This is then also approximately the value that the layer needs for an optimally applied thermal paste. You can easily live with that and it is clearly less than the up to 0.2 mm of the LGA 1700. 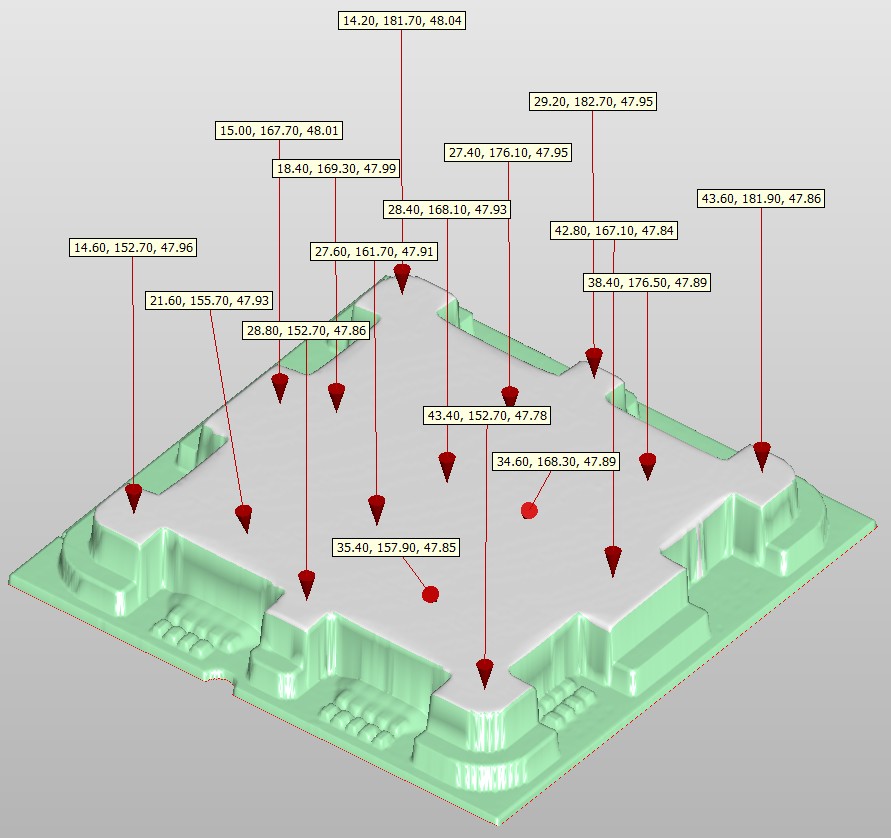 However, we should by no means be jubilant here, because the IHS’s thickness of around 3.42 mm and the material also give reason to think. The sum of all thermal and heat transfer resistances is really immensely high! Thus, I measured a delta of 18 to 20 degrees between the package (external sensor or GPU sensor values), depending on the CPU. The Ryzen 9 7950X with 2 CCDs was even the “cooler” CPU compared to the Ryzen 7 7700X in this regard.

Wo kommt der Screenshot her? Amazon?

This is Heartcore, Baby. Unbroken.