Except for a recent announcement and a first launch, it has been very quiet around AMD’s Radeon Pro portfolio of professional workstations for quite some time, which also rely on certified drivers and ECC-RAM, because especially in the professional environment such standards have to be met. While NVIDIA has been left almost without a fight for months, the Radeon Pro W6800 is supposed to score against the NVIDIA Quadro RTX 5000 and beat it in efficiency.

According to AMD, the now-unveiled Radeon PRO W6000 workstation graphics cards offer “exceptional performance, stability, reliability and a host of innovative features.” AMD, as it sees it, has developed these new graphics offerings to support demanding architectural design workloads, ultra-high-resolution media projects, complex design and engineering simulations, and advanced image and video editing applications. So much for marketing, but what happens in practice? That’s what I’m here to find out today.

What and how much of the plans will really arrive in practice is of course first of all up to AMD and the hoped for consistency of the further development, but also up to the acceptance of the customers, who have to be convinced again to buy another product. In my view, this is the most important factor at the end of the supply chain, because often enough, advanced technologies have failed not because of themselves and supposed sacrifices in performance and productivity, but simply because of rejection by users . This is also where my test today must and will come in. 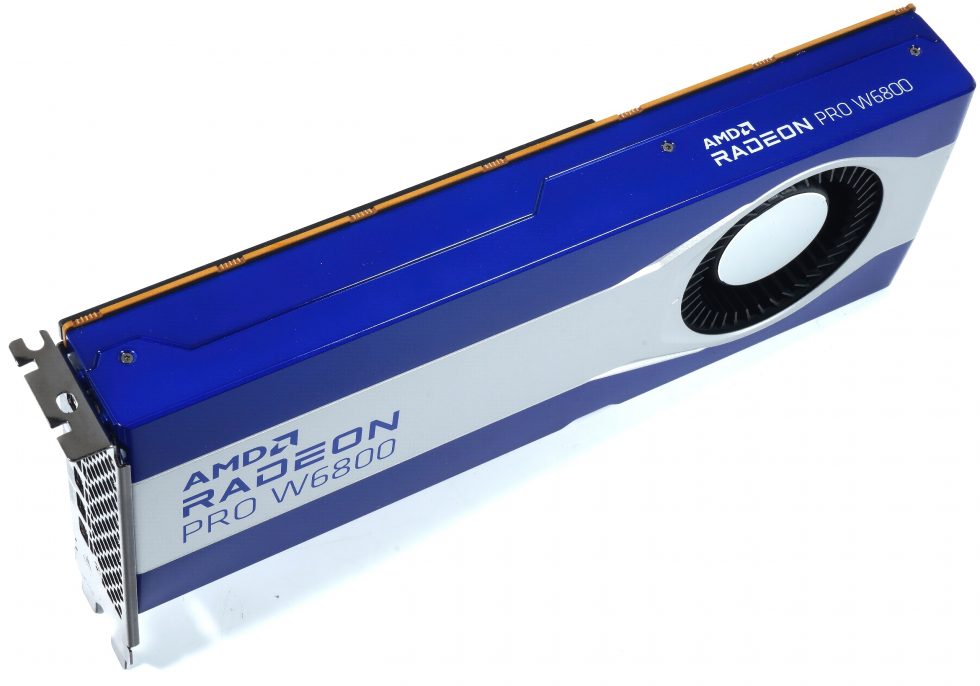 I’ll be testing this card in some full-featured brandnew high-end applications and comparing it to NVIDIA’s relevant Turing-based Quadro RTX cards, as well as its direct predecessor, the Radeon Pro W5700. But what I can spoil in advance is the extreme increase in performance and efficiency within the Radeon Pro family, which was not to be expected in this amount. The card makes a really good figure in almost all areas and NVIDIA will probably be able to warm up in some areas. Otherwise, what has already been written applies with consistency and acceptance, because success is not only about the bare hardware

I would also like to make a side note: The following images of the card were taken by me with a Sony A7R, optimized and cropped on the workstation with today’s tested Radeon Pro W6800 and Adobe Lightroom Classic as well as downsized and finally post-processed with Topaz Gigapixel AI (although there is still a lot of potential in the workflow, which is probably due to Topaz Labs). But for that I have the benchmarks later. This graphics card, like all RX 6000 models, can handle the new video codec AV1, it also supports DirectX 12 Ultimate for the first time and thus also DirectX Raytracing (DXR). 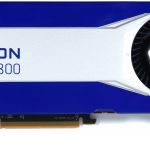 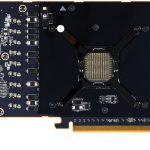 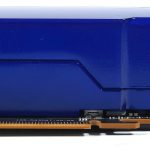 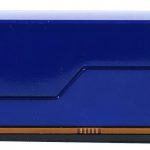 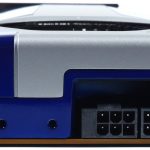 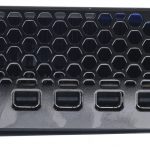 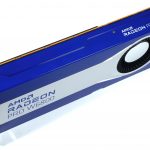 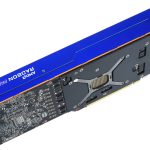 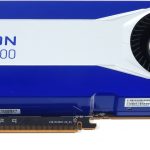 The card weighs 1109 grams and is thus not really a heavyweight. It is with its moderate 27 cm still well installable, is the usual 10.5 cm high (installation height from PEG) and in addition 3.5 cm thick (dual slot design), whereby still a partial Backplate as cooling for the backside installed RAM and the PCB with altogether five further millimeters are added. The body is made of blue painted light metal and plastic. Haptically this is okay, visually it is oriented towards the general and already long practiced color scheme of AMD’s workstation graphics cards.

The card is supplied via a standard 8-pin and a 6-pin socket, so everything remains as known and used. AMD relies on the DHE principle (Direct Heat Exhaust) for cooling and a quite potent, but not too loud 7 cm radial fan. So, the announced air leaves the case on a direct way at the back, which is really praiseworthy.

The slot bezel is equipped with a honeycomb grille for the air outlet and carries 6 Mini-DisplayPort sockets (1.4). This saves space so that the hot exhaust air can really escape well.

With the 60 compute units (CU), the card has a total of 3840 shaders. While the base clock is specified with 1575 MHz, the boost clock is up to 2300 MHz, which isn’t quite reached in practice, though. The card relies on a whopping 32GB of GDDR6 at 16Gbps, which is made up of 8 modules of 2GB each on the front and back of the board. This includes the 256-bit memory interface (512 GB/s bandwidth) and the 128 MB Infinity Cache, which is supposed to solve the bandwidth problem. 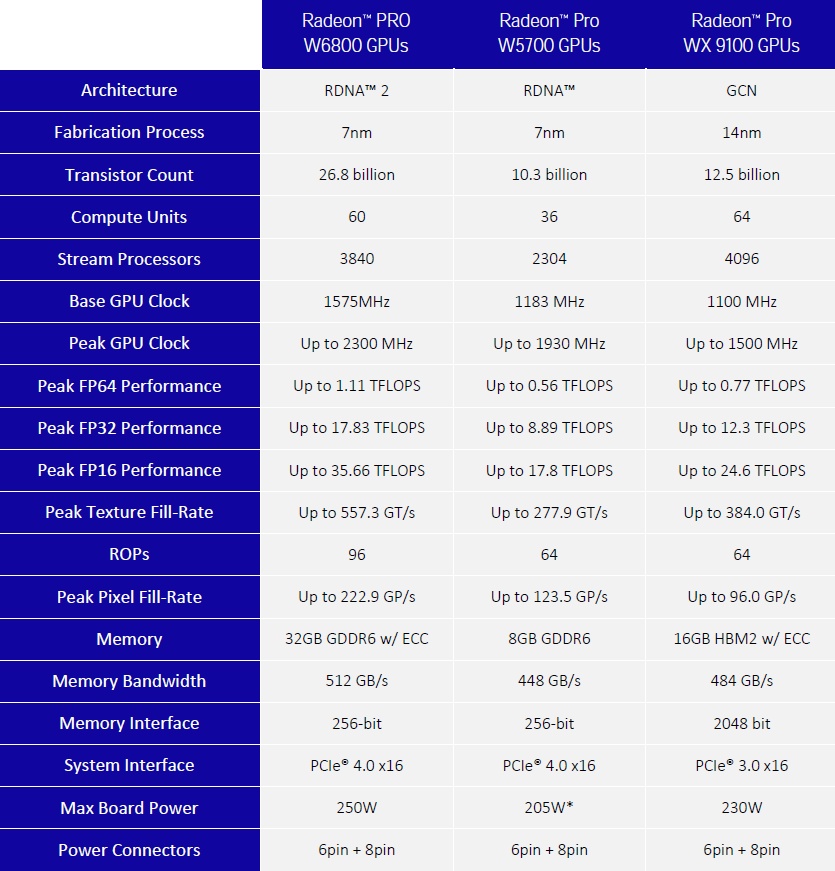 To get more information, I extracted the BIOS and examined the data with the help of the MorePowerTool. Among other things, you can also see the limitation in the settings in the driver, because in the Pro version significantly fewer options are released and the Wattman is virtually missing. However, you could definitely tweak some options via the MorePowerTool, while with others the card then no longer displays an image and you have to reset the MPT. 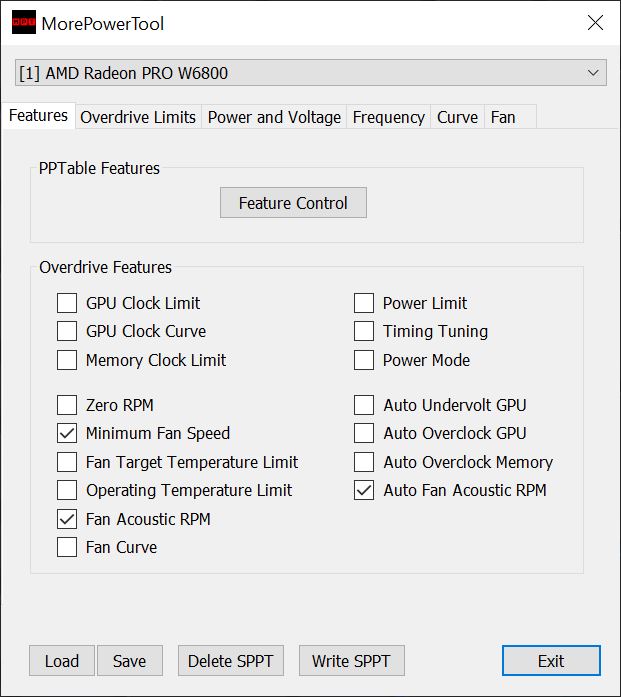 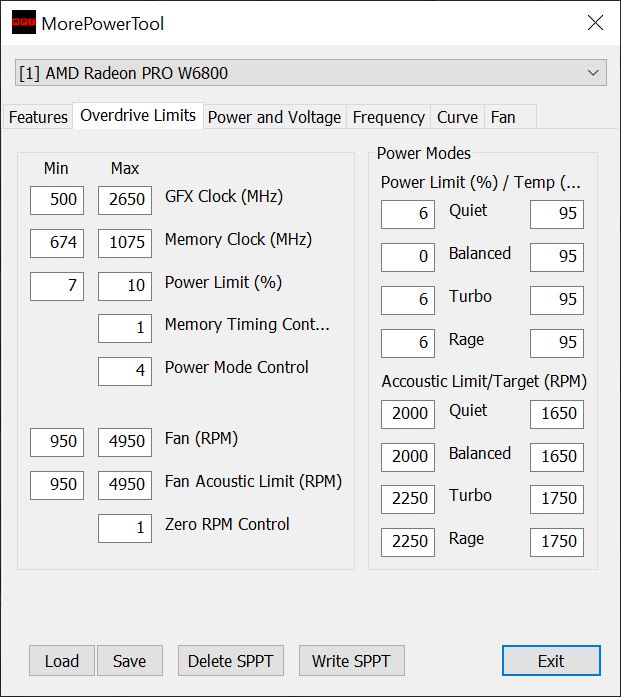 Those who render a lot could, for example, increase the TGP (Power Limit GPU) to 250 watts, which increases the maximum clock under load not insignificantly. In purely graphical output (AutoCAD), however, this is of little use, since unfortunately you cannot increase the boost as well. 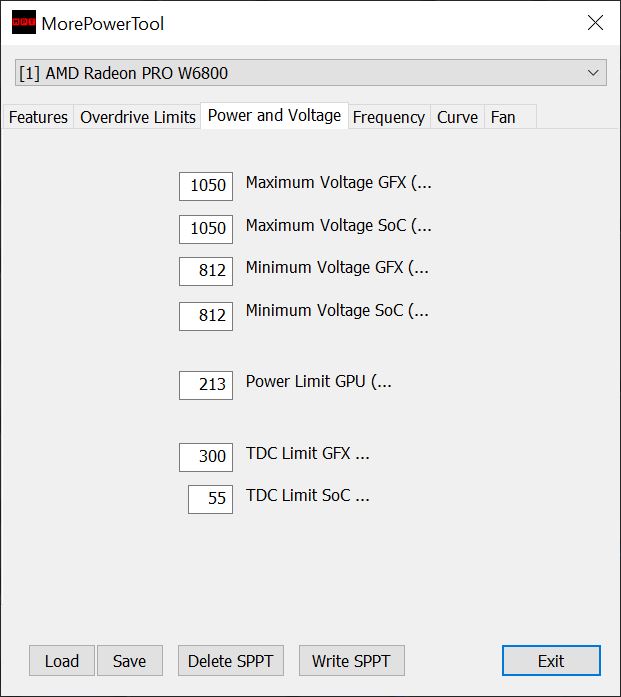 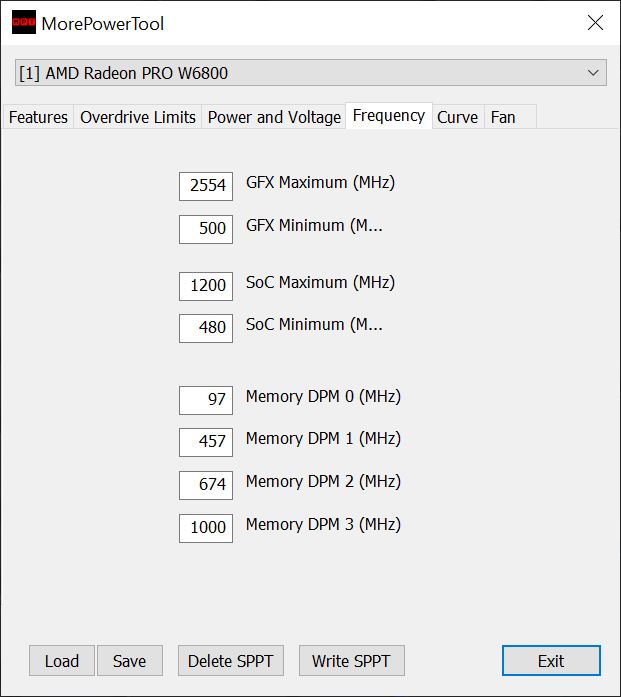 If you like to play on the Curve, there’s something going on there too, although it really has to be said that the card has been trimmed for performance and efficiency. You can’t really do much more than that, because it’s not a gaming PC. The fan, on the other hand, can still be optimized, since the noise development can be weighed between a higher clock rate with a cooler card and a slightly lower clock rate with a quieter card. Purely a matter of opinion, as always. 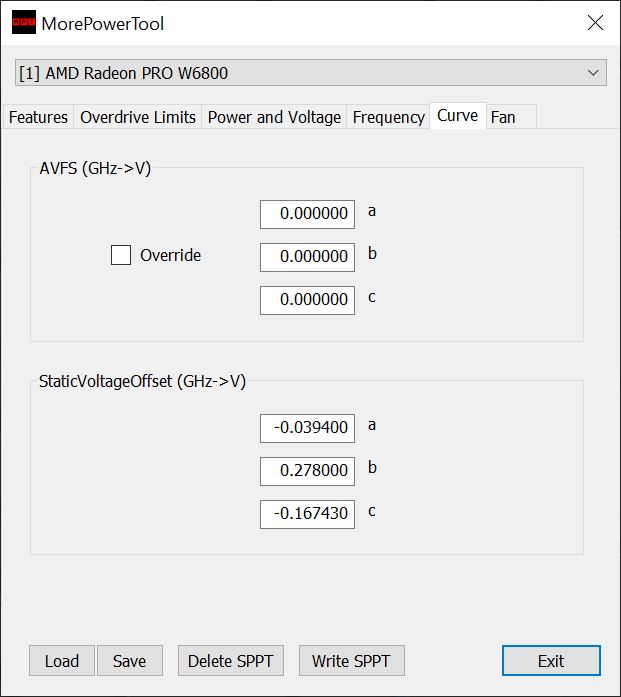 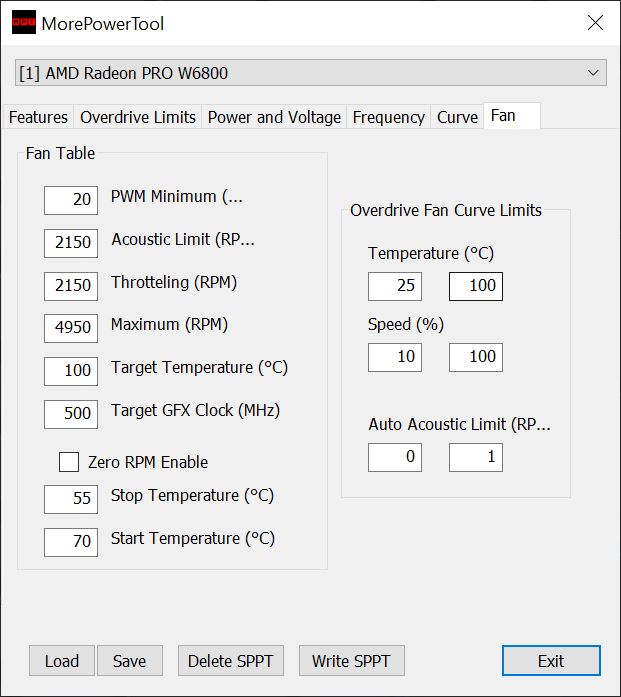