Things are starting to get interesting, as AMD’s portfolio of real-world graphics chips is also expected to grow again soon. During the digital Computex 2021 AMD already presented its new lineup of mobile graphics cards based on the current Navi GPUs. The three graphics cards announced there were the Radeon RX 6800M as the top dog, the RX 6700M for the ambitious user, and the RX 6600M as the entry-level model. So far, however, only the Radeon RX 6800M has been integrated into currently available laptops, but that’s likely to change soon if the latest Radeon RX 6700M leak is to be believed. 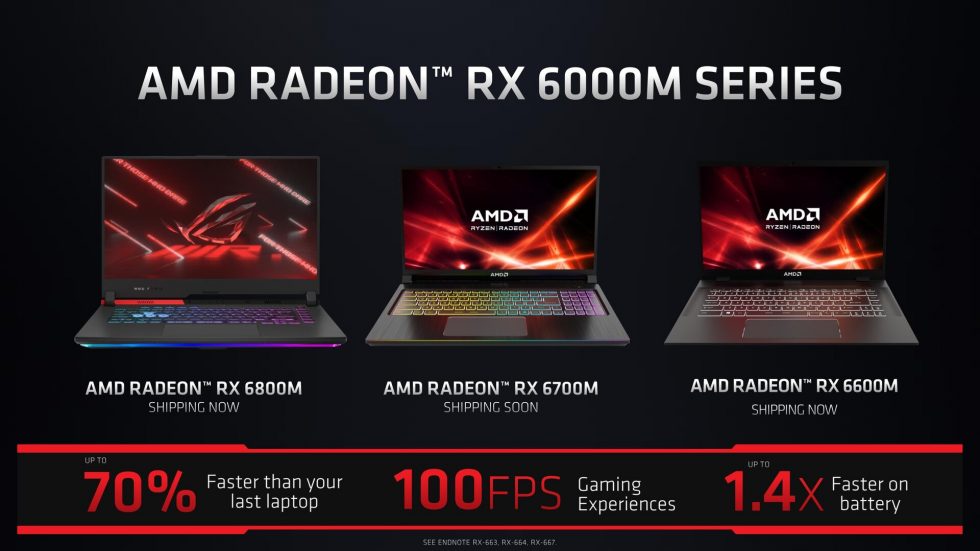 In its latest leak, _rogame has spotted two entries of an AMD Radeon RX 6700M in the 3DMark database. Interestingly, the card even appears in the database as Radeon RX 6700 XT, but it is certainly not a conventional desktop model. This Radeon RX 6700M with 10GB of memory expansion is paired with the AMD Ryzen 9 5900HX, once again confirming that it needs to be in a laptop. 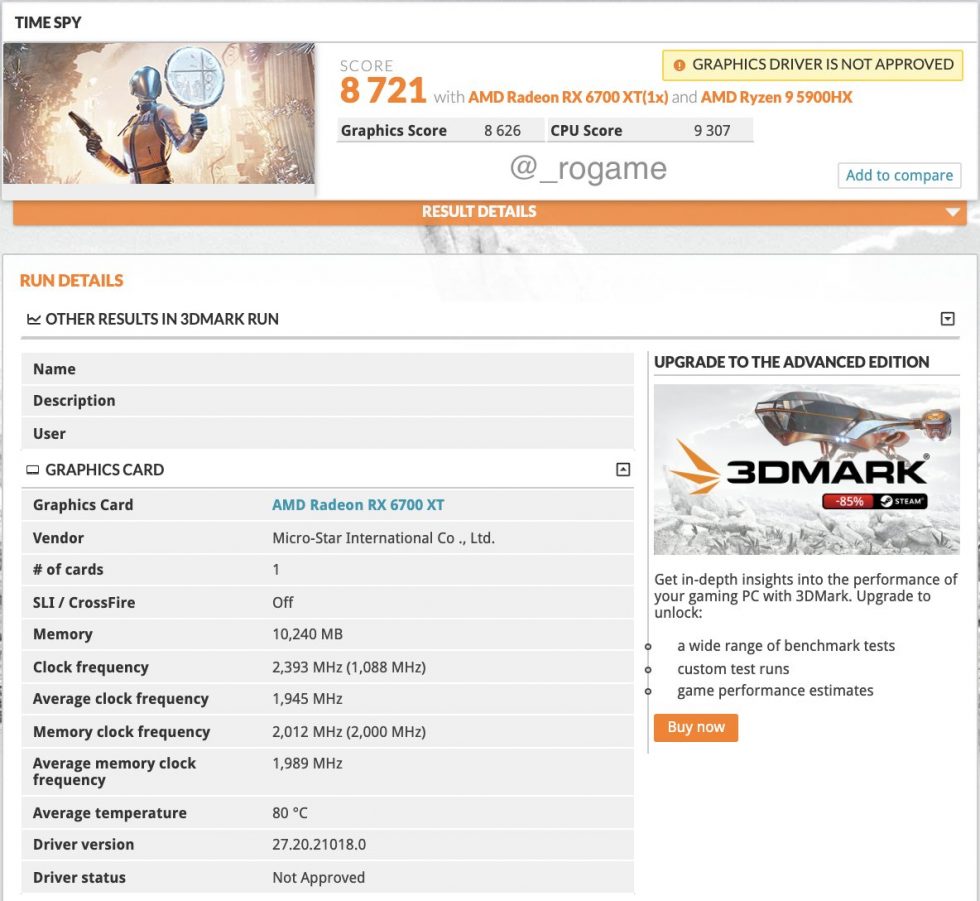 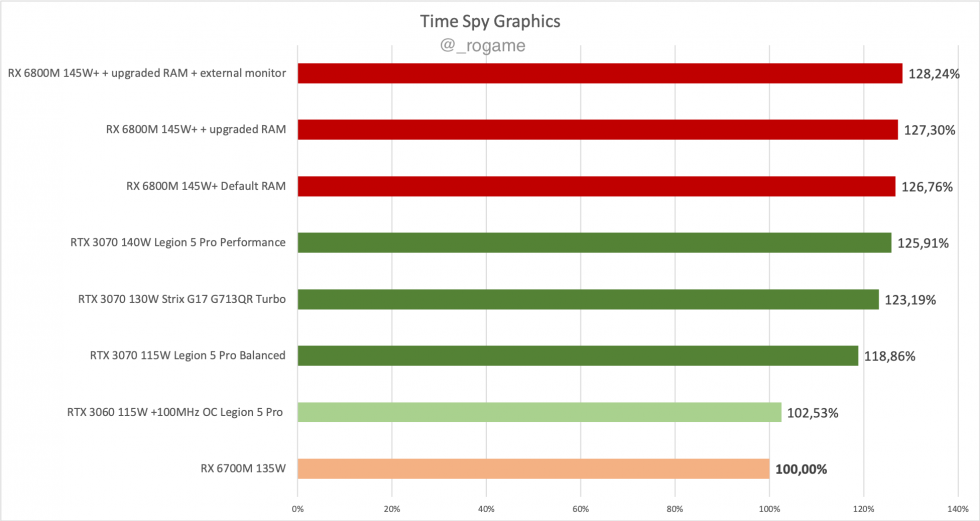 The AMD Radeon RX 6700M relies on the well-known Navi 22 GPU, which has 2304 stream processors. On top of that, there’s 10GB of GDDR6 memory hanging out on a 160-bus. The card’s TGP is 135 watts, which is in line with NVIDIA’s counterpart, the RTX 3070, but doesn’t include the board’s other losses like NVIDIA does (only GPU and memory are considered here). The AMD Radeon RX 6700M doesn’t have an official release date yet, but it won’t really be long if laptop OEMs are to be believed.