With street prices starting at around 16 Euros, Alphacool positions the brand new Rise Aurora 120 mm as a mid-range fan for cases and especially radiators. Without wanting to spoil it in advance: the fan was a real and above all positive surprise, because it was not only worlds better than the direct predecessor model in the test, but it could also more than hold its own against the reference fan in many respects. Of course, that’s a lot of advance praise, but it’s well justified by the test results. 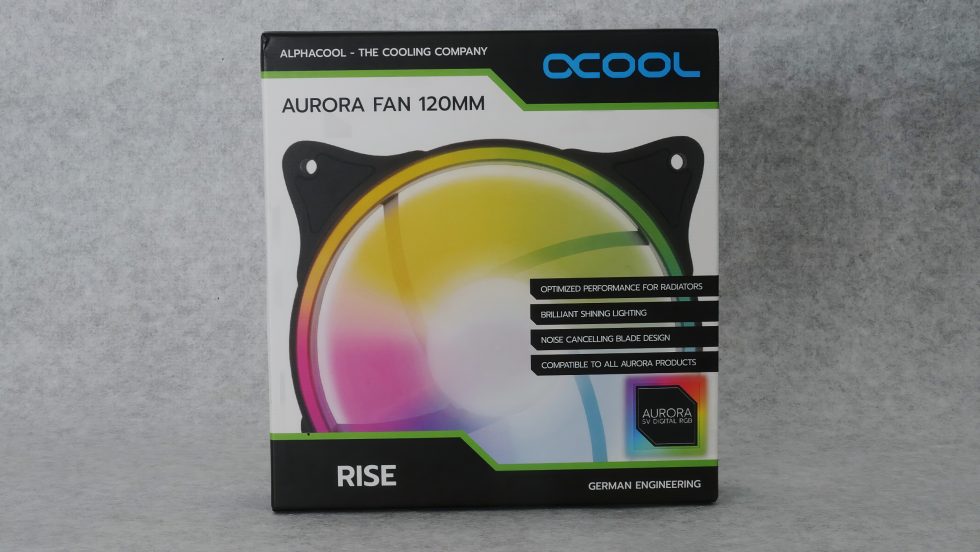 Alphacool has not been lumpen and uses one of the renowned manufacturers for the fan instead of a rather cheap low-budget scoop. With Power Logic, an experienced manufacturer has been chosen who also supplies other suppliers with suitable products. In the end, of course, as always, you get what you pay for and not an ounce more. Which brings us to the weight, which turns out quite decent at 180 grams, but also relies on a decent drive. We’ll have something on that in a minute. 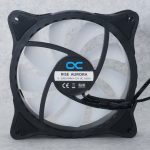 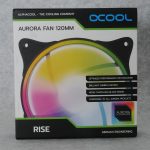 Yes, the part shines colorful and ARGB seems to be the first civic duty at the moment anyway – so here at Alphacool they have served the market appropriately. What’s appealing about this is the fact that both the translucent hub glows, as well as a thin outer ring. Despite all this bulb implementation, the diameter of the rotor blades doesn’t really suffer, so the fan not only lights up, but also delivers properly. 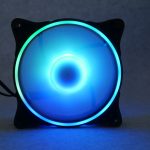 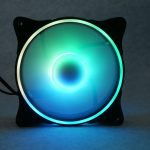 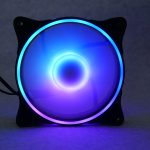 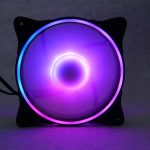 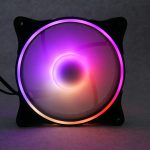 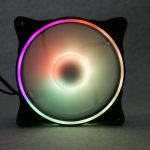 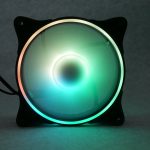 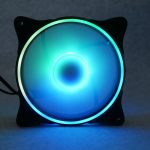 The fans can be cascaded on the ARGB, but Alphacool does not include an adapter to the motherboard’s Preci-Dip connector (5 volts). Of course, other Alphacool products such as Eisball, Eisbär, Eiswolf & Co already come with adapters and you can simply clamp the fans with it, but who wants to use this fan outside the Alphacool universe, must put an extra adapter in the Alphacool shop on top. With 5 euros one is already well there, but for it the purchase price of the fans is rather fair.

In order to achieve this, Alphacool relies on somewhat cheaper plain bearings, but due to the design, this only has a negative effect on the service life if the fan is directly exposed to heat. The maximum 40 °C on a radiator is certainly not one of them, even when used as a case fan there is rather no alarm to fear. It is better to use a good plain bearing than a clumsy double ball bearing or a very cheap FDB bearing, whereby plain bearings are characterised by a more restrained noise level, especially at lower speeds. So you can’t have everything.

On the next page you will first see how and what we test and why. Understanding the details is extremely important in order to be able to objectively classify the results later. The differences between many models are more in the details and THE best fan for all situations can hardly exist. There is a certain optimum in every situation and of course there are also good all-rounders. But they usually come at a price. But if you plan to use 60mm radiators for example, you might save money by choosing the best model for your application, which might not perform so well as a case fan. And vise versa, of course.


Since the fan is not yet listed in Geizhals, I have exceptionally times the shop link included: