So now it has only just begun, the complete RTX’ing of the whole universe. Because if up to now either the prices for the powerhouses or the missing muscle weakness in the lower shelf area were gallantly in the way of a traced mass infection, now finally also for the small price people we will se nice amping and shading! I admit, the price surprised me (positively), even though I already knew many things and I almost had to bite off my tongue in the weeks before the launch. I still have the sore muscles in the area below the chewing bar today. 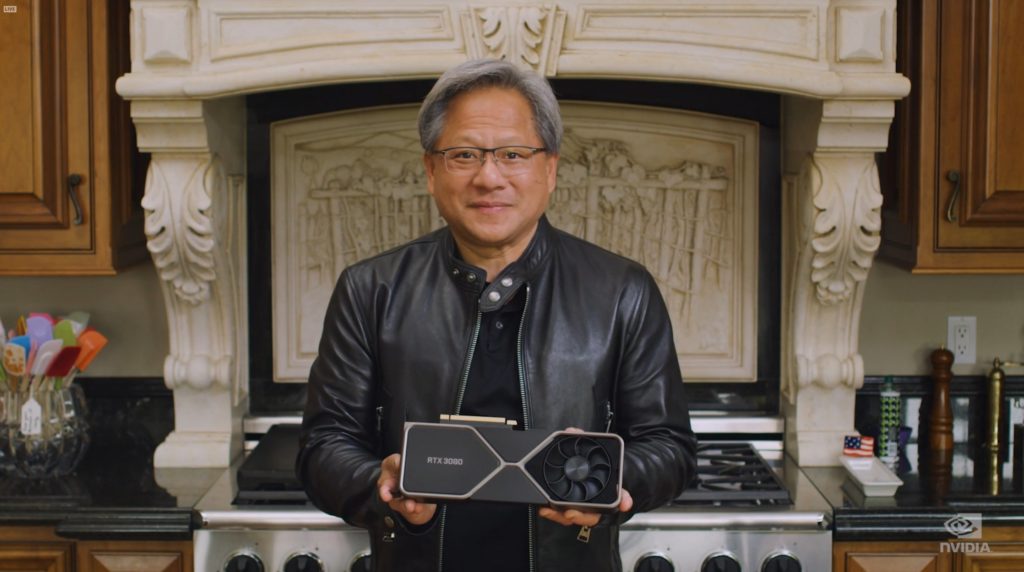 But Mother Teresa does not suddenly become Father Jensen and the 499 bucks are not a milestone in the digital indulgence trade or the fear of Aunt Lisa’s possible counterattack, but rather a well-considered calculation. The competitors, but especially Intel, are forced to completely rethink their own calculations in the middle of the momentum to counter-attack. You know how it is when you’re so beautiful when you put the comfort zone in and suddenly everything turns out completely different and you have to rearrange everything again.

And indirectly, NVIDIA currently does not even have to think about completing its RTX portfolio. Just under 500 euro for the performance of a GeForce RTX 2080 Ti will push the hunchbacked Turing affinity brutally towards the middle class and below in terms of price, especially on the used market. Until all of these cards have changed hands at least once more, Christmas 2021 and NVIDIA will be a few bucks greener. 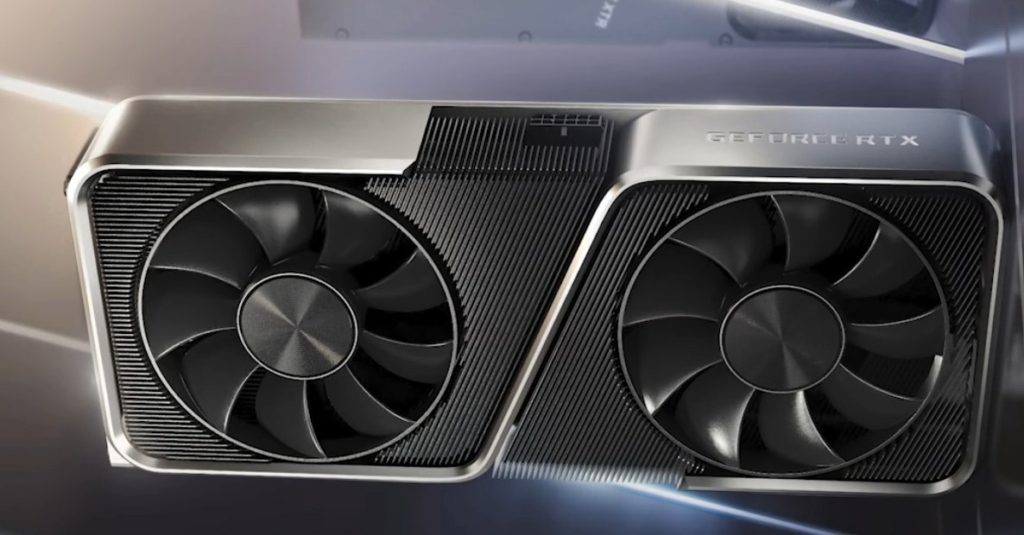 In fact, NVIDIA manages to push the second-hand market extremely towards the earth’s center with the (from the manufacturers’ and dealers’ point of view) rather ruthless price, which will lead to a truly underground price and resale value of the current generation. And what about grandfather Pascal? Jensen could not and did not want to stifle exactly this side blow against all the dynamic Turing jumpers in retirement age with the immortality gene. The GeForce RTX 3070 doesn’t primarily become a killer in foreign terrain at the start, but rather tends to be a potential cannibal with a tendency to mean domestic violence. Condolences were offered.

The shader-packed GeForce brothers with the 80 and 90 on the back number almost take a back seat, although the flowing amps are supposed to be the new testosterone. Hot 12-pole against cold North Pole and the crevasses are meanwhile melting away quietly crying in humility. But power comes from fuel and the typical Alpha-Kevin will simply leave out the reading lamp while daddling. If he even remembers why the thing is called that.

Yes, NVIDIA has already presented quite a lot, because apart from the cerebral breathing disorder with all the “ah and oh” during the streamed kitchen service, some viewers probably simply lost their breath or got stuck in their throat. Depending on when he/she has just bought his/her shiny new car.  In addition, there are at least some great software surprise eggs as a consolation. Latency away via driver? You like to take it with you! Backgrounds only disturb, so get rid of them. No matter whether in the video stream or while thinking. Letting go and consuming, that’s how it works today. Don’t. But you have to admit NVIDIA that the speech will be well received by most people. Buy command from the very highest hardware instance. Amen. 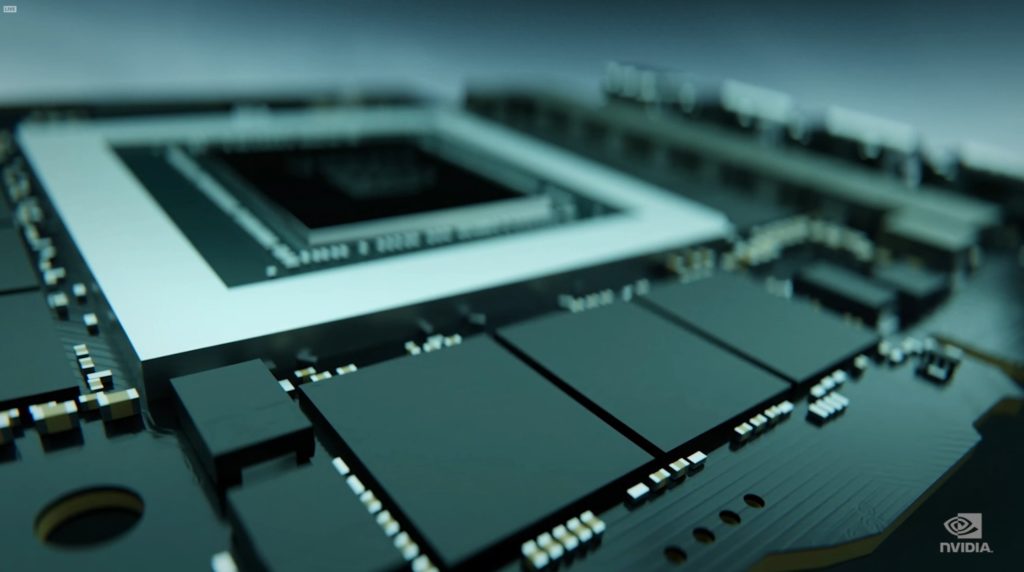 I don’t even exclude myself (quite privately), even if I could be perceived (at least partially) as a critical observer. More beautiful dying with RTX as a motive for suffering? The raytraced death was so far particularly slow and thus more cruel than all the innumerable tear pixels of the own purse. Now, however, suddenly tensor-guided spills and dies much more real if the skills fail. Also in especially beautiful and with extra-soft and photorealistically illuminated shadow rings under the eyes.

But I honestly admit that I have not really succeeded in completely escaping the technical fascination, on the contrary. This is nerd food of the very finest kind and the dearest Maya flirts even more fiercely with her Arnold, the old Blender. So pure OptiX has made Jensen’s green world even more colorful. Target reached. Only I will not expose myself and shoot such hollow phrases like “Just buy it!” into the verbal bought orbit, only to have to grudgingly lock myself in my own forum for 100 years. I still have that much composure after all. Otherwise envyless congratulations into the green corner also from me, you have to stay fair. Honest. And I like being in the kitchen anyway, so it fits.

And what comes the morning after, apart from hangover breakfast and eye rubs? We should definitely not write AMD off, even though the silence on Planet Red seems almost spooky. And Intel is not going to let slip that it wants to or even can counter with anything. MCM is not just a flashy print on expensive leather accessories, but the multi-chip future in silicon. But the winner of yesterday evening is first of all NVIDIA and – who would have thought it – the new customer. Existing customers, on the other hand, are likely to feel as if they have an overpriced mobile phone contract that is still running, where Sister Chantal suddenly gets a lot more for a lot less when signing a new contract. Welcome to life, because graphics cards are short-lived consumer goods, not an investment and certainly not pixel gold for eternity. You should also include this in your purchase price, then you will sleep better.

Apart from that, “Just test it!” applies for now, because I don’t really trust such ordered “hands-on” tests, not even after the over-green portion of GeForce muffins from Jensen’s marbled noble kitchen. But you don’t want to insinuate anything, because if it’s even approximately true what you were allowed to admire, some people will still have to dress extra warm despite the cool pimped-up ampere-current. However, it is not put down and high spirits come before the fall. It can only get more interesting, because now it’s the others’ turn. I’ll start putting the popcorn and a sugar-free Coke in the lab. You must be sick of something if the prices don’t make it this time.