Besides a lot of new software features and technological changes, today’s live stream of course also offered the long awaited information about the new Ampere generation graphics cards, whose most important key data I have summarized in this news. Of course, there will be more in-depth reports here, but there will be follow-ups. And of course real tests after the fall of the NDA. What can potential customers and gamers expect from the new generation?

Looking at the details of the stream and what was intentionally left out, I can already state that I was not so wrong with my previous news and “speculations”. This extends to the power supply design, which will be discussed in due course. But all these things lead too far after today’s stream and will of course still play a role in the upcoming reviews. 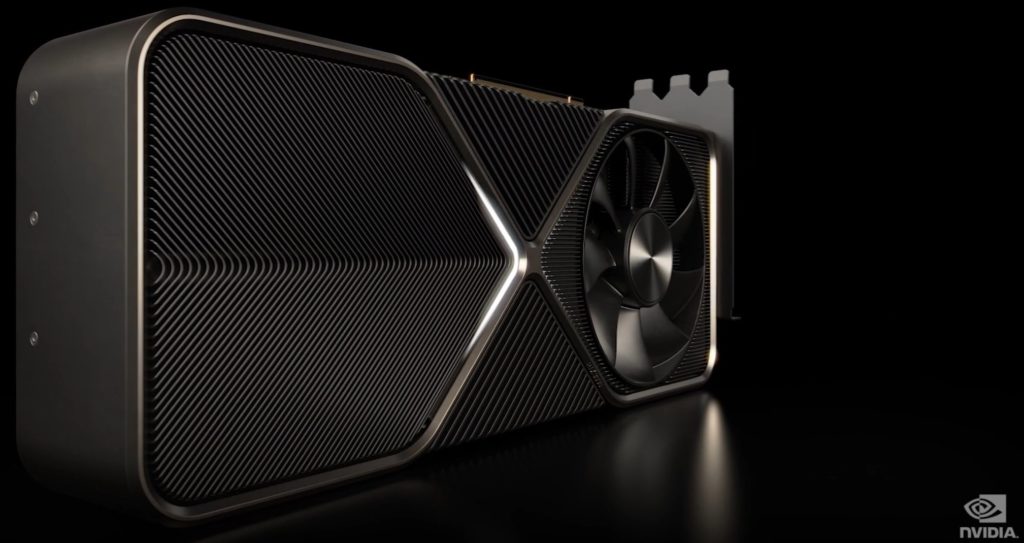 New streaming multiprocessors:
The building block for the world’s fastest and most efficient graphics processor, offering twice the FP32 throughput of the previous generation and 30 shader TFLOPS of processing power.

Tensor cores of the third generation:
New dedicated Tensor cores with up to twice the throughput of the previous generation, allowing AI-based technologies such as NVIDIA DLSS and 238 Tensor TFLOPS computing power to run faster and more efficiently 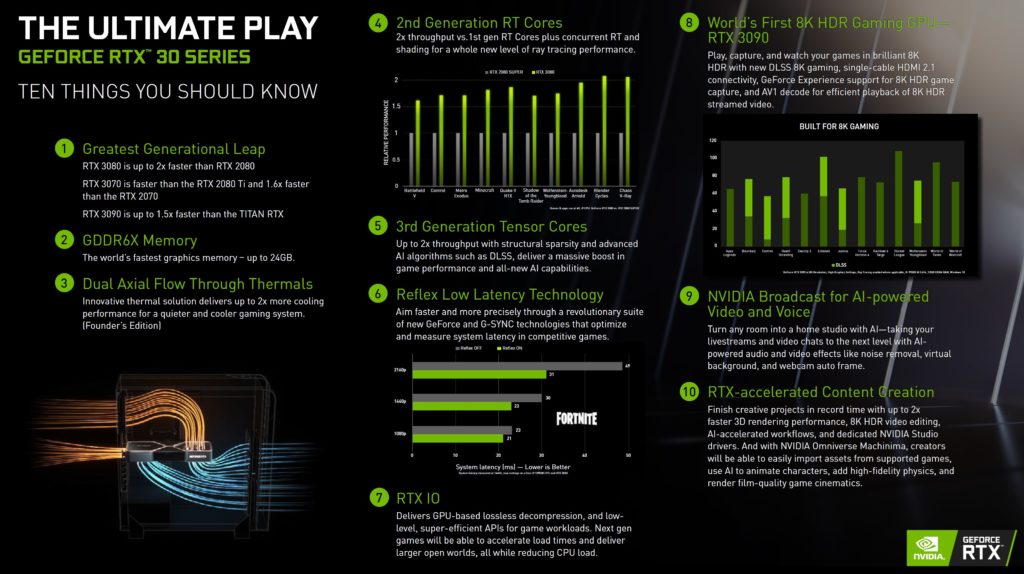 The NVIDIA GeForce RTX 3070 is based on the second largest ampere-chip GA104-300 and is, according to NVIDIA’s presentation, in many respects even faster than a current GeForce RTX 2080 Ti, but is priced with an RRP of 499 USD instead of the former 999 USD of the RTX 2080 Ti. For the GeForce RTX 3070, NVIDIA has enabled a total of 46 SM units, resulting in a total of 5888 CUDA cores. In addition to CUDA cores, NVIDIA’s GeForce RTX 3070 is also equipped with next-generation RT cores (ray tracing), Tensor cores, and the all-new SM or streaming multiprocessor units. In terms of memory, the GeForce RTX 3070 has 8 GB of GDDR6 memory with a speed of 16 Gbps, which has a cumulative bandwidth of 512 Gbps on the 256-bit interface. 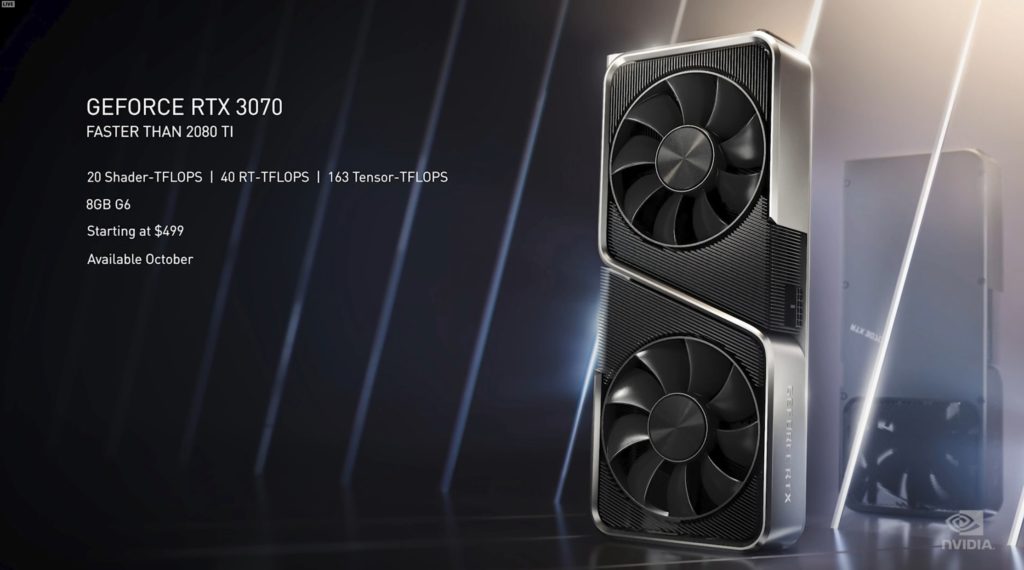 The heart of the NVIDIA GeForce RTX 3080 graphics card is the GA102-200 graphics processor. It is based on Samsung’s 8nm process node designed specifically for NVIDIA and has a total of 28 billion transistors. It measures just under 628 mm², which makes it the second largest gaming GPU ever produced directly under the Turing TU102 GPU. The new shader cores of the Ampere architecture are 2.7x faster, the new RT cores are 1.7x faster, while the new Tensor cores are up to 2.7x faster than their counterparts on Turing GPUs. The RT core of the 2nd. The 3rd generation also delivers dedicated hardware-accelerated ray tracing performance and offers twice the intersection of rays/triangles while providing RT graphics and arithmetic operations. 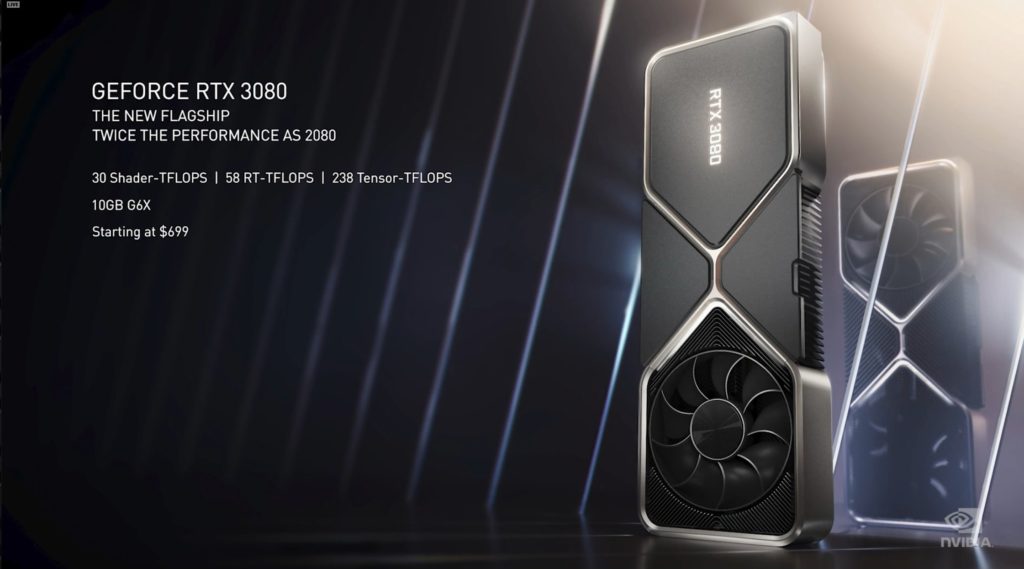 The heart of the NVIDIA GeForce RTX 3090 graphics card is, as with the RTX 3080, the GA102-300 graphics processor. For the GeForce RTX 3090, NVIDIA has activated a total of 82 SM units on its flagship, resulting in a total of 10496 CUDA cores. In addition to CUDA cores, NVIDIA’s GeForce RTX 3090 is also equipped with next-generation RT cores (ray tracing), Tensor cores, and brand new SM or streaming multiprocessor units.  In terms of memory, the GeForce RTX 3090 takes a big step forward and offers more than twice as much memory as the RTX 2080 Ti. The flagship is equipped with 24 GB GDDR6X memory. Using Micron’s latest graphics memory chips, the RTX 3090 can deliver a bandwidth of nearly 1TB/s. It is equipped with 24 GB of GDDR6X memory at speeds of 19.5 Gbps. Together with a 384 bit interface this results in a cumulative bandwidth of 936 Gbps. 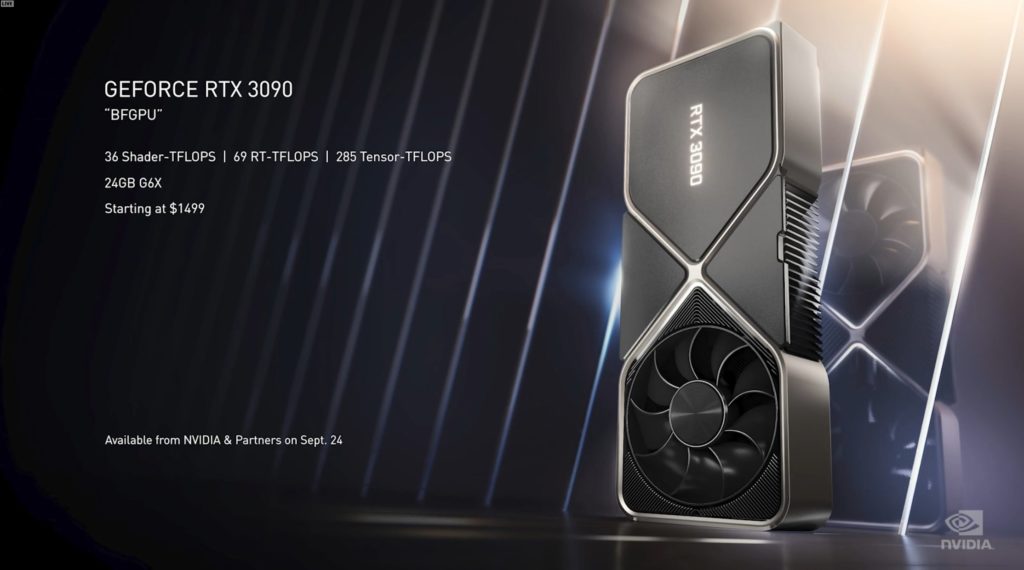 Here once again all data at a glance:

The price is really hot, you have to hand it to NVIDIA. Or will AMD’s Big Navi be the actual game-changer or at least a spoilsport? These are all speculations, of course, but the feature fireworks fired today were quite impressive and AMD will have to come up with more than a cheaper price if you want to top all this. How did I write weeks ago? It’s gonna be a hot fall. Literally, and I’ll go and get the new power adapter…

Why the GeForce RTX 3070 is the most important warrior for NVIDIA and so dangerous for the rest – Just buy it? | Editorial
With NVIDIA and DLSS 2.0 on the eco-trip from Turing to Ampere? Saving power against the trend is more than a nice gimmick!