As threatened last week, the Alphacool ice block GPX-N won’t be the only modification to my RTX 3090 Founders Edition. Today we’re going to look at the shunt resistors, the ones the GPU uses to measure how much power it’s consuming and if necessary downclocks itself if Nvidia’s limits of 350 or 400 W are reached. While we’re at it, let’s take another look at the water block assembly, because while the 19°C delta between the water and GPU wasn’t bad, it could admittedly be better. 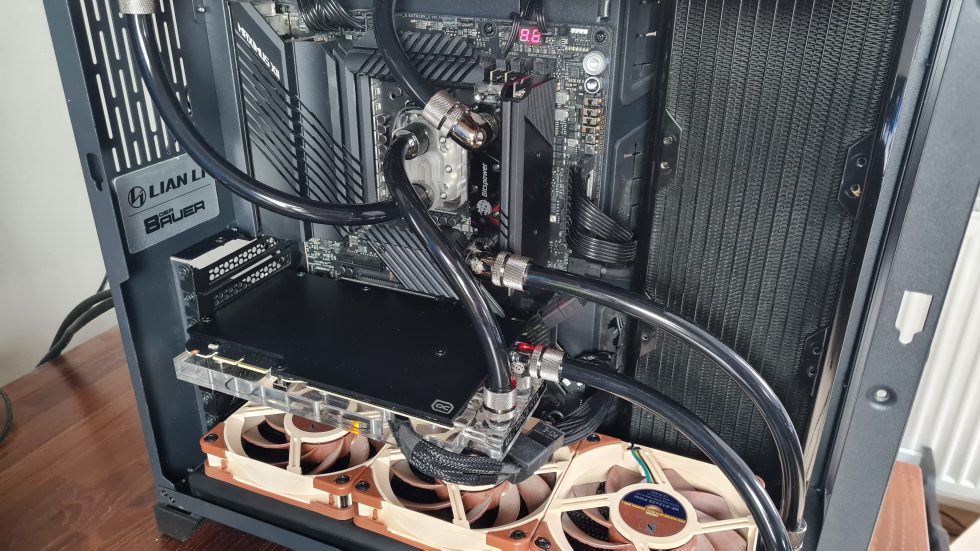 Below, we will discuss how the SMD components of the RTX 3090 Founders Edition graphics card can be physically modified to trick the GPU’s internal measurement devices for determining current and power consumption. Accordingly, the physical modification of the PCB will void the warranty. Besides, I am not a trained fine electronics engineer and all the procedures described are self-taught. Therefore, this article should in no way be taken as a guide or recommendation, at most as an experiment or inspiration.

I don’t want to bore you with electrical engineering, some probably already know it and others were never interested in it in school, but nevertheless a short outline of the theory should not be missing to understand what actually happens in the background and why the mod can work. 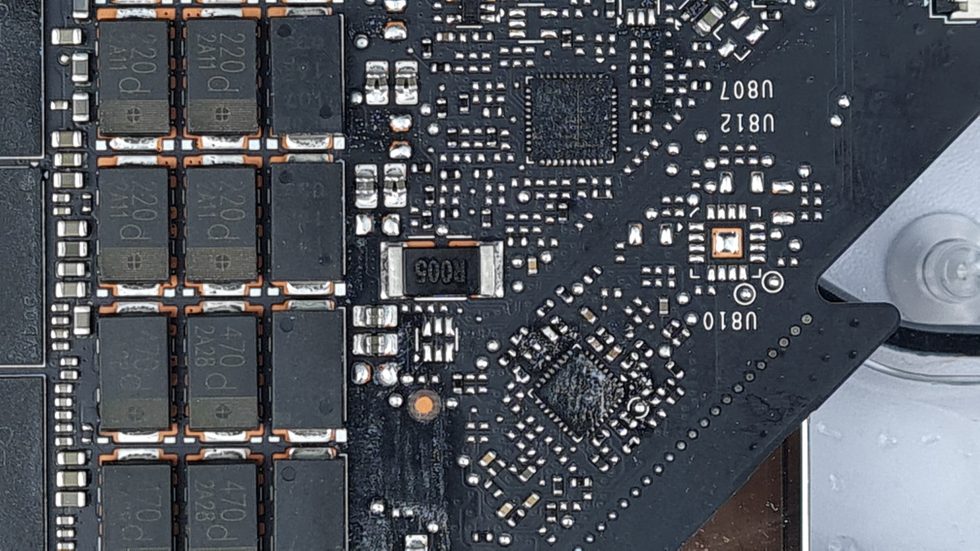 Shunts are, as the name suggests, a resistor that is installed in a circuit in sequence with the actual load and in parallel with the measurement device. This resistor has a fixed value, like 5 mOhm in this case, and serves as a reference for the GPU to calculate the current and power. What the GPU also knows is the voltage present before the resistor, e.g. 12 V at the PCI-Express connectors or in this case the Nvidia 12-pin Microfit connector. This voltage is simply measured before the shunt resistor.

The resistor now causes the applied voltage to drop, linearly with the current flowing in the circuit. If the actual load consumes more current, the voltage at the shunt also drops more. Behind the shunt the voltage is measured again and from the before-after results a delta, the voltage drop. Since this is linear and proportional to the current of the parallel load, it is now possible to directly infer its power consumption. 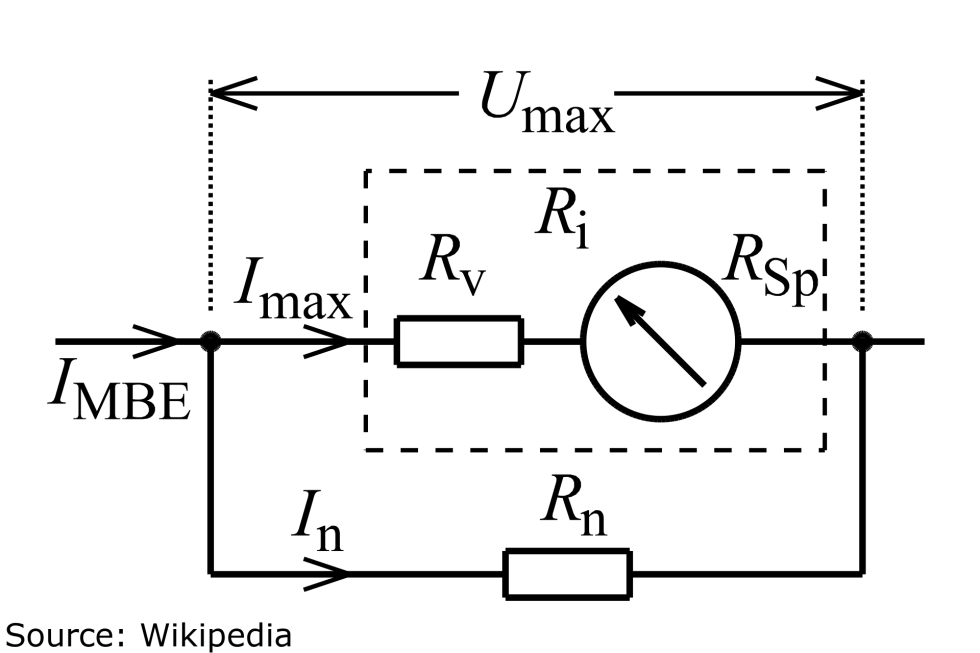 An example: There is exactly 12.0 V before the shunt, it has a resistance of 5 mOhm and the measured voltage after the shunt is 11.8 V. This results in a voltage drop of 0.2 V and thus, together with the 5 mOhm according to Ohm’s law, a current of 40 A (I = V / R). If this is now multiplied by the applied voltage of 12.0 V, the power consumption of 480 W is obtained (P = I * V). As I said, this was just an example, but it makes visible the few formulas and laws of nature that underlie it all.

And this is exactly where we can start now, because the GPU doesn’t measure the resistance of the shunt, it only knows it, it was burned into its memory by Nvidia so to speak. If we now somehow manage to reduce the resistance, the voltage drop also decreases, but the 5 mOhm are still used as a basis for calculation and thus the GPU thinks it consumes less current and thus power than in reality. 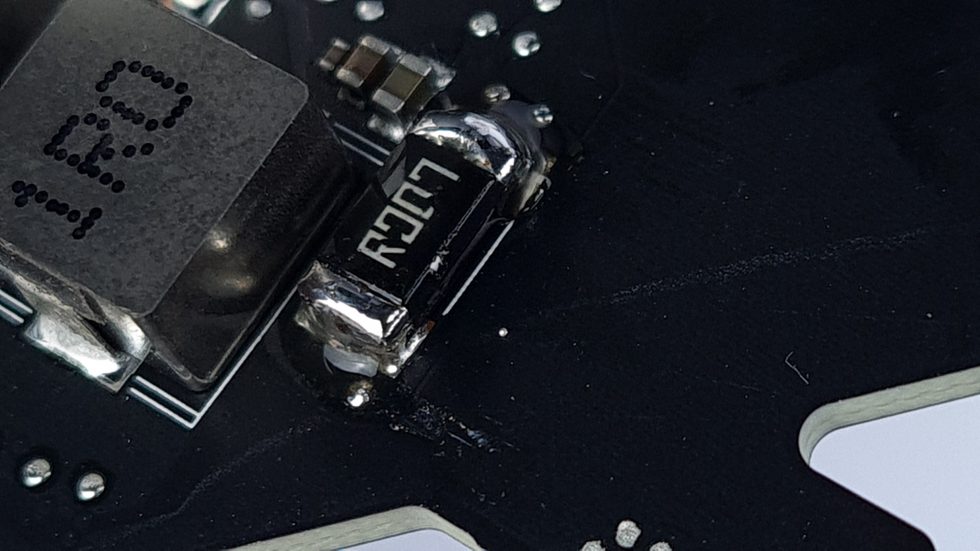 Another example: We use the data from the above example and know that 40 A of current actually flow. If we now reduce the shunt resistance to say 2.5 mOhm and rearrange the formula from above, this results in a voltage drop of only 0.1 V, i.e. measured 11.9 V after the shunt (V = I * R). This is the reality, but the GPU still thinks the resistor is 5 mOhm and with the actual 0.1 V voltage drop it calculates a current of 20 A and therefore a power consumption of 240 W.

So you see, if you cut the shunt resistor in half, the circuit is allowed twice the current and thus twice the power. Admittedly for laymen this is somewhat strange brain sport, but if one has understood these two formulas once and remembers them approximately, one can already gain much insight in electrical engineering. And of course there are plenty of calculators and resources on the internet where you can always look things up, e.g. this one from Digi-Key

AMD cooperates with Epic Games – Threadripper Pro as a key for decentralized work on own workstations in the home office
AMD Radeon Software Adrenalin 21.4.1 – Driver offensive and feature fireworks