The Mugen 5 is one of the most popular air coolers on the German market, only just behind the already tested Scythe Fuma 2 in the bestsellers. Depending on the variant, a bit smaller, a bit cheaper and one fan less, the standard fare seems to please buyers. In the following article you will find out how the cooler compares to the competition and how it fares in the test:

Since I’m testing the largest version of the Mugen 5 with ARGB lighting today, cardboard turns out a little bigger and more colorful as well. Printed all over in black, the packaging is adorned with colourful pictures and text on all sides. Otherwise, the familiar design remains true and lists all the important key data on the side and labels the back with the most important features. The last two characters 限 伍 before the product name mean “limited to five” according to the translation, I couldn’t decipher the first character. If anyone feels up to translating, please leave us a comment in the forum. 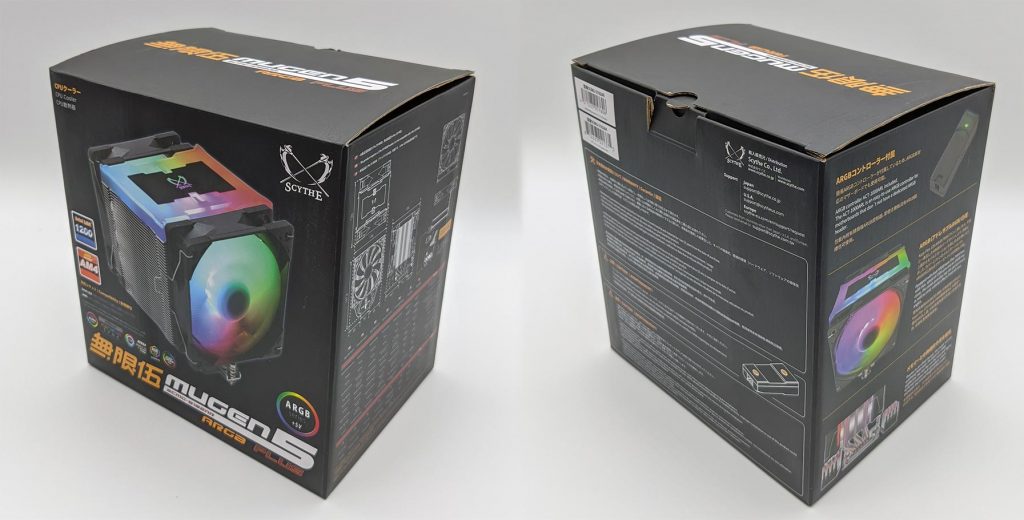 Almost unusual for this manufacturer, the accessories turn out to be quite lush without containing anything unnecessary. Once again, the use of various plastic bags is avoided by simply packing everything in a larger bag and nesting the box with several cardboard pieces. Commendable! The heat sink itself is wrapped in foam. Mounting brackets, fan clamps and a rather large but sparsely filled tube of thermal paste join the 4-pin PWM Y-cable, screwdriver and “ACT-1000ARL” RGB controller. The enclosed manual is short, but sufficient. 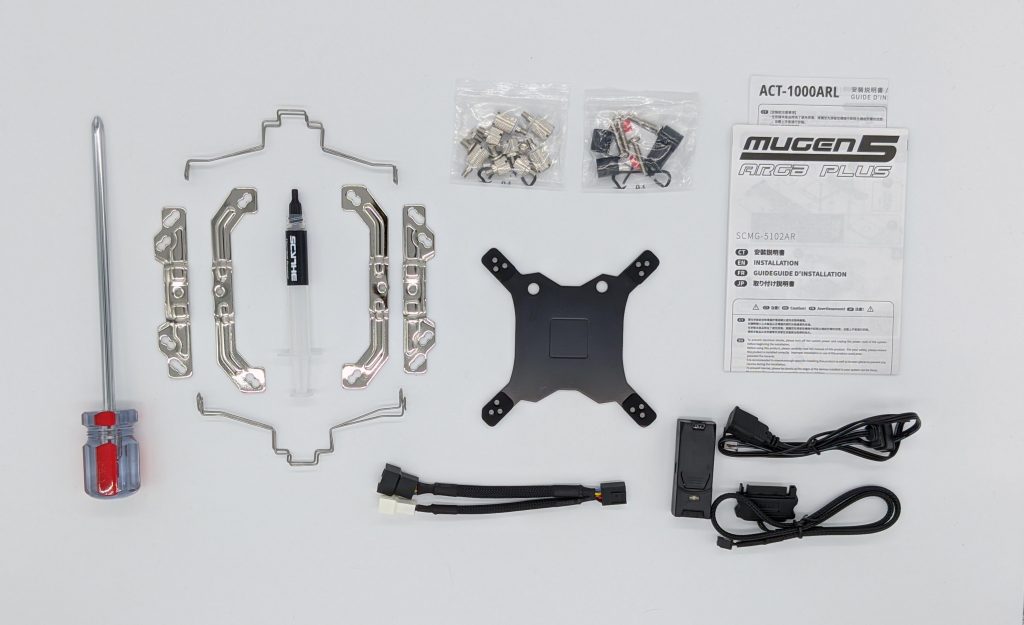 The installation is identical to the other coolers from Scythe and it is recommended here again to install the cooler with the motherboard removed lying on the table or to fix the backplate with an adhesive tape. For the AM4 socket the backplate of the motherboard is used, with four rubberized spacers and screws the two silver brackets are mounted. After fixing the two spring-loaded screws in the brackets with the enclosed screwdriver, the only thing left to do is to fix the fans. 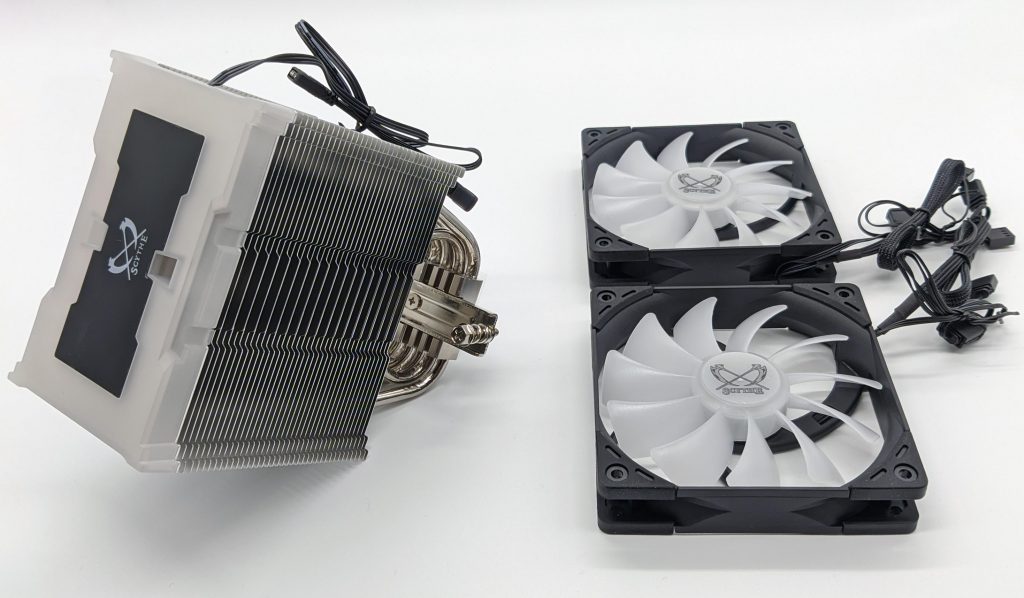 The Mugen 5 has an asyymetric design in all versions to stay out of the way of the RAM. The coldplate is slightly convex and has a “dot” right in the middle. 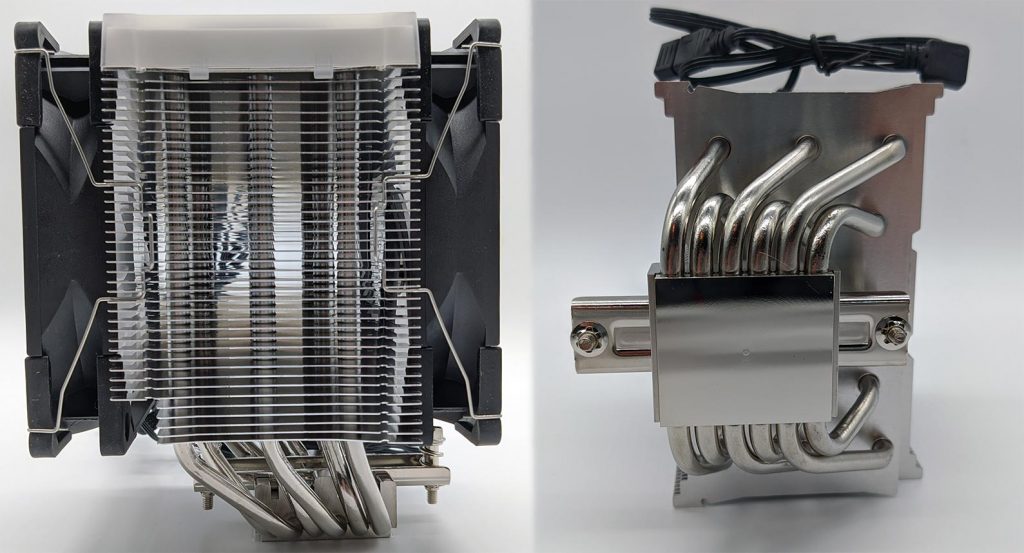 Workmanship is consistently good, corners and edges deburred and the slightly thicker slats hardly bend. Fans on the front and back are identical, 120mm each and rubberized at the corners. 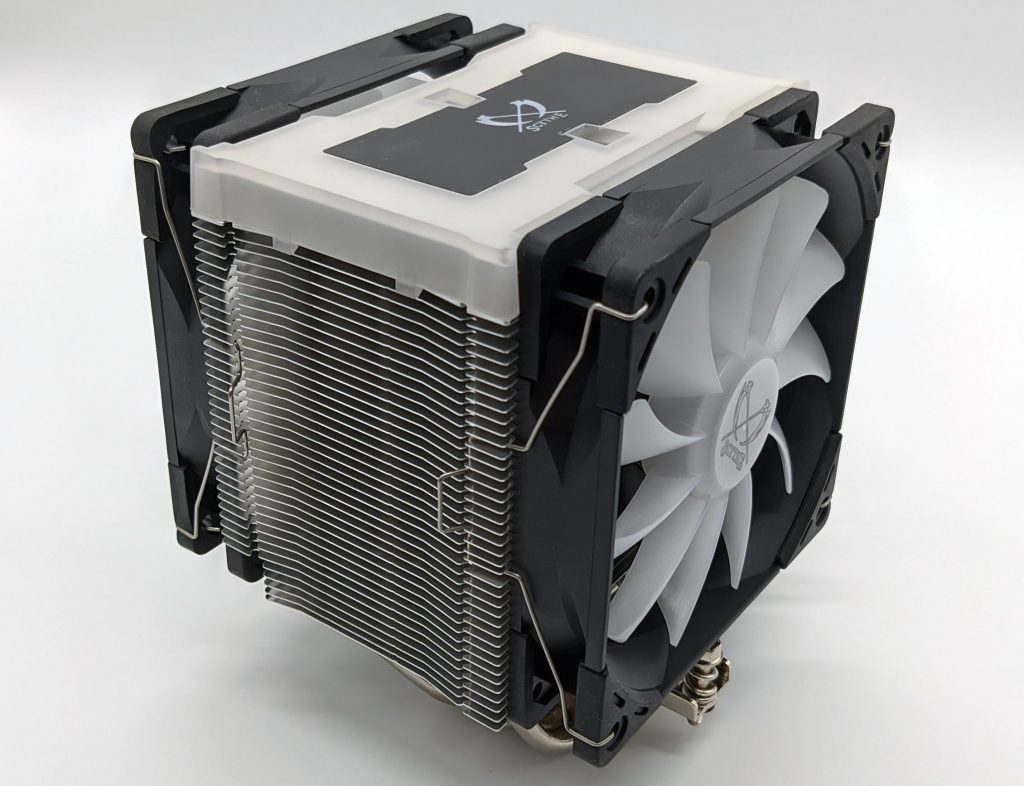 Two fans, ARGB-lit top panel, and Y-splitter cables make for a tangle rather unusual in air coolers. For the cable of the plate there is also no channel to lay, so it either simply lies on or is squeezed into the recess for the fan clamps. By the way, the included (optional) RGB controller is magnetic, so it should be easy to place it inside the case. 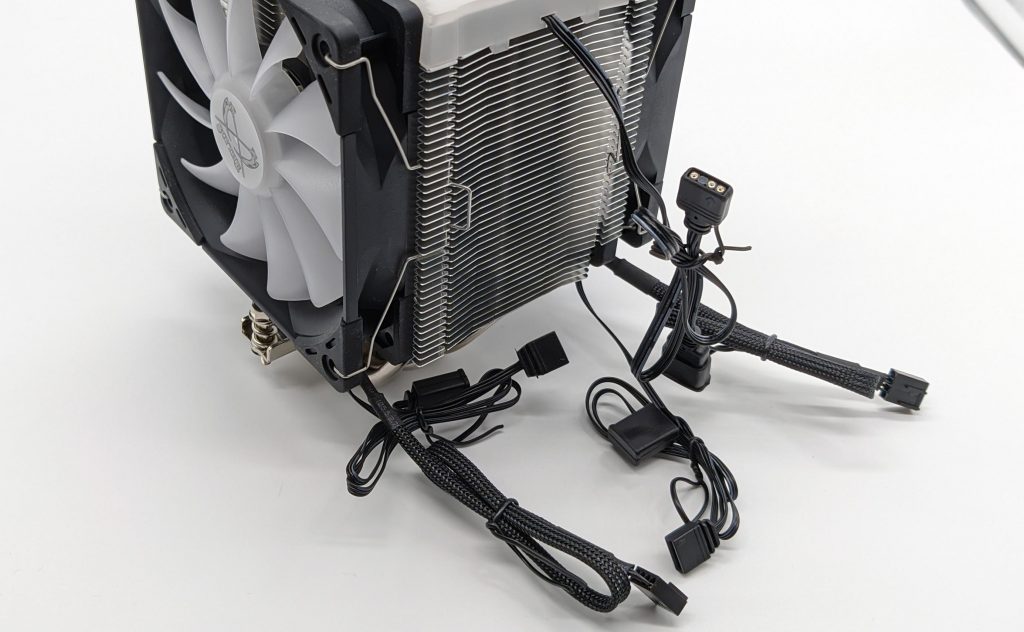 Below is an overview of the technical data, further information can be found as usual on the manufacturer‘s website. 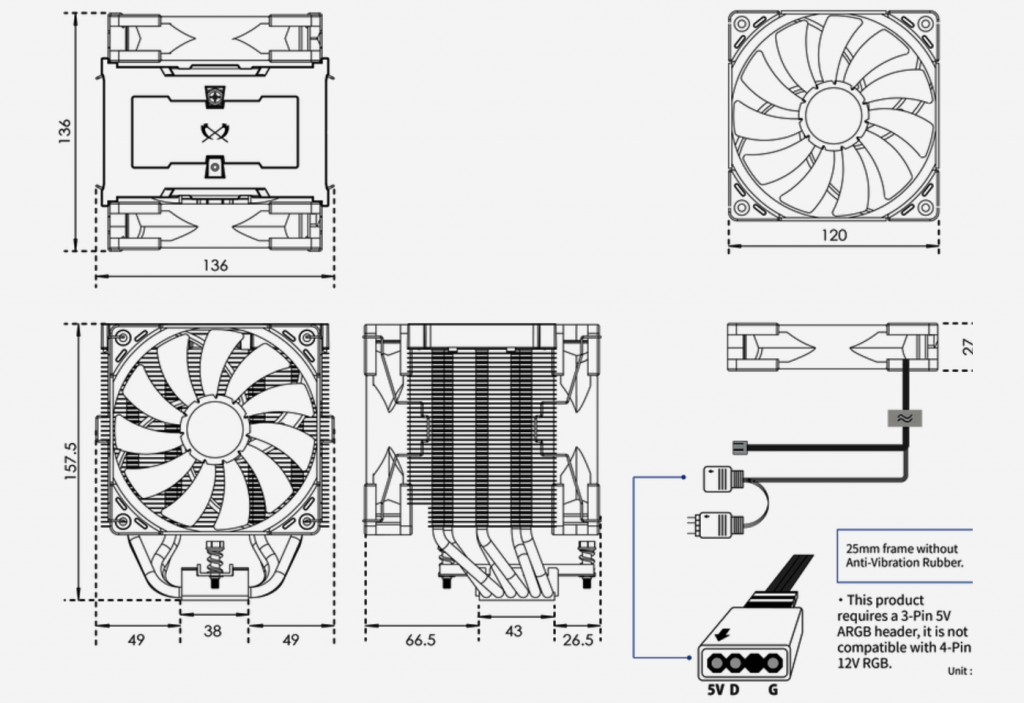 How we test with thermal imagers: Infrared technology explained and how to use it correctly
SilentiumPC Grandis 3 Review – Cheap & Big Twin-Tower