Patriot’s Viper Steel series has been around for a while and is probably known by most as a DDR4 secret tip for its good price/performance ratio without unnecessary bells and whistles. But now the RGB illumination of the universe is unstoppable and so the Viper Steel RGB series is launched today. At launch, there are models with clock speeds from DDR4-3200 to 3600 and with 1 or 2 modules of 8, 16 and 32 GB each, all of course with the bright color wonder on-top.

Patriot kindly provided us with two kits of DDR4 3600 CL20 under NDA, which we will put through their paces in today’s review. Those who are already puzzled by the relatively loose XMP spec can look forward to the various tested clock rates and timings up to the limit of the ICs. Furthermore, the modules have to prove themselves on Intel and AMD platforms, for which Patriot has carried out special optimizations in each case.

In addition to the familiar synthetic benchmarks, we have two new entries in our benchmarking suite, the UL Procyon for performance in image processing and the finally launched Cyberpunk 2077, for the gamers among our readers. Oh, and of course a single-rank vs. dual-rank comparison must not be missing. So here we go, let’s take a look at the packaging and its contents first! 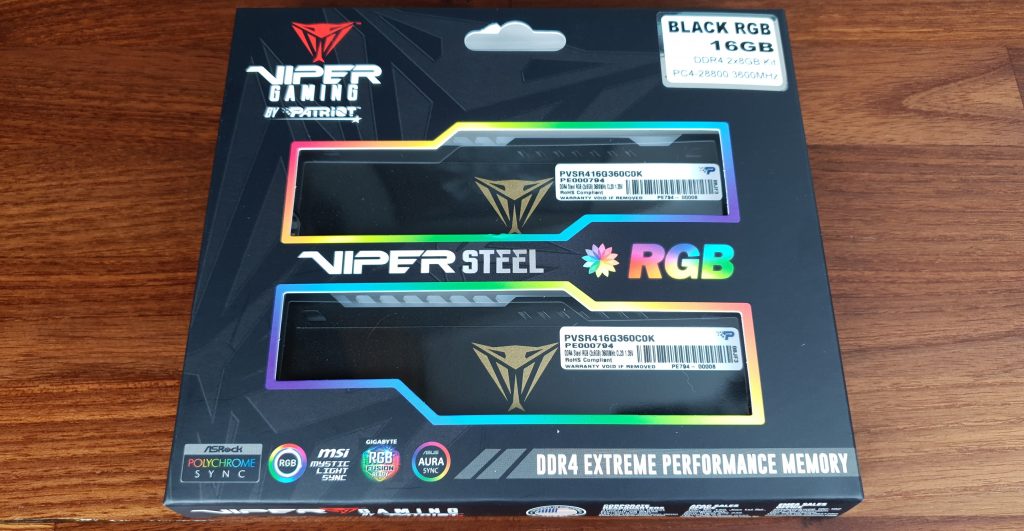 The outer box is plain and functional, but the fact that the sticks have RGB cannot be overlooked. The lighting modules are compatible with the various control softwares of the motherboard manufacturers, such as ASUS Aura Sync, GIGABYTE RGB Fusion 2.0, MSI Mystic Light Sync and ASROCK Polychrome Sync. 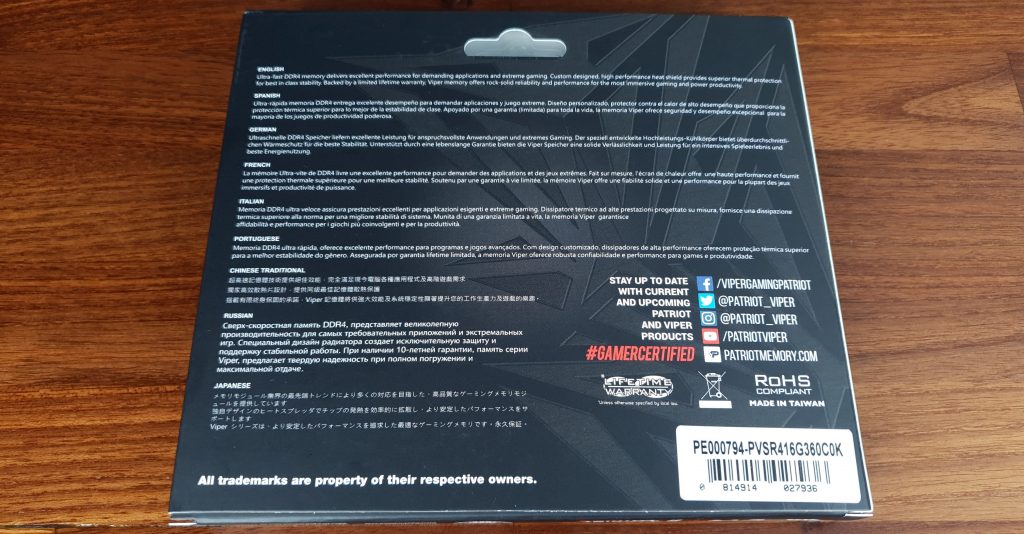 As with the non-RGB Viper Steels, Patriot again offers a “Limited Lifetime Warranty”, very commendable. By the way, the abbreviation for the new product series is “PVSR”, which we also find in the product number “PSVR416G360C0K”. 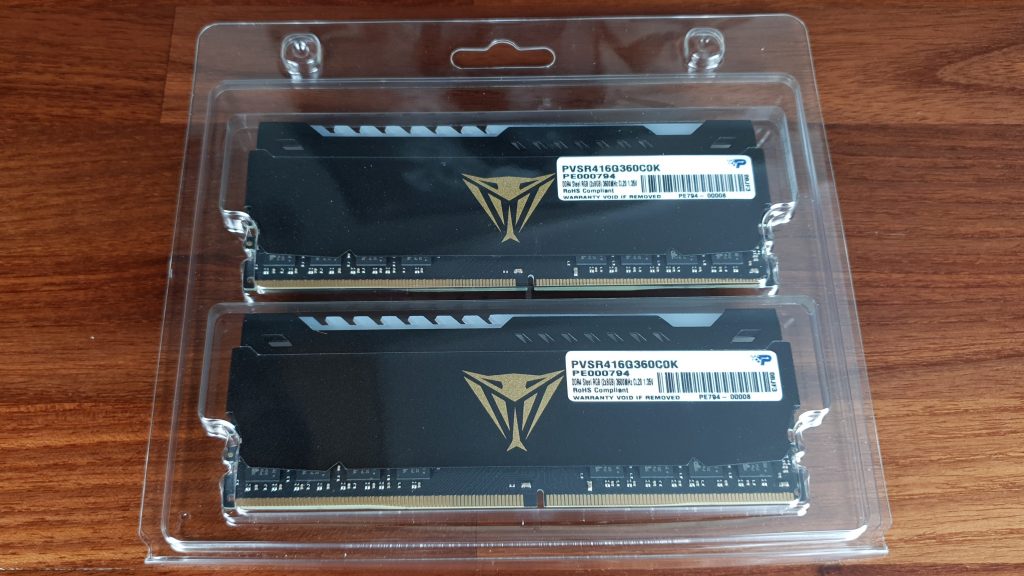 Inside, as expected, we find the two modules in a plastic carrier and a Viper Steel sticker, which I’m ashamed to say I forgot while taking pictures. 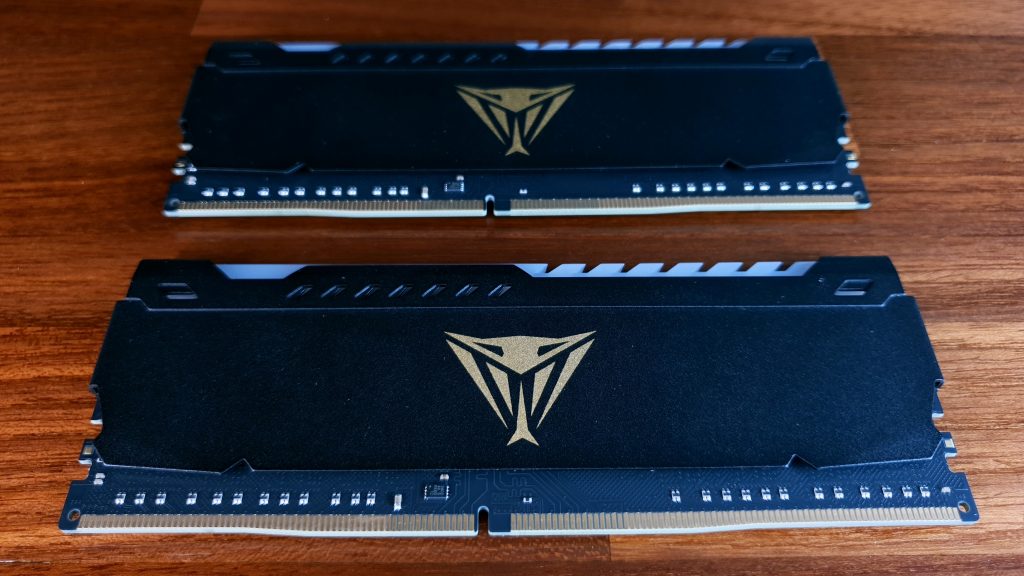 The heatspreader design has been revised and now uses aluminum with a black powder coating, from which Patriot expects better heat dissipation and protection against scratches. The feel appears solid and high-quality, fingerprints are not a problem like with some other competing products. 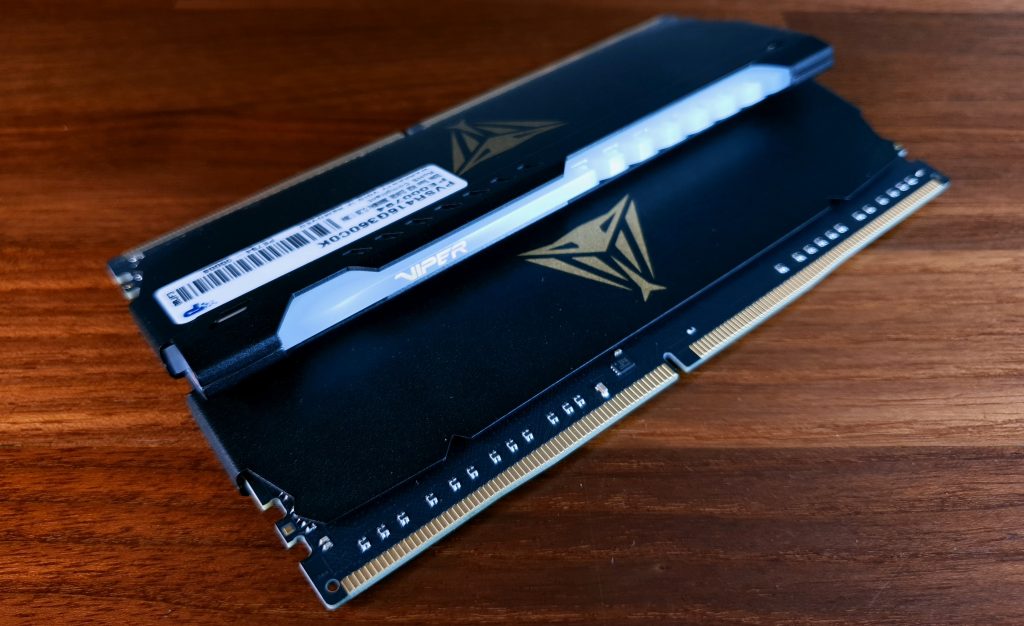 The “Viper” branding is found in the form of a golden snake head symbol on both sides of the heatspreader and lettering on the top of the white lighting elements. The gold reminds me a bit of the design of ASUS Z87 motherboards, which at that time caused rather mixed feelings. However in this case I can give the all-clear in advance, because as soon as the DIMMs are installed, the logo on the sides is discreet enough not to catch the eye and the lettering is eclipsed by the LEDs. 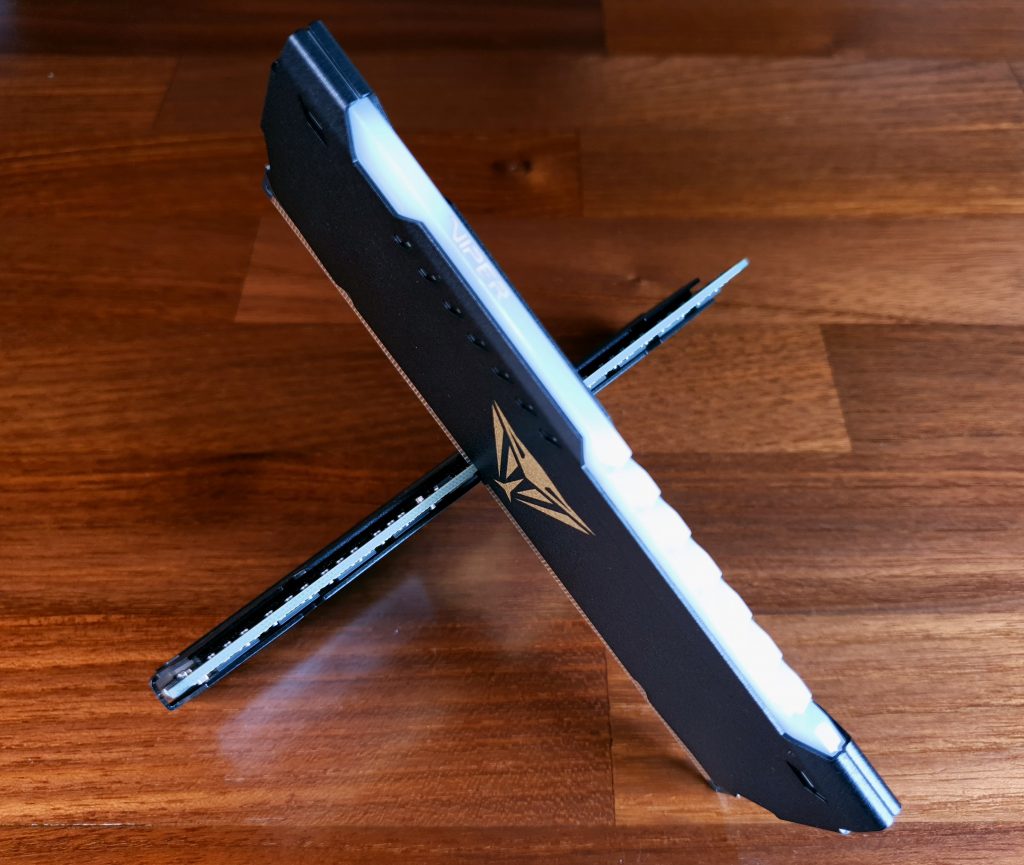 From below we can see a one-sided assembly of the black pcb with the memory chips. So these 8 GB modules are sinlge-sided and indeed also single-ranked DIMMs. Patriot relies on a 10-layer variant for the circuit board, which is supposed to ensure the best possible signal integrity. 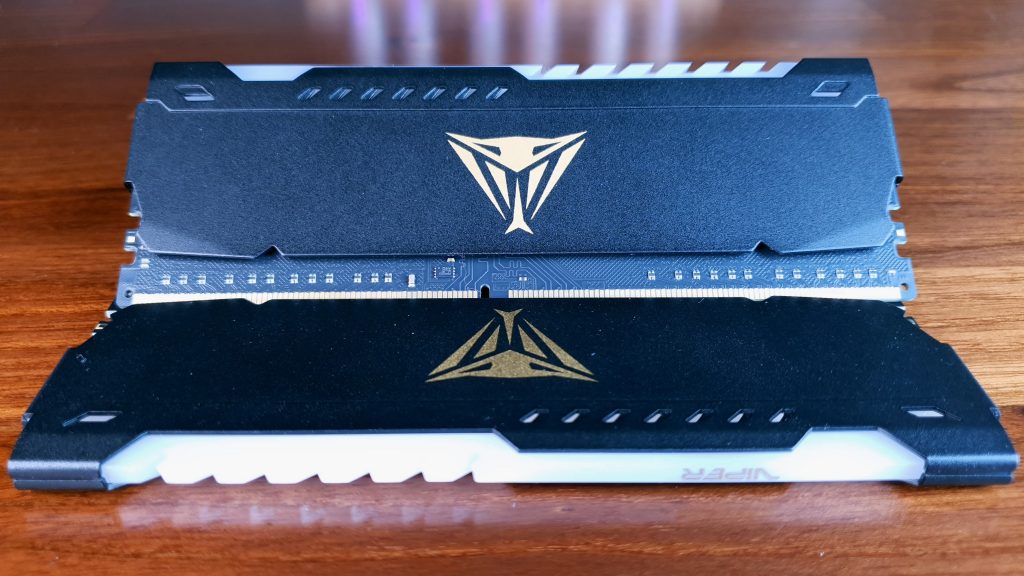 With the new RBG heatspreader, Patriot is trying to build on the familiar design of the Viper Steel’s while standing out from other products in the market. Successful, I would say – the light element integrates seamlessly into the overall picture with its jags and the black powder coating is sleak, only gold as an accent color could cause controversy.

Now we come to probably the most important feature of an RGB heatspreader, the RGB. First of all, I have to admit that I am personally not a big fan of colorful PC components. Nevertheless, the bright light elements with their strong colours were convincing. Now, for me as a tester, the task is to capture an impression of the product and present it authentically. But this turned out to be rather difficult for me and my camera, because due to the enormous brightness of the LEDs either the saturation of the colors is lost at longer exposure times or at shorter exposure times the PWM modulation of the LEDs causes flickering or interrupted color transitions. Of course, this is not a criticism of the RAM modules them selves, I just want to clarify that the impression in reality is even better than my camera technique allows me to capture. 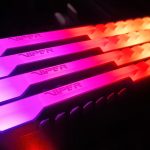 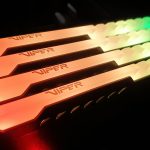 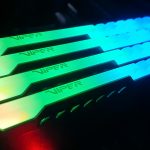 In other words, the PVSR have the most powerful and beautiful RGB lighting I’ve seen on RAM modules so far. The luminosity is higher than all my motherboards and CPU blocks and at least on par with other RGB RAM modules, such as the renowned G.SKILL Trident Z Neo. The colors are rich and almost perfectly in sync with the color spectrum in the control softwares and the transitions of the 5 zones are seamless to the naked eye thanks to the white acrylic element. Here is a short video to illustrate the animation at system startup and the color gradients in the default mode “rainbow”.

As said before, flickering and halos are not visible to the naked eye!

Of course, a look at the SPD must not be missing either, so we read it out with the old trusty Thaiphoon Burner. 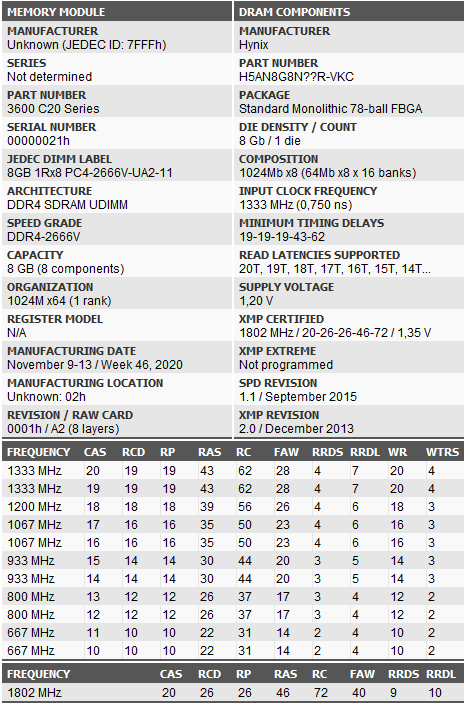 We can see here for one that this is still a pre-production kit and the product number from the packaging hasn’t made it into the SPD yet, but so be it. As ICs 8 Gb Hynix chips are used, which are organized in a rank for each module. Patriot could not confirm whether a specific IC type is always used, only that XMP timings are guaranteed during binning. These amount to tCL 20, tRCD 26, tRP 26, tRAS 46 at 1.35 V.

In addition to the primary timings, the XMP profile also contains tRC 72, tFAW 40, tRRD_S 9 and tRRD_L 10. Depending on the mainboard, it varies whether and if so which of the secondary timings contained in the XMP profile are adopted. But more about that in the benchmarks. 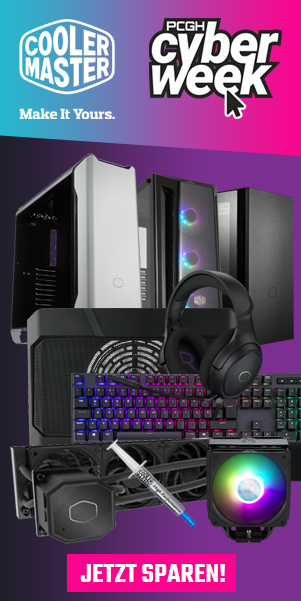 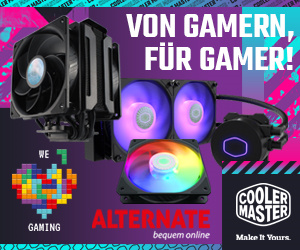