Who doesn’t know it, that moment of unbridled hatred when the power generally goes out. So when not only the fuse does its work, but the whole place suddenly goes dark? Storm or no storm, it doesn’t even have to be a direct lightning strike, which then gives the domestic electronics the final neck break. This is exactly what happened to Pascal yesterday, who was in the middle of fan testing. The PSU grilled in this way was a 2 year old Seasonic Focus 850 watt, although it could probably have been any brand, so it’s not the PSU manufacturer’s fault. 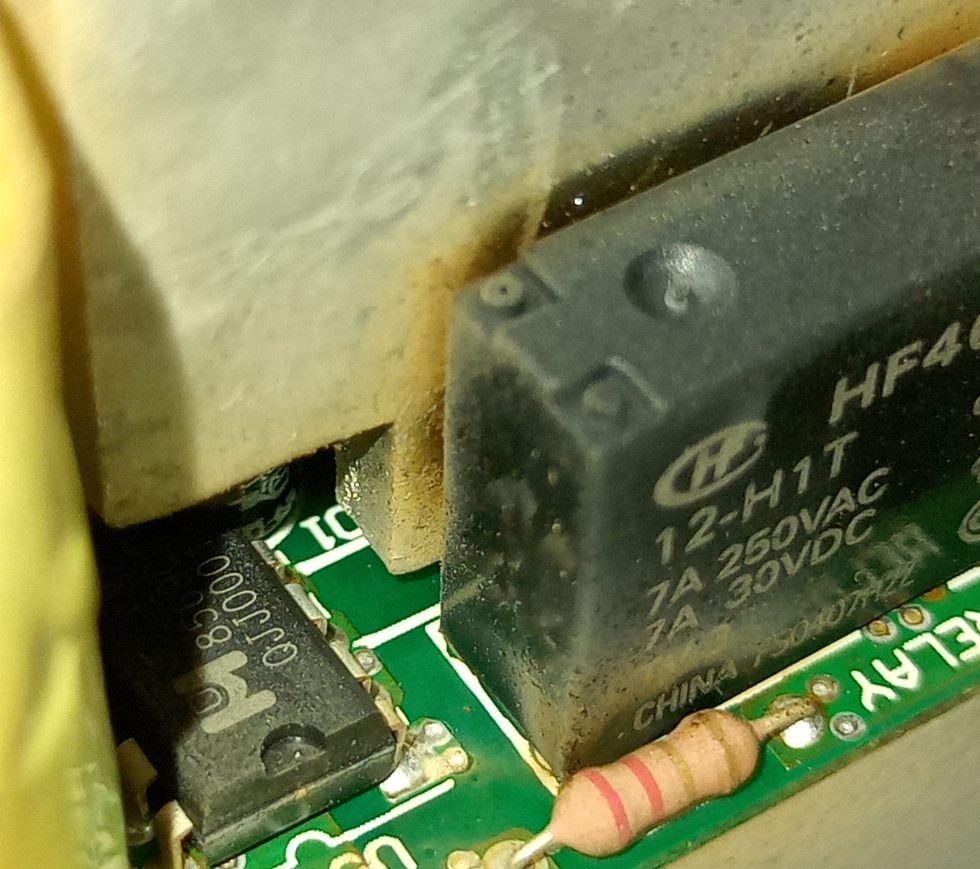 What happened? There was the infamous one-two punch. So power off and just a fraction of a second later another hit with a brutal surge, effectively an off-on-whole-off. THW and the utility are still pondering what ultimately triggered it, as there was both a thunderstorm nearby and a substation that was partially flooded. I know of two similar cases from my own laboratory, where there were capital overvoltages, but the installed technology was able to intercept them. Overall, the damage pattern only affects the immediate input area, so lucky (and a suitably equipped power supply). Because that could have turned out differently.

In the grilled PSU, it hit the MOV (metal oxide varistor) and the relay (pictured above) in the input section, the latter even flaring slightly and giving off a nice smoke. By the way, you can also see it on the coil in the input area (picture below), which almost left burn marks on the insulation foil due to the high flowing currents. One has to give credit to Seasonic that nothing else broke, because even the EM8569A (Excelliance, picture above) right next to it, which realizes the standby circuit, did not burst. 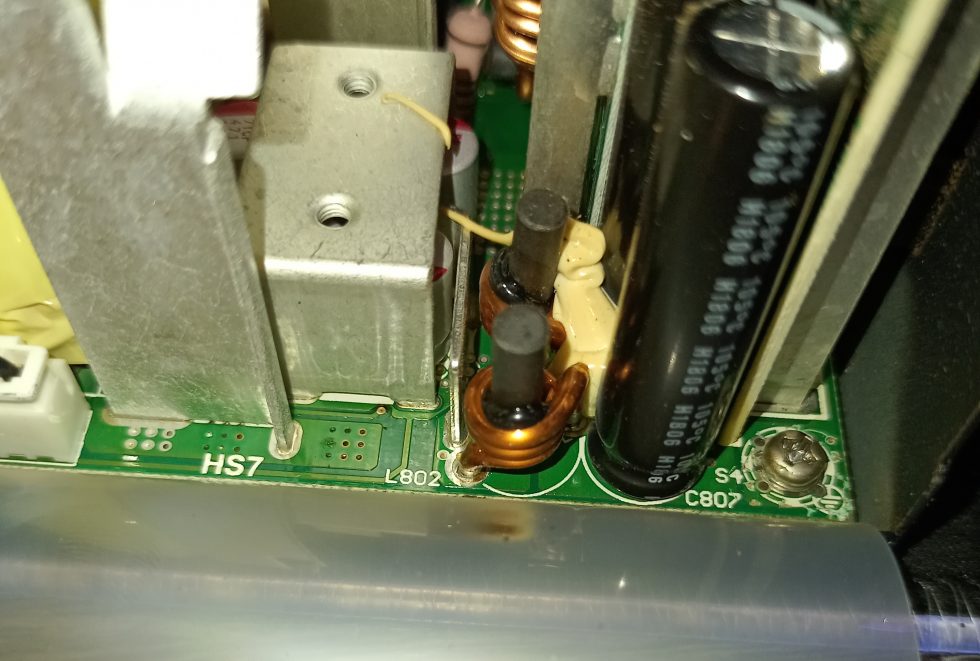 Incidentally, surges are not even as rare as one might think and it really is expedient and sensible to protect oneself better here in detail and also to insure oneself. Home contents insurance including natural hazards? Well, you also have to read the fine print, because most policies only cover thunderstorms if there is real fire damage. However, panic is also not a good advisor and you can also insure yourself to death. But expert advice from a trained realtor (not door-to-door salesman) can help, that’s not my area of expertise. 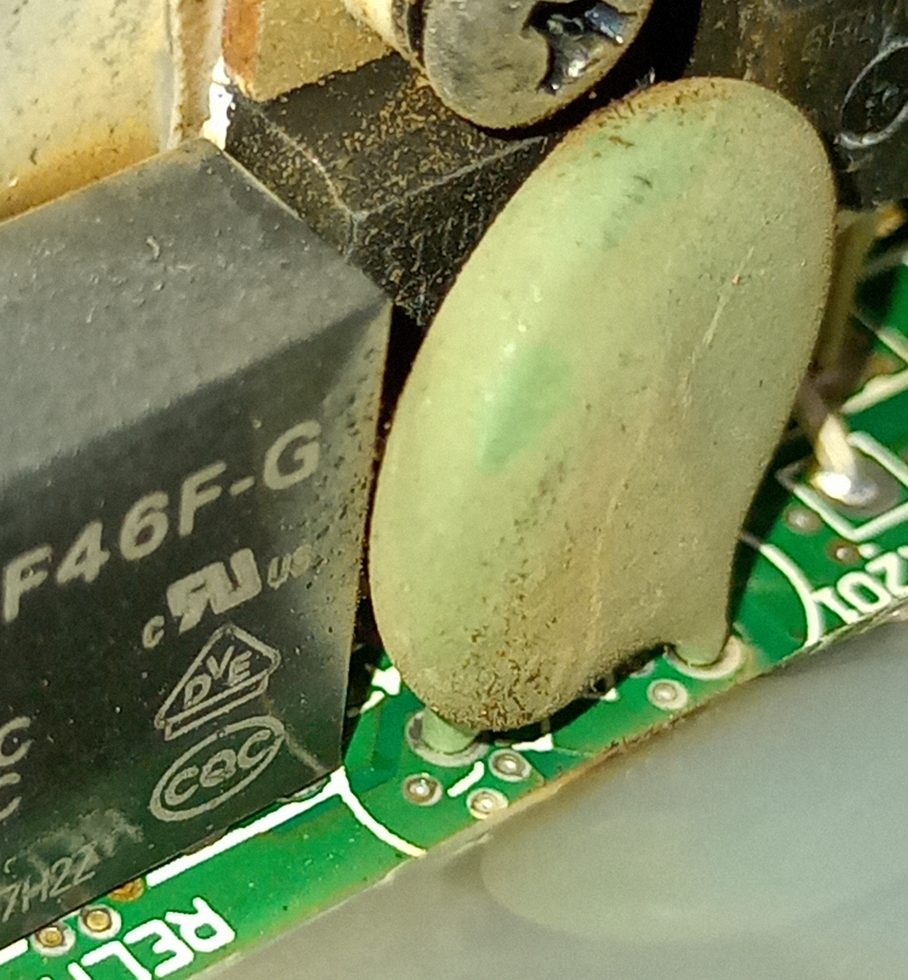 Of course, the first stage in the pre-meter area is ideal, as directly at the house connection. This is then the protection for the rough, but as a tenant you can hardly claim it from the homeowner. However, in the middle area, i.e. the apartment, you can have a surge protector installed in the apartment distributor or your own fuse box by a qualified electrical contractor (this is up to you). These are then usually low three-digit amounts, although here too the landlord must be contacted beforehand. The picture below shows another example of a DSL splitter destroyed by lightning because the telecommunication feed was also not protected. However, these are solvable problems. 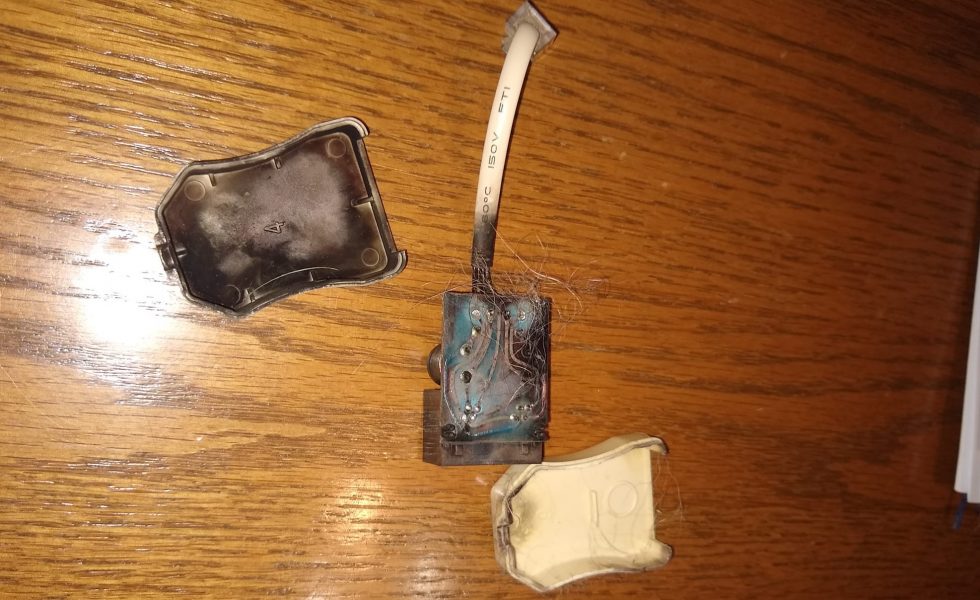 A so-called fine protection, on the other hand, can be attached anywhere and individually and in the end not only protects against the unfiltered residue of a larger impact, but also protects the devices from each other. Many consumers also generate uncontrolled power surges when switched on, which in turn can cause other devices to switch off (and even become defective). Surely anyone can fit a fine guard like this and, if you evaluate the fault pattern of our PSU, it would probably have protected the PSU in this case. You can get these parts in the shops from about 8 to 10 euros (surge protection in plug form) and they are also quite helpful in the case of insurance, because you can show a certain initiative for prevention.

There are also power strips with integrated fine protection, but here the protection of the devices among each other does not occur. Nevertheless, I would not want to miss something like this here in the office and laboratory. For once, I’m going to be a cable messie and at least show you the double-protected power strip I use under each of the desks. I don’t have one place in my work and home environment where connected home electronics would not be protected. And no, it’s not a fit of paranoia, it’s dearly paid experience from back in the day.

The picture shows an example of one of my double power strips (I could have cleaned it once), whose mechanical off switch I also use while I’m away. True disconnection in absence is first civic duty. Both circuits are also individually protected against overvoltage, so I have separated the powerful audio system on the desktop, including the subwoofer, lamps, and junk (left side) from the PC and peripherals. Good mouldings are not cheap, however, and you can easily pay up to 50 euros for them. But it’s certainly worth it (pun).

Since I do not want to make any advertisement, I have intentionally not included any further pictures or direct links of any products, because also this article cannot and does not want to replace professional advice. But in times of changing climatic conditions and more frequent storms, it should be an important food for thought to perhaps protect the expensive home electronics more actively and better. Sure, fine protection can’t solve everything, but in a large apartment building, it’s at least a start that anyone can implement first, even without a landlord.

21 reasons why everything is the way it is. Hit or shit?
How online retail rips off customers – An example from Switzerland should give us food for thought | Update