Why am I starting so mystical this time? The reason is the availability of the test pattern – or rather – its temporary unavailability. According to Nvidia, we should also get a sample of the GeForce RTX 2070 last week in the form of a board partner card for our test, but unfortunately in the end it went a little wrong. If an MSI card was originally delivered, the manufacturer suddenly had no more cards, Palit was supposed to step in, but that didn't work either.

At least it was an interesting realization that Nvidia is quite capable of learning if the customers articulate their displeasure with the prices called in various ways, even with the wallet. There is no other way to interpret the manufacturer's decision to push the price point of the GeForce RTX 2070 with (almost) all means to the place where it had already been communicated verbally to Gamescom in Cologne. Of course, 519 euros is not a cheap offer either, but a new card is quite appropriate, as long as the performance behind it is also correct. 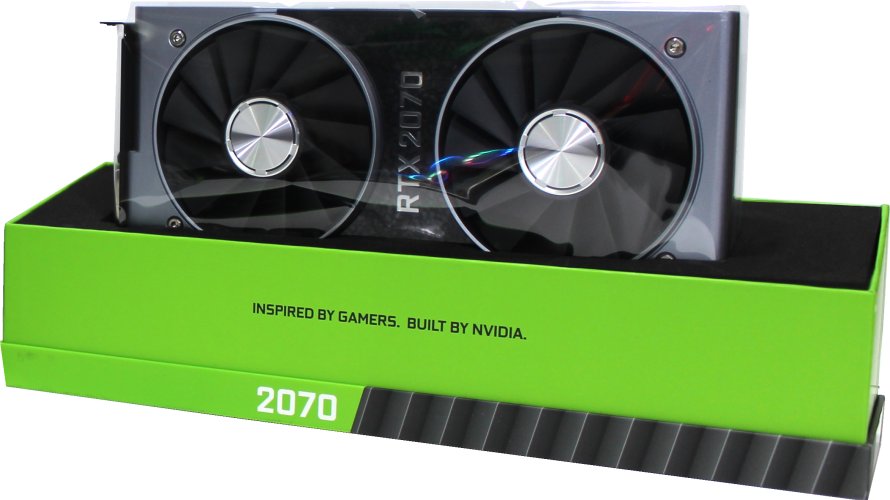 Whether and which board partner was "guilty" in the end, because he could not react so quickly or not, that is to say, as an outsider it is difficult to judge anyway. The "entry cards" that are supposed to solve the new price offensive downwards are quite positive in the first hands-on test. So it's possible. Even if Nvidia is also supposed to make this gesture palatable to the manufacturers with certain discounts.

My long-time test partner and US colleague Chris Angelini got at least a Founders Edition at the last moment, although according to Nvidia it should not be sampled at all. So in the end I have no choice but to rely on his benchmark results and measurements and not knit anything with the ultra-hot needle, even though it is actually an OC card. The article is nevertheless very extensive and has also been extended with my findings.

Nevertheless (or probably precisely because of this) one naturally becomes even more curious about this kind of work-related thing. For this reason, I also obtained pictures of the cards and also of the boards from various colleagues in order to get at least a little more technical background information. At first glance, everything looks like always, but the experienced and experienced eye realizes very quickly that this card should not be one of the usual serial cards of Nvidia's standard supplier. But more on this with the Tear Down, it remains at least a little exciting!

The GeForce RTX 2070 Founders Edition shrinks in length by 4 cm to a whole 23 cm (the RTX 2080 FE measures 27cm) and is also not very expansive upwards with a height of 11.5cm. At the installation depth, the 3.9cm speak the clear language of a 2.5-slot card, but this is not a hindrance, because due to the lack of NVLink connection you can not realize any SLI with two such cards. At 970 grams, this construct weighs almost 300 grams less than the RTX 2080 FE.

Shortly before this launch date, two board partner cards arrived, an MSI RTX 2070 Armor and a Palit RTX 2070 Dual. I quickly retested these 519-euro cards overnight and present them in parallel today in a separate individual review. Only for this special launch test was it definitely too late. I can't magic either.

The GeForce RTX 2070 is the third and final card Nvidia is launching. Longingly waiting players could expect to find at least the simplest models just above the 500 euro mark for the reasons just mentioned. However, the rest, including VAT and with priced euro weakness, could probably become more expensive. Just as a reminder: simpler models of the GeForce GTX 1080 currently cost just under 500 euros, which probably explains Nvidia's chin-ups. The customer is happy. 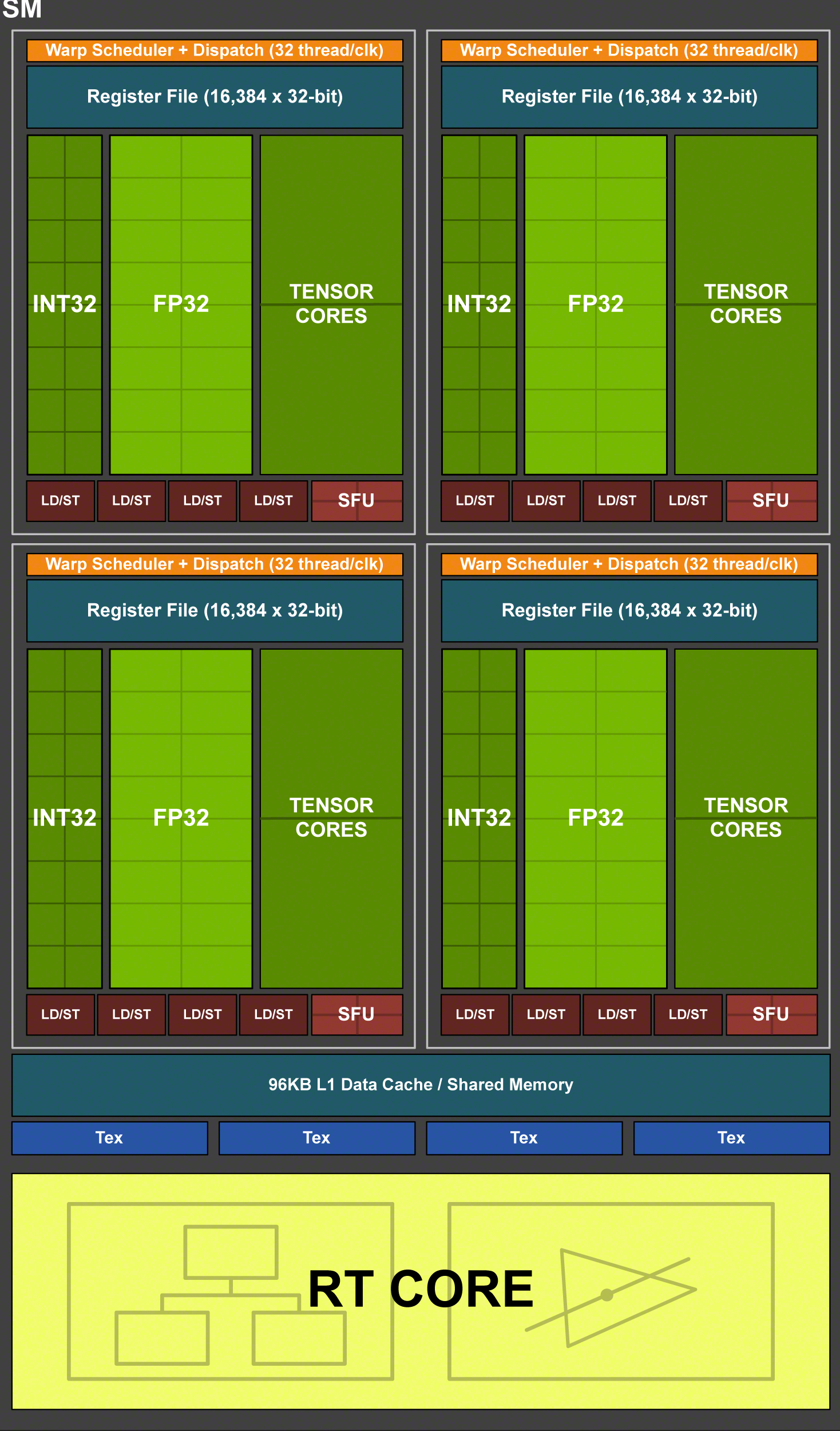 The GeForce RTX 2070 is built around a complete TU106 GPU consisting of three GPCs with six TPCs each. Of course, the TPCs each contain two SMs, which combine up to 36 SMs via the processor. These blocks remain unchanged between the Turing GPUs, so the RTX 2070 will be available with 2304 CUDA cores, 288 tensor cores, 36 RT cores and 144 texture units. The TU106 retains the same 256-bit memory bus as the TU104 and is also equipped with 8GB and 14Gb/s GDDR6 modules that can shovel up to 448GB/s. The 4MB L2 cache and 64 ROPs are also taken over. The only skill that is blatantly lacking is NVLink. 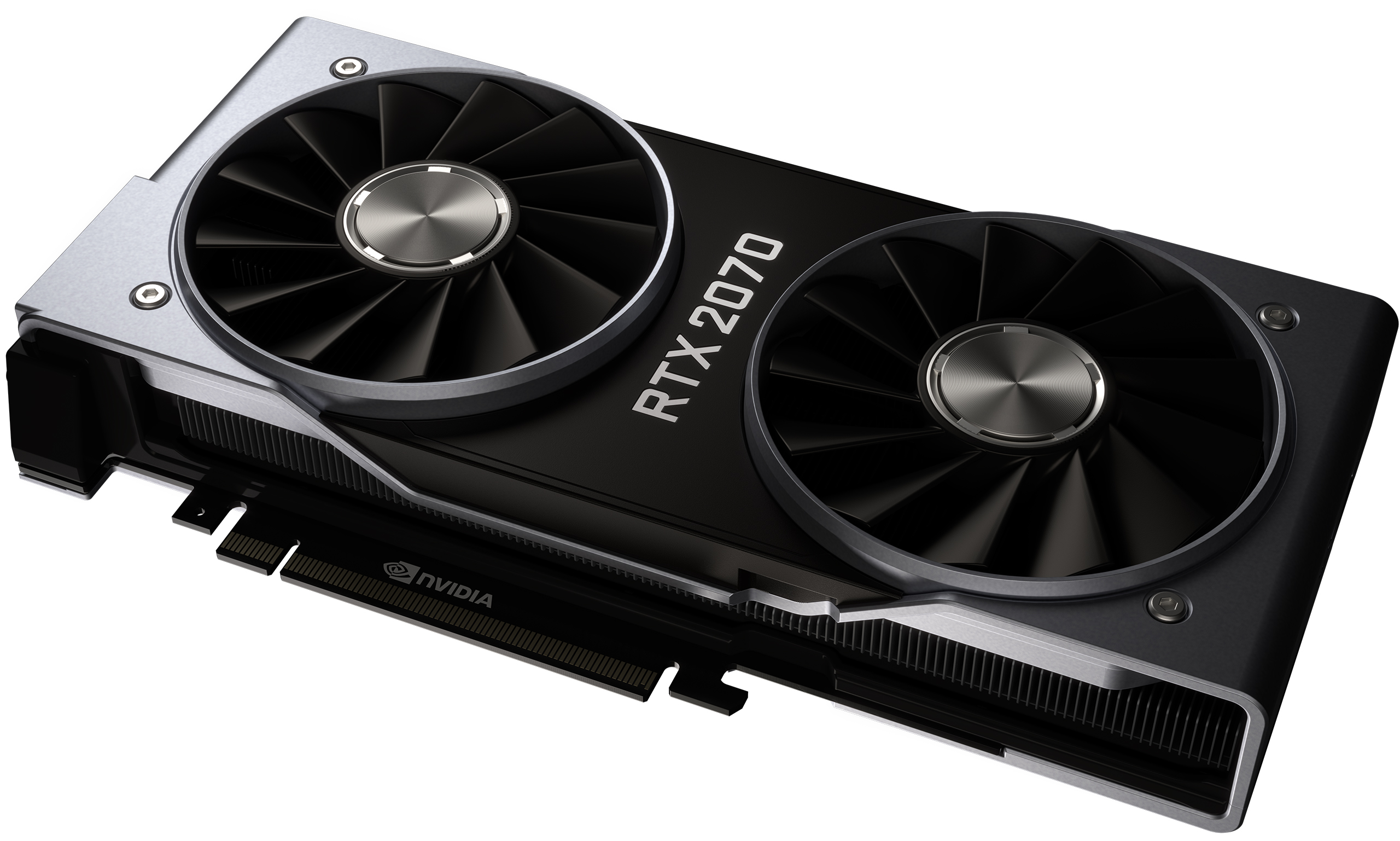 Although TU106 is the least complex Turing-based GPU at the time of launch, its 445 mm2 chip contains no less than 10.8 billion transistors. That's still pretty huge for what Nvidia might once have considered the center of its portfolio. In comparison, the GP106 "Midrange Pascal" was a 200 mm2 chip with 4.4 billion transistors inside. The GP104 measures 314 mm2 and contains 7.2 billion transistors. The GeForce RTX 2070, which focuses on more than GTX-1080 performance levels, really seems like an attempt to integrate tensor and RT cores as deep as possible into the chip so that these features remain available despite downscaling. It will be very interesting to see how functional they remain in almost halved quantities compared to the RTX 2080 Ti once optimized software is available.

Since I did not receive my own card for a test, this part unfortunately has to fail and I leave it to the colleagues to present their board partner cards. Instead, I have at least the technical data for which you don't need any physical test objects:

However, this time only the US system is up for debate, for the reasons mentioned, so that I unfortunately had to postpone many of the usual measurements: