A special feature of this roundup, whose individual product pages can of course be regarded as individual tests, is the intentional focus on workmanship and technical equipment as well as the most important features such as power consumption,... With the GeForce GTX 1060 Superclocked (6GB), EVGA has a GeForce GTX 1060 in its portfolio that roughly relies on Nvidia's reference board, but which interprets the cooler in such a way that there are no overhangs like the Founders Edition. This creates a rec... With the GeForce GTX 1060 Phoenix GS, Gainward is more aimed at the more demanding user, but without getting lost in the extensive overclocking craze. As a kind of "luxury label" from Palit, one naturally also resorts to the company's own Ressourc... The Gigabyte GeForce GTX 1060 G1 Gaming is certainly not the low-cost model of the manufacturer, but rather rather targets the rather price-conscious gamer, who despite the rather moderate price does not want to do without certain extras. Dami... The inno3D GTX 1060 Gaming OC is not the flagship of inno3D, but rather the butter-and-bread card in the GTX-1060 portfolio - and that's a good thing. Because she represents the more affordable representatives of this class and is thus... In the future, one will have to pay more attention to the designation or the specified memory in the 1060s - because with 1152 instead of 1280 shaders, the GP106-300 GPU offers exactly 10 percent less theoretical computing power than the normal GP106-400. To... With the GeForce GTX 1060 after the GTX 1070 and GTX 1080, MSI is now the third graphics card with the new cooler, which appears almost oversized on this card. The advantage is obvious, because it is possible to... Nvidia's GeForce GTX 1060, like its two larger sisters, GeForce GTX 1070 and GeForce GTX 1080, is banking on the new Edge design - but this time in a slightly more cost-friendly version. The appearance is for a reference map - par... The Palit GeForce GTX 1060 SuperJetstream is almost identical to the Gainward GeForce GTX 1060 Phoenix GS, but varies in some minor details. We will also deal with this in the following places. Otherwise, the genes are similar ... With the GeForce GTX 1060 XLR8 OC Gaming, PNY offers a simpler model that focuses on the most moderate cost possible. Nevertheless, the factory clock has been raised properly and is otherwise quite optimistic about the performance... We test all cards in a completely warmed-up state to eliminate unfair differences in boost time. For this purpose, all benchmarks generally run with six runs - the first of which always to reheat the respective map. ... Power consumption First of all, we compare all graphics cards in the main areas of gaming loop, stress test and idle in direct comparison in a gallery, which compares all results in exactly this order as balk... EVGA GeForce GTX 1060 Superclocked The rather inexpensive EVGA GeForce GTX 1060 Superclocked uses the board of reference design as a template, has a very compact cooler and can score points due to its small dimensions whenever it is available for...

A special feature of this roundup, whose individual product pages can of course be regarded as individual tests, is the intentional focus on workmanship and technical equipment as well as the most important features such as power consumption, constant frequency, cooling and the resulting noise levels.

The gaming performance of all overclocked cards within a chip class, on the other hand, is very similar – there have never been so many different models from different manufacturers together. This is of course also due to the fact that almost all cards are already on the verge of what is reasonably feasible in terms of boost clock rates and thus there is less scope for extreme overclocking by the individual board partners.

With the availability of new test samples – some are already going through our benchmark course, others are in the influx – we will of course update this roundup promptly and regularly.

The order of the cards is based solely on the alphabet and does not represent the evaluation or preference of individual test samples.

Technical data at a glance

We use our standard measuring system for measuring performance and power consumption as well as our low-reflection audio measuring room with the well-known equipment for the collection of operating noise. 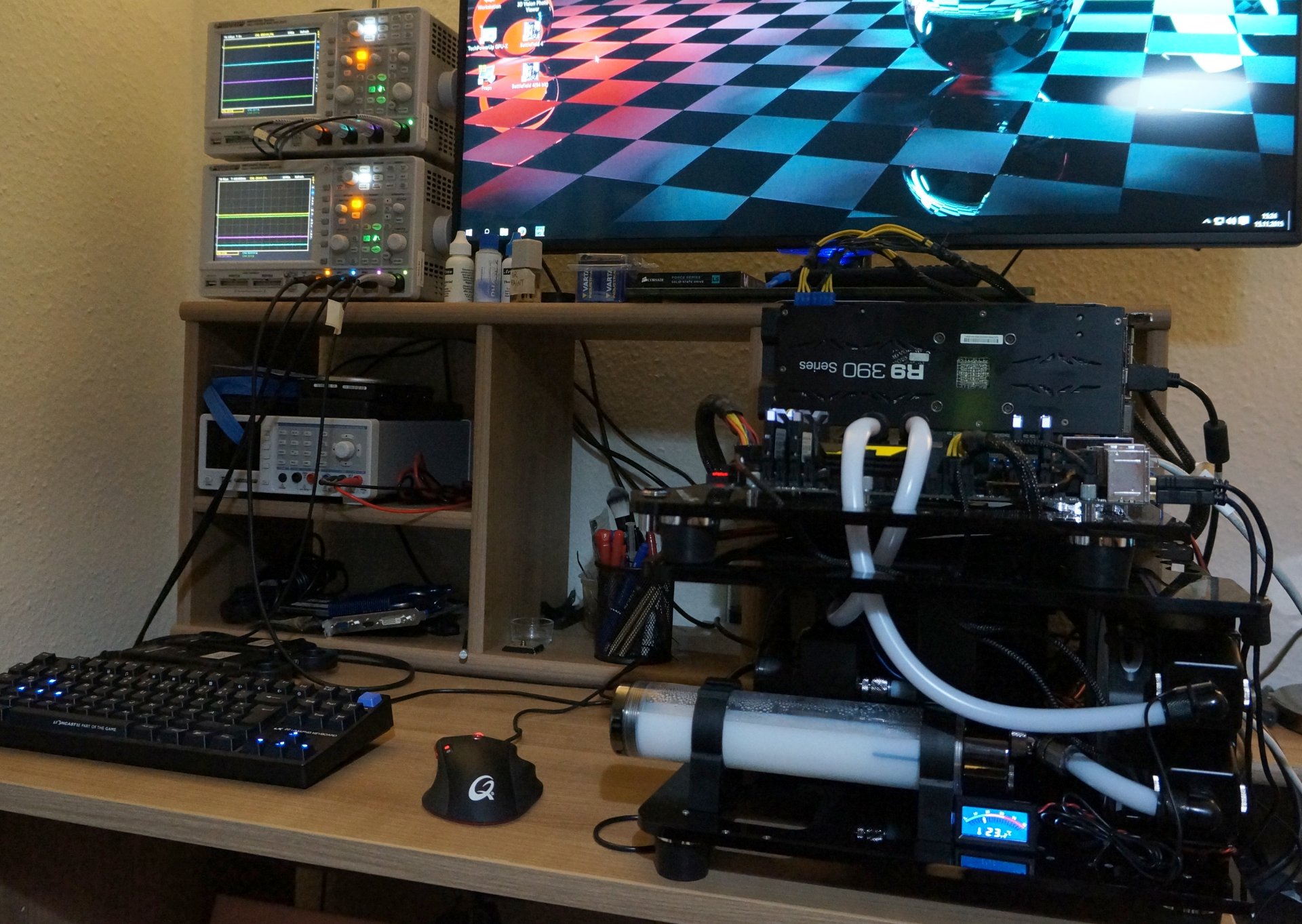 For the exact measurement methods and test setups, we recommend our basic articles on the respective topic, because transparency and traceability are important for the classification of the determined values and results:

Below you will find the technical data of the various measuring and testing systems in a tabular order: