Rumors or no rumors, NVIDIA really pushed the lid on this time. Much of what is currently being repeatedly leaked is not so new and sometimes it is just a repetition of what went through the media months ago. Click-bait stop. Does anyone remember the number 20 that was just rewound? I had already speculated (and calculated) in June in the article “Does NVIDIA for Ampere need a new power supply solution? The current Turing design as a bottleneck for Tensor and AI performance“ that you have to expect 10 phases for the GPU (NVDD), 6 for the secret stuff (MSVDD) and up to 4 for the memory. And now, 20 coils should fix it. But there are even more, if you add the input filtering and the other partial voltages. Ok, check it off, so it’s not so new, just tweeted again.

Come on, over 20 chokes…… pic.twitter.com/QA3O9XUBcH

And what’s really new? First of all, NVIDIA isn’t willing to let the butter be taken off their bread this time. You can grant them that as well. Even though it is planned that the board partners will be allowed to start with their own boards at the same time, the reference board PG132 for further assembly with an own cooling system has not yet (as of today) arrived anywhere. Just like the final BIOSes and the real specs. What is currently running on all the evaluation boards is already plausible, but still anything but final. So the board partners do not even know the final clock rates. This should always be taken into account when calculating performance, because chips for mass production are (still) rare. Therefore, I don’t believe anything when it comes to read benchmarks, because it’s neither the final chips nor the real settings. 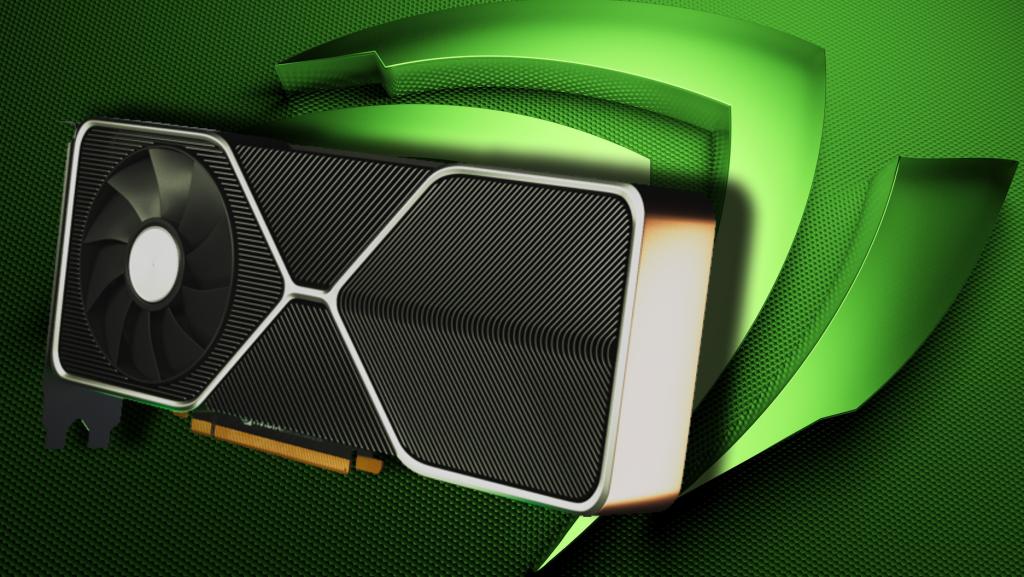 In addition, many an engineer puzzles whether the sensor values that are currently being read out are really correct. But what you hear in turn is that the chip itself is not even the problem when cooling the (by me projected) maximum 230 watts (estimate, GPU only), but the extremely high clocked memory. You have to keep this in mind: already the top side of a 12 GB card would have about the same power dissipation in RAM as the voltage converters for NVDD and MSVDD in total!

With a little experience and the estimated length of the tracks between the voltage converters and the area under the BGA, it is about 10 watts, which are converted into heat on the way inside the multi-layer board. Here it concerns here altogether 8 modules, between which in the sandwich still inside the board the heating glows. If you take a look at the documents and what is known about the micron memory, the memory dies at 120 °C Tcase. But the somewhat lower tjunction is not everything, because already clearly below this value the memory starts to throttle.

Here I also like to refer to the older article “Is Nvidia’s big Ampere difficult to cool with air? A thermal prognosis gives first information“, which already dealt with exactly this problem of the asymmetrical heat emission. The memory is, even if you ask the board partners, the real problem child, which is to place current air coolers before such problems. One reports of up to 98 ° in the hottest module. At least here AMD can sleep a bit quieter because of the wider memory interface, without having to tinker with the GDDR6 on steriods (in the form of the GDDR6X). 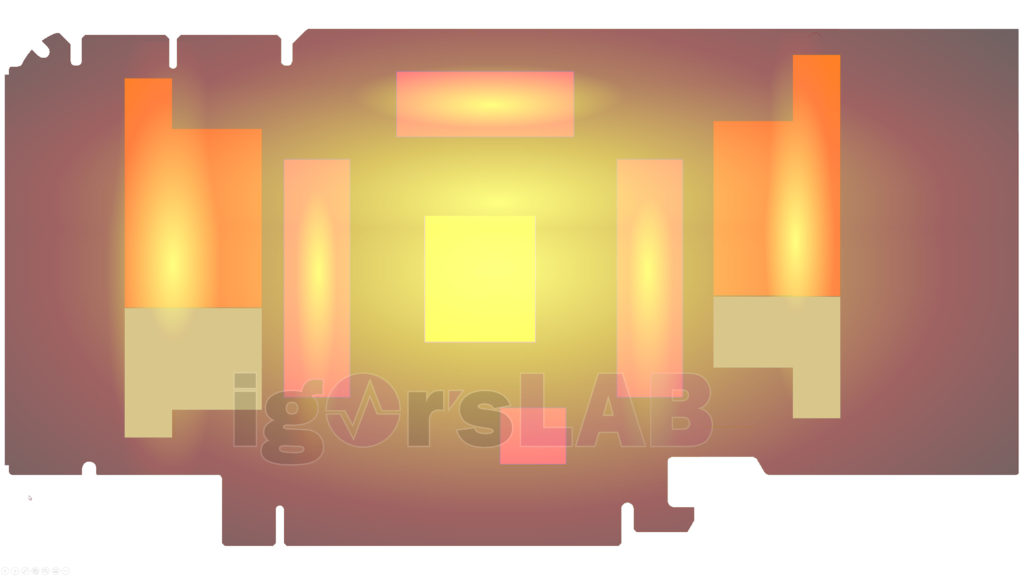 I had already reported in another article that you have to expect up to 150 USD for the cooler of the Founders Edition, which is quite exclusive. Well, I was apparently a little bit wrong there, because it is supposedly even 155 USD. If you multiply the prices for such a Vapor Chamber (VC), you end up at about 50 to 70 USD pure manufacturing costs for the unusual shaped design, which however do not include everything. Because a large-scale production at manufacturers like Auras starts at about 1 million Piece and everything underneath. costs once again an extra charge in addition to the margin, which the manufacturer allows himself anyway, in order to make a profit.

However, board partners cannot afford such exclusive games. NVIDIA’s so-called “over hand feature”, i.e. the very short boards with a protruding cooler, generate a very high heat flux density on a rather small area, especially with double-sided memory assembly. This is gonna be hot, really hot. With dual-slot designs, however, this won’t be possible without VC, because the up to 350 watts really have to be transported away quickly.

To sum it up: There are no final performance data yet, Nvidia keeps the ball extremely flat for fear of leaks and the AICs even on the shortest dog leash I have ever seen at a launch. If you add the time in production, a launch of the custom models can probably not be expected until the second half of September. If everyone will really hurry up then. Only, we already had this list too, but this time the whole thing with a background. It is still allowed to do handicrafts. Something.

For all those who are now wondering what was really new here, it is written between the lines.

When the GPU’s backplate becomes a real helper – Cheap coolers can really benefit
Intel’s Xe-HPG gaming GPUs in the 6-nm process from TSMC? Launch of the graphics card line-up as early as 2021