Well! For all ambitious hobby DJs and distressed users of the German snail internet, Capcom finally released the box of "Monster Hunter World" yesterday. That was reason enough for me to look again at current drivers and this scheiblet. But if someone had told me five years ago that you could have installed such a fat game online in 12 minutes, I wouldn't have believed it.

But not everyone has the luxury of gigabit internet, so you can really thank Capcom for the fact that the game is still available on discs. This, in turn, is no longer so self-evident. Although you still have to steam despite the almost never-ending installation from the physical data carrier. Including activation. Well, you can't have everything.

Also at the risk that I will be the 1001. Publish benchmark on the subject, I have had the fun this time and benchmarkthe most important maps twice under different premises. Once with maximum drone, which ended quickly in the fiasco with such a somewhat dusty engine, if you don't want to play in full HD, but better dissolved. The second time with settings adapted and optimized to the resolutions.

This makes a deeper sense in order to achieve better frame rates and thus also produces a certain added value, but in the end it doesn't look quite as great. With the graphics even at maximum, you don't always see where all the power of the graphics cards (and that of the CPU!) actually seeps away. The game grills the cards with a gesture of nonchalance and only in places also delivers top optical cuisine. Often enough, one lies between the bourgeois mainstream and the company canteen, depending on the resolution and attitudes.

The reason for all these limitations can probably be found in the MT framework engine, which has been drilled neatly time and time again, but now has more than an incredible 12 years on the hump. The main reason is probably to use old assets from previous games and to be able to use the entire existing development environment almost unchanged. This saves resources, time and, logically, money.

In order to generate really comparable and consistent benchmark runs, I use the galleries available in the course of the game, where you can play scripted scenes until you can call each blade of grass by name. It is always the same content – ideal for benchmarks. Both scenes together form a very good mix, which only narrowly scrapes at the worst-case and is a bit milder. The gallery shows some Ultra HD screenshots of the entire run. 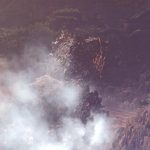 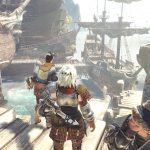 Let's get to the maximum optics first: temporal AA is activated and everything is at maximum. This is revenge very quickly, because even in full HD, the factory-overclocked Aorus GeForce GTX 1080 Ti does not create 86 FPS. With all other maps, you don't even crack the refresh rates of a medium-sized monitor. But it's just part of our benchmarks, and that's the case, even though such an attitude to benchmarks is really quite meaningless. With playable frame rates, however, this has little to do with the general public, even on Full HD. Therefore, while I keep most settings to Maximum, I deliberately lower the volume rendering quality. This brings a pretty decent boost to "low" and without extremely severe optical losses. Even the slightly memory-lame GeForce GTX 970 still barely nibbles at the 40-FPS make. Since this is not a first-person shooter and the whole feeling is always console-heavy-spongy, this even fits.

To get the same in WQHD, I had to lower the preset to "high". However, I leave the rest unchanged. At first glance, however, things still don't look so much worse, but they remain playable on almost all cards. Different in Ultra-HD, where I had to lower the preset to "medium". In order not to lose any further visible quality, you have no choice but to disable volume rendering. But even then everything buckles neatly below the smaller RV Vega. To get back to the MT framework engine: the game also hits the CPUs quite neatly. MT also stands for multi-threading and that's exactly what you notice. You probably don't have to start with a dual-core and a GeForce GTX 1080 Ti is controlled by an overclocked quad-core without hyperthreading or SMT is also still slowed down. And so this time I overclocked the test system up to the "Kotzgrenze" so that the graphics cards could walk around freely even without reins.

Forgotten Windows password? How to save your offline account and change your password in minutes | Practice
The PC Messi team – From plush, plunder and lots of rubbish