I would like to introduce you to some of my friends and acquaintances who are also involved in the international modding scene and some of whom have really set visual and technical milestones. But can you actually make a living from it? Of it rather badly, but with it all the better! That’s why I’m starting today with Mike, who I keep running into and with whom I’ve already experienced one or two exciting events. His trademark? The sunglasses! (Okay, I know another one) 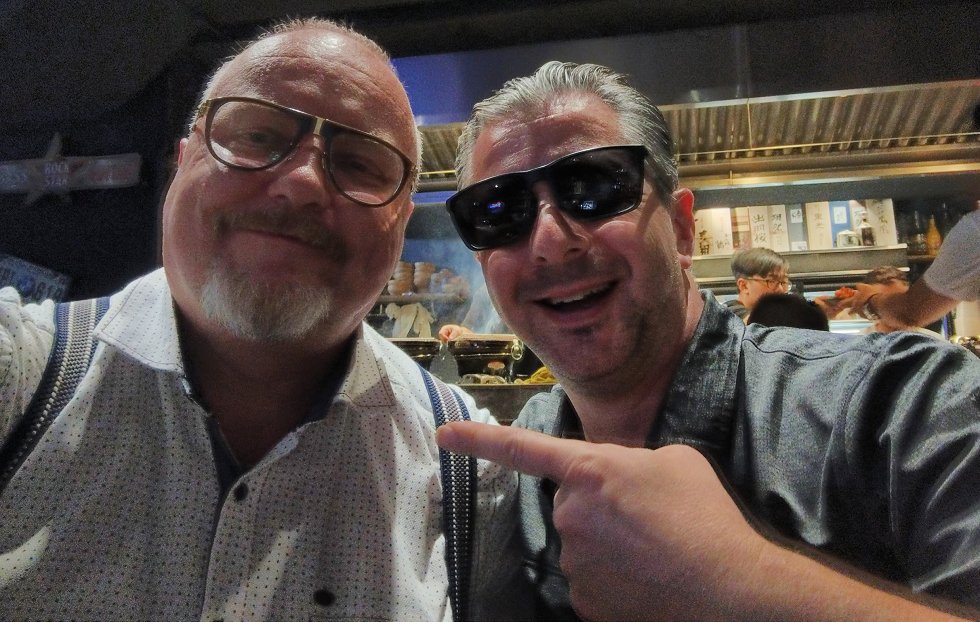 Mike started PC modding in the beginning of 2000, because normal PC cases were just too boring for him and especially too hot inside. Drilling/cutting 80mm holes for additional fans, using rounded IDE cables, and stowing the power cables behind the motherboard were the first logical steps to achieve better airflow and cooling.  Later he experimented with water cooling aka aquarium pumps, tubes, car cooling blocks and radiators.

Cold cathodes (CCFL) and UV light instead of aRGB were the crown of illumination back then and if you really wanted something as exotic as an LED in your fan, you still had to solder it yourself. Today actually unimaginable, but these are exactly the basics with which I also once started. Yes, Mike comes from a completely different background, but he’s already something of an original and a living legend, he’s still active and rocking the charts. He also inspired and still inspires the new generation of modders. Because modding is (his) passion and he will probably continue to do it as long as he can.

Modding keeps young and upright! And it actually helped him achieve his dream in the long run…: Buying my own house with massive ModCave and starting my own company (MP-customized), fully stocked with equipment and pro machines to build the craziest projects you could ever dream of. Finally arrived and satisfied with himself and his work? Yeah, sure…

Now let’s hope that we all meet somewhere and soon after this crazy time, until then the pictures of the photo gallery will have to suffice … ModOn! 😎