Intel's Phantom Canyon NUC 11 Extreme, which will use the next generation of next-generation 10nm Tiger Lake CPUs, has now been sighted in 3DMark for the first time and Rogame's result has been released on Hardware Leaks. This news not only reveals the specifications, but also the performance values that one could expect from this small device. According to Fanless Tech, the Phantom Canyon AKA NUC 11 Extreme is a new, very gaming-oriented NUC, which is supposed to shine with the 28W Tiger Lake U-series processors (i5 and i7 as options) and discrete TBD graphics from third parties (with 6GB, 8GB graphics RAM). Interesting here is the discrete graphics hardware from Nvidia used in the Phantom Canyon NUC. Below you see a 3-Mark-Time-Spy-Run of the said NUC 11 Extreme: 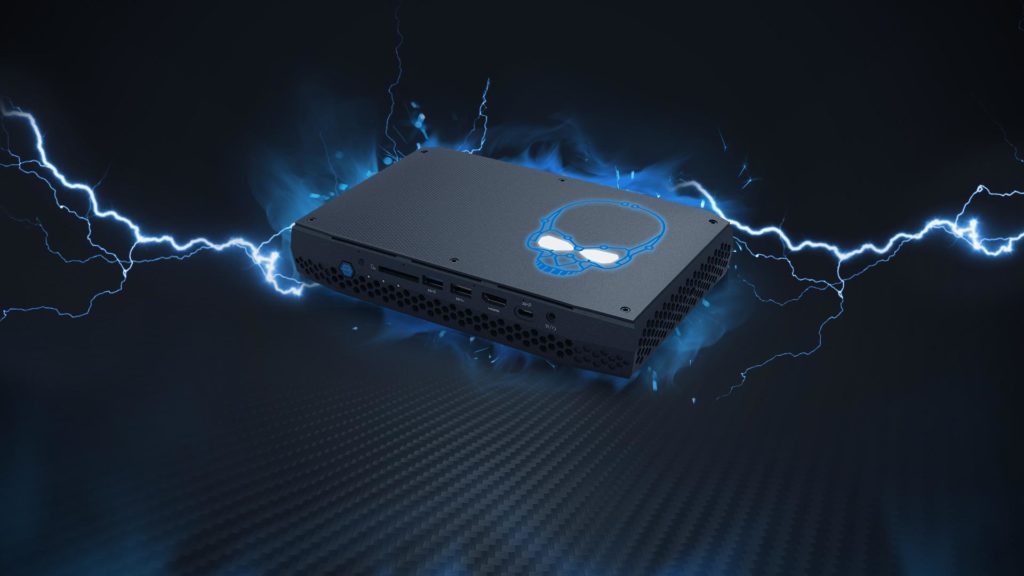 As it looks, the NUC 11 Extreme has a CPU with 4 cores and 8 threads, which has a base clock of 2.3 GHz and a turbo clock of up to 4.4 GHz. The CPU part reaches about 4590 points, which, as Rogame explains, is a bit lower than the Core i7-1165G7 (Tiger Lake-U 28W), which is equipped with a base clock of 2.8 GHz, which suggests that this could very well be a Core i5 chip and also an ES (Engineering Sample). Nevertheless, only 160 points less than the largest Core i7 chip is pretty good. The Intel NUC 11 Extreme has a total of 8 GB of DDR4 memory and about 2 TB of NVMe SSD storage.

As the primary graphics processor, Intel has already hinted at the use of a discrete graphics solution from a third party, considering that the Xe DG1 graphics processor will not be available in a discrete variant in the foreseeable future. The NUC 11 Extreme therefore relies on graphics processors from AMD or NVIDIA (6 GB to 8 GB). The special variant that has now been leaked has an 80W NVIDIA GeForce GTX 1660 TI with 1536 CUDA cores and a GPU clock frequency of about 1600 MHz. This notebook solution is already a pretty decent 1080p solution even for notebboks. 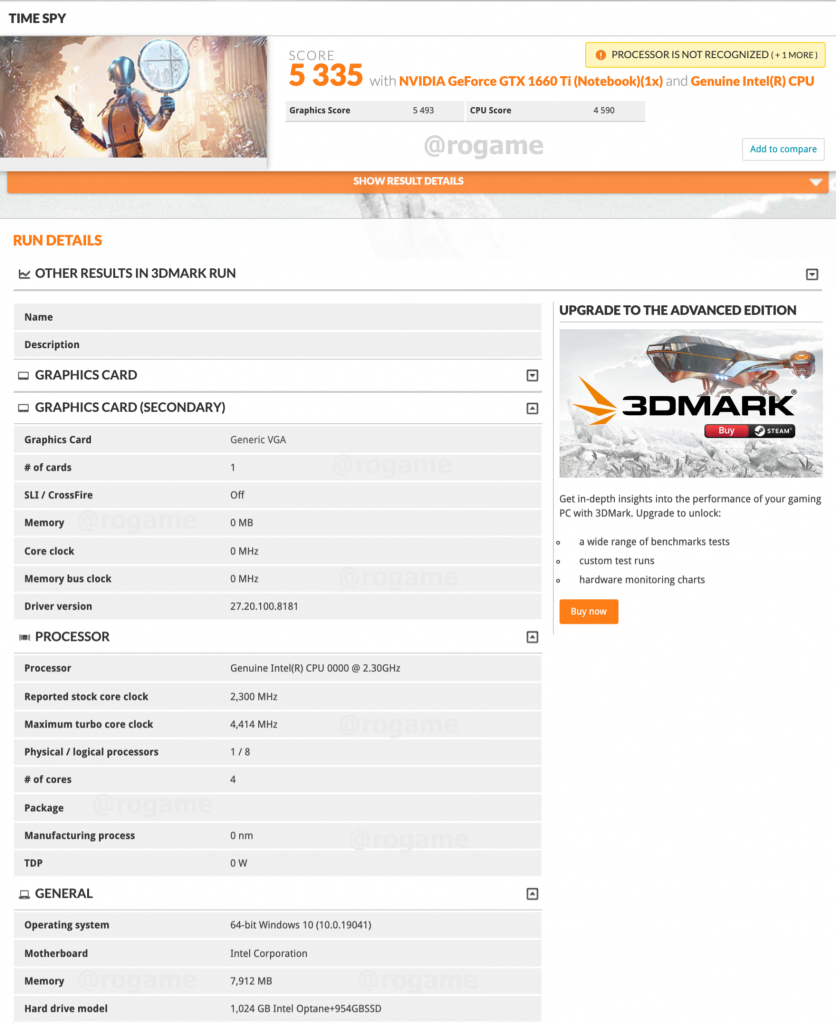 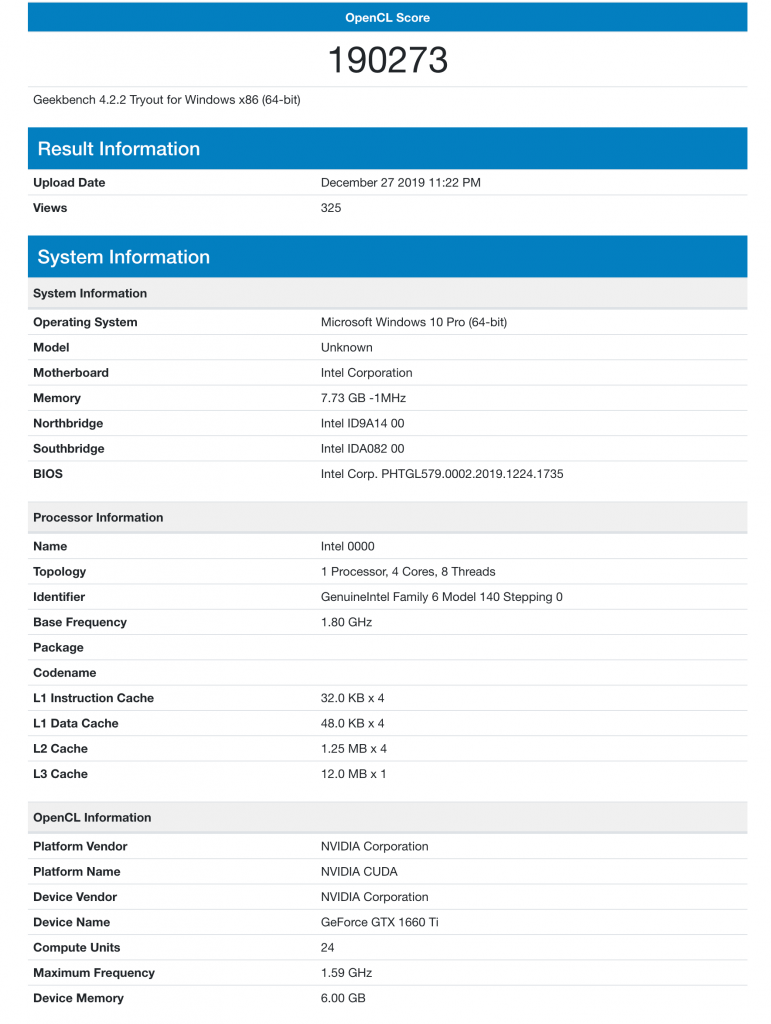 Intel's Xe DG1 GPU in the 3DMark benchmark – faster than all integrated GPUs, but slower than the entry level cards from AMD and Nvidia
Why always just play? RTX On also fits ever more frequently into the working life or the creative corner, if only one knows how and where | Workstation Special