The Fractal Prisma AL-12 PWM ARGB is obviously underestimated as a 120 mm case fan, because we got several requests from the community to test this model in more detail. Most reviews of the cooler that we could find at all were richly vacuous and tended to come from the “laying on hands” and “finding nice” category. That was reason enough to take a closer look at the whole thing. 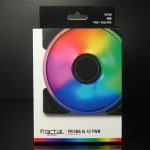 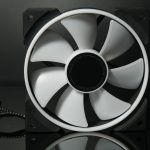 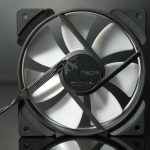 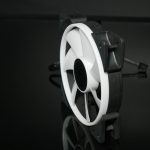 For currently more than 23 Euros, this ARGB fan is already an offer from the somewhat higher price segment, but still cheap, if you sort the top models in the right price range and the fan also does what it is said to do. The fan is exactly within the norm with its 25 mm thickness, which of course makes it more comparable in the end, especially since the rest of the design also tends to follow current trends and doesn’t reveal any daring design stunts at first glance either. 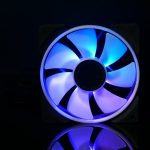 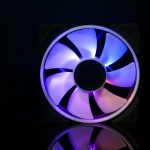 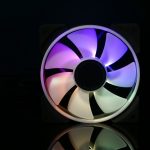 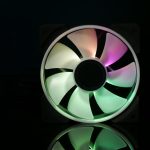 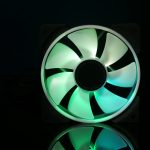 Included is only the fan including 4 screws, but that’s enough, because the RGB fans can also be cascaded. The bearing is based on a classic sleeve bearing, which is to be given better running properties with an additional magnet. We will see later if and how this works. However, the marketing term “LLS” bearing ultimately stands for nothing more than “Long Life Span”, i.e. a bearing with higher durability (MTBF). But it sounds good already, marketing goal achieved.

Let’s take a look inside the open fan. We recognize a classic 4-pole motor, the control board with a total of six LEDs, the cable leads hidden in the hollow (and somewhat thicker) motor strut as well as the simple sleeve bearing with vast amounts of appropriate bearing grease. Pressed and mounted everything is on the simple but quite torsion-resistant frame construction with a total of 4 struts. 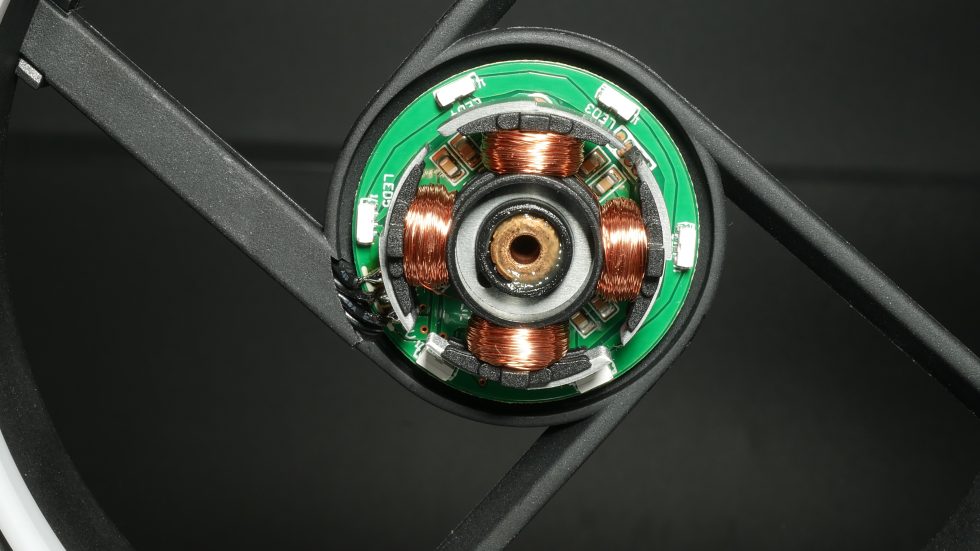 The rotor (impeller) as a counterpart to the stator is a translucent block with a total of seven rotor blades, slightly rounded and beveled edges and corners, as well as the obligatory pressed-in ring magnet as a rotor and the axle made of stainless steel. The translucent fan blades and the outer ring fitted into the frame were specially designed for even illumination, which compensates quite well for the rather low number of LEDs and avoids visible light spots. The ARGB control supports the normal digital 5-Volt connectors of the motherboards and thus also Asus AURA, Gigabyte Fusion, MSI Mystic Light, ASRock Polychrome and other systems, which are also based on the same technology. 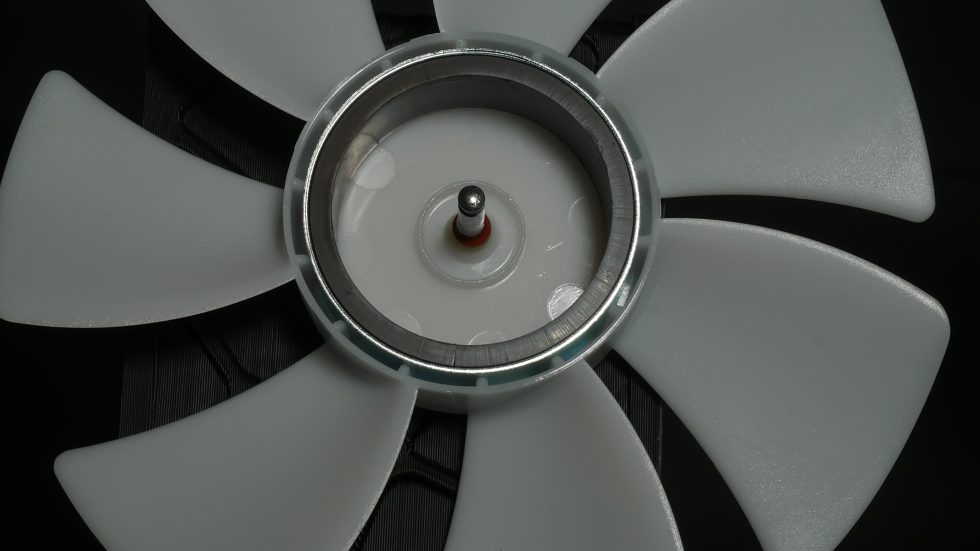 Everything is supported by a black, simple frame, which visually hides no secrets at first glance. The PWM-controlled fan manages a speed range from 500 to 2000 rpm and does not offer a semi-passive mode (i.e. no fan stop) when PWM-controlled (20% minimum).  The decoupling with the comprehensively attached rubber corners is well solved, because it does not twist with the tightened screw. The gap dimensions and surface finish are good. The power consumption turns out exemplary low with under 2 watts for the fan (without ARGB) at full speeds.

However, there are two things to criticize in advance, which do not diminish the quality and performance of the fan, but are based on a contradiction between the data sheet and reality. While the static pressure fits almost exactly, the CFM values for the volume flow are a pure marketing invention, which also lacks a physically plausible basis, because the reality is 28 percentage points below the print.  And then there is the specification of the minimum speeds of 500 rpm or 20% PWM. If, then that would be purely mathematically 25% PWM and in reality it is even 550 rpm and 27.5% PWM.

But I’ll get to that in a moment, because DC controlled, these fans are a smooth blast without the marketing even mentioning it. Exaggeration and understatement are in balance here, so we don’t deduct any points. Only the thing with the CFM values definitely needs to be corrected. But first once again the data sheet for better comparability to the later measurement results:

On the next page you will first see how and what we test and why. Understanding the details is extremely important in order to be able to objectively classify the results later. The differences between many models are more in the details and THE best fan for all situations can hardly exist. There is a certain optimum in every situation and of course there are also good all-rounders. But they usually have their price. But if you plan to use 60mm radiators for example, you might save money by choosing the best model for your application, which might not perform so well as a case fan. And vice versa, of course.