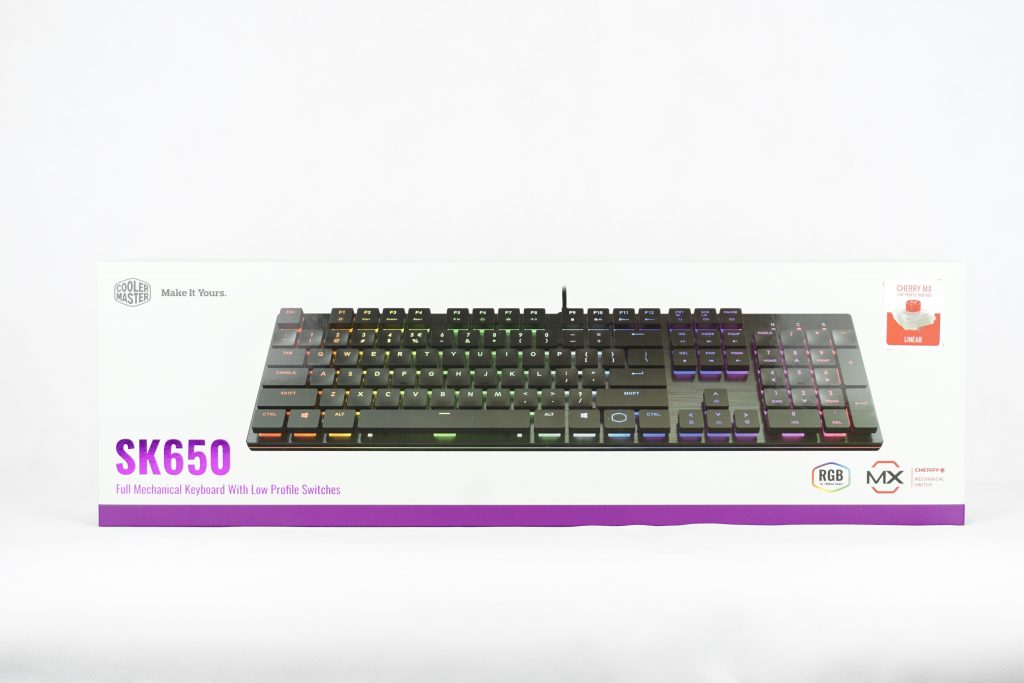 In addition to the "Fullsize" SK650, the product family of flat, mechanical keyboards also includes models without number block (SK630) and a wireless version (SK621). Cherry offers these buttons in two versions – with the MX Low Profile RGB Red Switches and the MX Low Profile RGB Speed Switches. Cooler Master has installed the RGB-Red variant on the SK650, which differs from the RGB speed version by a 0.2mm longer lead distance (inall. 1.2mm). The linear switching characteristic, the 45cN actuating force and the total distance of 3.2mm remain the same. 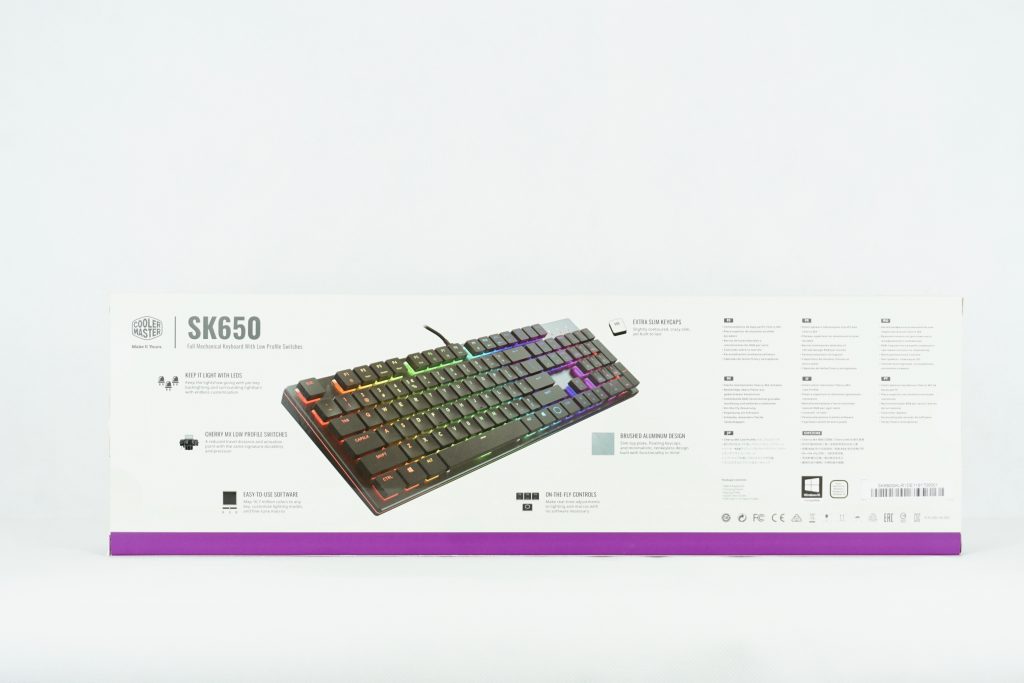 The SK650 comes in an elegant glossy packaging and advertises the characteristics of the keyboard on it. Inside there is a simple black cardboard box in which the keyboard, manual and accessories are securely stowed. However, the keyboard itself is still in a velvet-like pocket, which wants to underline the particularly high-quality impression of the keyboard. In addition to the SK650, the box is joined by the aforementioned manual, a USB-C cable to connect the keyboard, and an auxiliary tool to safely remove the keys. 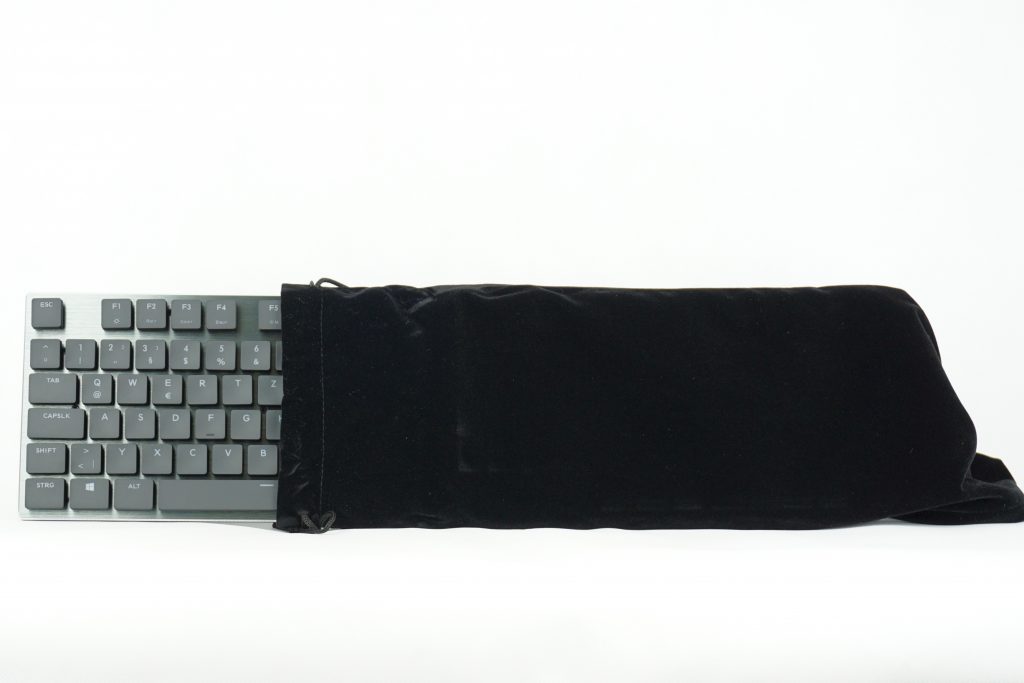 The plastic keys are very close together, creating a very dense image of keys reminiscent of the keyboard of a laptop. The buttons are black and let the RGB lighting from below be illuminated by their signs. Each button has its own RGB unit, which is housed in the Cherry Switch and is therefore also individually controllable. The keys do not sink into the keyboard, but hover slightly raised above the brushed aluminium base plate. This also makes some rgb lighting visible under and around the buttons. 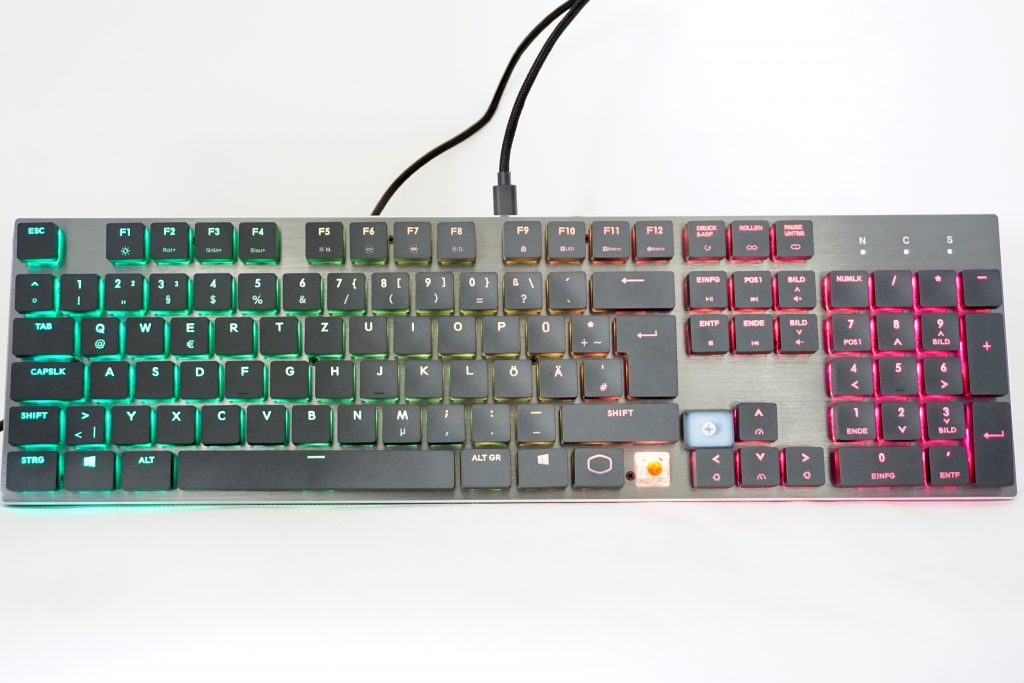 In everyday positions, however, you are never disturbed directly by the LEDs. Especially the brushed aluminium of the base plate helps with indirect illumination and reflects a part of the light pleasantly soft. I find the overall design of the SK650 very elegant and also that the keyboard stands out clearly from the playful gaming keyboards. This could not escape the RGB trend, but thanks to the wide-ranging adjustment possibilities, everything from unlit, via monochrome to the RGB disco is adjustable here. 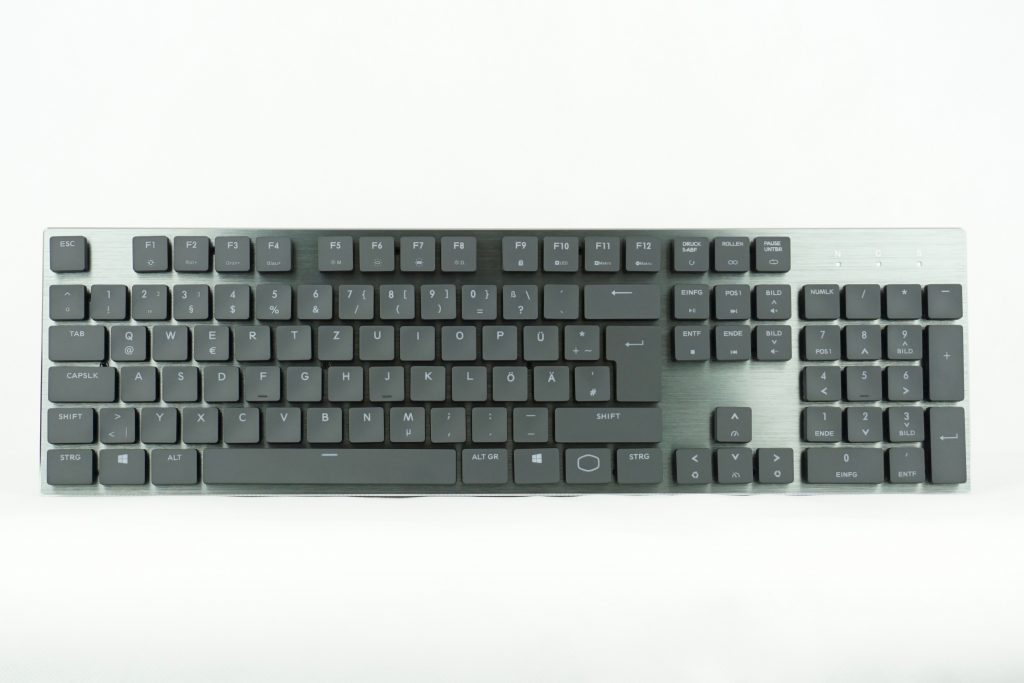 Cooler Master has reduced the dimensions of the keyboard to the minimum possible of a full-size keyboard, which makes the keys almost flush with the edge in all directions and makes the keyboard look very compact for its size. There is no storage for palms and the underside is unspectacularly simple, as the SK650 does not even have folding feet to change the angle of the keyboard. Here you will find only four rubber knobs as well as manufacturer's logo and serial number. 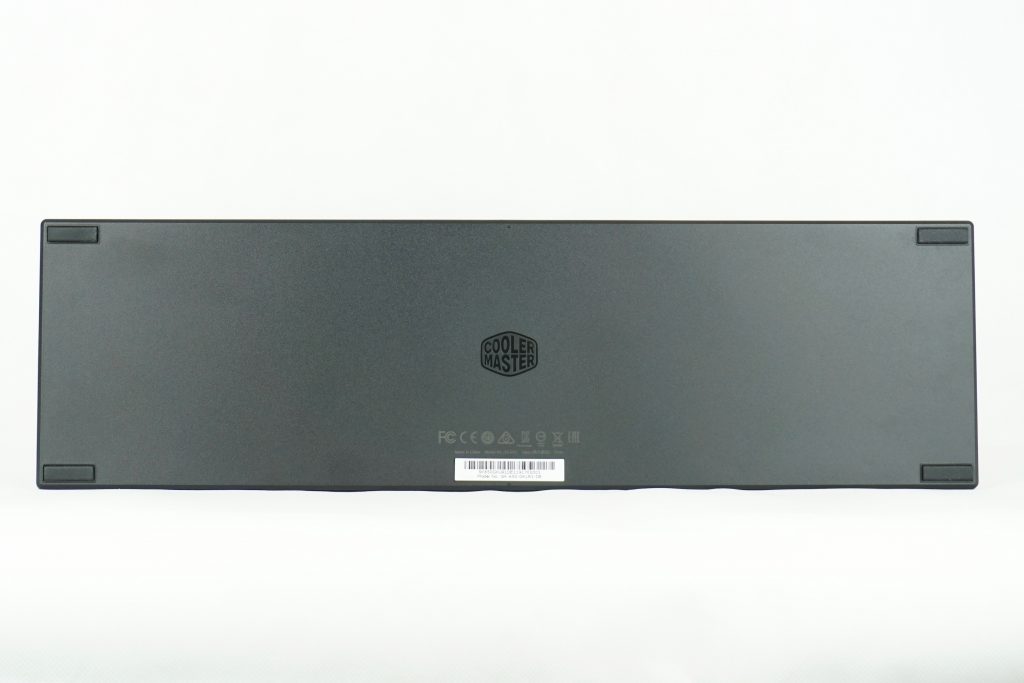 The SK650 is connected to the PC by cable, but it is not firmly connected to the body. Instead, USB-C is used, which is plugged on to the top bar. This gives the impression of being able to easily change the cable in case of a problem, but unfortunately Cooler Master has installed this connection slightly recessed and also chose a cable with a very compact USB-C port. As a result, not all cables can be used, as there are often significantly larger diameters on the connector sheathing. For example, the cable of an external SSD does not fit here. The cable of the SK650 is coated with a fabric mesh and thus also follows the trend to make the cables a little more appealing.

The RGB lighting can be controlled not only via the software, but also via a function key directly on the keyboard. With the help of this, different modes and settings can be made. I found the possible combinations in the supplied manual. 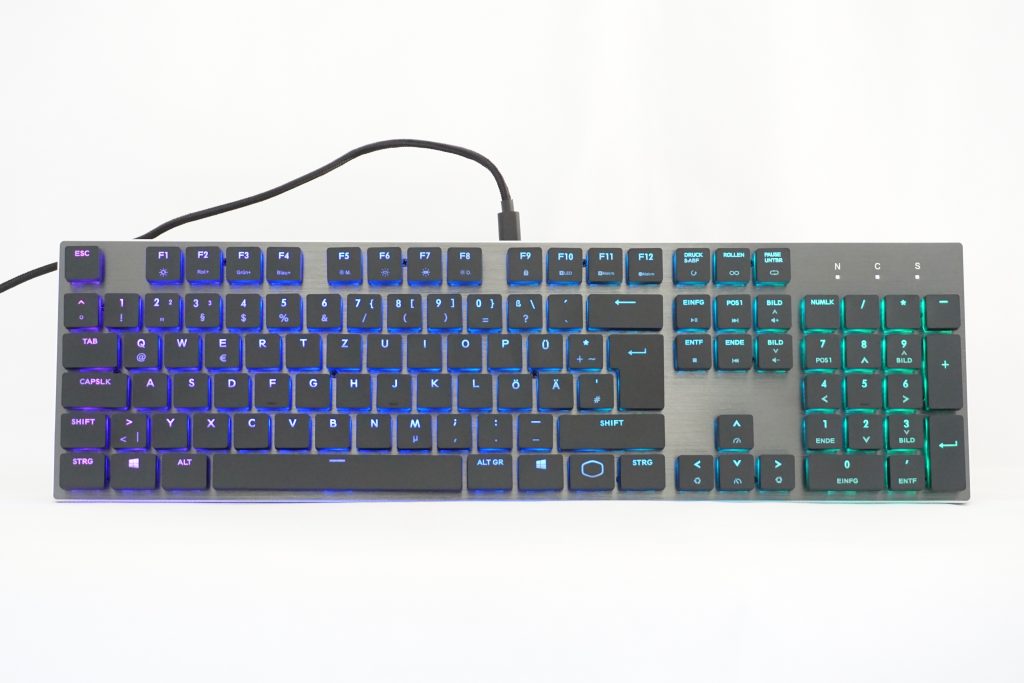 The SK650 is automatically detected via the "Cooler Master Portal" program and equipped with suitable software. The tool is simply called "SK650" and cannot be resized! For operation, a resolution of at least 1920×1080 is necessary in order to be able to display the program in full size. 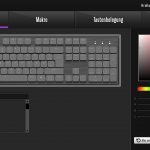 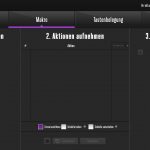 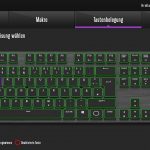 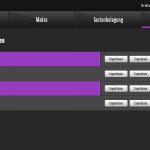 The software is divided into the four tabs: LED, Macro, Key Assignment and Profiles. Under LED, 20 different LED modes can be selected and the RGB colors can be adjusted to suit this. I was also able to adjust the intensity and speed of the lighting, whereby the speed can only be selected in five steps. 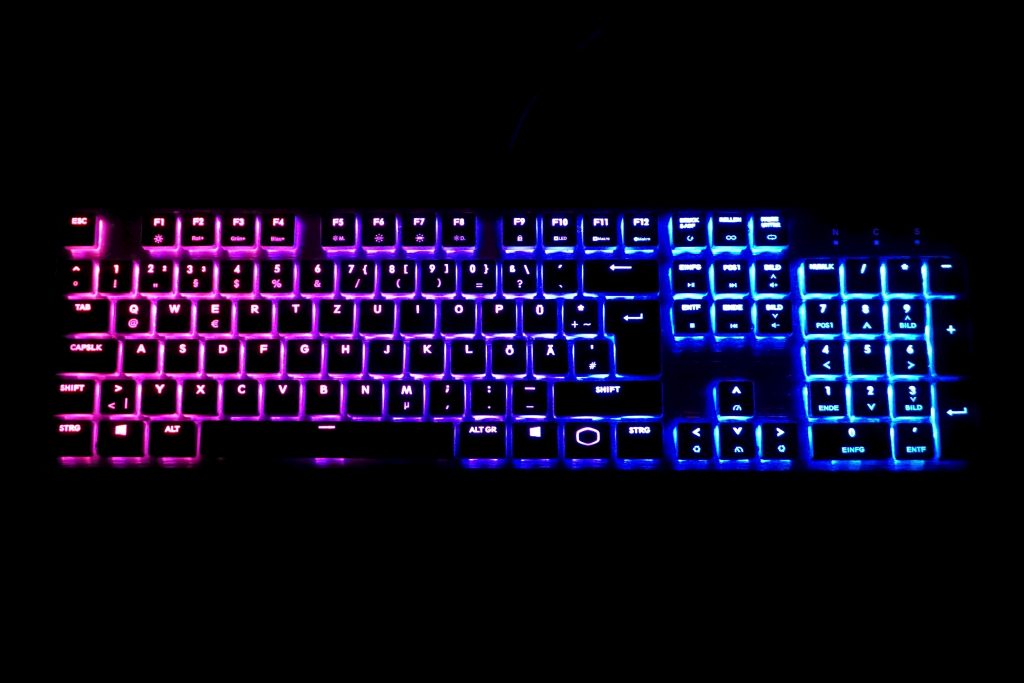 Under Macro, unsurprisingly, macros can be created to automatically perform keyboard shortcuts or sequences. The software records inputs and reproduces them accurately or even with delay if desired. I was also able to determine how the macro should be played: once in a piece, only while the appropriate key was pressed and accordingly stop when letting go. Or press the button to start and stop. The macro can then be assigned to one or more keys. 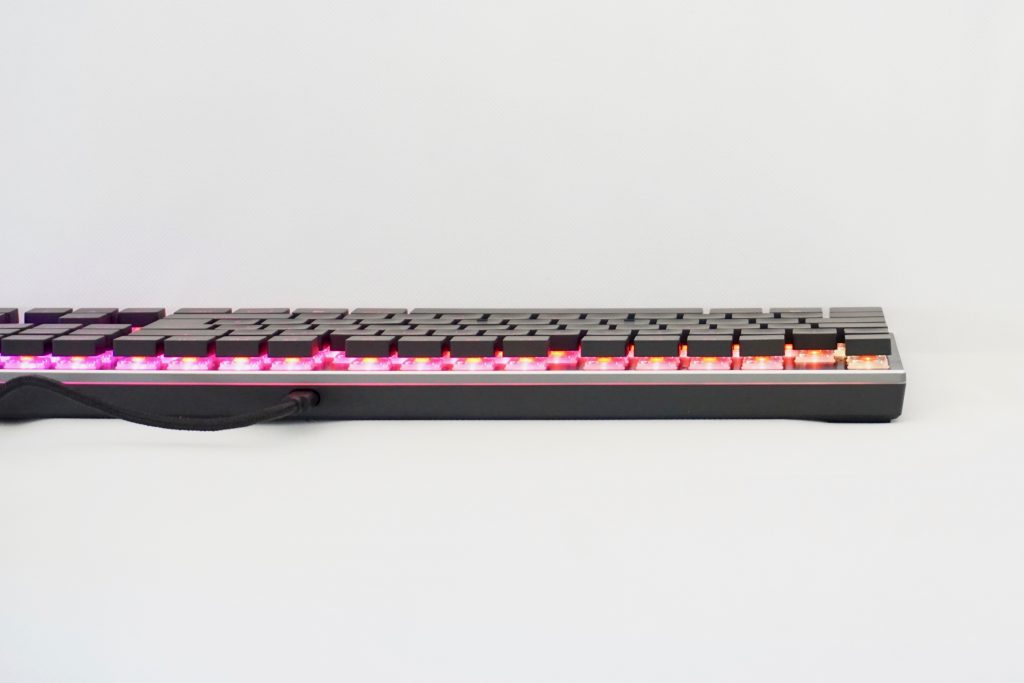 Buttons can be reassigned or deactivated under the "Key assignment" tab. So I could either deactivate unwanted keys completely or re-occupy them for specific games. 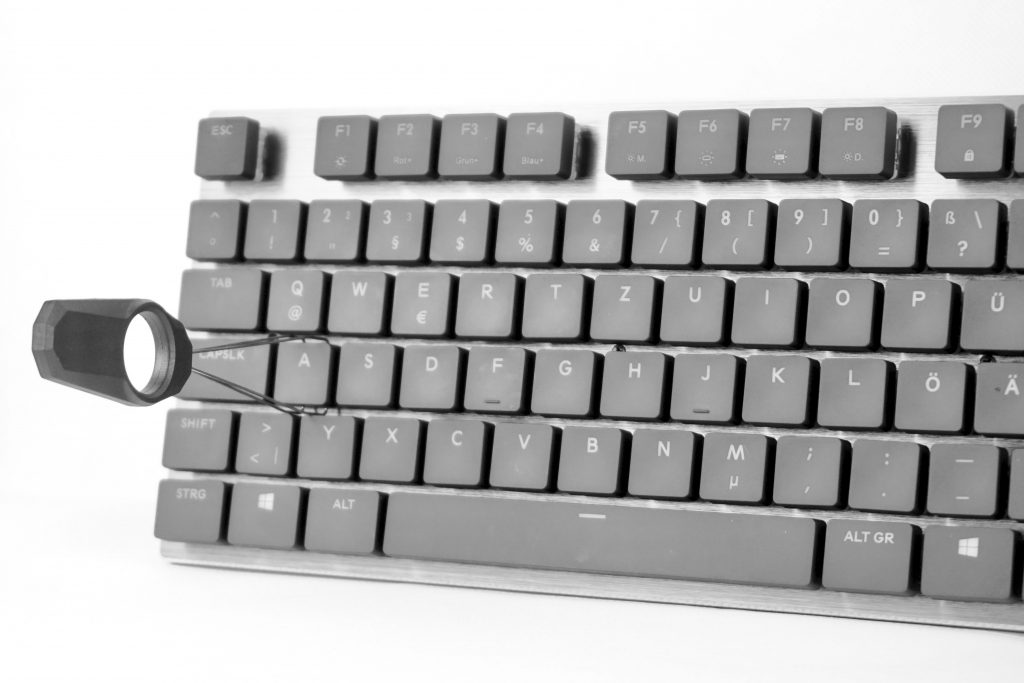 Under Profiles, up to four existing profiles can be managed. These can be exported and imported as a file to back up and, if necessary, to use them again later. 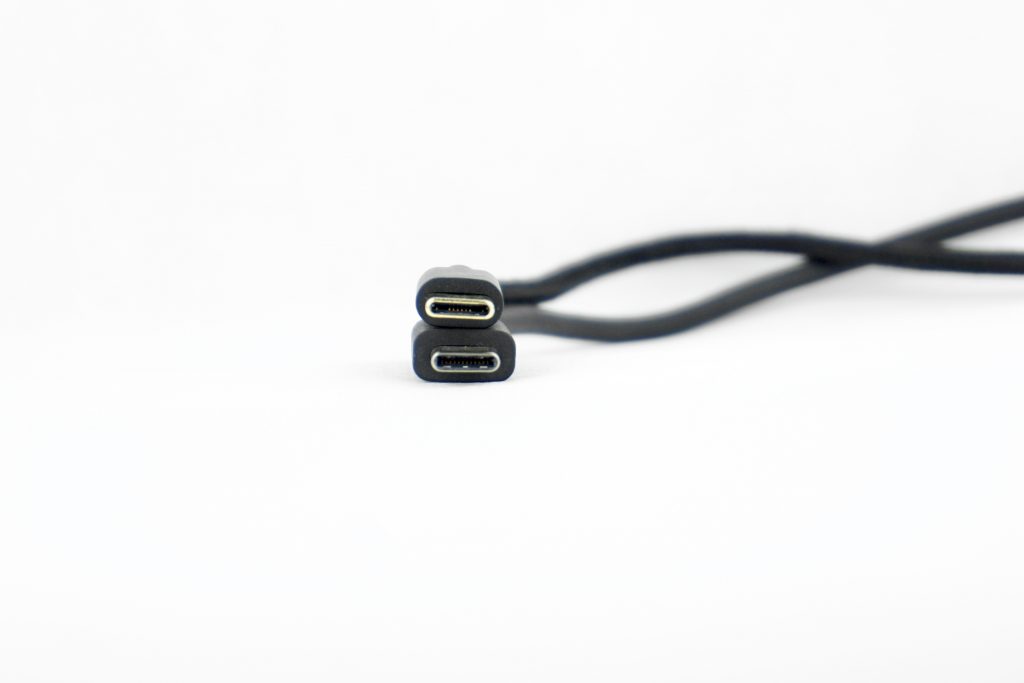