With the CPUs and APUs, AMD obviously makes it like a highly infectious virus, you mutate quickly and attack Intel’s general health on all fronts. There is no other way to look at it, because under the code name “Lucienne” the first engineering samples of a new APU from AMD are in circulation. Let’s first look at the information that has been fed to me before we get out the delicious Christmas cookies again.

With a current clock rate of 3.9 GHz boost and 2.1 GHz base, this is not yet the breaker that could hit the 45-watt class, but since it is very much an early sample (A1 stepping!), the final clock rates could of course be much higher. FP6 also tells us that these are again the unsocketed notebook offshoots.  With “non-uniform”, the cache almost certainly still refers to Zen2.

And the name? LCN stands for “Lucienne” and as far as the name finding is concerned, AMD was really creative this time. At the moment AMD is using the big painters for the chips, but who was Lucienne? At first glance this women’s first name doesn’t really fit into the current scheme, but at second glance it fits even more! The supposed inconsistency is not an inconsistency at all and my art professor would have knocked my head off during my studies if I hadn’t noticed that at some point. 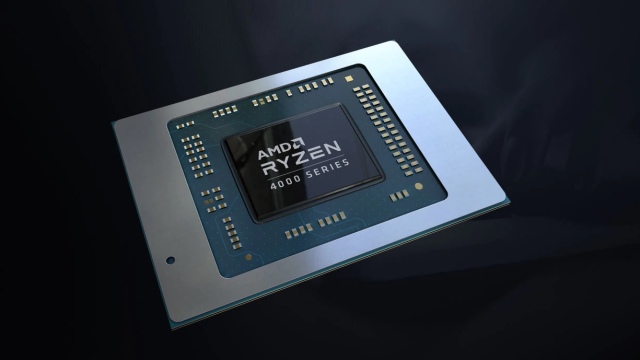 Because the designation, which is conceived around three corners, unintentionally reveals at the same time to third parties like me what kind of APU we are really talking about here! Lucienne who? I am quite sure that it should simply be Lucienne Bisson (1880-1939), a French artist. That alone would be a bit boring, but the punch line is hidden in the family.

Lucienne was none other than the illegitimate daughter of Pierre-Auguste Renoir and Frédérique Vallet-Bisson, a French paintress and chairwoman of the Société des Artistes Féminine. Ha! so we also know that “Lucienne” is most likely an offshoot of “Renoir”, which AMD might produce exclusively for a certain third party company as “Bastard”.

And now the speculatorius and the information come into play again, which you can also pick up at the same time. It is said that Google relies on Coreboot for the BIOS for Chromium OS and they are already working on support for “Renoir” and “Lucienne” to replace Intel’s CPUs. This in turn would be a real coup, because up to now all Chromebooks have been rather footloose Internet laptops, whose main task was to be found in network-based applications.

Intel obviously seems to have lost here as well, should this assumption turn out to be fact. But one did not have to guess so much, because a lot is obvious. Up to the BIOS support, which should definitely come in this form. For AMD it will be one more wedding to dance at, but with Intel you should be warned. Whether Tiger Lake will be able to tear it out soon, we will have to wait and see.