Intel’s new Rocket Lake CPU generation is known to have brought many changes, including to the memory controller. With the new “Gearing” , much higher clock rates can now be achieved than ever before. Accordingly, the focus of the system memory also changes, so that IC types with particularly high clock potential are especially suitable as a pairing. One such IC is the 8 Gbit DJR from SK Hynix, which many RAM manufacturers have recently started to use more in Rocket Lake-optimized RAM kits. We’ll take a look at one from G.Skill today to see if the trade-off of higher throughput but also higher latency is worth it. 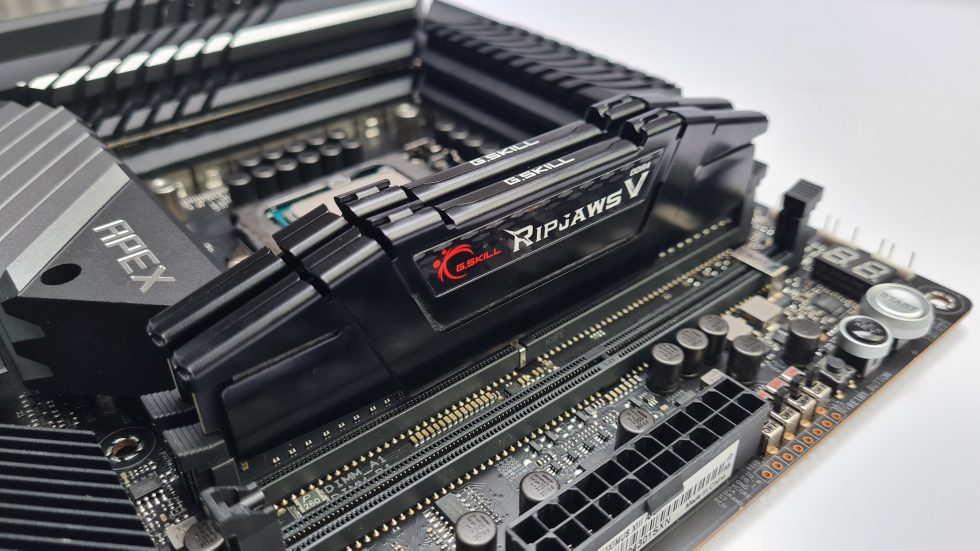 Hynix DJR is characterized primarily by its relatively low load on the integrated memory controller (IMC) of the CPU and simultaneously high clock speed. The only drawback is the very loose tRCD, tRP and tRAS primary timings, which in many cases are 7-10 ticks slower than the tCL. Simply put, the average access latency suffers in favor of the higher clock speed and thus data throughput. Especially in the Gear 2 mode of the new Rocket Lake CPUs, similar performance is possible, at least on the computational data sheet, as with sufficiently tested high-end RAM kits based on Samsung 8 Gbit B-Die – and even with a significantly lower burden on the wallet. 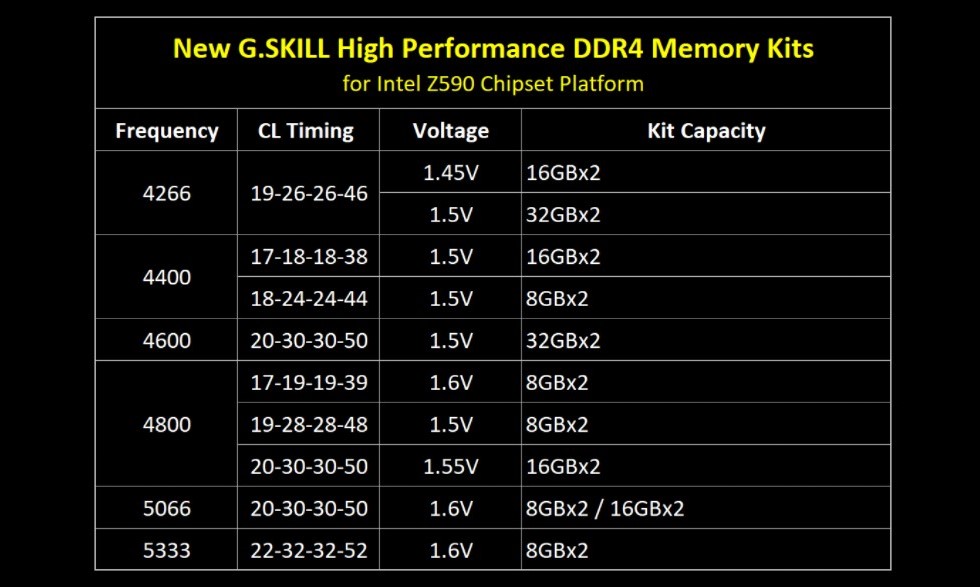 So it’s no wonder that with Rocket Lake, all manufacturers are pouncing on this memory IC, which has been known for a long time but has gained new appeal, and are relaunching their main memory products with it. G.Skill offers a whole portfolio of various RAM kits especially for Intel Rocket Lake and motherboards with the Z590 chipset. Although other ICs are also used, the majority is based on Hynix DJR. From 8 GB modules and speeds of DDR4-4266, up to 32 GB modules and clock rates of DDR4-5333, practically no wishes of Z590 owners are left open. As always, details are available from G.Skill on their website. 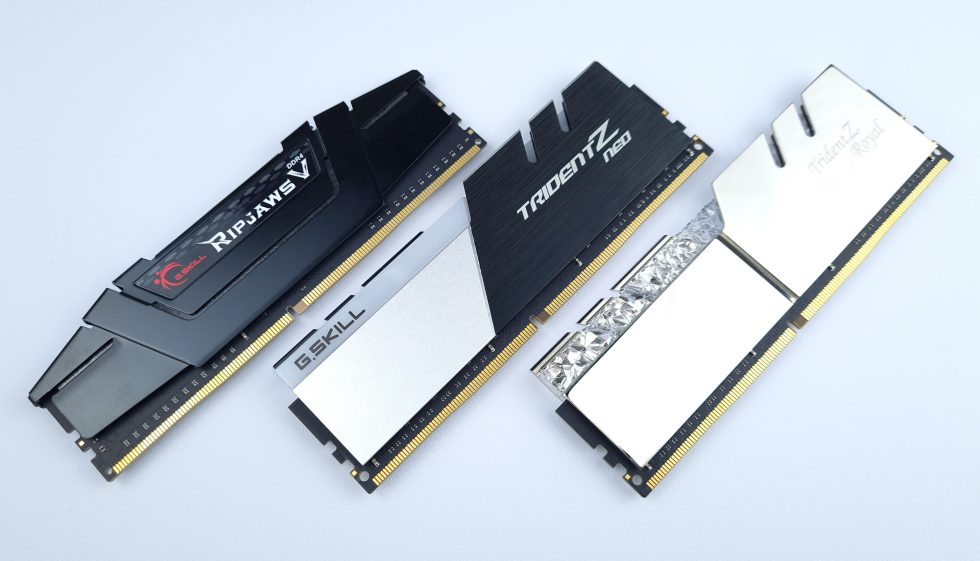 The kits with the respective XMP profiles are also available in various visual dresses, in the form of the well-known Ripjaws V, Trident Z RGB and Trident Z Royal designs. Ripjaws V is the plain “RAM only” variant, with no RGB or other bells and whistles, for the smaller budget. The Trident Z RGB design integrates an RGB light strip into a more complex heatsink design, and the Royals top it off with silver or gold mirrored heatspreaders and reworked RGB lighting with a crystal look.