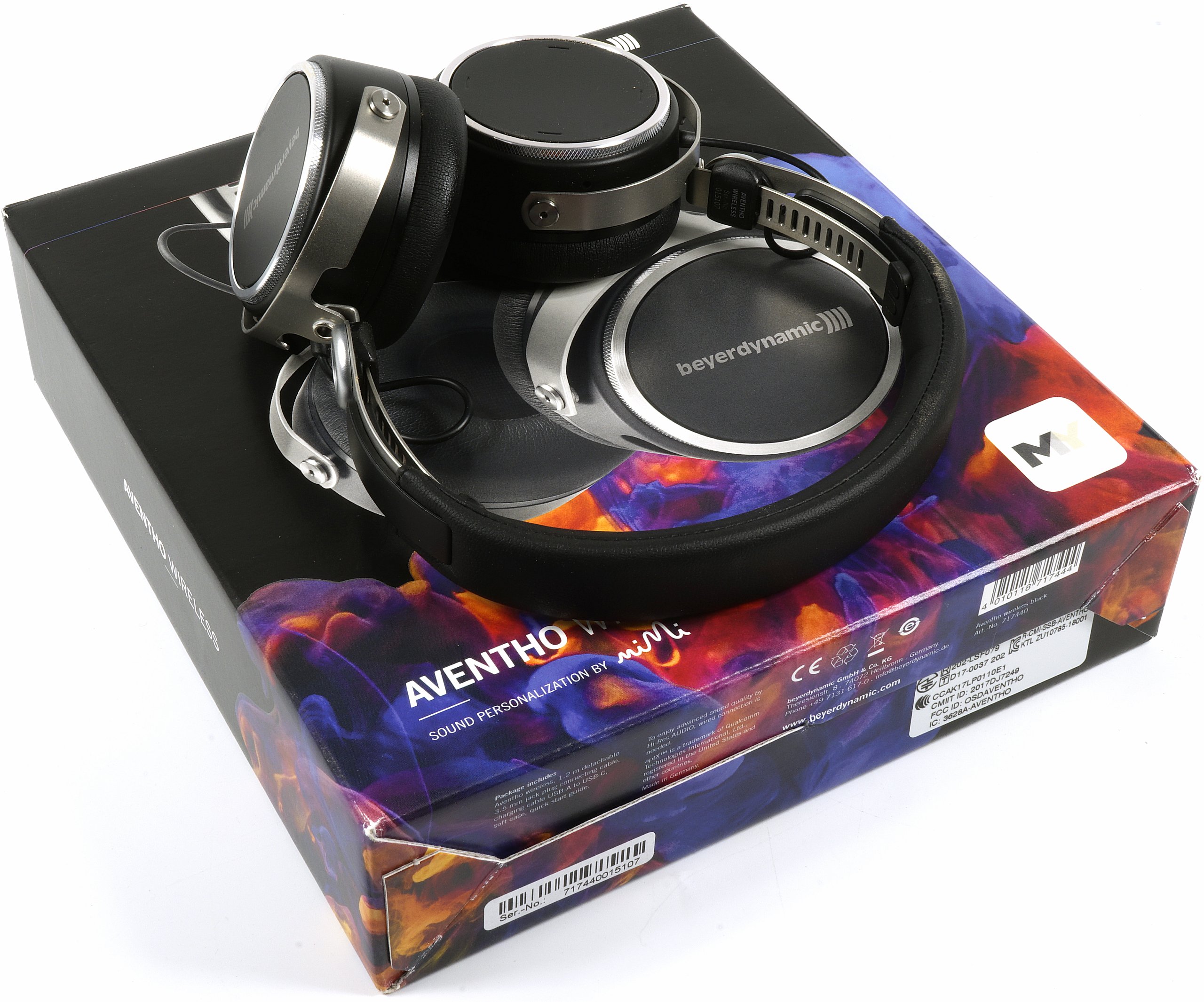 Not quite cheap, but actually worth every penny. At least you can come to this conclusion if you used the Beyerdynamic Aventho Wireless quite intensively over a long period of time. In the end, today's test also reflects my own user and connoisseur behaviour, even if I of course also take the usual defoliations and measurements for the article.

Actually, on the first flight with the Aventho Wireless, I only intended to set an optically provocative counterpoint to all the Bose Beats-What-ever contemporaries who populate the airports with proudly swelled earlobes. For many, the parts are an indispensable accessory, matching the usual unimaginative Douglas fragrances from the mainstream shelf. On the other hand, the editor then sets a suitable Nasomatto fragrance with a different kind of headphones than a neck brace when travelling. Well, he can't noise-cancelling, but nobody knows that and if I'm to be honest, at Gershwin's piano concerto in F I don't need that at all. 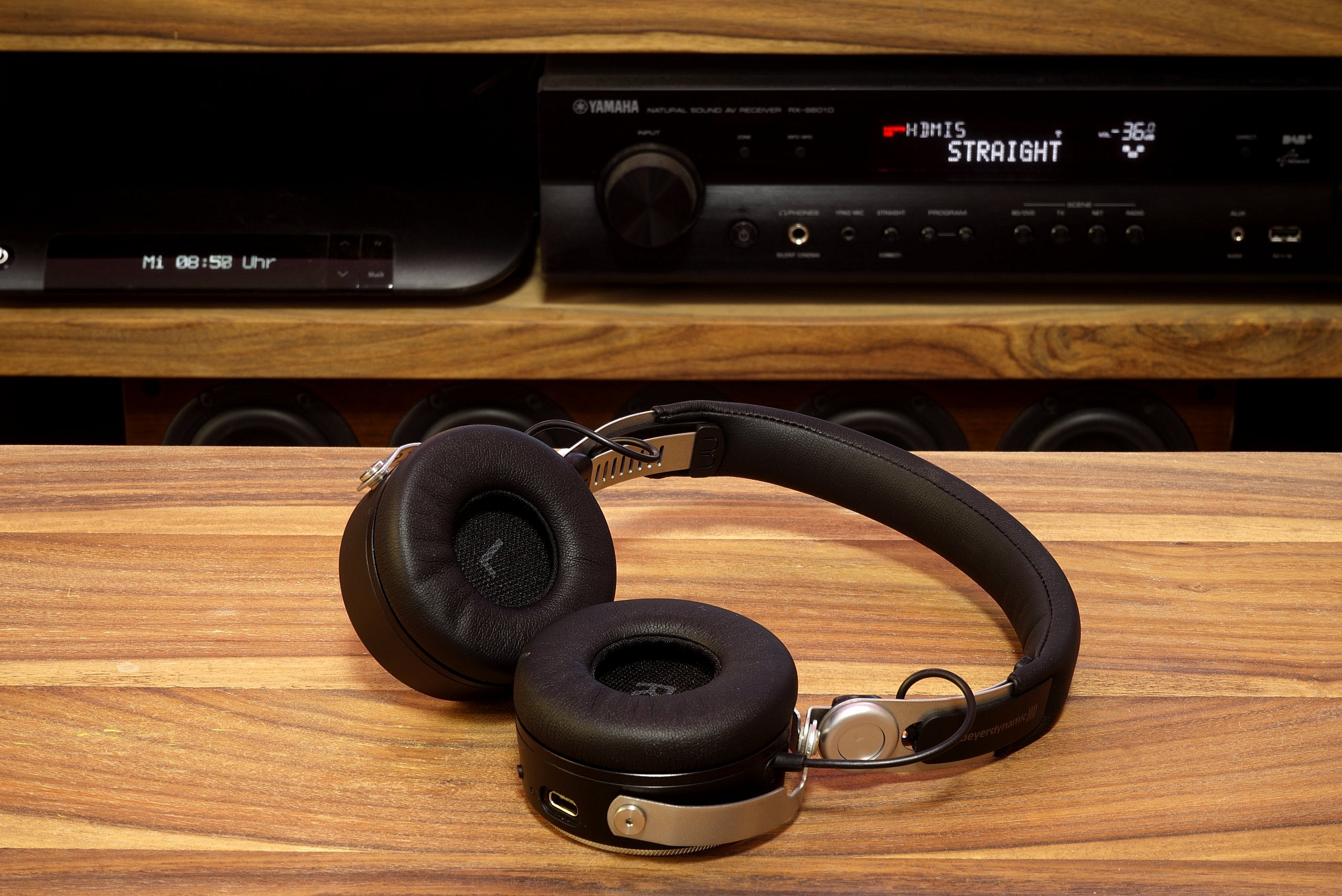 From my point of view, this pair of headphones actually has only two basic flaws: they are (a) not exactly cheap and you get (b) used to them far too quickly. And that with the Noise Cancelling you are practicing at Beyerdynamic right now, there will probably be something coming soon. Which brings me back to the beginning of this paragraph, because then you really have a kind of must-have compulsion and the problem as you explain it to your wife. There are things that you buy and besides, I don't own myself as an influencer anyway (why not?), so I have nothing else left. 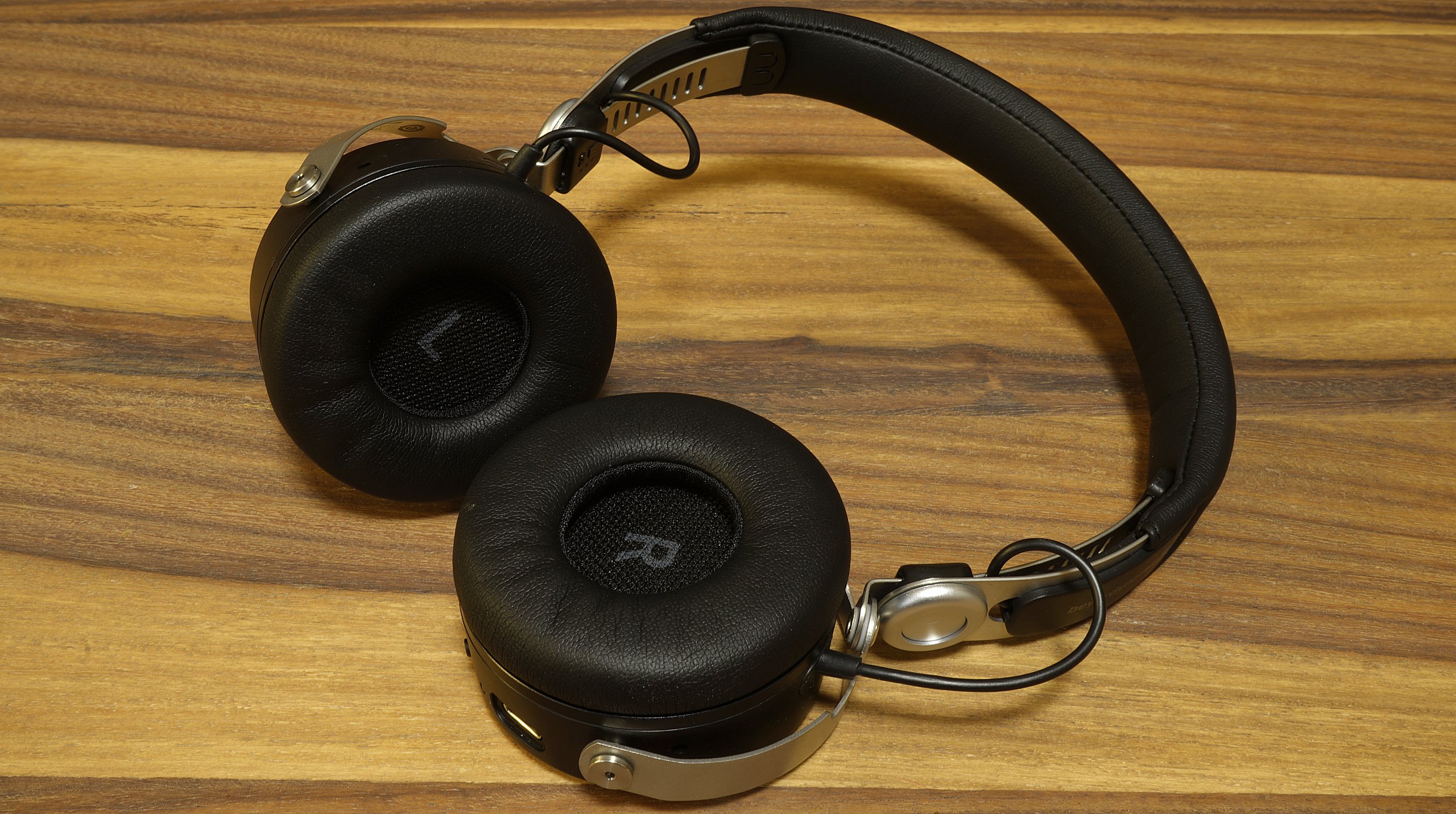 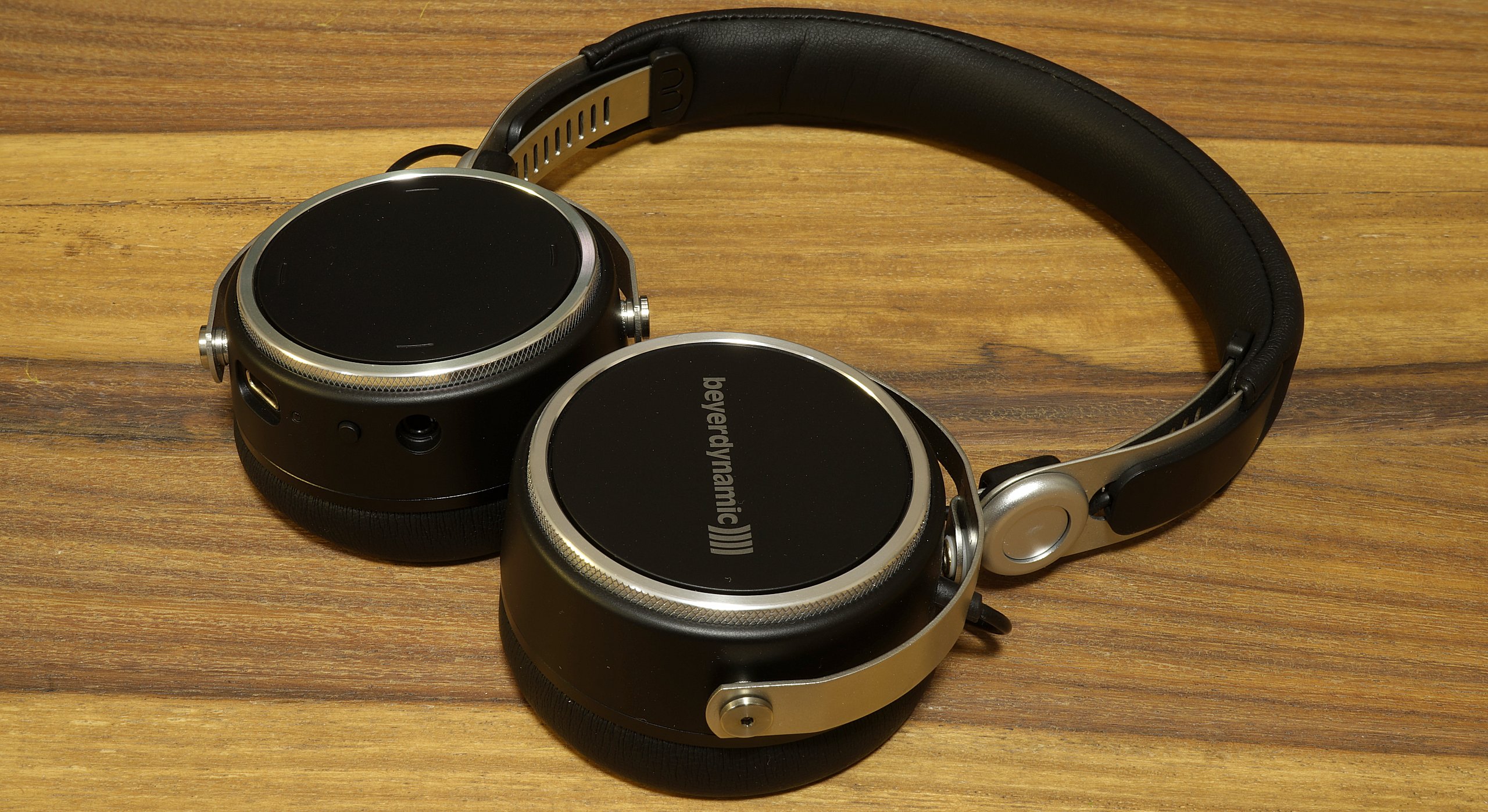 But always nice in turn. Beyerdynamic has not only gutted and rebuilt the homepage recently, but has also fundamentally upgraded its own product portfolio. Then there are such things as, for example, a wireless headset or a separate, mobile DAC is a little surprise, if you remember the rather conservative appearance of recent years. But such a bit of fresh wind can never hurt.

When unpacking the Aventho Wireless, you will find a USB-C charging cable with A-plug, a 3.5mm jack cable for the optional analog connection, a sturdy fabric bag for storage, in addition to the headphones (which is actually also a headset thanks to the microphone). and a quick start guide. A 6.3 mm adapter, such as also in the DT240, one searches in vain. Since I still wanted to measure the headphones on the A20, I had to have my own adapter.

By the way, I find this with the USB-C extremely helpful, because it primarily offers more security when plugging in, because you practically don't have to consider any side anymore. Verpolen and crumbling are thus excluded. The few cents for the license are already quite generously priced in. And a certain convenience has never been perceived as disturbing. Otherwise, there have been no surprises.

I cleaned the part again in front of the pictures, because such a mobile test of almost 5 months does not pass the object of desire, but mechanically everything was in the balance. Dust and fingerprints can be easily removed with a microfiber cloth. Which also proves that the materials used such as sturdy light metal, neatly processed ABS and the surprisingly pleasant PU leather cannot be so bad.

Visually, they are relatively simple and tend a little towards retro. This, in turn, is quite modern and yet timeless. And you don't have such a deppertes B on the earcup, with which you celebrate an acoustic coming out at every corner, but the company name is only printed in a discreet middle grey. In order to be able to read this, almost body contact has to be made. In terms of colour, everything is perfectly fine, especially since the colorations offered in parallel with e.g. brown ear pads are hardly shriller.

Which would have brought us to the wearing comfort, because somehow you have to be able to arrange yourself with such an ear warmer also for hours carelessly and conflict-free. The fact that this works quite well for an on-ear is also due to the two joints, which operate well both the vertical direction and extend the horizontal axis to 90 degrees up to the fold. Together with the rather tight and easy-to-dose mechanism of the pull-out headband, this results in a very well functioning mechanism.

Here, however, the critical observer finds two things. First, the pull-out and insertion movements on the metal bracket leave unsightly grinding and scratch marks (see picture) and also with the loosely protruding cables you have to be careful. As a wearer of glasses, you put the glasses up and down when you read from a certain age. If you then have this headset on your ears, you have also quickly threaded the glasses hanger cleverly. If you then take off the sound bolid scare, the glasses fly immediately after with a little bad luck.

The headband itself is sufficiently padded, it doesn't have to be any more. With fly weight 238 grams, nothing presses and you get absolutely sweat-free across the Atlantic. And since you don't have the internet over Greenland, it does for hours either the smartphone or the audio player I prefer with a decent dose of sheet music until you get breakfast served. Pressure on the ears is expressly desired, only the skull should remain purely outwardly already healed. That's what he's doing. 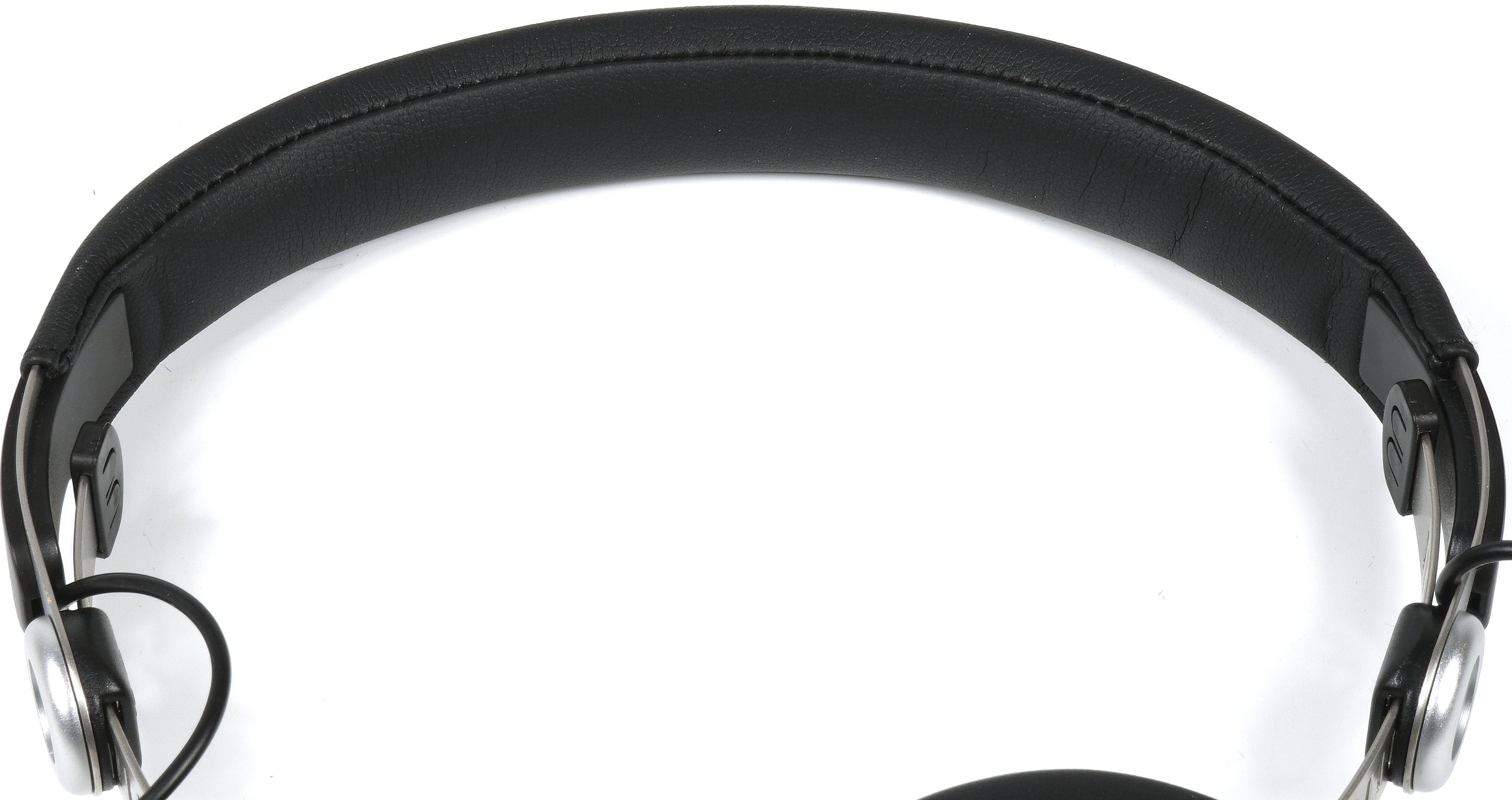 The ear pads are very comfortable and soft, yet very well contoured. Again, nothing presses and you can even buy the parts. Cleaning is also possible, of course, but you could even vary the colors with such a repurchase. Removing the cushions is a breeze, because the simple snapmatism with the clickable ring works almost perfectly. The perpetual fumble of edges or bulges into a groove is thus completely eliminated. Thank you for that!

We can see on the picture below the operating and connection options of the right earcup. From left to right, these are the USB-C jack for charging (and updates), the status LED, the button for switching on and off or change of operating modes as well as the 3.5 mm jack. By the way, the left shell only carries the microphone opening in the same place.

The two Tesla drivers are controlled internally, as long as you don't connect the headphones directly via jack cable, by a very good amp, which easily withstands every transatlantic flight even at a decent volume. If you don't overdo it with regard to your neighbours, there will be a loose return flight. Together with various stops, these are good and like to reach up to 30 hours, which are also easily reached. The loading is done in just under 2 hours, depending on the discharge.

Beyerdynamic relies on Bluetooth 4.2, chips from Qualcomn with the appropriate codecs such as aptX™, aptX™ HD, Advanced Audio Coding (AAC) and Low Complexity Subband Codec (SBC). Together with the Google Pixel 2 XL used by me, this results in a proper transmission chain for preferably mobile use. In addition, there is a very well thought-out touch implementation on the surface of the right earcup, which is extremely extensive, but is nevertheless intuitive to internalize.

Whether you then invite Google's assistant or the annoying Siri to talk, of course, it's up to everyone. But it would be possible if you wanted to and only that counts. Switching off is also possible later in an emergency, thank God.

What suits an old bone like me is the fact that you can even create age-related profiles with the app, which are also accompanied by a small hearing test. This enables the frequency curve to be individualised very quickly and to compensate for biological deficits. However, i reset everything to the factory setting before the measurement in the laboratory and also use the direct, wired connection without DSP games in the subjective assessment later. 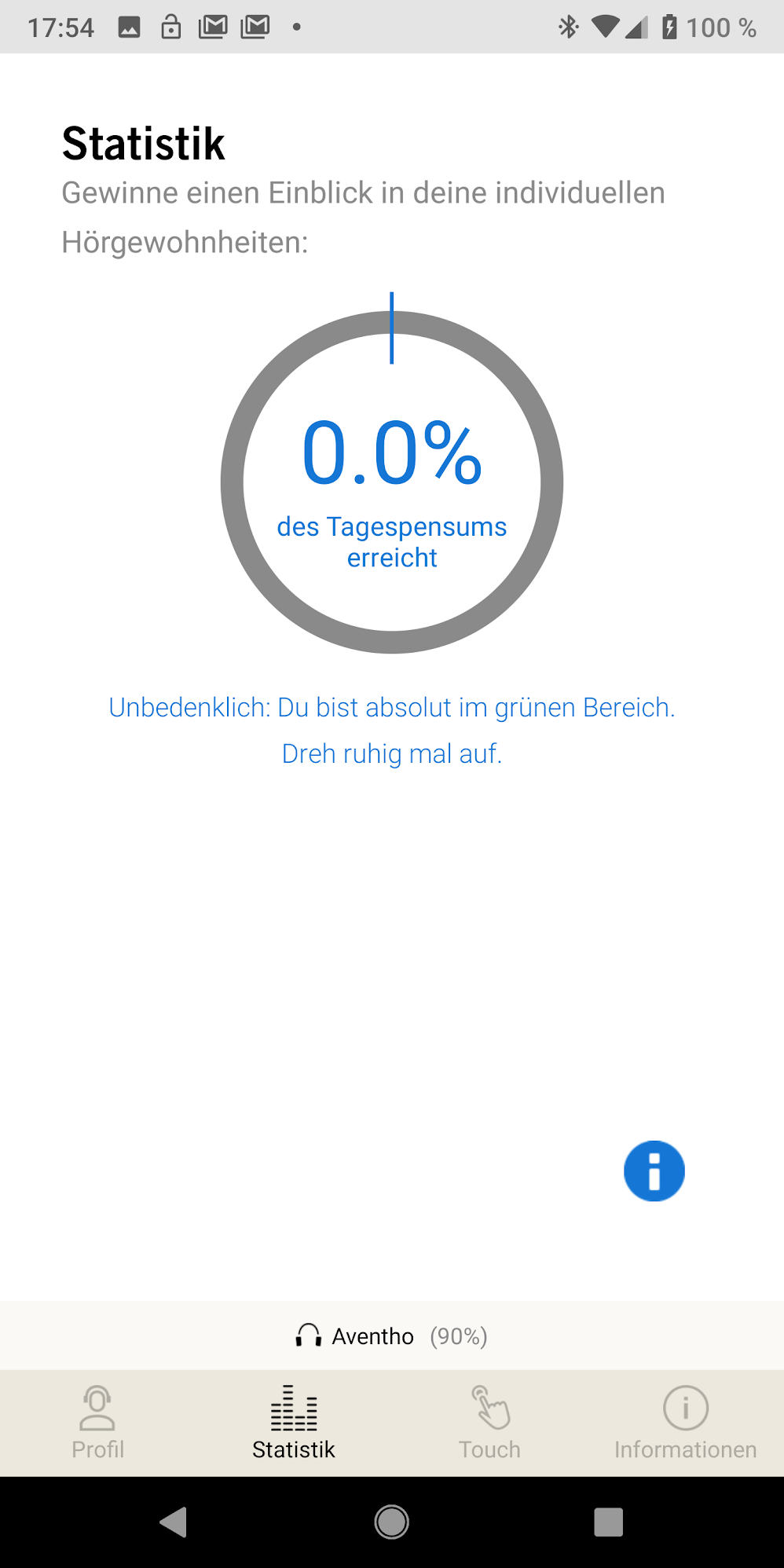 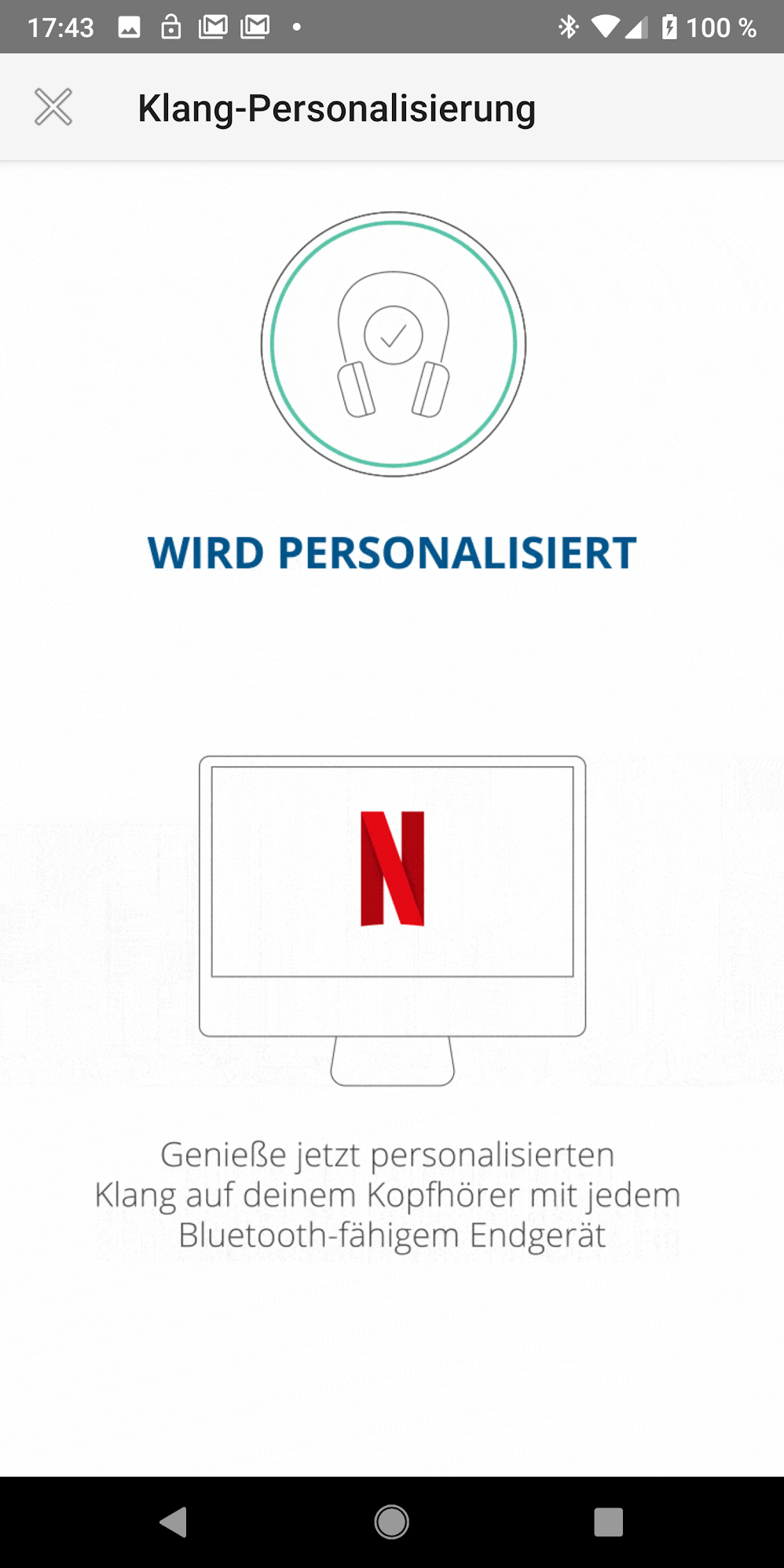 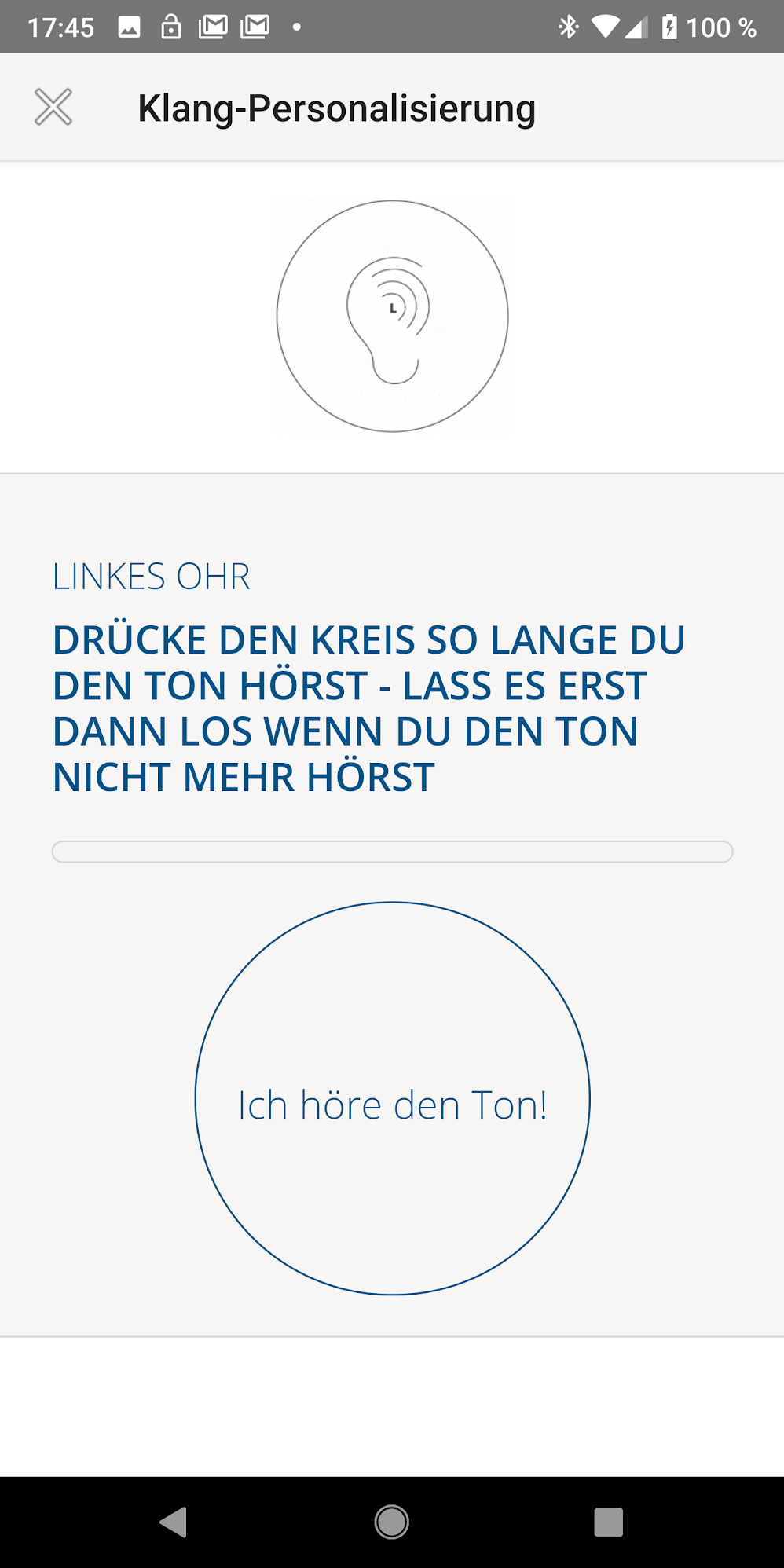 Although I have the right tool to remove the remaining three swords, i do not have enough respect for my property, so i will not do so this time. In the end, you would only find the already known Tesla drivers, who also do a good job in this headphones. Sound experiments such as bass chambers and other acoustic absurdities, on the other hand, do not exist. And that's a good thing. 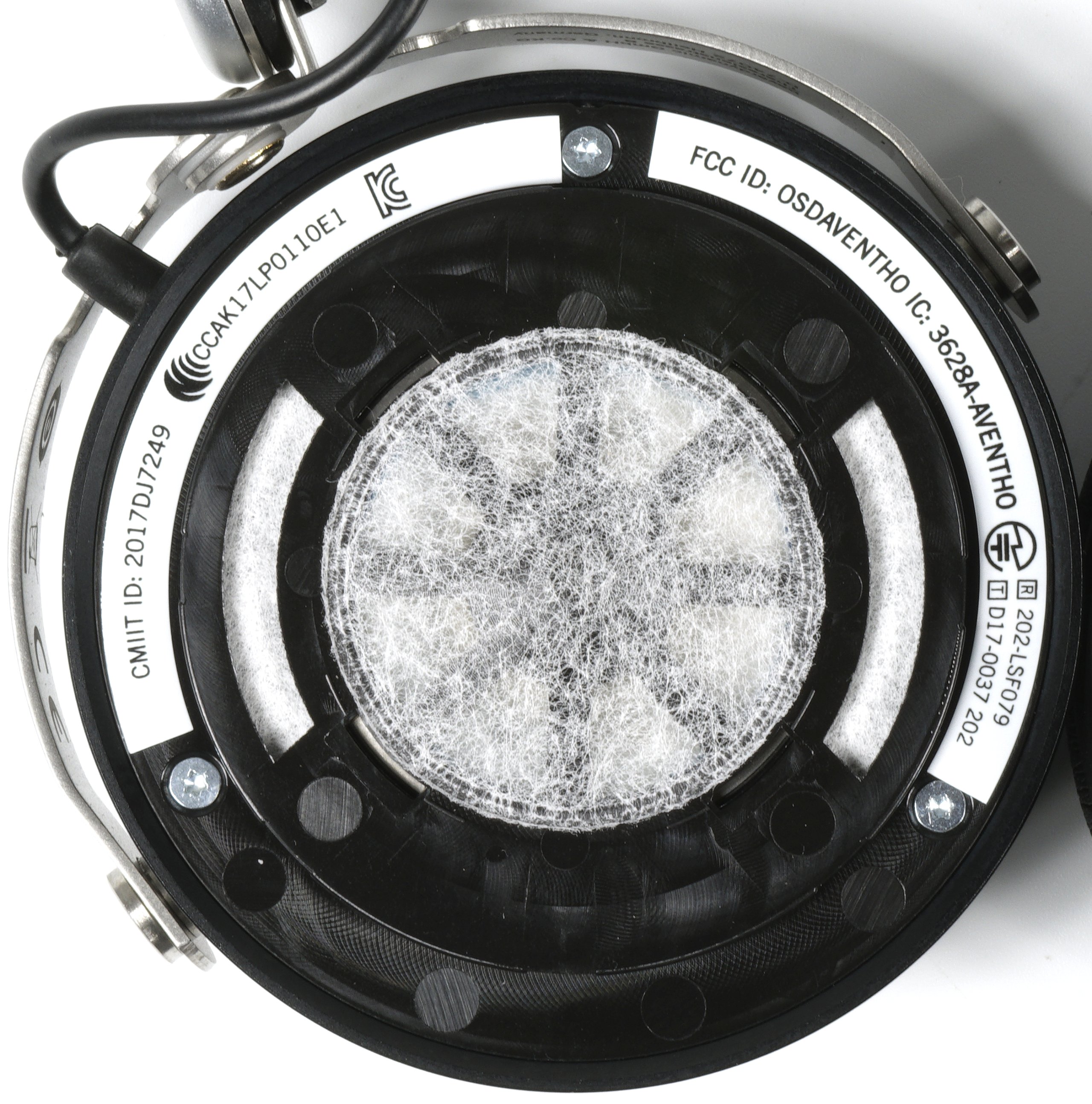 Which brings me through with the external meat inspection. In the next chapter, as usual, there is also something on the ears and the measuring microphones. Because you can tell a lot if you can't prove it.

AMD Next Horizon and a very concrete view of 7nm? We'll be there next week!
Another vulnerability found in Apple's iOS – more than 500million devices affected