The fact that I prefer to play with my good stereo headphones has now certainly been talked about. That I used a good stand microphone for communication so far, perhaps less. Unfortunately, nomen est omen applies, because it stands on the desktop and thus automatically also usually grandiosely in the way. With the Yeticaster, a bundle from the Yeti USB microphone, the Radius III as a vibration protection ("spider") and the Compass as a swivel microphone arm, this could now end. It would be worth a test... 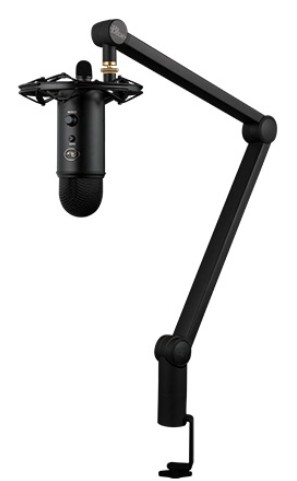 The fact that I prefer to play with my good stereo headphones has now certainly been talked about. That I used a proper stand-up microphone for communication so far, perhaps less. Unfortunately, noun est omen applies, because it stands on the desktop and thus automatically also usually grandiosely in the way. With the Yeticaser, a bundle from the Yeti USB microphone, the Radius III as a vibration protection ("spider") and the Compass as a swivel microphone arm, this could now end.

Because I have not only once in the zeal of the battle with the famous Zewa gesture ("wipe and way") almost taken off the table. Surprisingly, the part has survived this so far (somewhat solid stage technique), but filigree is different and it would be a pity. So what else helps with such quarterly grobmotorsas like me? Right, the gallows!

Don't worry, Hang up (let) I don't get myself, but the microphone. There are actually only three prerequisites for the success of the whole action: it must be stable, sound good and not look too wild. If all this fits together, one would be happier again. And to find out exactly that, I even cleaned up the desktop and then tested it. 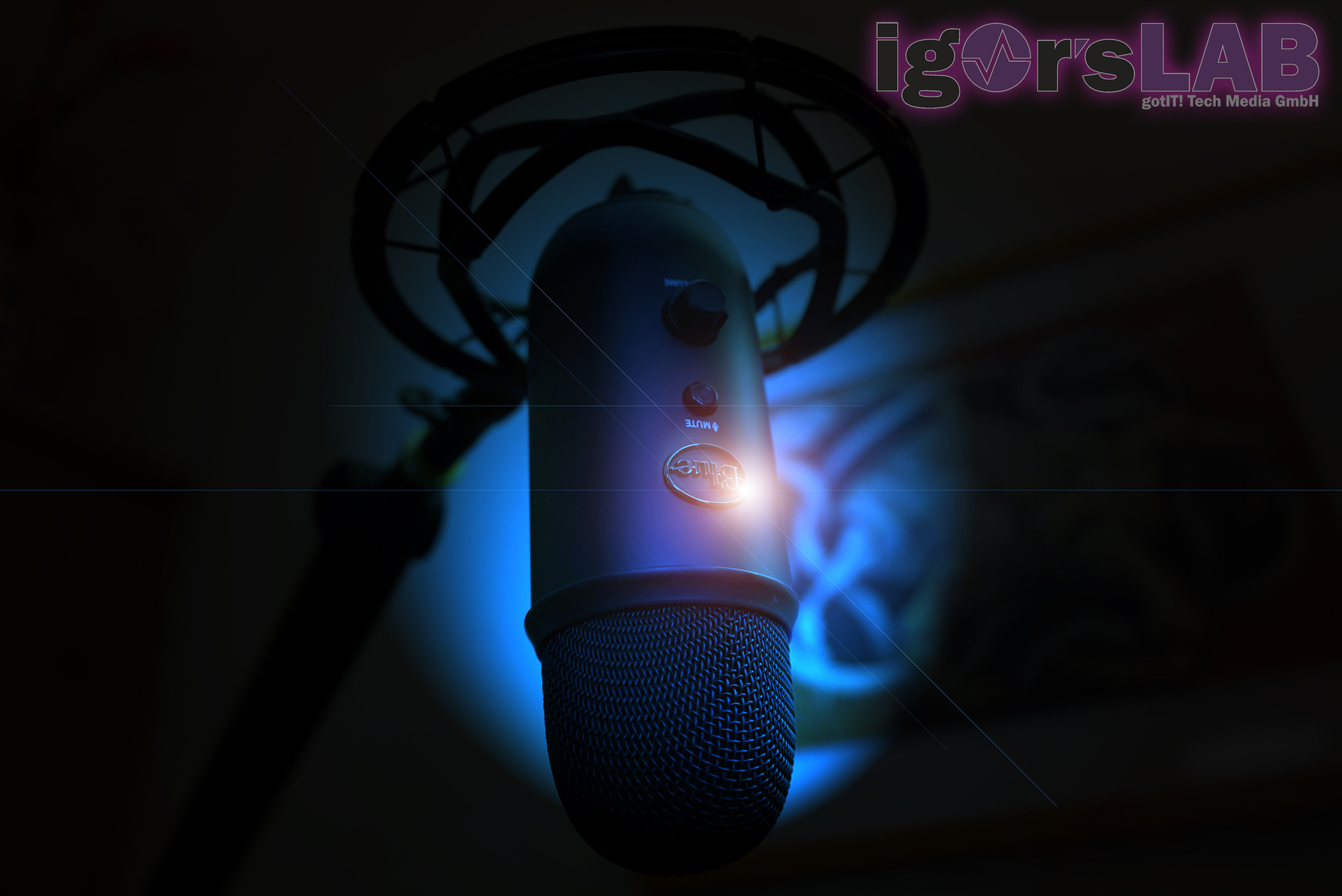 Through the security lock at the airport I don't want to go with such a box, wherethe violin case is probably still the classic under Al Schablone's weapon case and comes along a little more stylish. By the way, the box contains well packed the complete technical bundle as already briefly described above.

In addition to the swivel arm with the three joints and the mounting for the table, you get the microphone with mini USB connection cable (USB A to USB B plug) and the spider, which has also been mentioned. Most of it is made of black coated light metal, solid and at first glance also reasonably trusting. The locking screws are made of plastic, let's see.

The installation on the table top should not be a witch's work, but it would certainly be practical for sensitive surfaces to include a thin and non-slip rubber disc. Otherwise, the hard plastic of the support surface should leave visible traces, at least at the edges, in the long run. I got some rubber from a very thin anti-slip mat on my glass plate, i did.

The Yeti is actually a table microphone, but Blue immediately omitted the table stand in the bundle. However, the original suspension can still be seen on the sides as a slammed openings. At the front, the podcaster of Welt finds the "Mute" button, which in this gallows variant seems rather out of place and also difficult to reach. However, you could probably also help yourself with the help of a self-created macro and a Windows function, if you know how.

With the "Volume" knob you can adjust the output level of the microphone. But beware, there is also an interesting "gain" knob on the back! Whoever plays electric guitar will surely know this controller and above all appreciate it, because it regulates the input sensitivity. It is best to start with the middle position and touch yourself cleverly.

If the level is too high and it distorts, you simply turn "Gain" back until it fits, but is still crispy. Too little "gain" is not fun, because the sound can become dull and musty. In addition, you would then have to turn "Volume" on and, if necessary, also increase the input sensitivity on the PC. But this brings noise and other noise. So only patient testing helps, but the finished result is worth it! There's no webcam.

With "Pattern" you can change the microphone characteristic. As a speaker, I generally need a good kidney shape, so that lateral side noises remain in the background as much as possible. The Blue Yeti can do anything from stereo, ball and kidney, even to eight ("double kidney"). The following overview shows us once again the most important areas of application for each variant: 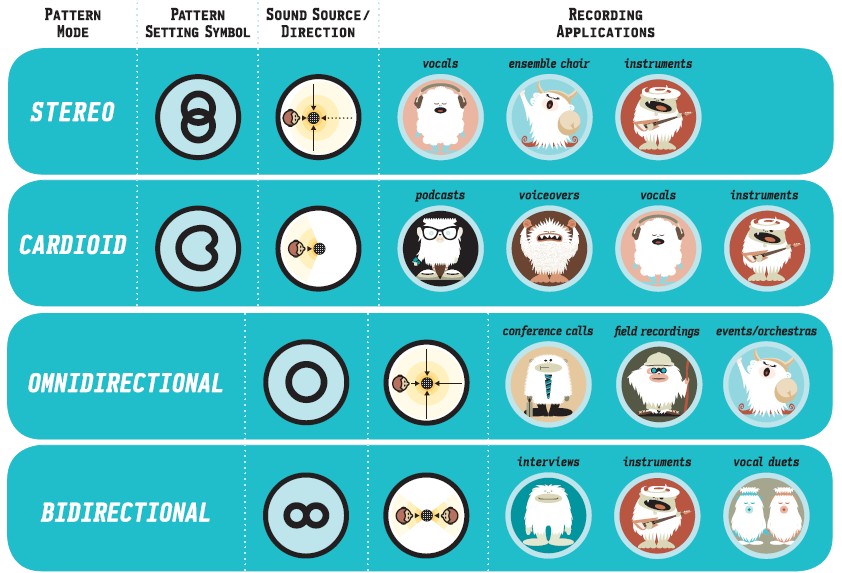 The connection is via USB 2.0 and the appropriate mini USB cable. Once connected, the microphone can be found under "Recording Devices" in the sound settings of Windows ("Device Manager"). The additional headphone jack is nice in itself for control operations, but completely superfluous with the gallows option. 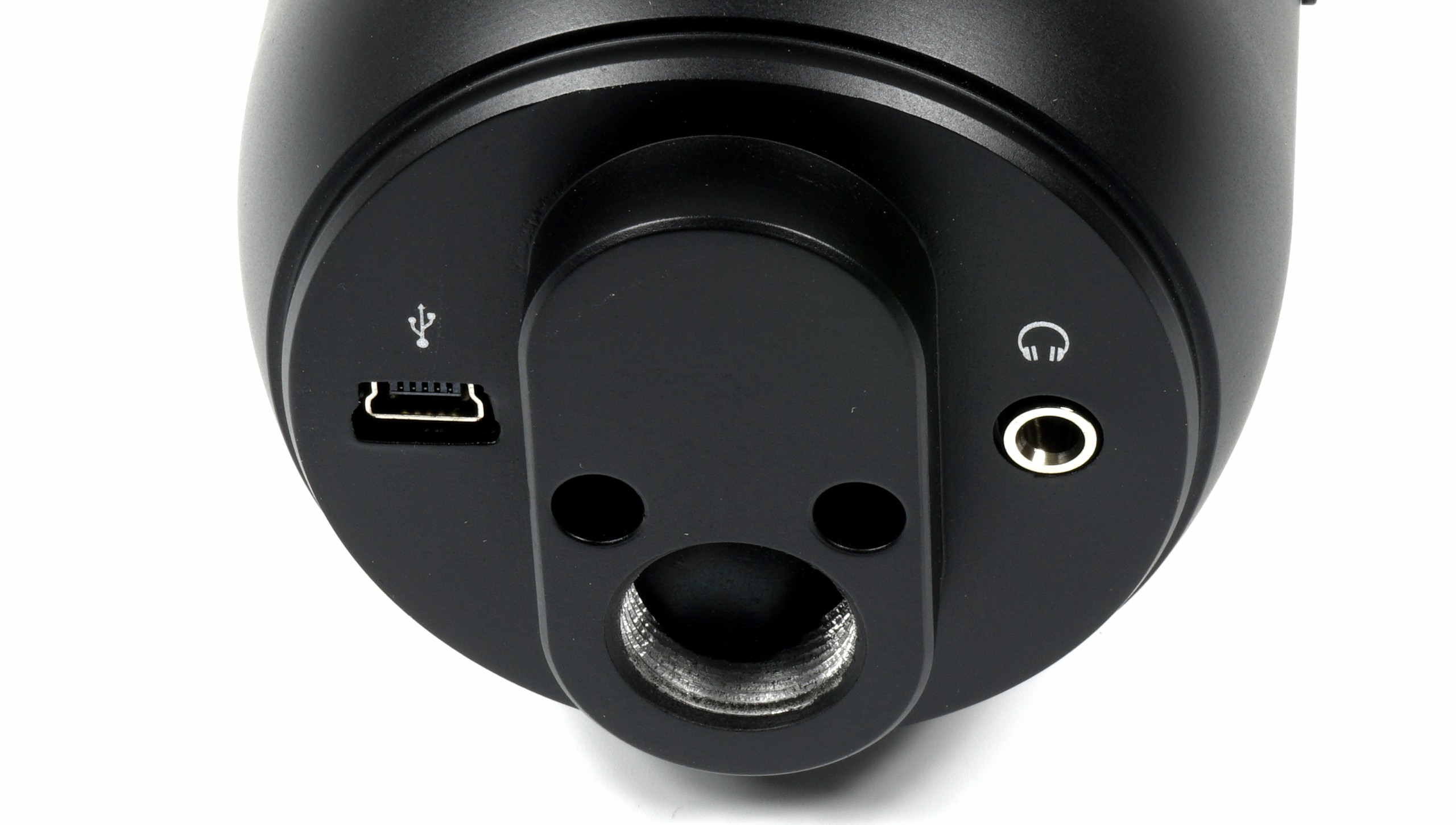 Mounting the Radius III vibration protection is easy and can be done by screw. Then the microphone hangs largely decoupled in the spider. A knock ingess on the gallows provided exactly the result you want: decoupling works to some extent. There are certainly better spiders, but since the Yeti is quite massive and therefore difficult, the compromise is actually a success. More elastic spiders from my camp were already hanging through. 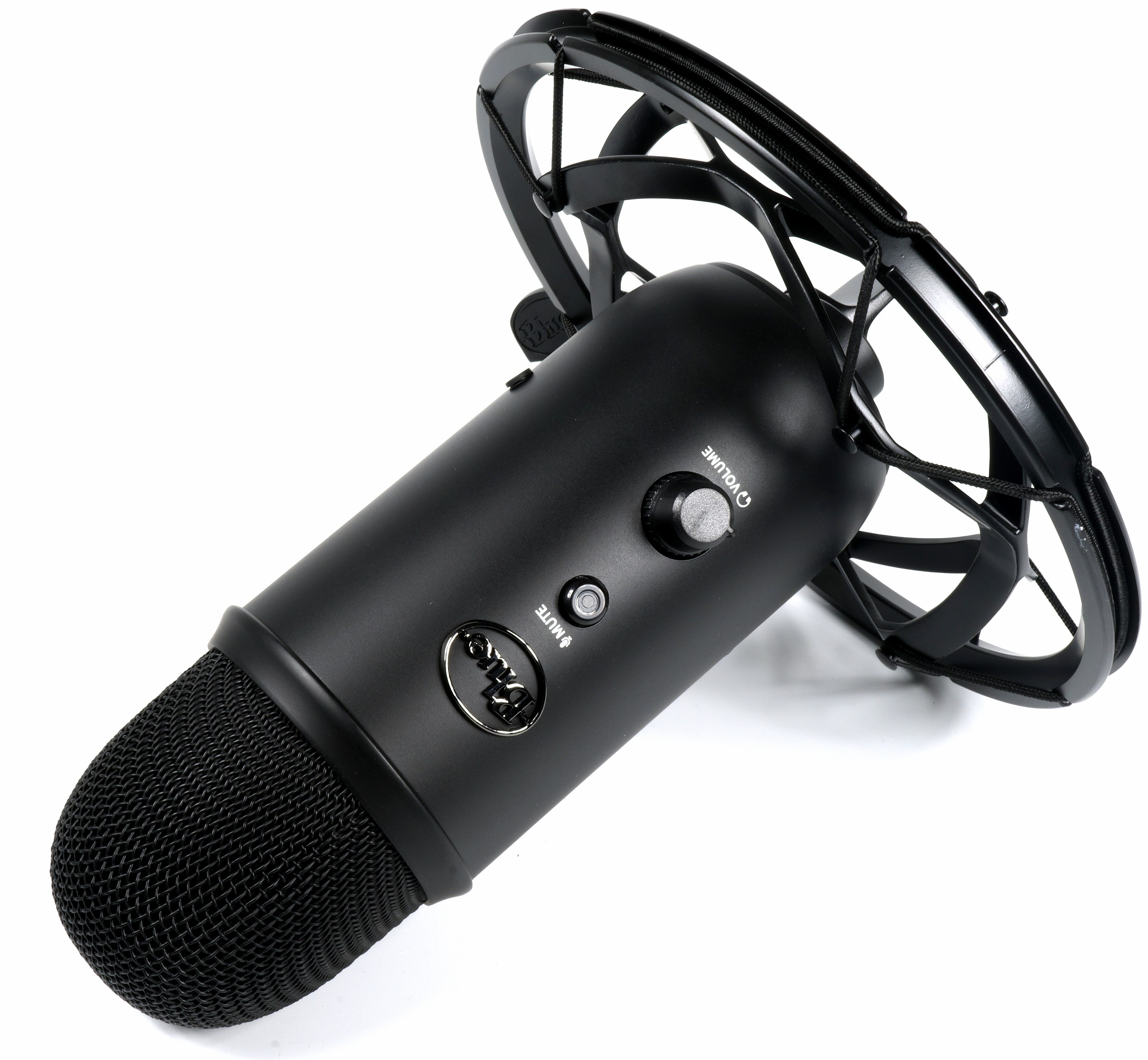 The cable duct with the small clips is practical and not only makes a cable disappear perfectly. So you could also attach a clipable lamp, free according to the motto "All good comes from above, light too". The small clips are also bomb-proof, so you should have firm and stable fingernails or, if necessary, ask Chantal-Cindy if she can help out with her plastic claws.

The gallows (with the small rubber disc mod) even held bombproof on the glass plate of my gaming table. But this could be criticised. that the wing nut is simply a little too big in the outer diameter for tightening, you have to trick something badly and push back and forth. But no matter, I also got it at the DK-04X by Lian Li in the end, without cracking the glass plate. 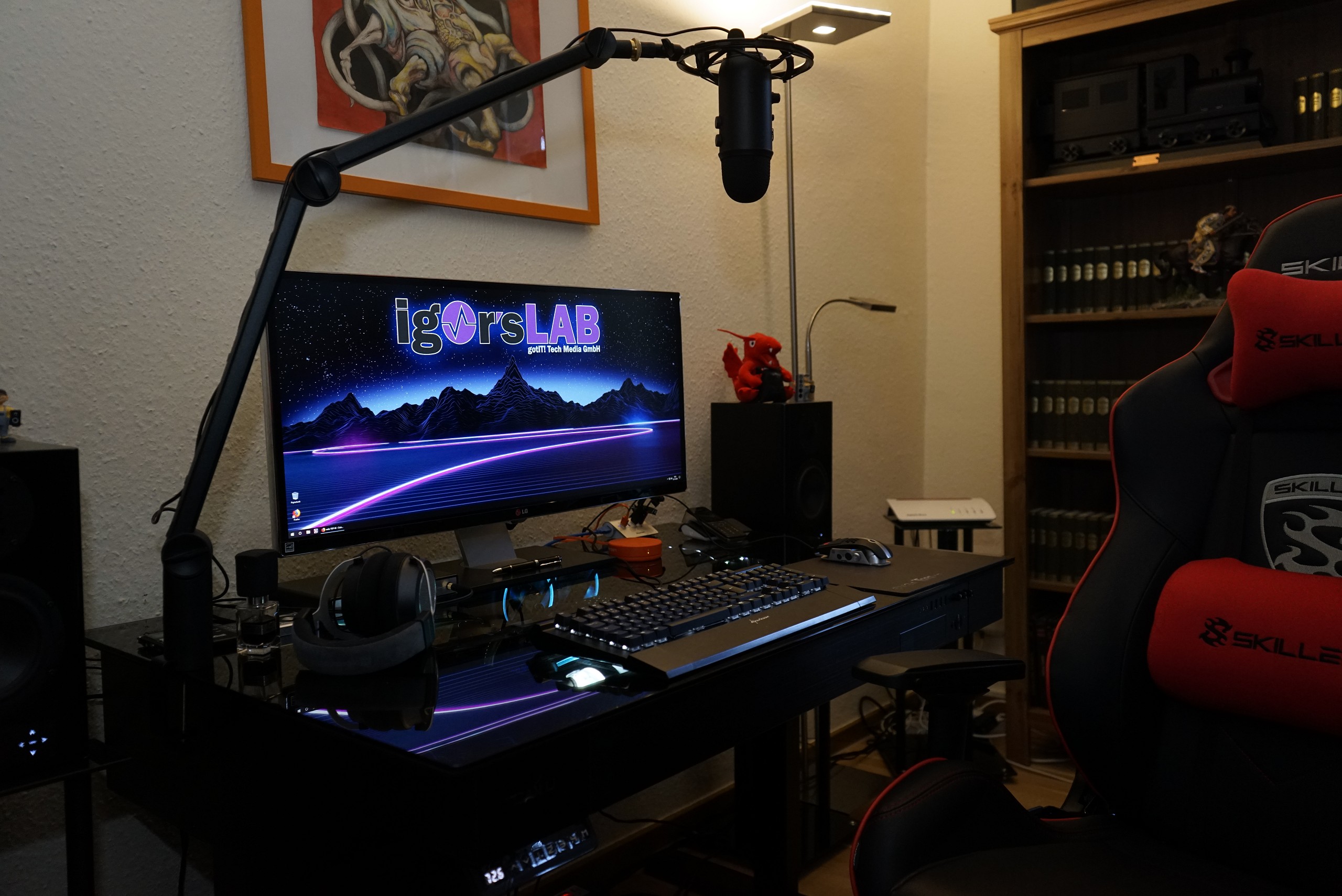 The workplace is now converted and ready for use. But how useful is the whole thing and is the effort worth it at all?

As always, I have reattached the user manual and the gallows manual for the detail-obsessed and curious in PDF form. 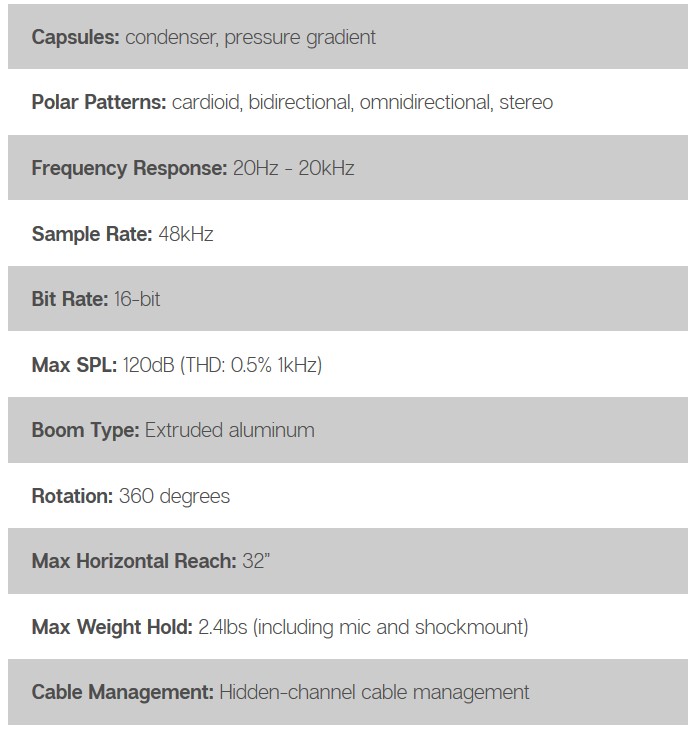