I had already teased this follow-up in the launch article for the Radeon RX 590 and thus also promised the readers, only such a cluster of never-ending measuring series then takes a little longer than expected. After a few hours, I stopped counting how many times I was subvolting towards the desktop or the Back/Greyscreen i crashed. But in the end the result counts and that is quite impressive...

I had already teased this follow-up in the launch article for the Radeon RX 590 and thus also promised the readers, only such a cluster of never-ending measuring series then takes a little longer than expected. After a few hours, I stopped counting how many times I was subvolting towards the desktop or the Back/Greyscreen i crashed. But in the end, the result counts and that is quite impressive.

What I was able to take with me as a summary of the forum posts, emails received and the contacts on social media after the launch article was the question of the exact differences between Polaris 20 and Polaris 30. Sure, I also measured and benchmarked for the launch, but what is always missing in such situations before a launch is the time unfortunately needed for further experiments.

In today's comparison, I picked out two cards with which I can easily reach the "cotz limit" of the respective chip, which I like to reach and which are nevertheless also suitable for the sub-volt. And so I put the up to 1600 MHz fast XFX RX 590 FatBoy against the Aorus RX 580 OC. While the RX 590 is still stable at 1600 MHz, but then for every MHz the socket is ruthlessly choked, the RX 580 only works up to 1450 MHz.

I have therefore set these values for both cards as the upper limit of this, since even then an undervoltage could lead to good and, above all, stable results. Conversely, it makes no sense to continue these measurements below 1200 MHz, since the minimum possible voltage of both cards also ran exactly there with the sub-voltage. Less was then no longer without loss of stability and performance.

Of course, the leakage currents and the remaining components of the graphics card up to their fans also play a role in the power consumption values, but I have tried to adjust the temperatures of both cards to each other via the fan speeds so that the temperatures at each of the individual 50 MHz clock steps remained approximately the same for both cards. I measured all the steps of the clock rates for both cards with manual subvolt and the normal Wattman setting (auto function).

Each of the partial measurements was made after the map was warmed up, but for cooling reasons I tested in the open structure. The performance scores are based on a standardized average of three games (Witcher 3, Wolfenstein 2, Assassins Creed Odyssey) and a Pro app (Autodesk Maya 2017). In doing so, I also set the 1200 MHz lower limit of my measurements as a 100% mark in order to be able to assess the clock increases more clearly. 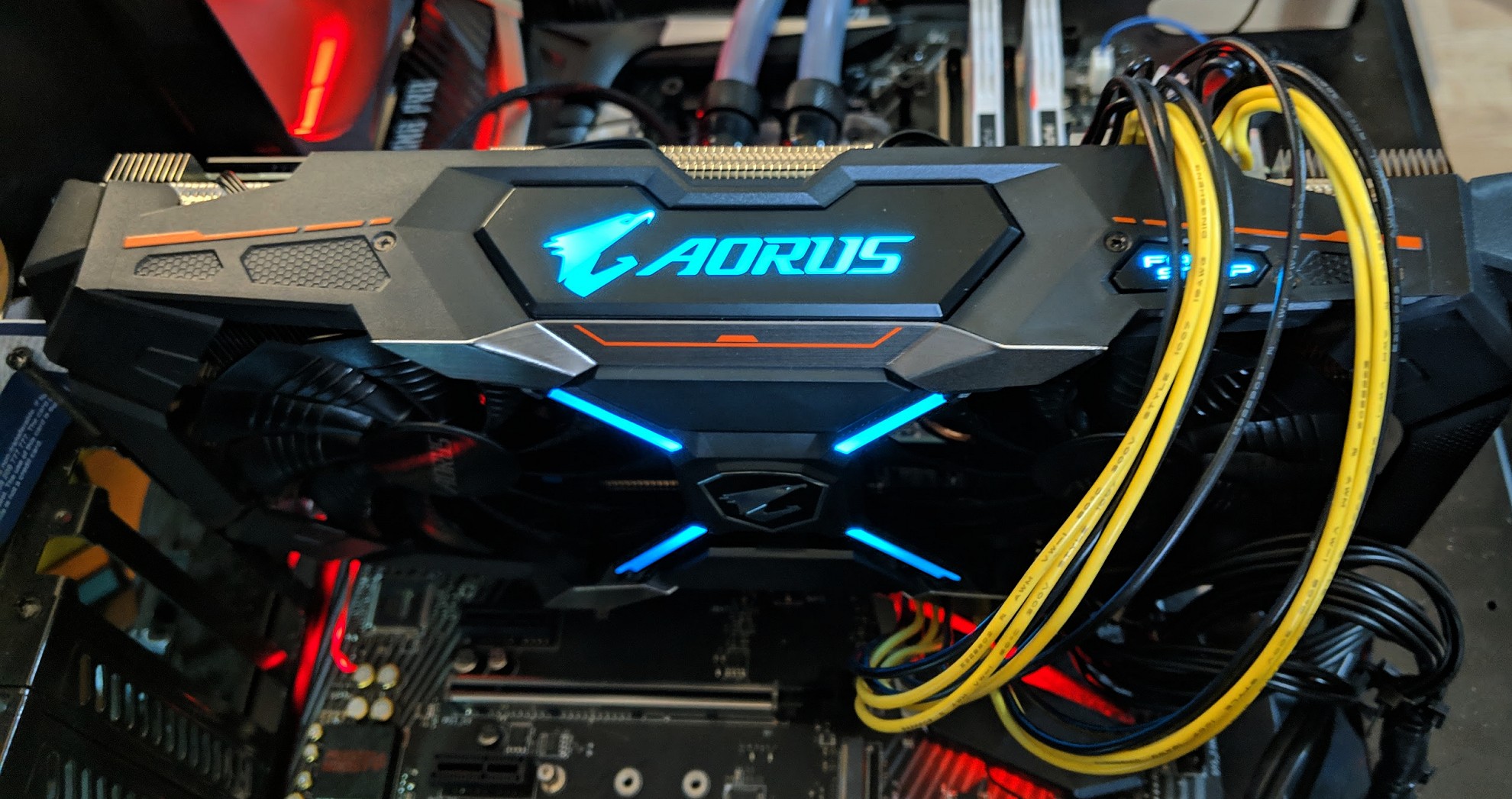 This time, the power consumption measurements were made via a special riser card with USB interface, so that I could log everything on a second PC in parallel with the performance. The intervals of 100 ms chosen for transmission (internally significantly higher resolution and then averaged) are still accurate enough for these long-term measurements, because in the end this results in a very practical and thus also representative average, which is also slightly below what Witcher 3 produces as a single application at maximum load. 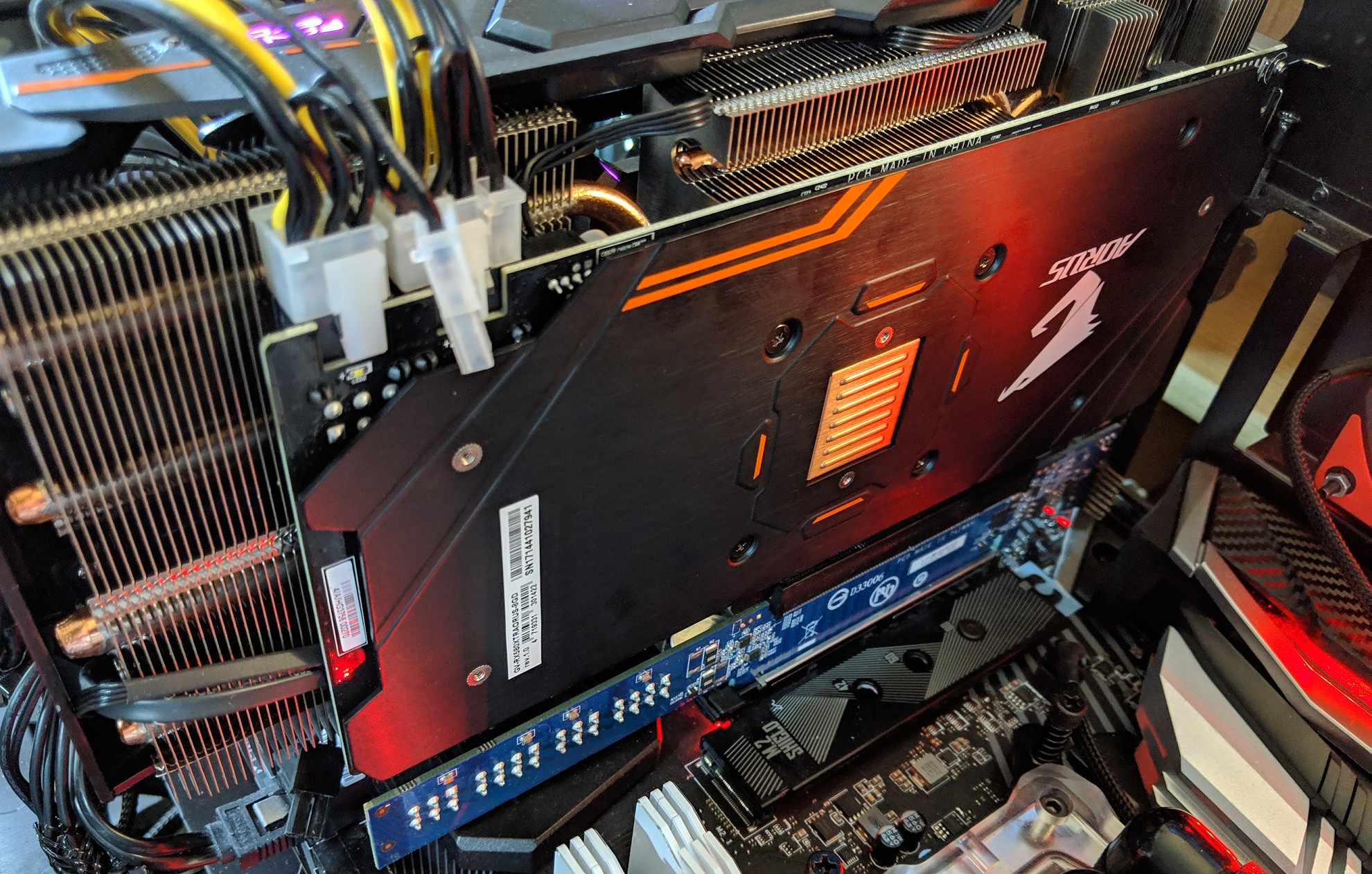 So nothing stands in the way of the clock aria. After all, I had to make more than 50 measurements, many of which had to be repeated several times because of the undervoltage and the usually not the same crashes. By the way, Wattman has become much more stable, you can't praise that enough, but this software is still not perfect. But it's getting slow, at least for Polaris & Co.

Let's quickly compare the initial data of the two maps and those of the possible comparison models in tabular form and then plunge into the curve and bar pleasure on the next page:

We have already described the new test system and the methodology in detail in the basic article "How We Test Graphics Cards, as of February 2017" and therefore refer to this detailed basis for simplicity. Description. So if you want to read everything again, you are welcome to do so. However, we have now greatly improved the CPU and memory in order to be able to exclude possible CPU bottle necks for fast cards.

Post from Nvidia – Why an RMA customer didn't know if to laugh or howl
PC Builder: Snow-White PC with Mid-Range Components and LED Matrix Front | Teaser