You have all noticed that my 360 AiO of a well-known manufacturer has recently passed away (here is the link), so my Benchtable was out of action. If you don’t have CPU cooling, you’re just looking! So I had to get a replacement, because there are still several tests and articles on the program. Removing my 240 AiO from the gaming system would have been possible, but not really an option. So a rescue mission was started and thanks to the support of Igor, this is where Alphacool came in. So the rescue mission for the CPU turned into a full water cooling update for the whole testbench. What exactly is built here everything from Alphacool, we look at that today in a nutshell and let some benchmarks fall over the system. 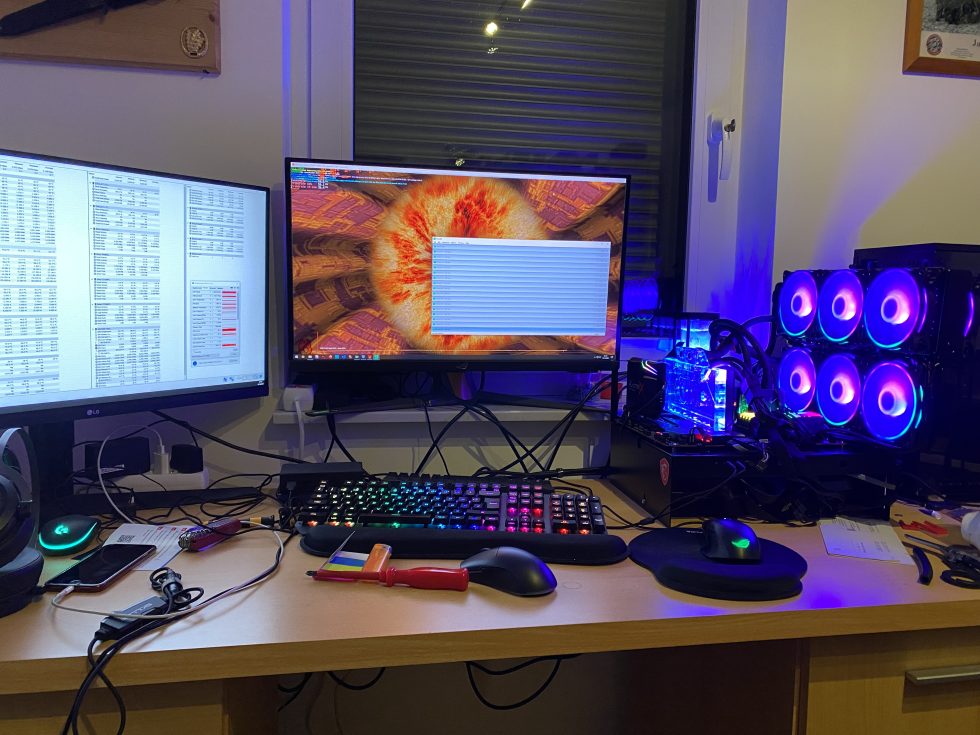 I immediately took the opportunity here and swapped my Crucial Ballistix Ram from the gaming PC to the testbench. The 2×8 GB G.Skill RipJaws V are now sitting in the gaming PC and 4×8 GB from Crucial have now found their new place. The big advantage, I can now – thanks to the memory controller – which uses 4x single rank as dual rank, also gain some more performance in the CPU limit. Even if only a few percent, but still! Currently I’m testing a mouse and keyboard from ASUS, the ASUS ROG PUGIO II and the ASUS ROG Strix Scope RX. You can already see it here in the picture, dedicated reviews coming soon!

I’m not going to go into every detail on the topic of how to install an AiO, or how to install the Alphacool ice block on the NVIDIA GeForce RTX 3080 FE. One or the other I link you in the course of the text, so that you can build it in doubt. In the following, I’ll briefly introduce you to Alphacool’s components, we’ll take a look at the temperatures, and finish it all off with a conclusion. Let’s do it!