Driven by your own beta driver?  NVIDIA had, after all, started adding ETH mining constraints to its Ampere ecosystem of hardware, firmware, and drivers with the GeForce RTX 3060. It should be insurmountable like the Berlin Wall. Well, yes, but their end is also well known. NVIDIA had torn down their own wall right away, because they accidentally published the appropriate CUDA driver in the beta driver of SWL version 470.05. There are no restrictions for ETH mining there. But the joy might not last forever, because NVIDIA wouldn’t be NVIDIA if they didn’t fight back! 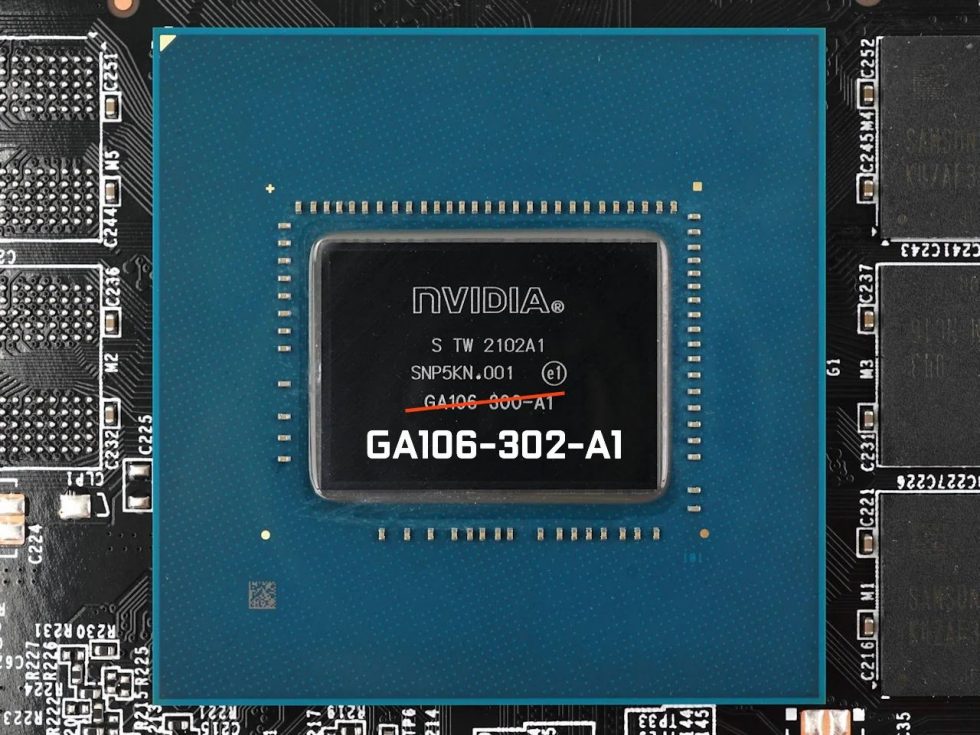 NVIDIA will be releasing a new version of the GeForce RTX 3060 to suppress ETH mining behavior once again for this very reason, as there is a new hardware ID and they will probably be paying closer attention to the drivers in the wild this time around. Namely, according to a Taiwanese graphics card manufacturer, NVIDIA has discontinued the old version of the GeForce RTX 3060 with the GA106-300 GPU chip and replaced it with the new GA106-302 GPU chip.
Since the NVIDIA driver for CUDA in the beta driver version 470.05 does not know GA106-302 yet, the old driver is completely useless with it. At the same time, NVIDIA is said to have added more mechanisms to the GA106-302 GPU to continue to ensure that the new edition of the GeForce RTX 3060 can then stop ETH mining with this card. NVIDIA again pointed out that limiting (or enabling) the GeForce RTX 3060’s processing power is based on the handshake between the GPU, driver, and VBIOS.
When it detects that the user is performing the hash calculations so disliked by gamers, the GPU is slowed down by 50%. According to various sources, the GA106-302 is not expected to start shipping until May, and customers will not be able to easily tell if they are buying a card with the old or new chip until they have put the card into service in the system.