Let’s get to the big sister, the AMD Radeon RX 6800 XT. Here I used a board partner BIOS from XFX to push the TGP and a few other settings a bit by simply copying the PowerPlayTables with the MPT into the system in a short way. The following result shows the RX 6800 XT first of all out of the box:

Without an overclocked CPU, the card still makes it to fourth place on the Time Spy’s best list with the RX 6800 XT and the Ryzen 9 5950X. 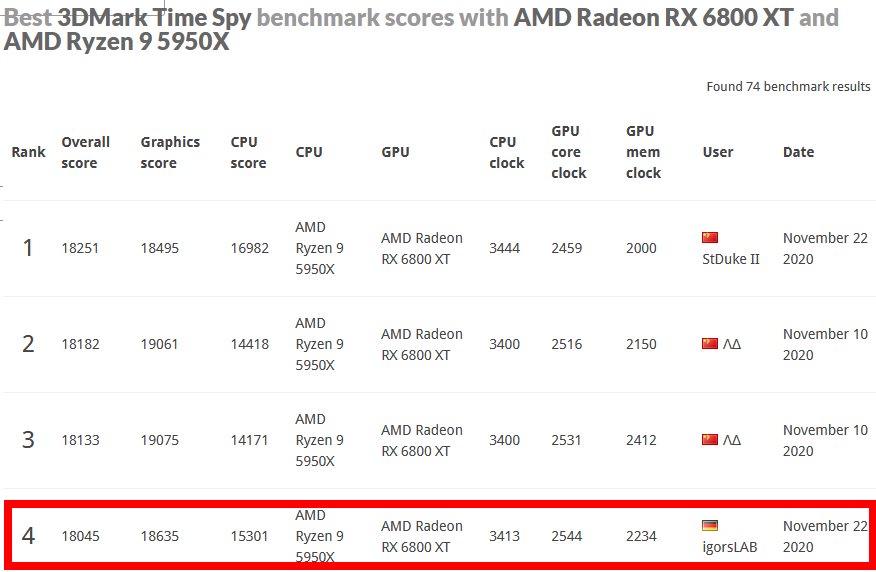 To achieve all this, I changed something in the wattage as well with the MPT and the XFX BIOS. The memory clock was increased and also the power limit in Wattman. The GPU clock was even stable up to 2580 MHz according to the slider, but in reality I’m got still 2355 to 2480 MHz, depending on load and applications. But also here the will counts and you make a (more or less big) leap forward. It is at least just under 7 percent more, which is about half of what you get with an RX 6800. That will be a bit of a crowbar, because I was pretty much exactly on the 350 watts I predicted as the upper limit. Well, with 352.1 watts it was two watts more, but that’s drowned out in the basic noise of the fans anyway.

The only way is via the TGP (and TDC)

Because AMD has closed the door for increasing the power limit and voltage specifications in Wattman, you have to ultimately set the TGP and the TDC in MPT, i.e. the maximum power for the GPU and memory along with the maximum upper limit for the flowing currents. Here you should act very carefully, as long as you can’t estimate in detail yourself and know how the board really reacts. For the RX 6800 the normal XT-BIOS is completely sufficient, because the preset 255 Watt or 300 A for the TDC are easily enough for a complete power consumption of 300 Watt (and a little more). 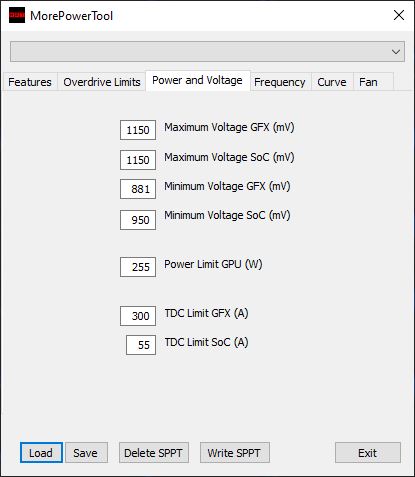 With the RX 6800XT it may be a few watts more and the crowbar turns dark red. With up to 350 watts, i.e. over 17 percent more electrical power consumption, you can achieve up to 7 percent more performance. Whether that will let you sleep peacefully with a green conscience, that remains to be seen. But at least it works. Also a realization that one can live with. 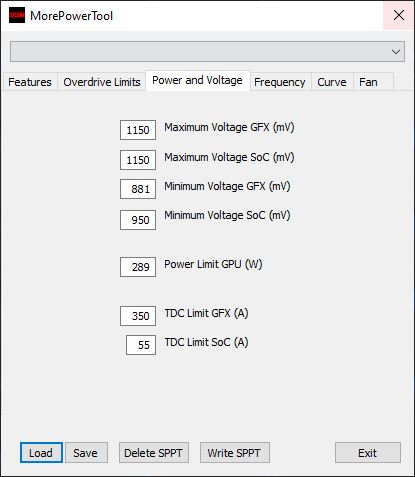 By the way, the 15% extra power set in the Wattman refers to this default value and not to the original TGP! So I managed to get my RX 6800 to switch off at about 330 watts, but it was a bit too much of a good thing for the smaller card of the two.

Yeah, there’s a lot of fun, with both cards and especially with the smaller Radeon RX 6800! The MPT only works in a roundabout way, but even so, the cards can be brought to their physically acceptable maximum under normal conditions with air cooling. But that’s enough, because you don’t get the next fastest card in the overtaking process. However, the RX 6800 XT then wins against the GeForce RTX 3080 FE in almost all gaming benchmarks. If anyone needs it…

The hotspot of the Radeon RX 6800 (XT), hurdles in the thermal grease replacement and the correct assembly sequence
AMD RX 6800 Overclocking and Undervolting – from over 240 watts to under 180 watts, it’s all there