Would you like a little more or a little less?

The overclocking limit of the Radeon RX 6800 XT isn’t particularly large, so the cheaper RX 6800 already looks much more interesting. But you won’t be able to pull out any trees here either, because AMD is now following the example of NVIDIA and is completely sealed off with the specifications for power (Power Limit) and voltages. These registers cannot be overwritten with AMD’s own engineering software and even the MorePowerTool doesn’t stand a chance (at the moment). With one exception, but I’ll get to that in a minute.

What we want to do today is the direct comparison of the board in factory state against SAM, undervolting together with clock increase and undervolting pure with factory clock. Four different approaches and in addition once again the comparison of the maximum OC against SAM over all 10 tested games in WQHD. That’s all the time there is for it, but that should be enough for a complete picture. I picked out one game as an example for which I also did all single graphics and complete evaluations up to variances and efficiency. 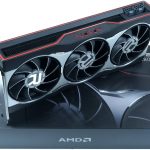 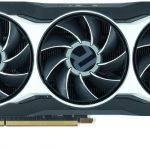 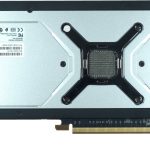 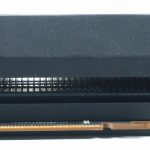 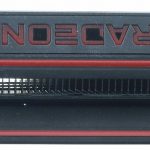 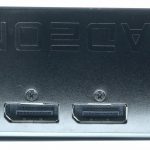 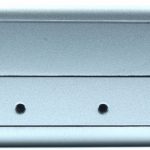 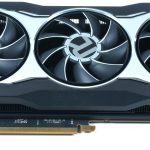 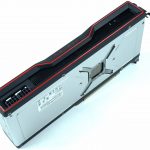 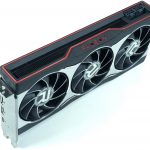 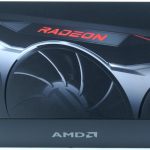 As a reminder: The small RX 6800 weighs 1386 grams, is 26.7 cm long, 12 cm high (11.5 cm installation height from PEG), 3.8 cm thick (2.5-slot design), whereby a backplate and the PCB with a total of four additional millimetres are added. The slot bracket is also closed and carries 1x HDMI 2.1 and two DP connectors. In addition there is a USB Type C socket. The body is also made of light metal, the Radeon lettering is illuminated in red and the whole thing is powered by two 8-pin sockets. Memory mode off. 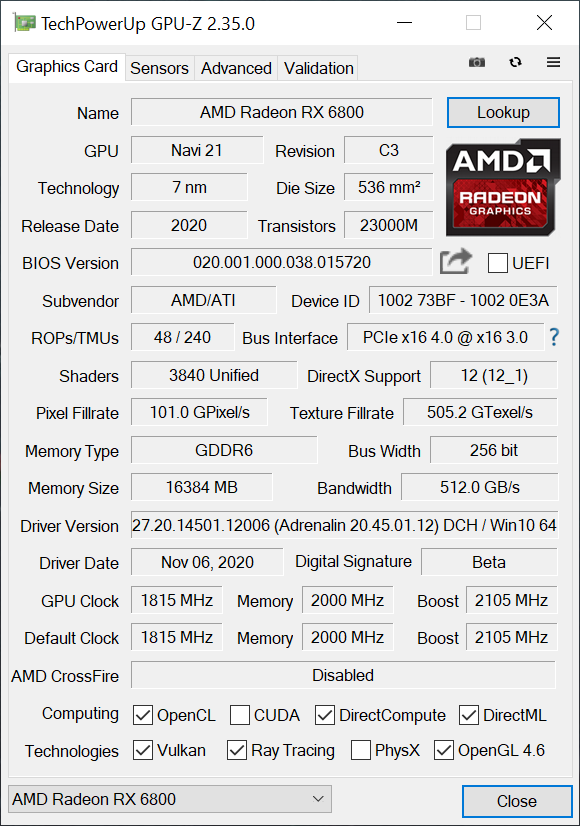 AMD forgot to block the RAM, here only the slider is limited to 2150 MHz. But this can still be done quite easily with the MorePowerTool (MPT). Simply export the BIOS of the current card with a suitable tool, select the right graphics card in the MPT, then load the BIOS and off you go.  The default value for the maximum frequency can be set easily, in the Wattman this default value is then multiplied by 2. 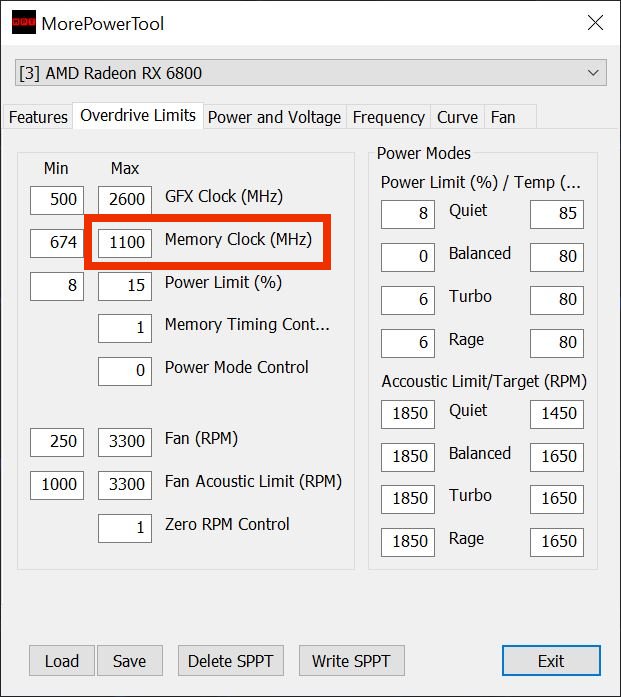 Then simply save with “Write SPPT” and restart. Afterwards, new maximum frequencies are available in the Wattman. A little lifting always works and in the end you can also ease the bottleneck of the narrow memory interface, especially on Ultra-HD. 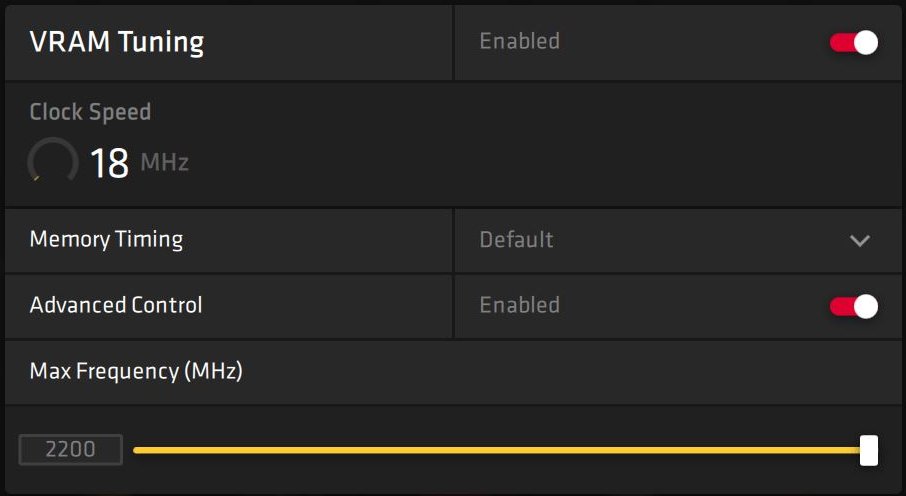 Overclocking as far as it will go

In addition to the work cycle with and without SAM and the undervolting experiments, I naturally tried the maximum OC first. Here you first have to raise the power limit to the maximum possible 15 percent. More is not possible from the outside. Overwriting the registers with higher values causes the card to clock down to 568 MHz. Thanks for that.

The maximum frequency depends on the chip, unfortunately this is different with every card. My stable default setting was a maximum of 2480 MHz, which was then sufficient for clock rates between about 2420 and 2440. More is only possible with partial loads and lower resolutions.  I do not count individual short-term outliers to the 2.5 GHz limit here because it was the exception, but not the rule. You can trick it, but it’s eyewash. Only a tedious approach will help: 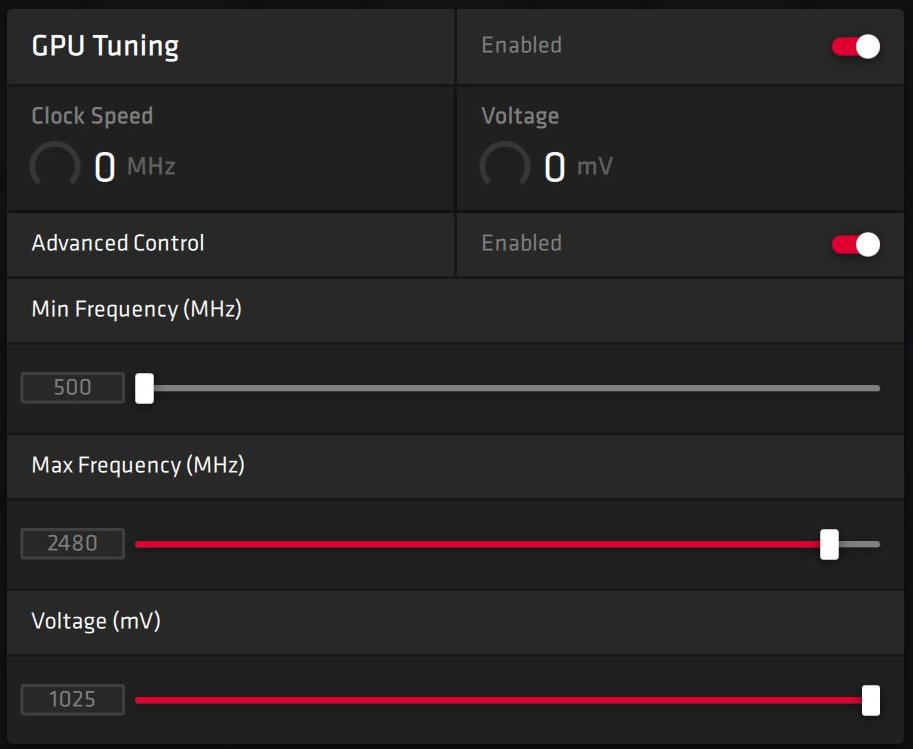 Undervolting with and without overclocking

You may now play here. I would first try to find the stable lower limit for the voltage. My card ran stable even at 890 mV, but the variances were quite borderline, 895 mV looked a bit better and the 900 mV should be reached with any card:

If that’s too wobbly for you, you can switch to 930 mV and then raise the beat slightly. The setting with 930 mV and 2370 MHz was there at the end a good and above all really stable compromise. On the next page we will see where all this fits in with performance and efficiency.

The benchmark system is new and is now completely based on AMD. PCIe 4.0 is of course mandatory. These include the matching X570 motherboard in the form of an MSI MEG X570 Godlike and the Ryzen 9 5950X, which is water-cooled and slightly overclocked. In addition, the matching DDR4 4000 RAM from Corsair in the form of the Vengeance RGB, as well as several fast NVMe SSDs. For direct logging during all games and applications, I use both NVIDIA’s PCAT and my own shunt measurement system, which makes it much more comfortable. The measurement of the detailed power consumption and other somewhat more complicated things is done in a special laboratory on two tracks using high-resolution oscillograph technology…

…and the self-created, MCU-based measurement setup for motherboards graphics cards (pictures below), where in the end the thermographic infrared images are also taken with a high-resolution industrial camera in an air-conditioned room. The audio measurements are then taken outside in my chamber (room-in-room).

The used software relies on my own interpreter including evaluation software as well as a very extensive and flexible Excel sheet for the graphical conversion. I have also summarized the individual components of the test system in tabular form: