I deliberately chose Borderlands 3 because it is quite bitchy and sensitive for overclocking and undervolting attempts and therefore a pretty good indicator for possible stability. Everything that ran here was then also executable in practice over longer periods of time. In addition, the differences between the individual settings are also very high, because the game not only reacts well to Smart Access Memory (SAM), but also to clock changes. Except for the one measurement with SAM OFF, all other benchmarks were made with SAM activated.

I have taken the trouble to re-test everything again. We can see that the Radeon RX can achieve a respectable performance increase with the specification of 2480 MHz and an average, actually achieved gaming clock rate of just over 2430 MHz. After all 14 FPS more compared to the run with the card without SAM and OC are not bad at first and correspond to about 15% more performance. Also the one with the 1% low still looks really good. 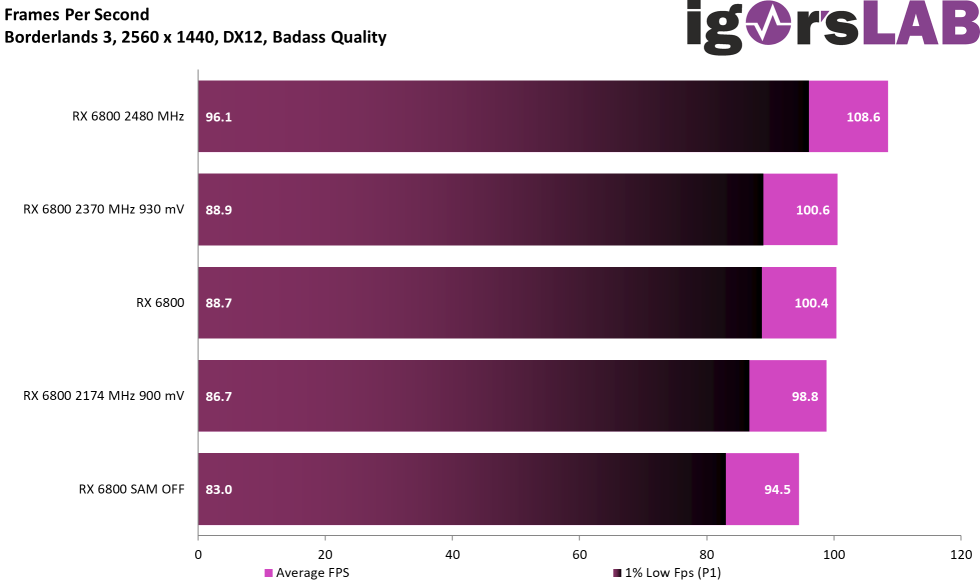 Here once again the benchmark performance as a curve: 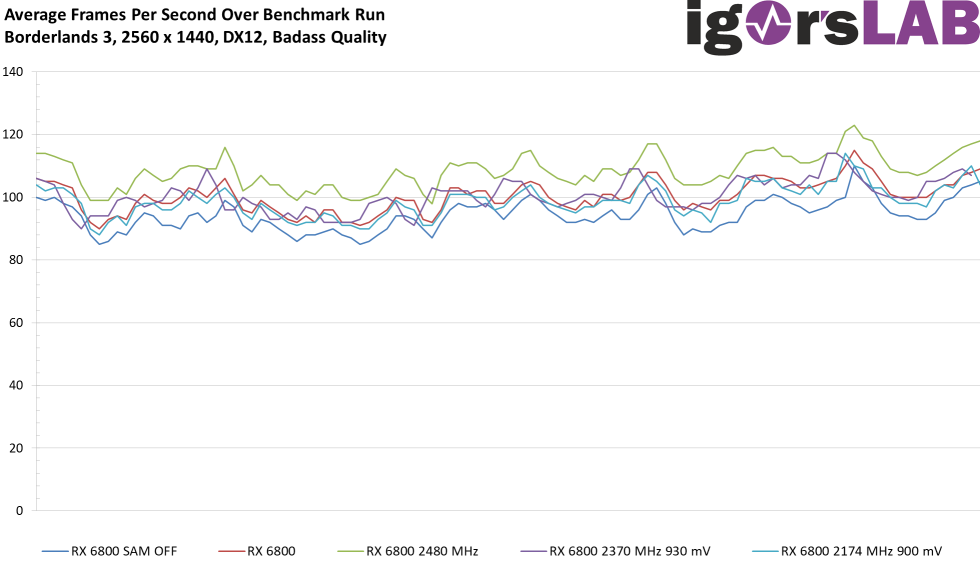 The percentile proportions are also interesting: 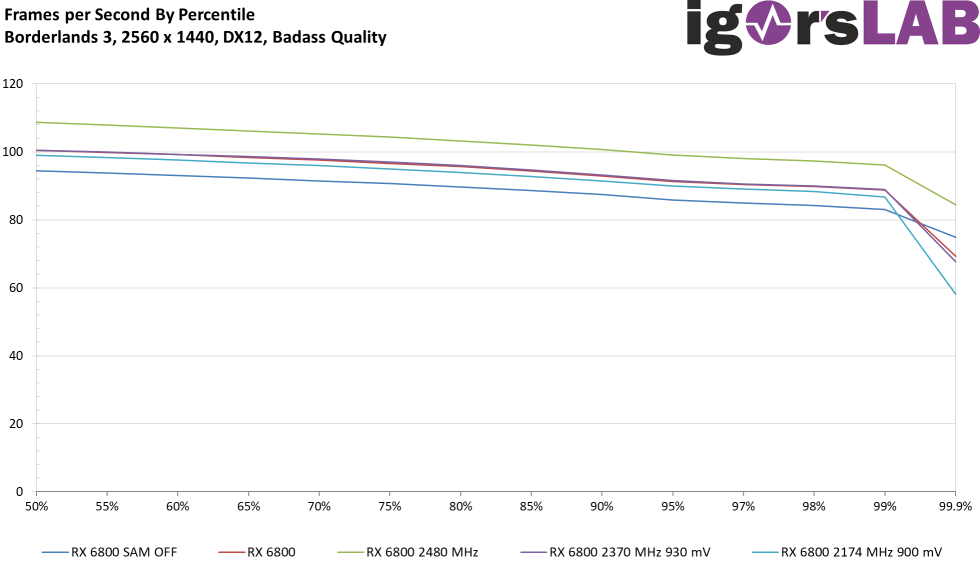 Now let’s come to the pure render time, the so-called frame time. Spikes are always present in Borderlands 3 and values around or below 25 ms are still acceptable. 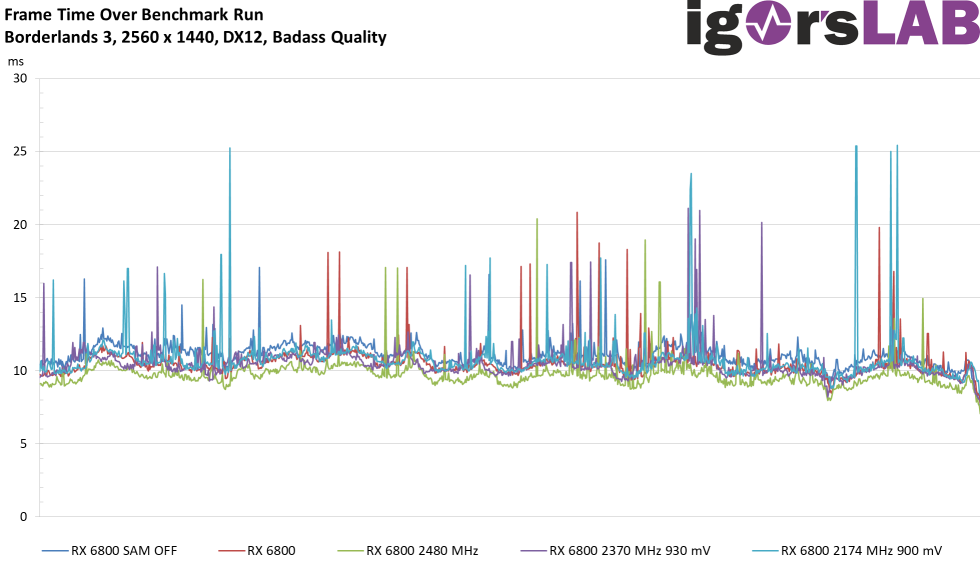 The whole thing can of course also be captured as a bar chart: 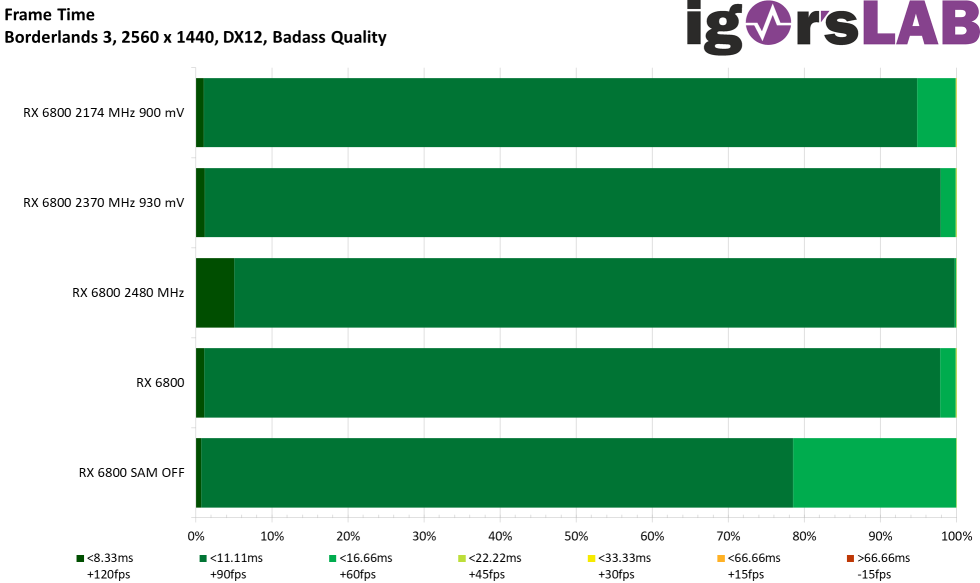 However, the limits of the undervaluation are only seen when the variances are evaluated more precisely, which proves once again how important these statistics are. You can clearly see the clearly uneven course of the curve when the operating voltage is lowered and it is always astonishing how merciless this evaluation is: 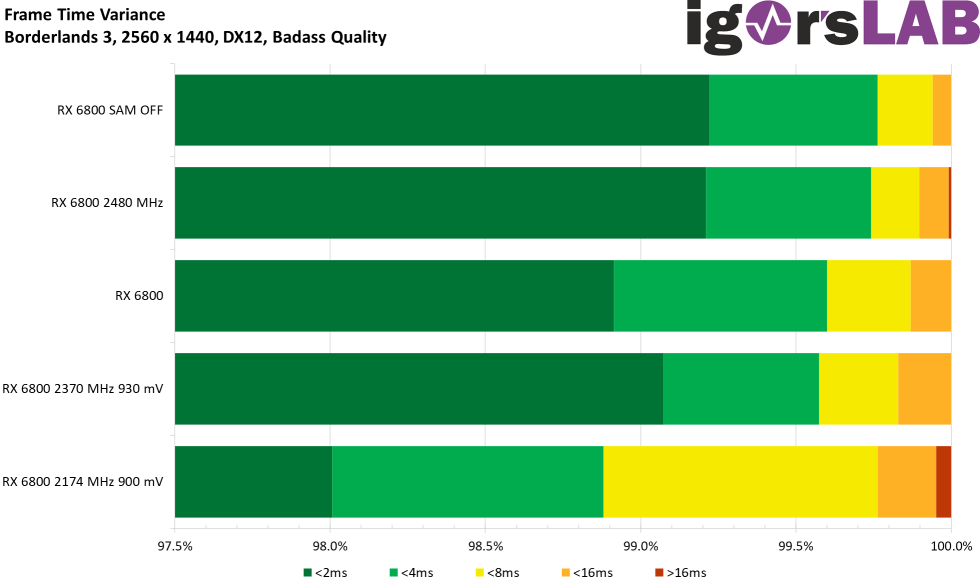 Now we come to the most important point, namely the power consumption and what you have to invest more energy when overclocking or what you can perhaps save in return when underclocking. Let us first look at the performance of the entire benchmark: 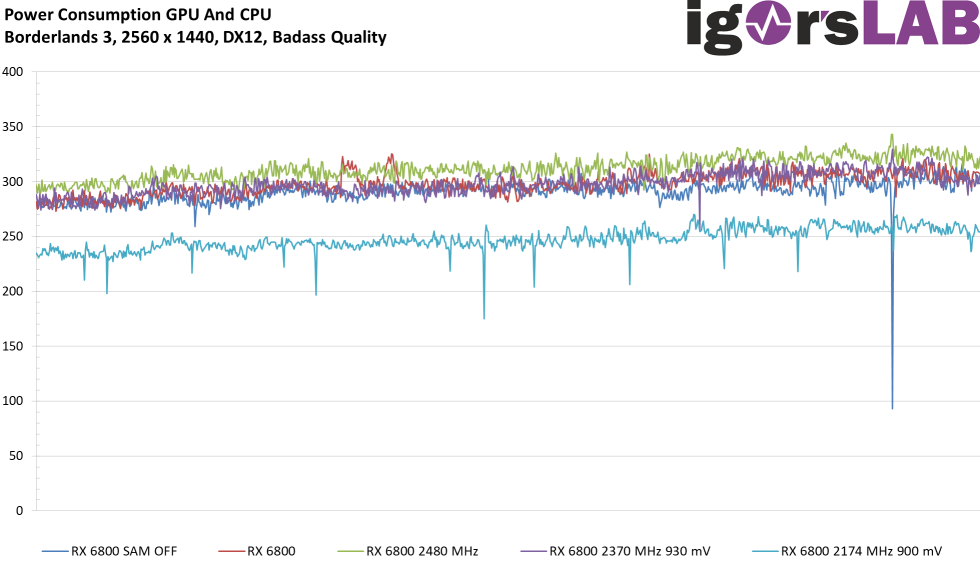 Exactly this can now be expressed as an averaged average value in bars to make it more comparable. The most economical is, no wonder, the undervoltage run with 900 mV.  The normal version without SAM is already 30 watts above this! The 930 mV plus clock boost are even a bit more economical than the normal setting with SAM and with the OC it is already over 240 watts!

We remember: from 98.8 FPS with underclocking, the card reaches 108.6 FPS with overclocking and maximized power limit. That’s a whole 10 percent more performance for a whopping 35 percent more electrical energy! 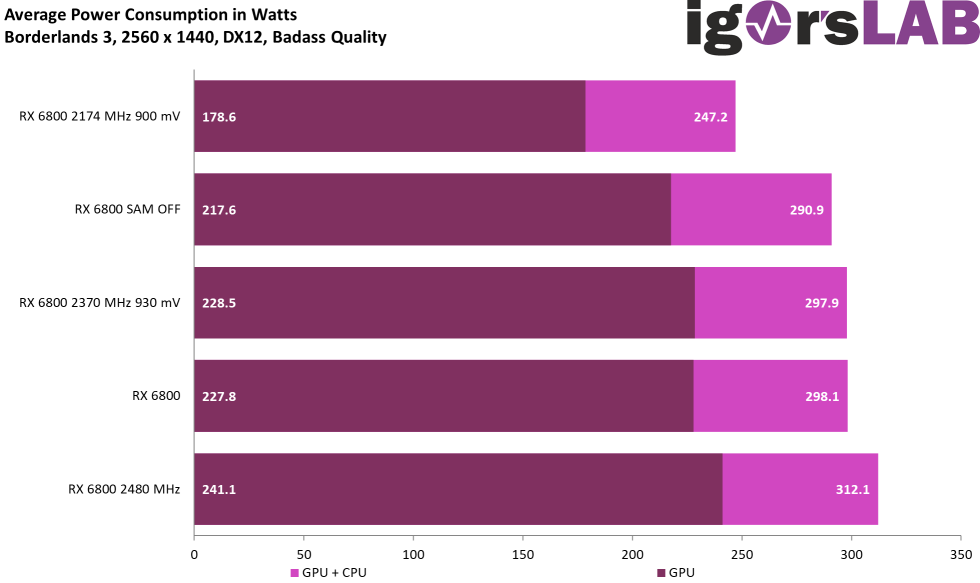 This is now also shown by the efficiency evaluation, where the underpowered version turns its circles alone and can clearly stand out from the rest. The rest is also self-explanatory, where the card overclocked to the maximum without underclocking still proves to be efficient to push it in front of the standard settings with and without SAM. 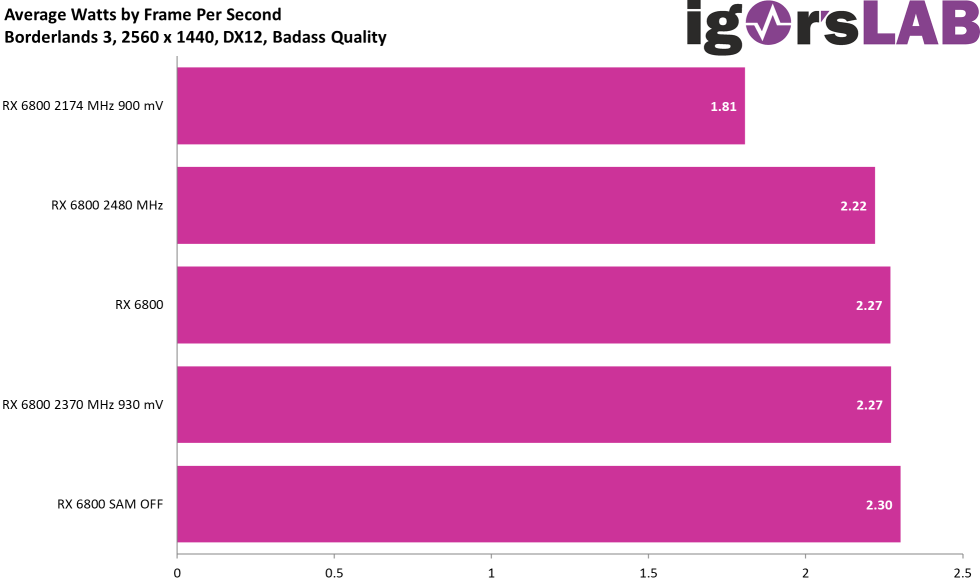 So it is worthwhile once again to be undervalued if you can tolerate a short hop every now and then. However, the slight shaking and twitching can almost be overlooked, even though it can be very clearly demonstrated by the variances. Ok, such a graphics card is just a human being and if you are on a diet, you will be in a worse mood than usual from time to time.