I don’t really need to comment on the following document, because it really speaks for itself. In fact, everyone involved is happy to see a huge demand, but when things turn out the way NVIDIA does, the anticipation and hype quickly turns into disappointment and even anger. But that’s exactly what AMD wants to avoid, because there are two bigger R-Launches in the house, Ryzen and Radeon. In the end, the one who can deliver will probably sell more, as long as free riders and speculators do not make their own ends meet.

From this point of view, AMD’s concern, which the launch of the GeForce cards teaches us, is quite real. After all, you want the products to end up in the right hands and not be parked for resale. This caution is justified, as the example of NVIDIA has shown very well. 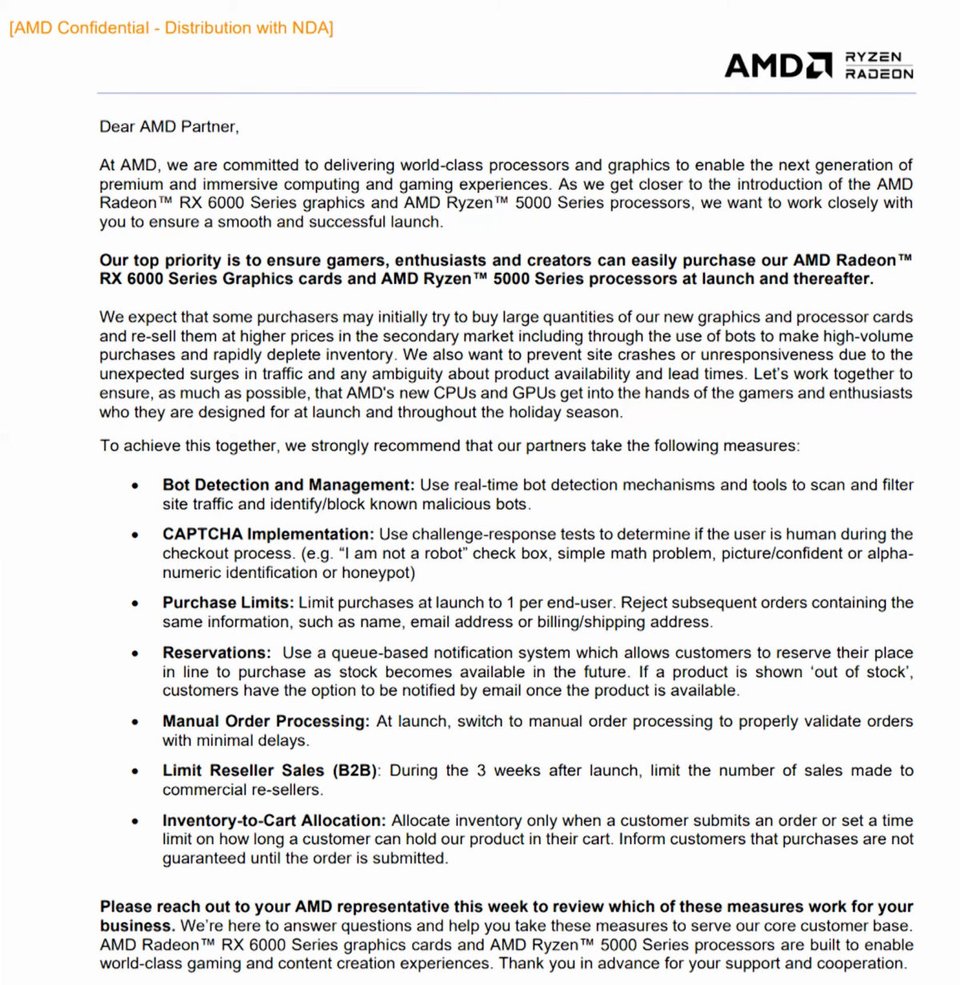