I took a guest article by Sascha Hochweber as an opportunity to ask our readers specifically about their own gaming behaviour and to include these surveys in the following articles.

According to a recent survey of the only4gamers.de page, there were more than 2.5 billion active gamers worldwide in 2019. Although this also includes players on mobile platforms, one fact cannot be denied: the video game industry is huge and continues to grow.

Globally, the current video game industry delivers impressive figures: With a total turnover of more than 150 billion US dollars, the gaming industry is a huge market, generating the largest sales, especially in the USA and China (the third largest market is currently Japan). But the video game industry also generates high sales in Europe, with Germany, the United Kingdom and France leading the way. These figures are even more astonishing when you consider that they do not even include hardware sales. 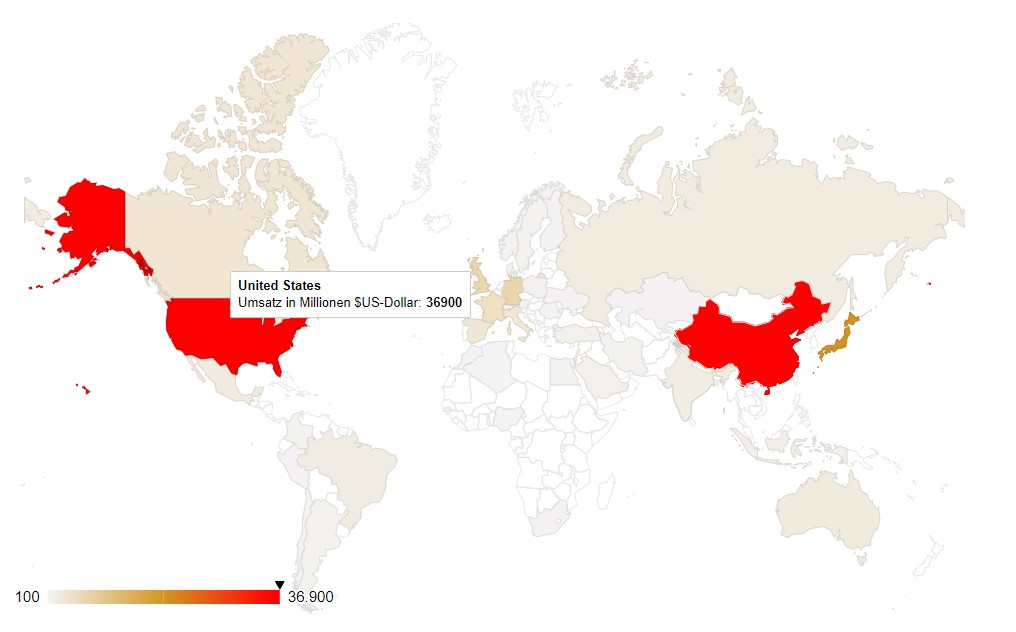 Although the desktop PC is becoming less and less important as a gaming platform and has the smallest growth as a subsegment every year, the PC continues to play the first violin for game developers.

However, despite the sluggish growth of "only" 6% in 2019, the trend continues to rise. Because games like Riot's League of Legends, Valve's Counterstrike: Global Offensive and Blizzard's World of Warcraft continue to generate decent revenue.

With a global market volume of around 5.4 billion US dollars, hardware sales in 2019 look quite small compared to the total industry, but here too we see steady growth.

Consoles continue to account for a large share of total revenue in the gaming industry, accounting for 32% of total revenue in 2020. At around US-Dollar 48 billion, this market segment also had an enormously high volume in 2019. Sony's Playstation 4 dominates Microsoft and Nintendo's other next-gen consoles with a 52% market share. The Playstation is also the only one of the three next-gen consoles that has sold more than 100 million copies.

However, Nintendo's Switch is catching up and already claims a good 25% of its market share. How that will change with the release of the new Playstation 5 and Xbox Scarlett remains to be seen.

Microsoft's Xbox One never really prevailed over its competitors, the newly announced Xbox Scarlett (also called Series X) promises a lot with four times as fast performance. Microsoft's new console will compete directly with Sony's new flagship at the end of 2020 and compete for the crown in the console market. However, Nintendo expects that the two new consoles from Sony and Microsoft will not affect the Switch's sales. In any case, the Switch is Nintendo's fastest-selling console in the company's history.

In the field of mobile gaming, there was rapid growth in 2014, which simply does not want to stop. The mobile market accounted for the largest share of total sales in the industry in 2019, at around USD 68.5 billion. The market research firm NewZoo forecasts sales of up to USD 180 billion by 2021. Accordingly, explosive growth rates are expected here, which are to be realized mainly by markets such as China, the USA and Japan.

The world's most popular games include titles such as Playerunknown's Battlegrounds Mobile, Candy Crush Saga, Clash of Clans or Pokémon Go. Big companies such as Blizzard Entertainment are also looking to enter the mobile gaming market with their 2018 title "Diablo Immortal" in order to generate further growth. The fact is that the mobile market can no longer be ignored in 2020 and exponential growth is still to be expected. This opens up opportunities for many game developers to target other audiences with casual and arcade games.

Who plays games at all?

According to a recent newZoo data set, there were around 54% male and 46% female gamers worldwide in 2019. Among the age groups, the distribution is very wide and you can find gamers between the ages of 10-65 years, the age group of 21-25 was the largest in 2019 with 14.1%. Most gamers refer to themselves as casual players, regardless of gender. Only in South Korea is there a larger proportion of gamers (10%) who are trying to pursue a professional career in the eSports sector. 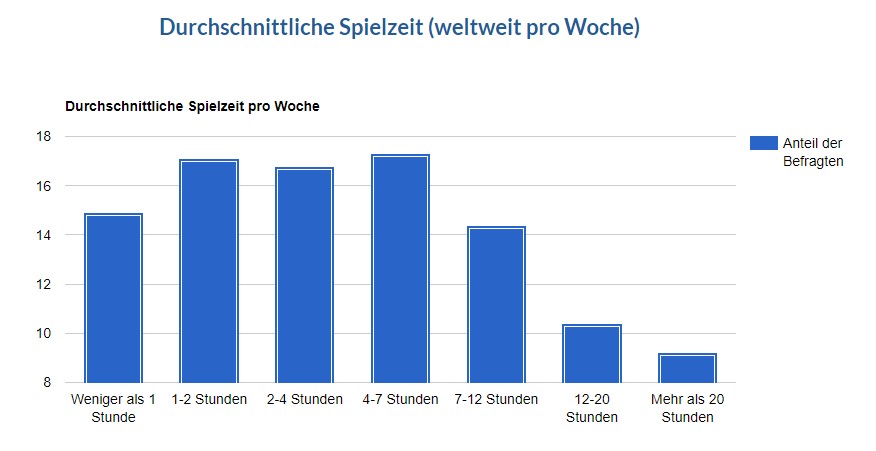 It is also interesting that gamers worldwide spend an average of around 7 hours per week with their hobby. Germany is even the world leader with an average of 8 hours, while South Korea ranks last with 6.69 hours despite eSports ambitions.

The electronic sports market is also occupying an increasingly important position in the video game industry. With annual growth rates of more than 30%, there is no end in sight for the next few years (although eSports is not yet recognized as an Olympic "sport"). As early as 2019, the eSports industry had sales of more than USD 1 billion. Sponsorship, media rights and classic advertising are the biggest sources of revenue in eSports. Things like merchandise or tickets for events are not expected to really grow until 2022.

With tournament funds of USD 64 million per year for games such as Fortnite, this already surpasses traditional sporting tournaments such as the US Open. No wonder, because the awareness of eSports and the audience base is constantly growing.

Gaming industry: What will the future bring?

On the basis of these integers, it is safe to say that the video game industry will continue to grow in the years to come. The extent to which the mobile market will crowd out platforms such as PC and console remains to be seen, but due to the increasing popularity of eSports, such a scenario is unlikely for the time being. It's fascinating to see how the video game industry has changed over the years, evolving from a mere form of entertainment to a popular leisure activity for all ages.

This is a guest contribution by Sascha Hochweber (only4gamers.de) for igorsLAB. All rights and the content responsibility lie with the author.