Like the Gigabyte RX Vega 56 Gaming OC , the Sapphire RX Vega 56 Pulse is more of a rational card, but equipped with completely different genes. Because in addition to the ultra-short board, we also find a very remarkable cooler here, which will be discussed later.

Vapor-Chamber? That is precisely what does not exist this time. But interestingly, it can also be done without it, if you only know how to help yourself cleverly enough.

We would also like to point out that we took the photos of the views with the first sample. However, this was dismantled, repaired, counter-tested and also sent back to Sapphire after our first IR measurements. All the benchmarks and new IR images come from the Retail replacement card. It should be noted that the repaired card from the pre-released practice test "Sneaky graphic flatfoot: When the RMA witch strikes behind and (k)one notices" and today's retail model delivered absolutely identical results. So that one can assume that the sample alone had a damage that no one had noticed before.

The two fans with a rotor blade diameter of 9.5 cm each sit in an opening with a diameter of 9.8 cm. With its special shape, a total of 9 rotor blades per fan mainly provide airflow and turbulence and less static pressure. This should be helpful to the cooling concept.

We see an ultra-short board that would also have honored an RX Vega 56 Nano and a full-length cooler. For cooling, such a board-free air system is of course an ideal case, as we will see later. After all, one should plan at least 5 mm for the rear body, which can already lead to problems with some motherboards if heat sinks are sitting too close to the slot or the CPU cooler is extremely large.

Also interesting is the second lamella heatsink with its own heatpipe, which sits separately between the board and the large heat sink. This part cools the stabilization frame and thus also the voltage converters. Smart idea, as you'll see later!

It is already clear from the bottom of the map that Sapphire, like so many in this performance class, relies on vertically executed slats. With this blast, this solution has hardly any disadvantages, on the contrary.

The top also clearly shows how short the board really is. The two external 8-pin power supply connections are located in front of the center of the card. You can't find an RGB ballfor kevin-Klaus's eye-wellness, on the other hand, and if I'm to be honest, I haven't really missed it. The DIP switch for the two BIOS variants sets at the usual location.

The closed end of the map shows nothing, but nothing at all. The closed radiator decoration even covers the ends of the four thick 8mm heatpipes. Chastened long skirt, no mini skirt with a free-up bacon roll. 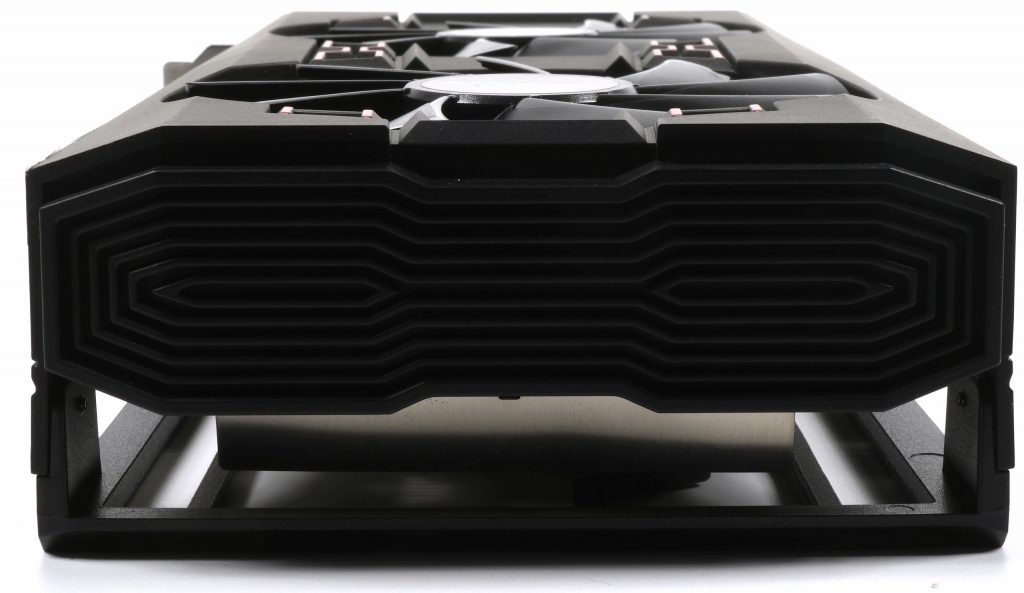 The slot panel is very interesting in that it has only four instead of the five ports of the reference card. An HDMI 2.0 port and three displayport 1.4 are available to the user. The older DVI output has been completely dispensed with. Well, at some point it has to be over.

Finally, let us take a first look at the technical data. Sapphire offers a dual BIOS with 2-wire stages at the DIP switch and writes in the Specs itself: 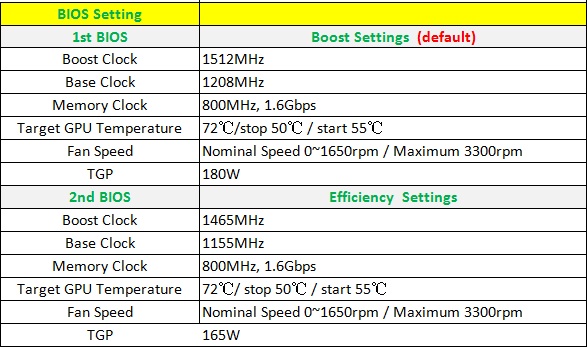 Following AMD's guidelines for clock frequencies, however, the maximum turbo clock has been increased by 100 MHz, so that the displayed MHz number differs from the specs, for whatever reason.

Compared to the relevant reference cards, this looks like this (we deliberately did not use the GeForce GTX 1070, as the overclocked RX Vega56 often acts much faster): 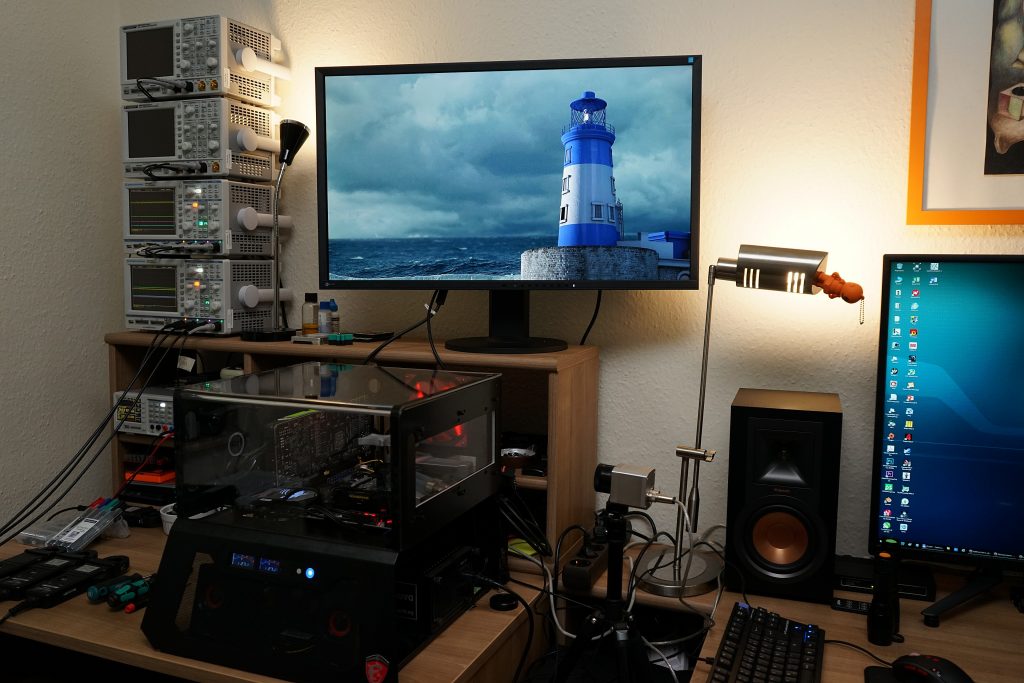