Sapphire's short board differs significantly from AMD's reference layout of the RX Vega, which should also make the use of existing full-cover water coolers impossible. Also at the popular Raijintek Morpheus is end terrain, because you can't get that cooled away in the block. Sapphire also uses 6 phases (but here without a doubler), resulting in a total of seven voltage converter circuits for the VDDC and one phase for memory (MVDD). But stop! Why seven? 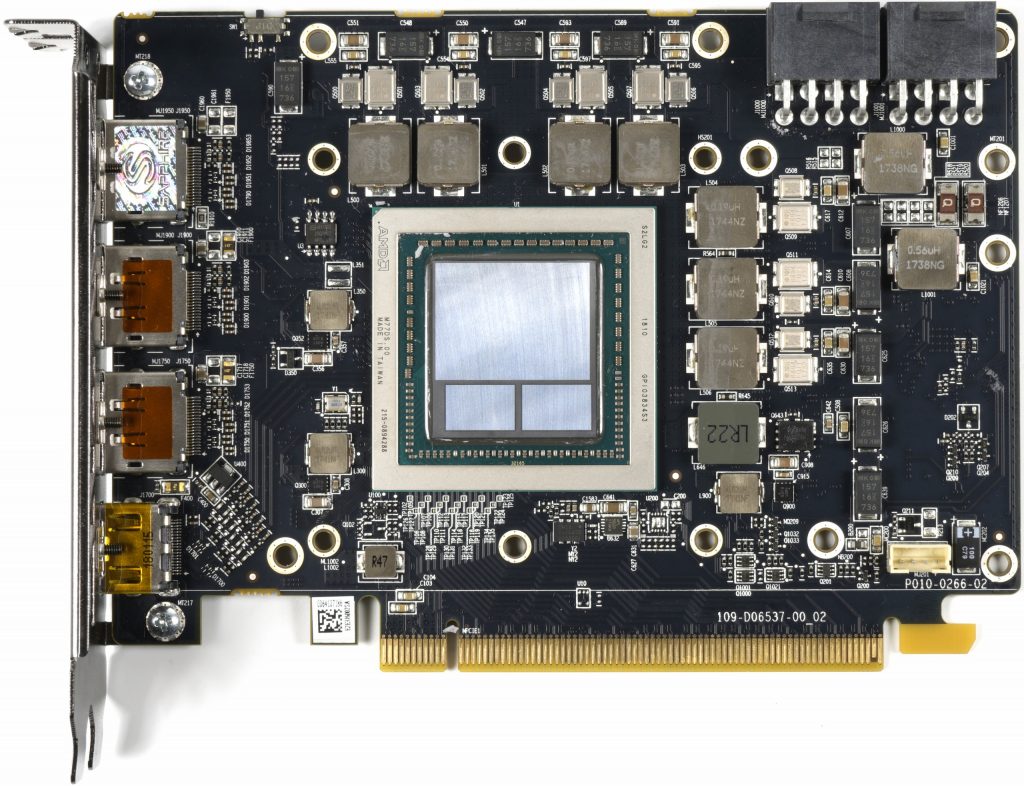 Sapphire relies on a so-called load balancer. A total of five of the six GPU phases (VDDC) are fed from the two external 8-pin ports. The sixth phase is realized via the external supply AND the motherboard slot. Thus, one uses a control loop for the different feeding of the first phase. This is also the main load in the idle and low-load range. In addition, the one phase for the HBM2 is also fed from the motherboard slot.

The back also houses a lot of active and passive components, but except for the MOSFET drivers, no really hot candidates. 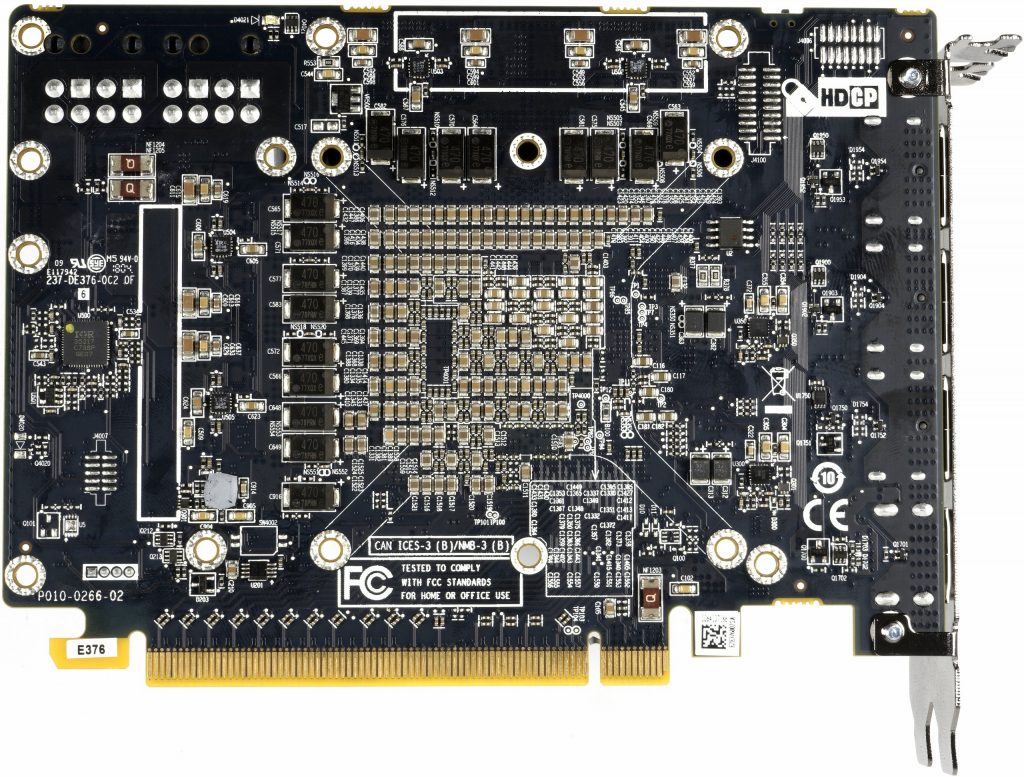 Sapphire relies on a total of two external 8-pin jacks. Since the motherboard slot does not supply 25 watts in the tips according to our measurements, these two connections have to handle the rest. We will see how much that is now.

As with the reference design, the focus is on the IR35217 from International Rectifier, a dual output digital multi-phase controller that can provide both the six phases for the GPU and another phase for memory, to which we are will still be discussed. But back to the GPU and with it to what we had just discussed. After all, we count 7 voltage transformer circuits, not six. However, since only six real phases are generated, the now mentioned load balancer is used. 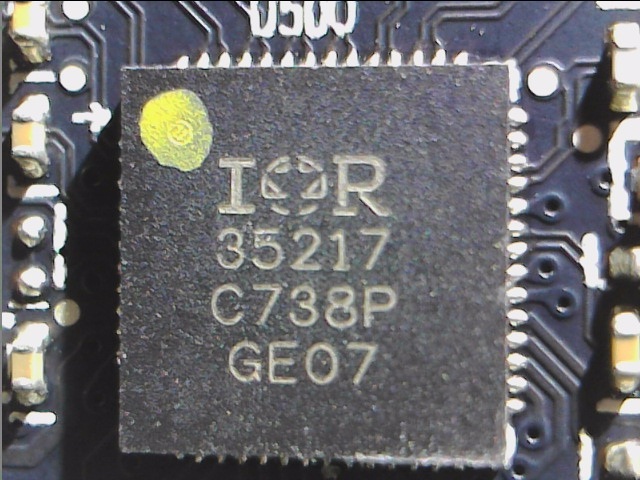 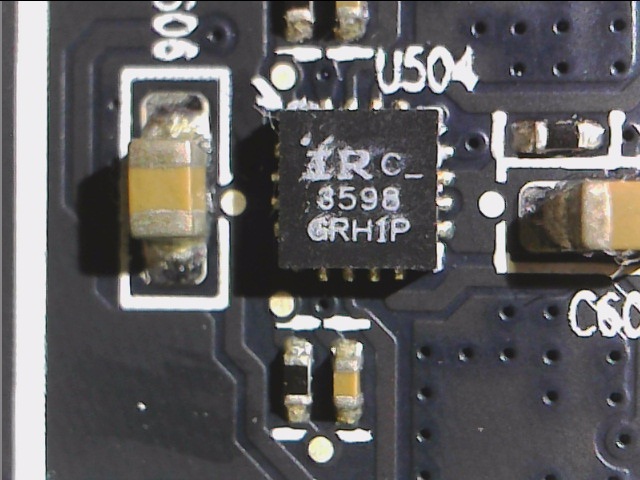 On the board we find a total of four IR3598. The interesting thing about these small chips is that they can be used both as doubler chips (as on the reference board for controlling 2 control circuits per phase) but also as pure MOSFET drivers. Thus, three of these dual drivers control the total of six phases fed from the external PCIe), while the fourth half of the load balancer of the seventh control circuit and which serves one phase of the memory.

For the VDDC phases, an IR6811 on the high-side and an IR6894 on the low-side are used. This dimensioning is absolutely sufficient, but the elimination of doubling also results in more intensive hotspots in the VRM area. But this has been solved cleverly (see Cooling). As a coil for the final, smoothing LC circuit, Sapphire relies on the usual encapsulated ferrite core coils, in this case at 190 mH per control circuit. 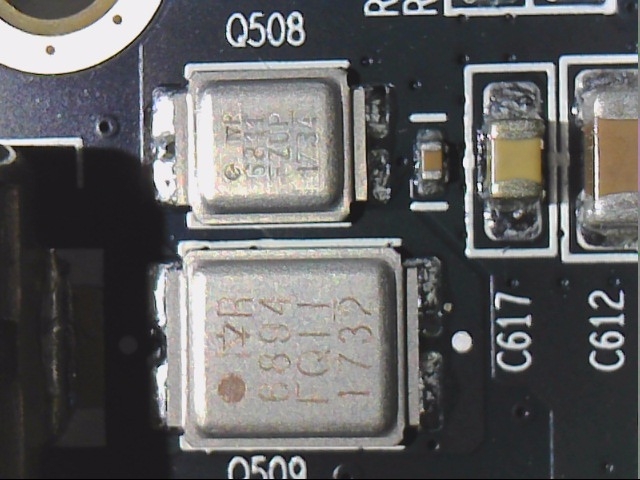 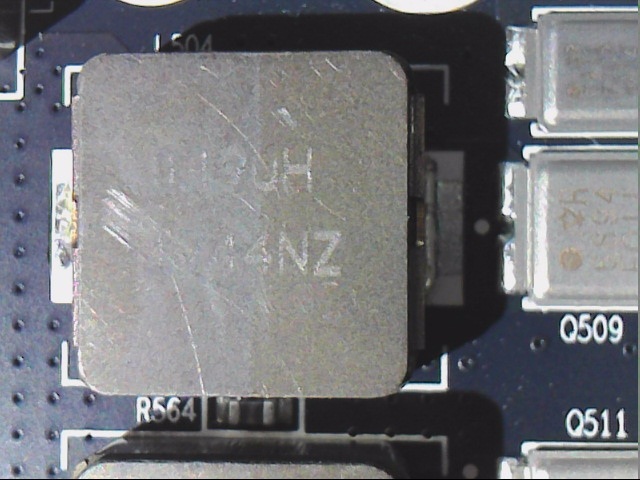 Power supply of the memory (MVDD)

As mentioned briefly, the IR35217 also provides one phase for storage. One phase is sufficient for the card, as the memory is much more sufficient. This is where a single 4C85N from ON Semiconductur is used, about which I have already written. The coil is the usual butter-and-bread model with 220 mH. 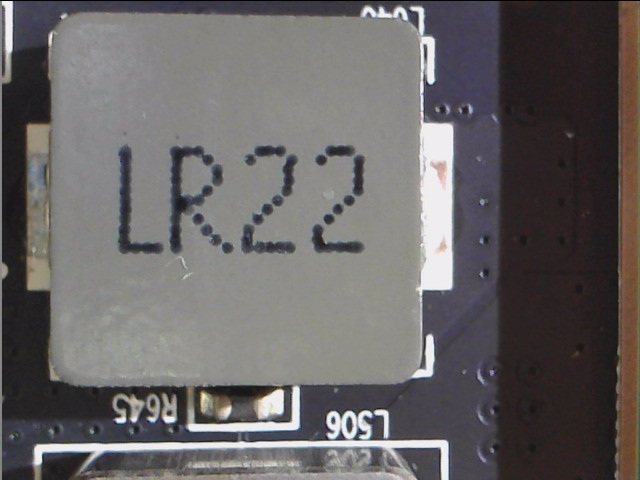 The creation of VDDCI (pictured bottom left) is not a big item in terms of performance, but it is important. It is used for GPU-internal level transition between the GPU and memory signals, something like the voltage between the memory and the GPU core on the I/O bus. In addition, a constant source for 0.9 volts is generated (picture at the bottom right). Most of these very similar voltage converters are located on the back of the board. In addition, there is also a 1.8V source (TTL, GPU GPIO) on the front side and below the GPU you can still find the APL5620 from Anpec for the VPP. This ultra-low dropout chip generates the very low voltage for the PLL range. 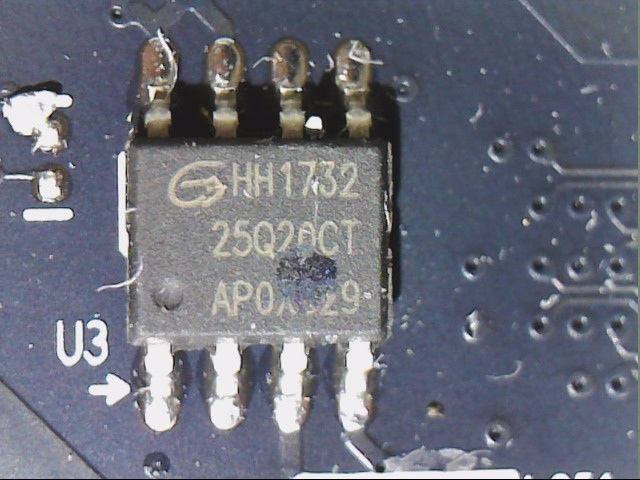 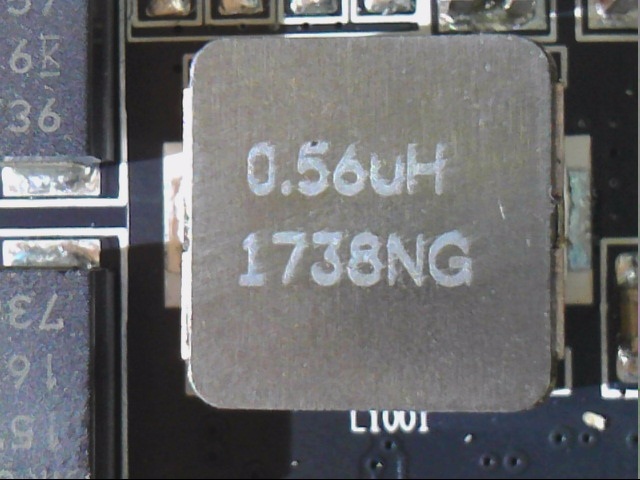 So we would almost be through, because the rest is the usual standard. Only the BIOS chips 25Q4, which is a double SPI flash chip, are still noticeable. The switch is located at the usual location at the top of the card. In the entrance area there is a ferrite core coil with 560 mH for input filtering, which helps to block the occurring load peaks including the incidental products of power supply.