Unofficially it went with the ComboAM4PI V2 1.2.0.1 already longer, but since 03.03.2021 AMD announced also officially the support of Zen2. Up to now, AMD required a current Zen3 CPU, a B550 or X570 motherboard and an updated BIOS. Or just a current Intel solution. Now also officially Zen2 and it is time to draw here once the direct comparison, what the native implementation of Zen3 and the partly over the firmware adapted use of Zen2 also with the performance differs. Or maybe not? Let’s be surprised!

A current Ryzen 9 5900X as well as a Ryzen 9 3900XT are used, which run with the used graphics cards in form of a Radeon RX 6800 16 GB reference and the KFA2 GeForce RTX 3060 EX 12 GB on a MSI MEG X570 Godlike, for which a suitable BIOS is also available in the meantime. As an example, I chose Borderlands 3 as the game, because here the advantages of using the Resizeable BAR (yes, it’s factual and not a counter!) come into their own particularly well. Badass settings and Full HD vs. WQHD against a Radeon RX 6800 and a GeForce RTX 3060, neither of which are likely to let the CPUs become a bottleneck in this case. 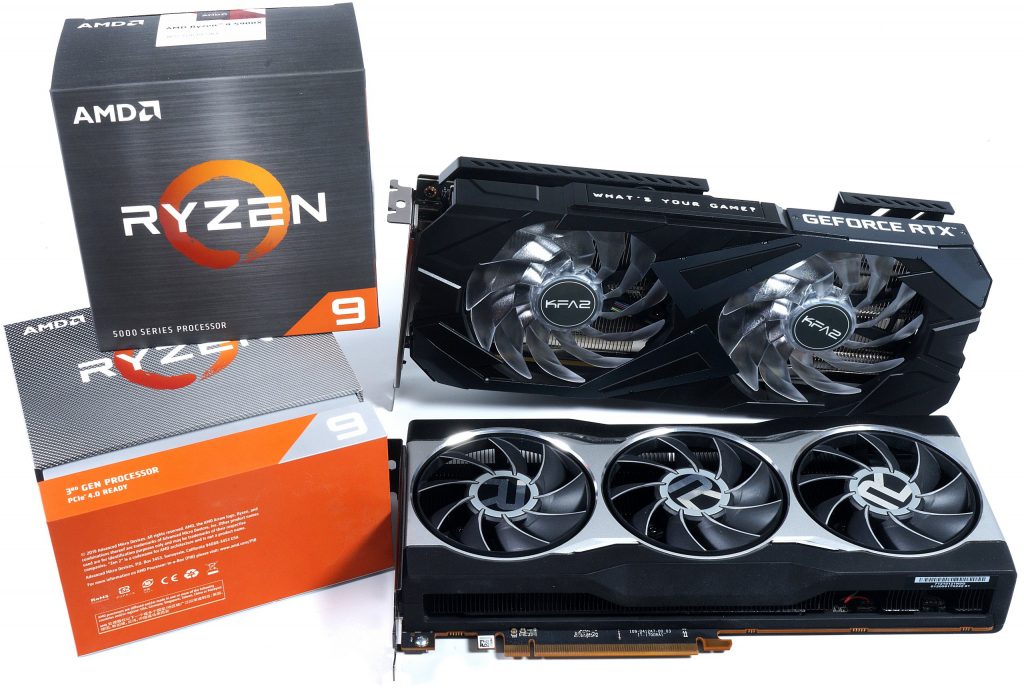 But first we have to clarify the term BAR, i.e. Base Address Register.

What is behind Resizeable BAR?

Behind this, meanwhile often used buzzword, is actually nothing else than the clever handling of the Base Address Register (BAR) and exactly this support must be integrated and also activated in the substructure. Resizable PCI BARs (see also PCI SIG from 4/24/2008) have been playing an important role in modern AMD graphics hardware for quite some time, since the actual PCI BARs are normally limited to 256 MB, while the new Radeon graphics cards now offer up to 16 GB VRAM and the GeForce RTX 3060, the only supported graphics card from NVIDIA so far, still offers 12 GB.

As a result, only a fraction of the VRAM is directly accessible to the CPU, which without the feature requires a whole bunch of workarounds in the so-called driver stack. Of course, this always costs performance and should therefore be avoided. AMD and meanwhile also Intel are now starting exactly there. This is not really new, but it must be implemented cleanly in the UEFI and later also activated. This only works if the system is running in UEFI mode and CSM/Legacy are disabled.

First you have to check in the BIOS of the motherboard if UEFI or CSM/Legacy is active and if not, make sure to do this step. Only then you can activate and use the resizable PCI-BAs at all, but stop – does your Windows boot at all then? How to convert an (older) disk from MBR to GPT with on-board tools, so that it is recognized cleanly under UEFI, you could read among other things also in the forum, if there are questions in this regard, that leads too far here now.
The fact is that AMD has already set the hurdles for the use here quite high and has communicated this so far only sparsely. But if one has updated the BIOS, the world of the larger address register (subsequently also called rBAR) is also open to the Ryzen 9 3900XT: 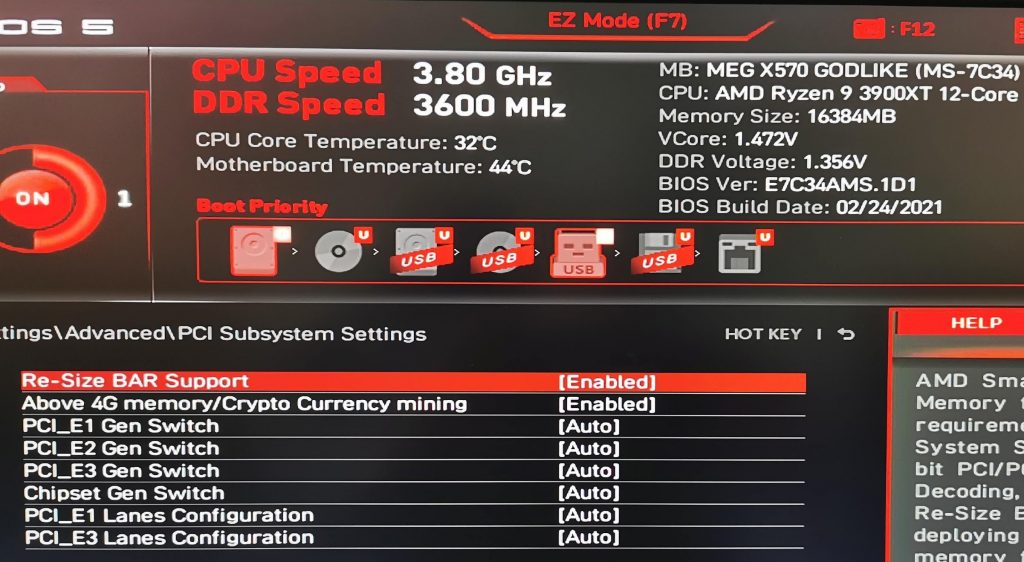 The benchmark system has been tweaked and I’m also going with PCIe 4.0, the matching X570 motherboard in the form of the MSI MEG X570 Godlike, and both the second and third generation Ryzen 9s running water cooled but not manually overclocked any further. Add to that the matching DDR4 3600 VIPER from Patriot, as well as several fast NVMe SSDs. The memory runs with identical settings on both CPUs, which naturally promotes comparability.

Is Intel pulling out the crowbar after all? Alder Lake is now allowed up to 241 watts in PL1 ex factory, but for what?

Are AMD’s Zen 3 Ryzen CPUs with 3D cache going into mass production in November, and will B2 stepping be available in late December?