As always, the following is to be enjoyed with caution, but for the sake of completeness it should not be forgotten. Intel's 14nm Skylake architecture has now reached a peak with Comet Lake CPUs, requiring Intel to focus on the next-generation cores that will be deployed in upcoming desktop and mobile CPUs. Skylake is now a true generational perennial with various iterations on refined 14nm processes, but only the 10nm and 7nm lineups of the next generations will be able to bring incremental IPC profits again.

Rumors about what to expect from Intel's next-generation CPU cores have been posted by MebiuW via Twitter, who only a few days ago let us have a first look at AMD's next-generation desktop processors. Whereby the rumor is actually not from MebiuW itself, but from a Weibo user from China, who has obviously hinted that the IPC will benefit more from the next generation cores from Intel. 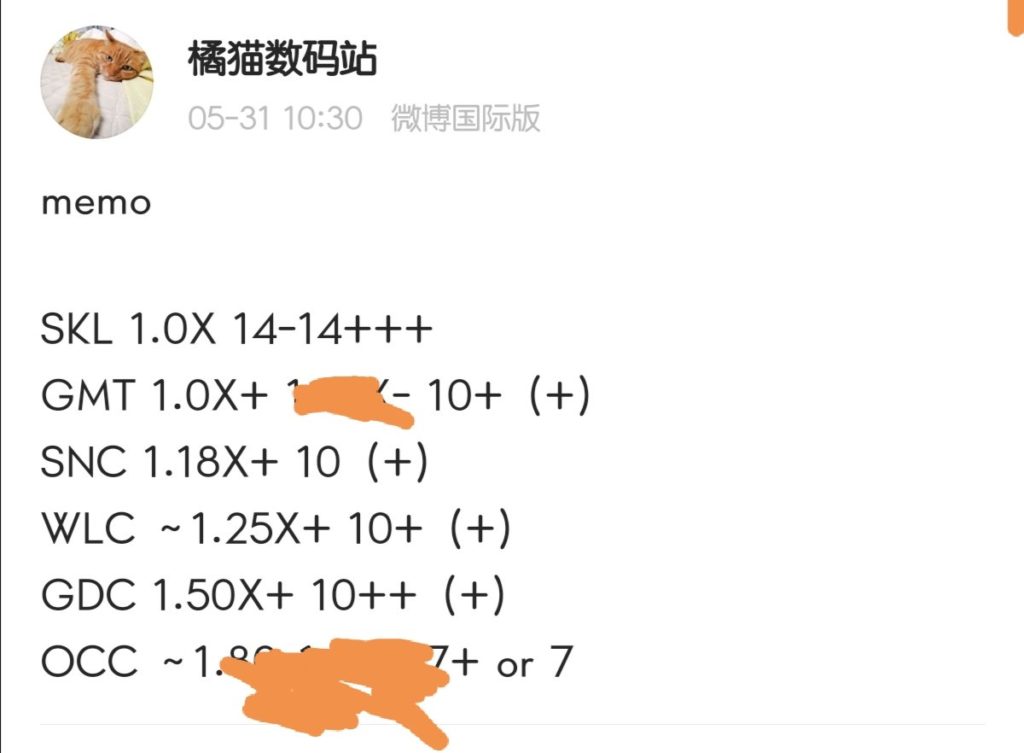 Intel's roadmap contains three important core updates after Skylake. This has been known and confirmed for some time. These include Sunny Cove on the Ice Lake CPUs, Willow Cove on the upcoming Tiger Lake CPUs and finally the Golden Cove cores that will be found on Alder Lake CPUs. There are also the post-core architecture CPUs that will include the Ocean Cove CPUs, planned for 2022-2023. 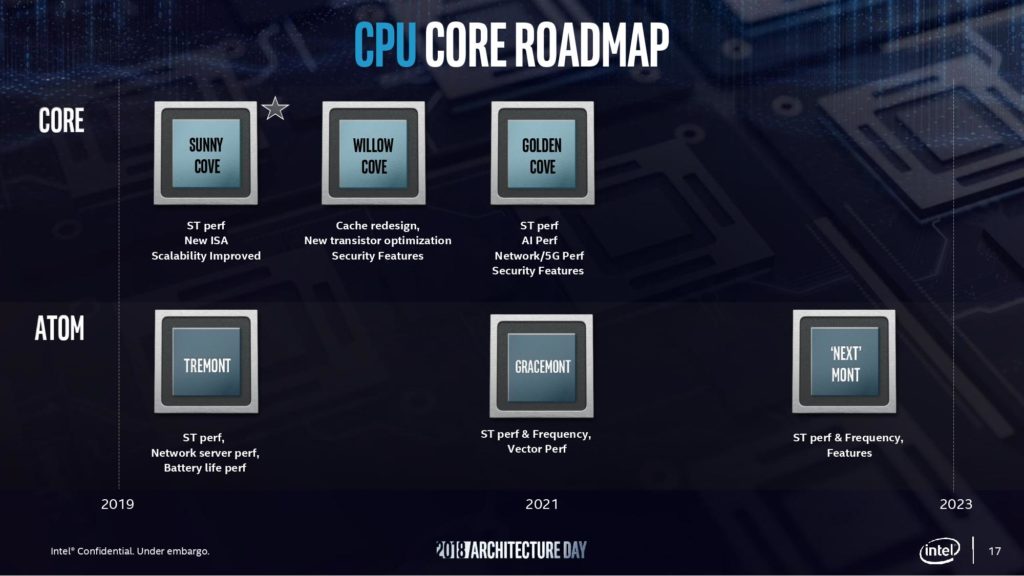 It is already known that Sunny Cove brings an average of up to 18% IPC improvement over Skylake. It is expected that the next generation cores will push the IPC of the Intel CPUs even higher. After all, Intel has not seen any incremental IPC gains on the desktop platform for a long 5 years, which has led to a sharp deterioration in performance efficiency over the years. The main competitor, AMD, on the other hand, brought both increased IPC and improved efficiency with its Zen-based Ryzen CPUs, which we have been seeing since 2017.

Intel knows that you can't survive without incremental IPCs and that the dependence on high clock rates has to end in a dead end, as was already the case with netburst. We know that Tiger Lake will be coming to 10nm+ with Willow Cove cores in the foreseeable future and is already delivering significant IPC improvements due to its new and revised design. The rumor includes the following expected IPC profits for the respective core architecture of Intel, which the colleagues from wccftech.com have summarized in a table:

Codename Sienna-Cichlid – is that finally AMD's Big Navi? new information has been released
Intel's Xe DG1 GPU in the 3DMark benchmark – faster than all integrated GPUs, but slower than the entry level cards from AMD and Nvidia