It’s not new that you can’t overclock NVIDIAs and AMDs workstation graphics cards, but by chance I found a way to do exactly that with the Ampere cards anyway and to test them that way. And yes, it works. Really good, actually. Still, I suppose, but I don’t want to spoil the article. Only it was so interesting that I left everything else for now, just to benchmark a round. And to cut a long story short, yes, it runs. But unfortunately only at Ampere. 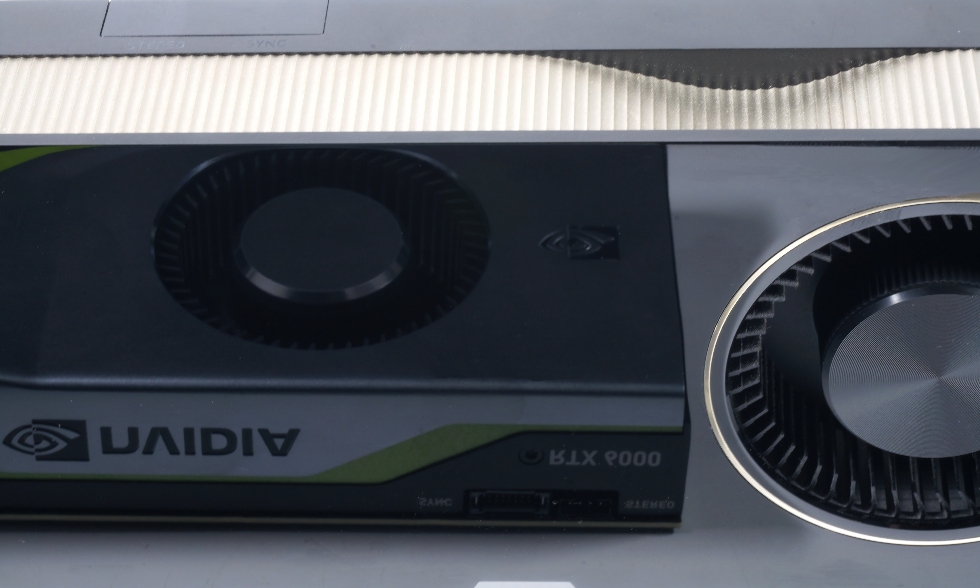 The fact that you can’t (and shouldn’t) overclock the workstation graphics cards of both manufacturers has a solid reason: stability. The productive area is not a playground for curious gamers or hardware enthusiasts who want to show what works. Overclocking ECC-RAM is almost decadent and I also ask to see today’s article as a pure feasibility study which proves that you could do other things with this hardware than just working within Jensen’s and Lisa’s specification corset.

So let’s not take today’s article too seriously, because I personally wouldn’t want to affect the stability of my workstation with this, or risk anything going wrong, even if it’s a simulation. But I had already written it: we are doing a little feasibility study today. And if I am to be honest, with a little modesty when overclocking and the use of brain and reason, it is quite possible to save expensive time when working with the settings used.

We know it, usually the relevant overclocking tools such as the MSI Afterburner bring us a clear rejection. Either the relevant input fields or sliders are grayed out, or the changes are simply not applied, but reset to the default value. While it was at least possible to increase TGP and TDC in the MorePowerTool of the current Radeon Pro, nothing was possible with NVIDIA’s Quadro cards until now.

The Afterburner was absolutely merciless there as well, as generally everything was blocked on NVIDIA’s workstation graphics cards, even the fan control, power and temperature target. The beat was off-limits anyway. And then came the MSI Afterburner 4.6.4 Beta 3. With a Quadro RTX 6000 (or the smaller models), nothing really works with it either, except for the now exposed fan control, which you can even modify individually and freely as your own curve. 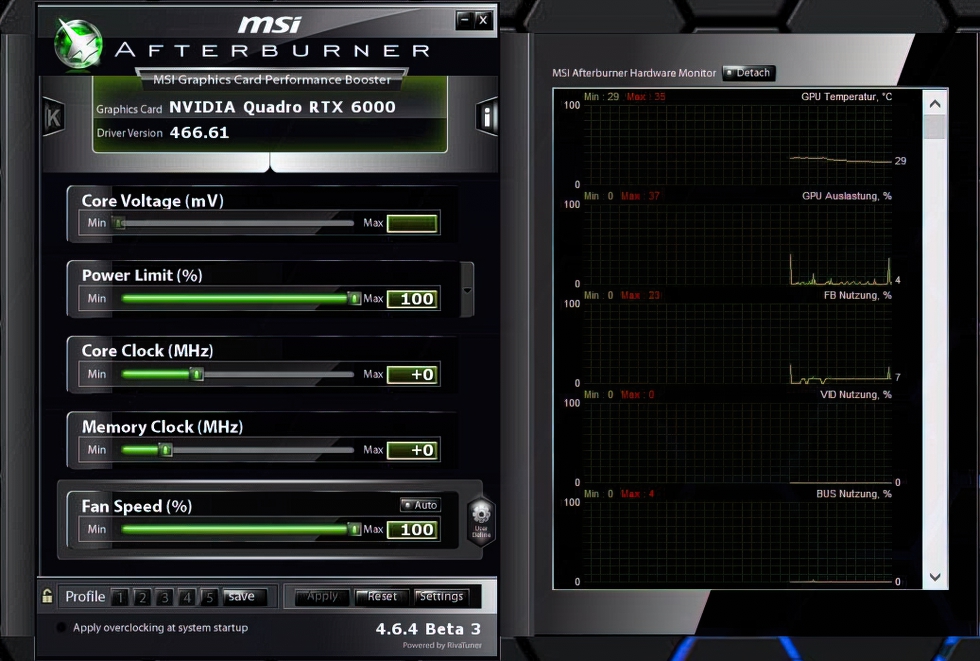 At least you can experiment a bit with the fan curve, but you will soon lose interest because of the lack of other options. If you set the fans more aggressively, you lower the GPU temperature quite noticeably, which resulted in a maximum of 60 to 75 MHz more boost clock in the end. Better than nothing, but also a little louder. Do you want that? Well, if there are other things in the room that are acoustically annoying, then of course you’re happy to take that, especially since it’s still within the specifications. 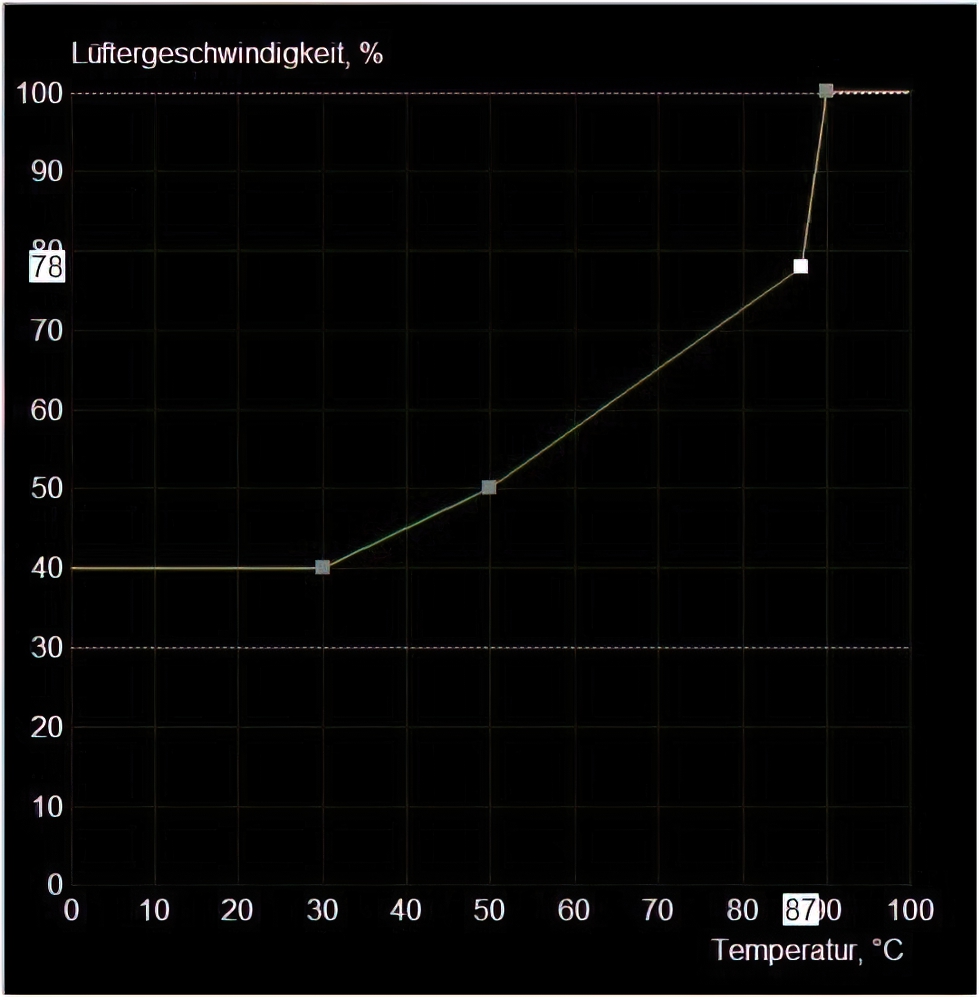 Now let’s move on to the amp cards. I suspect that they simply forgot to block the new workstation graphics cards in Afterburner, because I can’t explain the new freedom any other way. I actually always test all settings of this software, in the silent hope to find such a small lapse once. Especially since it’s not the first time. Whereas I have found now nevertheless for years nothing more. But now it works again (for once) and the editor is happy. I’ve been able to replicate this with two recent cards, an NVIDIA RTX A5000 and the RTX A6000. The options are all free and not blocked! 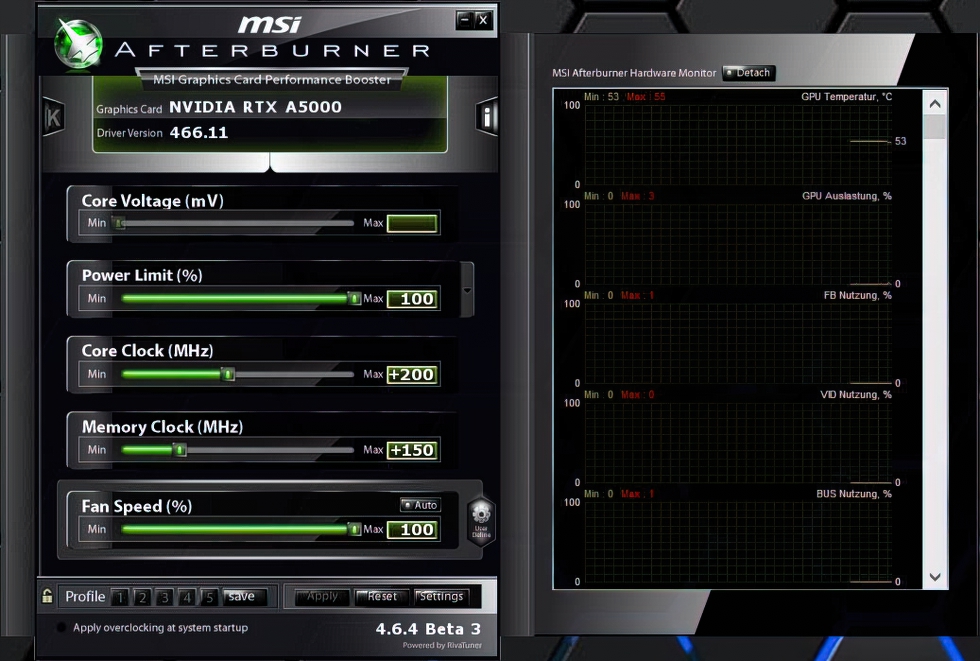 Also the curve editor goes if you change the theme and set it to a newer one. All entries made are taken over and even saved if you want them to be. That’s a good start, especially since even the OC scanner works without complaint. 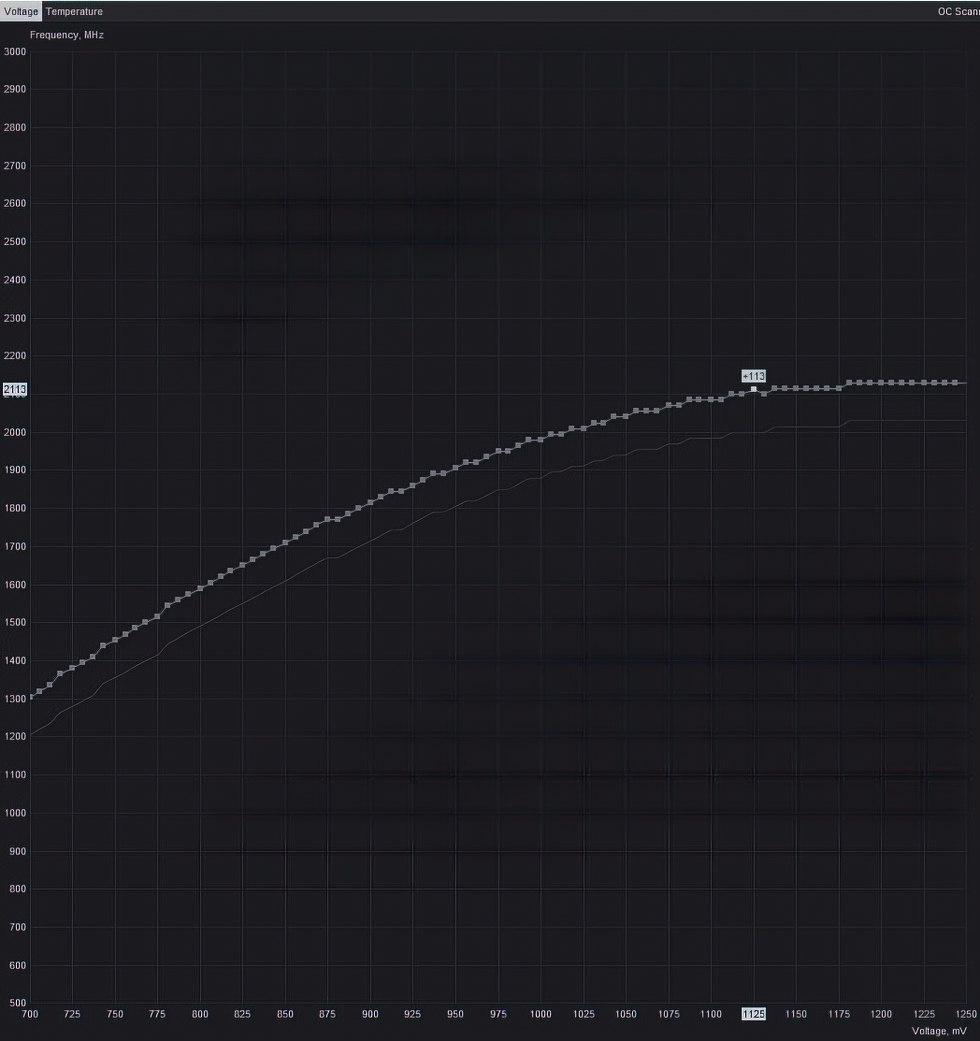 Well then? The question arises, what of the set offset really arrives at the clock in practice. When it comes to memory, yes, it’s clear, though I didn’t overdo it much. On the one hand you are happy about ECC and on the other hand you question it again by exaggerated settings. You don’t do that. But when it came to the GPU clock, I was brave. Incidentally, the cards can also be made more economical, i.e. quieter. Right down to the undervolt, which would have been a nice gimmick as well.

If you are already curious, you can download the Afterburner from MSI, at least as long as it is still available in this version.

If this version should “disappear”, which I unfortunately assume, then there are certainly still file hosters who will continue to offer this particular version 4.6.4 Beta 3. I ask for your understanding that I do not offer this software for download myself, but this is not possible for legal and moral reasons. So hurry up and test it yourself! Or I’ll look for the appropriate links in the depths of the internet later.