It’s all a question of temperature and timing

I don’t want to anticipate another follow-up, because the water blocks have already been ordered. We all know that you can gain more boost levels as the chip temperature drops without having to manually raise the clock or the power limit, although that’s not possible with the power on a workstation card. But if you can also adjust the offset for the core clock, it becomes even more interesting. But for now, I still have to make do with the air cooler.

That’s why I’m limiting myself to the RTX A5000 today, which is fully sufficient as an example, because both cards have somewhat the same margin. But to achieve something even with air, I set the fan speed in the Afterburner to 100% and increased the offset for Core Clock by 200 MHz. Of course, this never completely reaches the system, but a little bit does:

After all, 150 MHz at the maximum clock and even 165 MHz at the minimum in a 3D load (control in UHD for a better comparability) are already a nice gain of plenty of 10%, even without water cooling. As I already wrote, I left the clock largely untouched, because you can overdo it and I also put value on a stable and error-free operation here. Only from an offset of 280 MHz did the GPU also start to experience errors, whereby the clock gain of around 200 MHz achieved then simply no longer makes sense. With Waser, however, there is certainly still something, especially with the RTX A6000.

But what of the 10% actually arrives at the 3D Load in the individual applications? Again, I’ll take the NVIDIA RTX A5000 as an example (for now). However, we see that the bars speak for themselves, there is no need to comment on anything individually. However, the up to 10% more clock rate is not quite what arrives in reality in terms of performance increase. But you can still see the difference quite well, because around 5% and more almost always go. 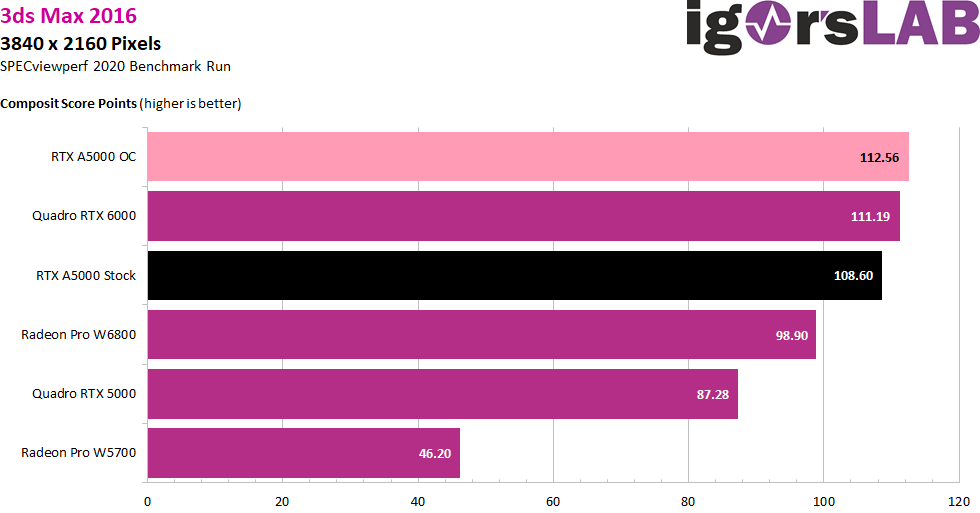 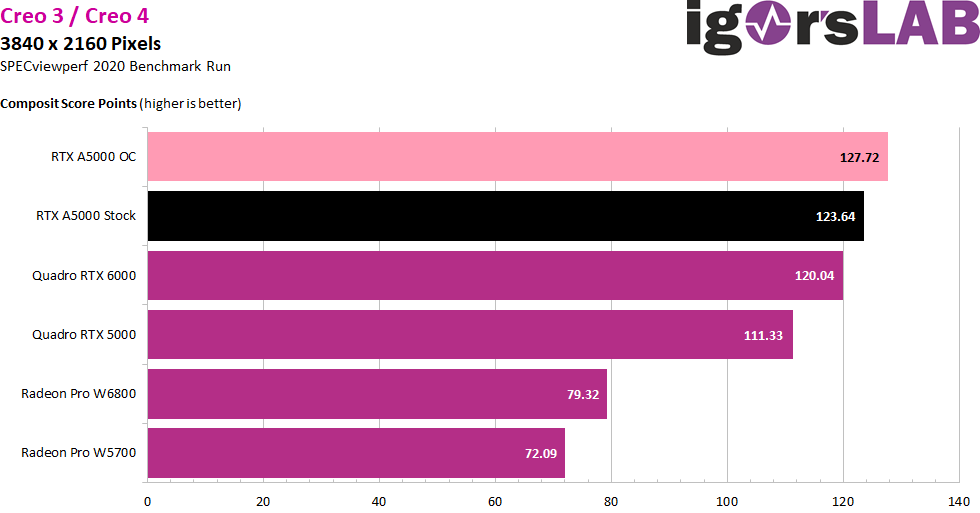 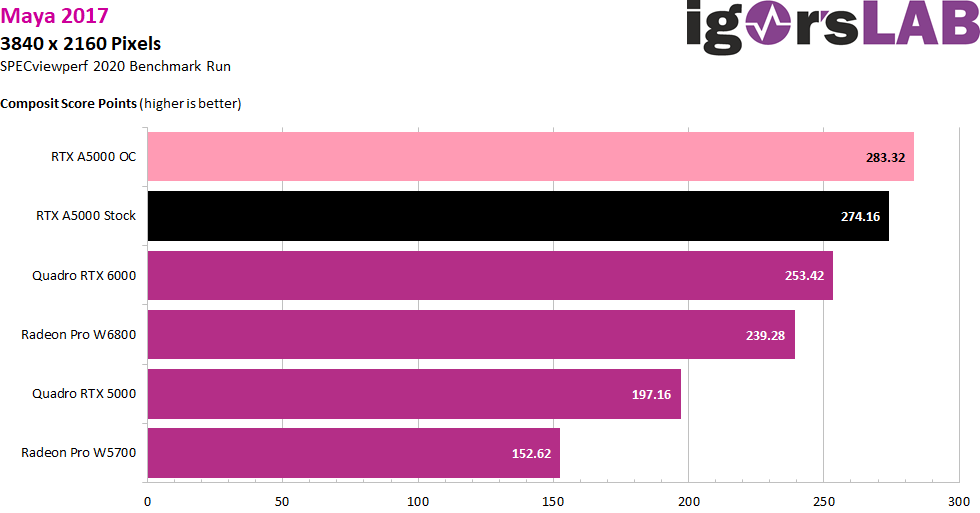 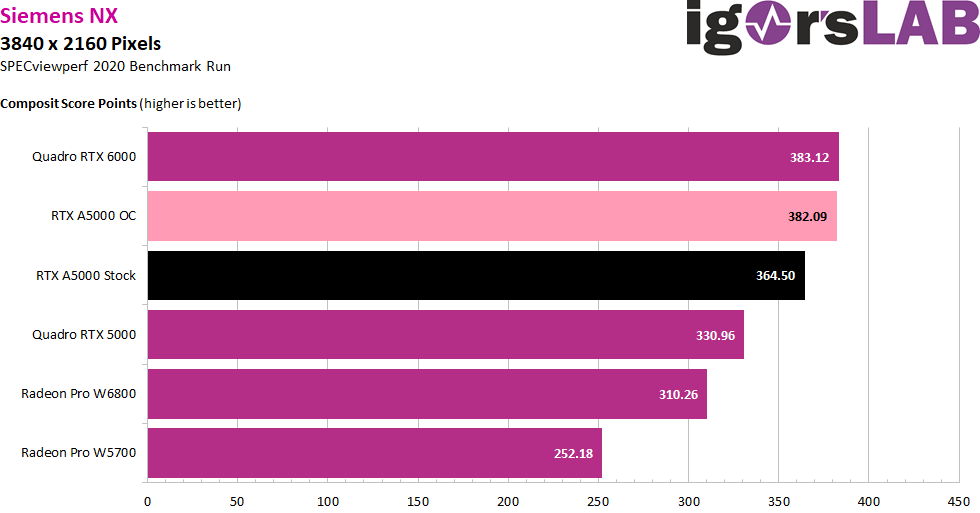 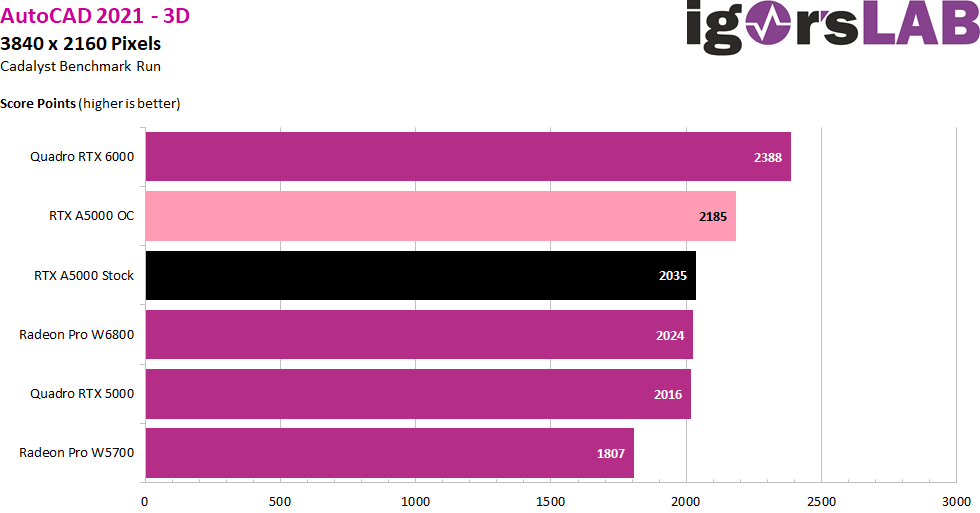 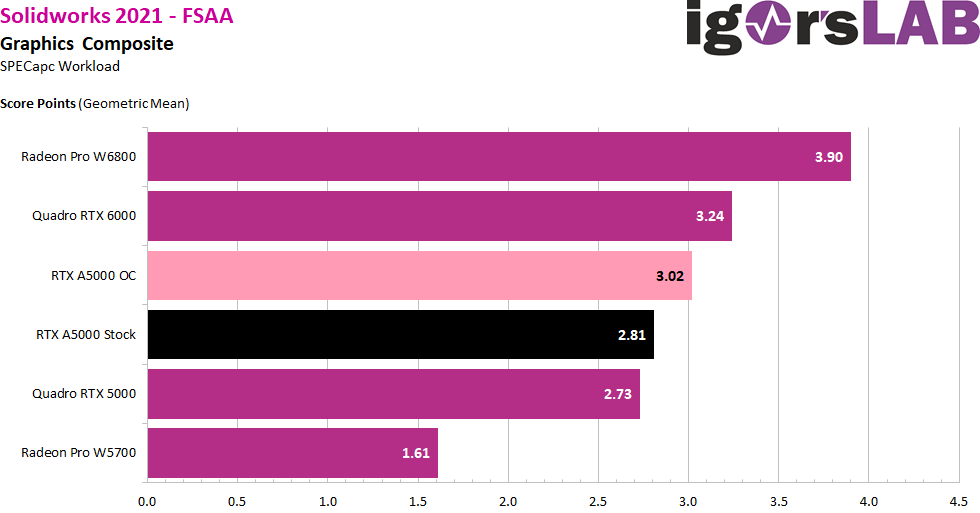 Once again, it was probably more of a fluke that MSI’s version of Afterburner unlocks overclocking of RTX-A cards. If that’s the way it’s meant to be, so much the better, but I don’t believe it is. However, once again you can see how much room for maneuver there still is in workstation cards and where the manufacturers prefer to look closer to the sweet spot. This is of course an absolute priority in 24/7 operations and I’m happy to repeat myself here: today’s article is purely a feasibility study.

The NVIDIA RTX A5000 and the RTX A6000 (there’s something coming later with a water cooler) have already delivered today, that’s for sure. Of course I will write single reviews for both cards, without OC and as serious as you expect and are used to from me. But let’s be honest: if the beat slider is held out to you as a tempting little stick, you might as well jump over it. Not just as a dog.