However, I have to bring the word speculation into play here, because so far not a single board partner has been able to confirm this rumor. And until the 21.01.2021 it is now really not far. So to what extent this is now a smokescreen or even a well-made fake, I cannot and will not judge at this point.

ASUS will also offer the GeForce RTX 3060 Ultra in several variants, including the ROG STRIX design, but only the images of the TUF Gaming GeForce RTX 3060 Ultra (ASUS TUF-RTX3060U-O12G-Gaming) have been leaked so far. The TUF version of the card features a massive 2.7 slot design and a large aluminum cover with three large fans ind fan stop. The heatsink under the card consists of a solid aluminum fin array with multiple copper heatpipes running through it. The card also uses its own relatively short PCB design, so the cooler and backplate extend beyond it. Display outputs include a single HDMI and 3 DisplayPort outputs.

Once again, it’s interesting to see NVIDIA changing the branding behind the scenes. However, the branding of the GeForce RTX 30 Ultra series confirms one thing: we will definitely get more variants with this specific naming convention. Whether also in the future still Aufgesupert is provided, so times with a question mark, perhaps I must send in the future the Super Susi again in pension. There would also be a possibility that NVIDIA could offer three graphics cards within its GeForce RTX 3060 lineup, the Ti, the Ultra, and the standard variant. The Ultra variant is expected to be priced at $449 (MSRP) and is expected to be announced at NVIDIA’s CES 2021 keynote on January 12. 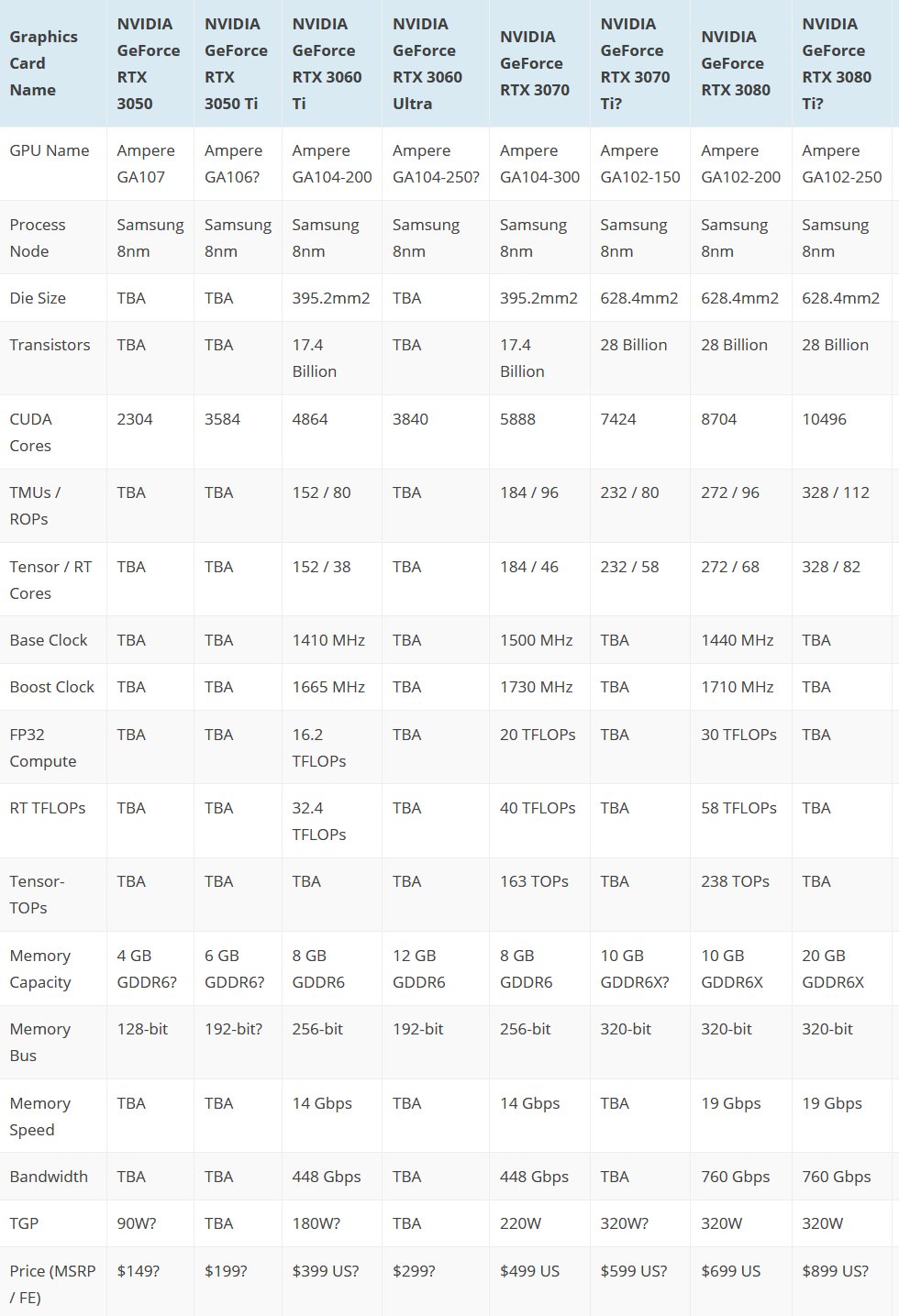 80 Plus was the day before yesterday, Cybenetics yesterday – now finally comes 90 Plus!
The complete Big Navi UV Guide: Undervolting and power saving with the MorePowerTool simply explained | Practice