Even before the launch of Windows 11 on October 5, it had become apparent that AMD's Ryzen processors were no longer performing as well as they used to in Winsows 10 in certain scenarios. The core allocation under Windows 11 in the scheduler showed weaknesses and also the CPU cache was no longer optionally addressed and utilized. According to AMD, the scheduler problems were particularly apparent on CPUs with more than eight cores, where Windows 11 was no longer able to cleanly allocate the fastest core at any given time.

The negative influence was even more obvious in the memory system, where the cache throughput dropped significantly and the latencies increased visibly. This part, which was also called the L3 bug, has already been released as an update on Windows 11 (first in the Insider program). The new chipset driver is now intended for all Zen processors and is supposed to improve the performance under Windows 11 with version number 22000.189 (and newer) – AMD considers the issue as settled in the meantime.  You can also read an excerpt here, so ADL can come and the conspiracy theories should be wastepaper. 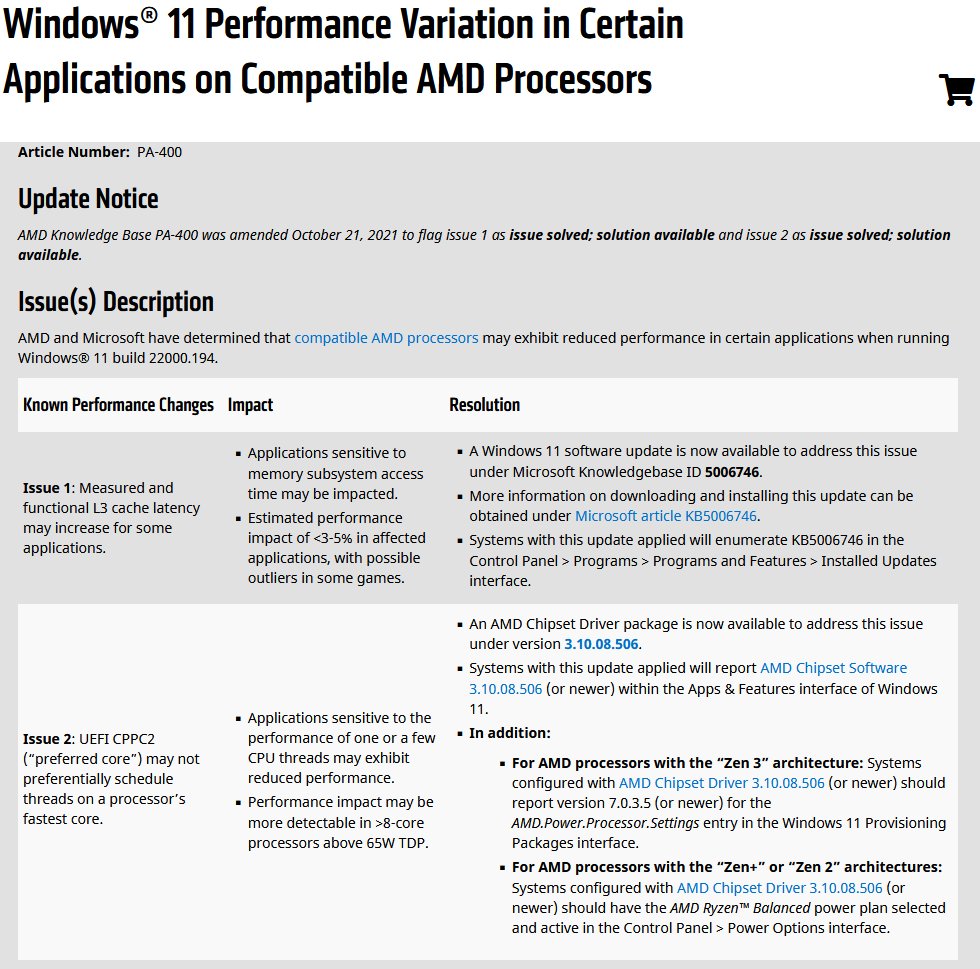 The download can be done as usual on the AMD homepage: https://www.amd.com/en/support/kb/release-notes/rn-ryzen-chipset-3-10-08-506

Intel Alder Lake Mobility CPU benchmarks leaked: Faster than the Apple M1 Max, AMD’s 5980HX and Intel’s 11980HK are downright eaten up
Professional applications and games under Windows 10 and Windows 11 with and without L3 patch – Windows 11 may be better than you think!