I had already mentioned in my article “Why manufacturers are struggling with AMD notebooks, why AMD likes to trip itself up and why the blue conspiracy is not a conspiracy at all | Search for answers“, why notebook manufacturers are still so reluctant to buy AMD CPUs and APUs for mobile applications. But I’ll explain in a moment why people haven’t really made the decision to combine the popular Ryzen 4000 H-series with potent NVIDIA graphics cards, because that’s a completely different subject. In addition, the new Ampere chips from NVIDIA are still lurking in wait, which should exacerbate exactly this problem.

And why now, actually, clamp? Intel will still start this year with Tiger Lake in the notebook area, but probably only with a maximum of 4 cores (8 threads). For a powerful gaming laptop this is of course nothing at first. So you might as an OEM be inclined to get a Ryzen 4000 “Renoir” and soap up Intel with it, but that won’t be so easy either, because AMD is unnecessarily putting itself into a self-imposed bandwidth limit with the “Renoir” APU, which in its current form could have been avoided. It is generally known that a mobile Ryzen 4000 APU only has PCIe Generation 3.0 and is equipped with 20 “usable” lanes. As long as you could use at least 16 lanes for the graphics, as is often circulated, that would still work. However, I managed to get an internally used block diagram that shows that the dGPU is only connected with PCIe 3.0 x8, which in Full-HD can lead to measurable bandwidth limitations even with cards above a 2060 Super. You can see from the division into 8 + 4 + 4 + 4 that there is simply no chance to intercept or circumvent this bottleneck. 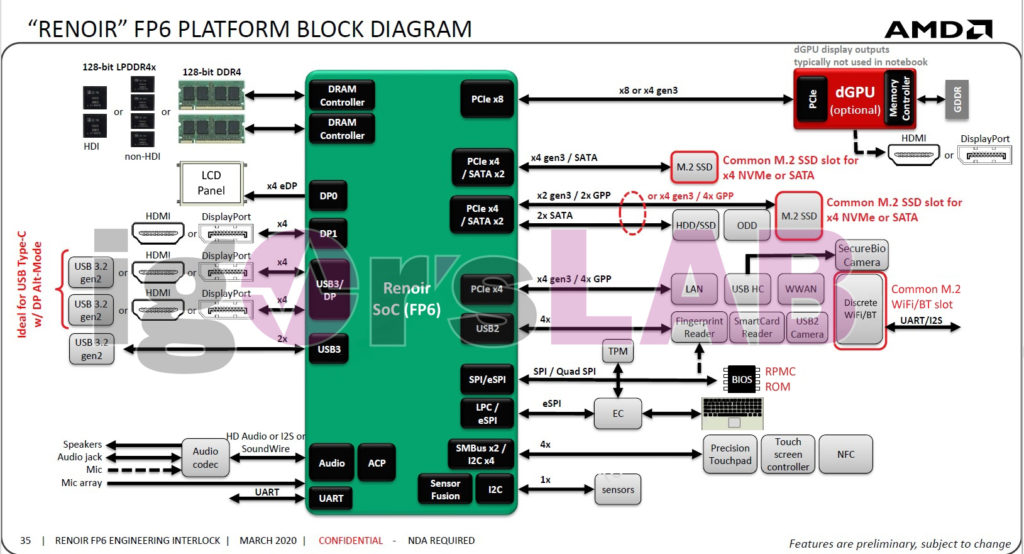 Which brings us full circle. A gaming laptop with a more powerful GeForce RTX would already have to struggle with unnecessary limits today. Internal attempts by some notebook OEMs are estimated to be around 3% to 5% loss if you would only install a GeForce RTX 2070. Mind you, as a notebook offshoot with a significantly reduced power limit. At present these would be, for example 115 watts for an RTX card, whereby Ampere should certainly still increase significantly in terms of performance. Both in terms of performance and the allowed power consumption, because up to 140 watts should then be available for a short time. But then such an APU would be in a lost position.

Moreover, the faster and also more expensive graphic chips would not be able to distinguish themselves clearly enough from each other due to the increasing limitation. And now, Intel has nothing new in 2020 with more than 4 cores and AMD’s APU does not manage to fire the Ampere GPUs with the bandwidth according to the standard. So for the time being, the OEMs will probably only be left with Comet Lake H. The fact that Intel can probably save itself with an old CPU here in the notebooks is, curiously enough, due to AMD itself and not to Intel’s engineering skills. 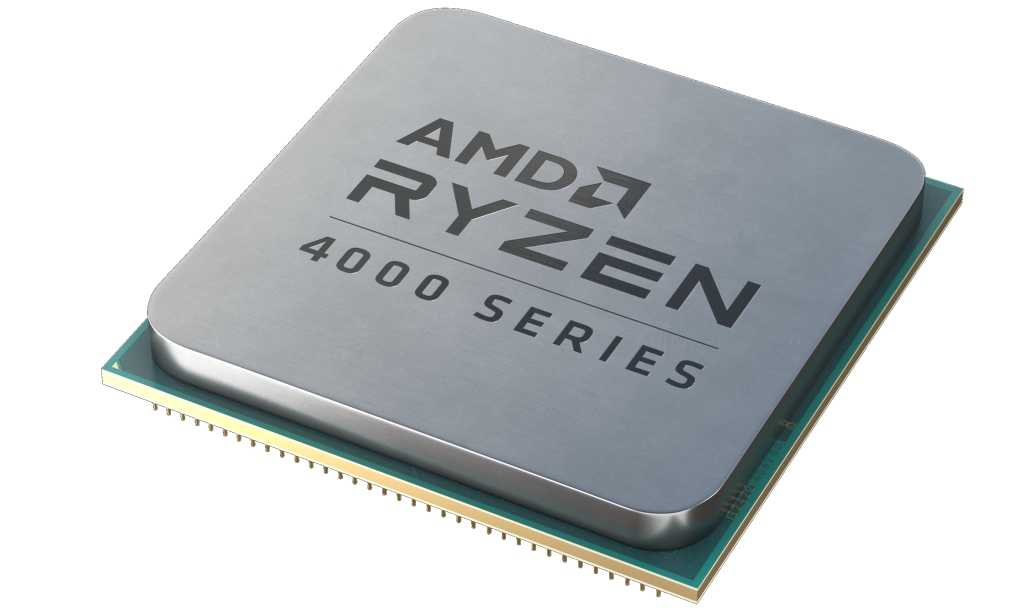 Despite PCIe 3.0, the current “Renoir” CPUs for the desktop have several advantages over the CPUs of the Ryzen 3000 series, such as a monolithic design and a higher fabric clock, as well as a total of 24 lanes. AMD’s Robert Hallock explicitly writes about these fully usable lanes for the AM4 version. With this you can easily reserve 16 lanes for the GPU connection, which is currently still sufficient. This is also shown in the block diagram of the chip. Which once again raises the question why the mobile chip was artificially cut in this way. Efficiency gain? 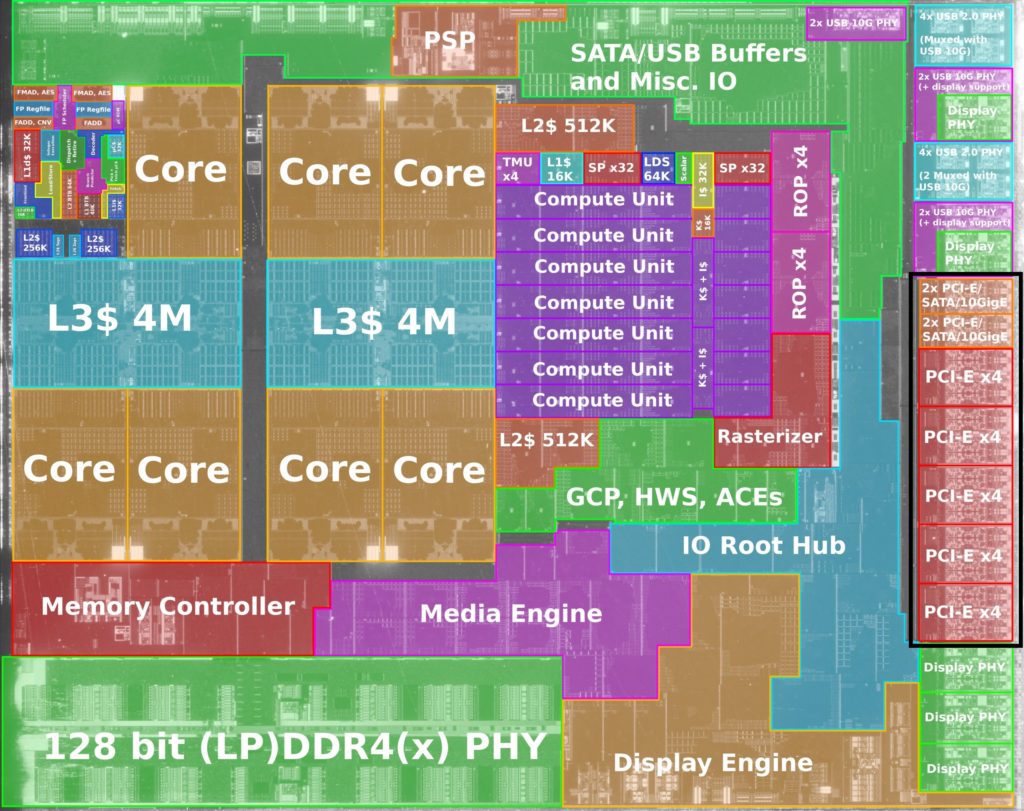 Of course, one can only speculate about “Cezanne”, but OEM sources also mention PCIe 3.0, which would be a big disappointment, but hasn’t been confirmed yet. Of course, one must not and must not overdramatize all these stories, because it is still an APU with the focus on the use together with the integrated graphics. And as we now know, that’s exactly what works very well. Only the gamers will probably have to wait for a longer while or fall back on a notebook with a desktop CPU. After all, they are available in the meantime.