The Maidesite S2 Pro Plus for 529 MSRP and 479 euros in the current sales now replaces my height-adjustable gaming table in the video studio and I am finally satisfied again. No, it’s not that easy to find something suitable and stable for the old wobble table that doesn’t say gaming on it, but has quality inside. You can even get them from the Far East if you look for them properly and know what’s important. Today’s test is, of course, very ego-centric, but there was a reason for that. Because there are also coincidences in life that make life easier. 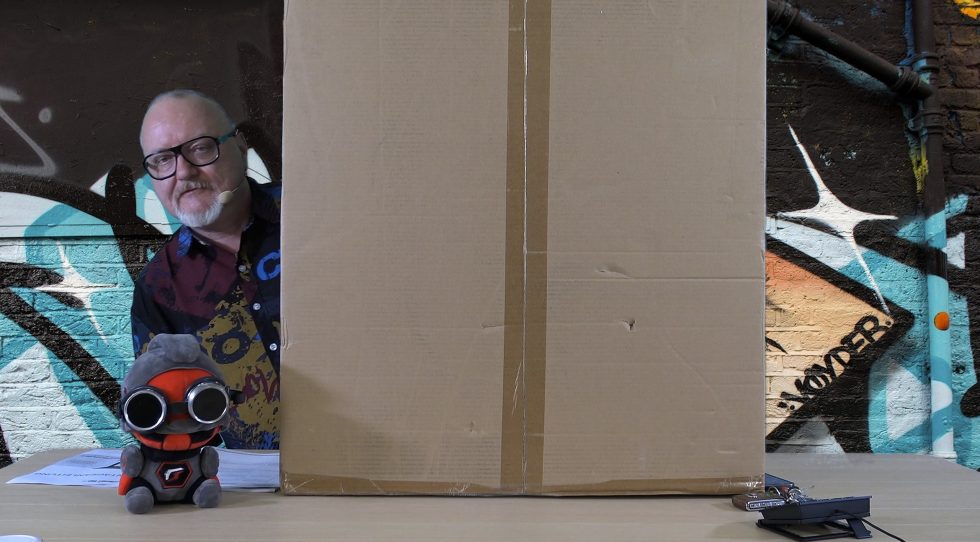 As I said, it should finally become really stable. When lifting a Raijintek Eris Evo in the video studio, I had the mishap that the old table simply couldn’t handle the weight of the Eris anymore, and in addition to the prevented lifting, including the scary cracking noise, the multi-part tabletop suddenly tilted like a lamb’s tail. Well, it said gaming on it, but inside it was somehow: nothing. So out with the old table and the search began. In contrast to the old table, I wanted a solid frame with two motors (and not such a solution with a small motor and drive rod to the second side), a solid and one-piece worktop and an automatic adjustment system that could remember four positions.

In terms of price, you’ll quickly end up with between 300 and 400 euros at a specialist retailer – without the panel, mind you. Every day I’m offered dozens of useless things for reviews, from vacuum cleaners to vacuum robots. And so I call it a coincidence that exactly one day later there was a mail from Maidesite in my mailbox. I’m writing this in such detail now because, although it’s not a sponsored review, I didn’t have to pay anything for the table due to its weight. Who picks up something like that after a test? It’s not worth it anyway. So I combined the pleasant with the useful, agreed and also saved money. Of course, this has to be transparently put first, even if I would not have published the table as a review if it was not suitable. 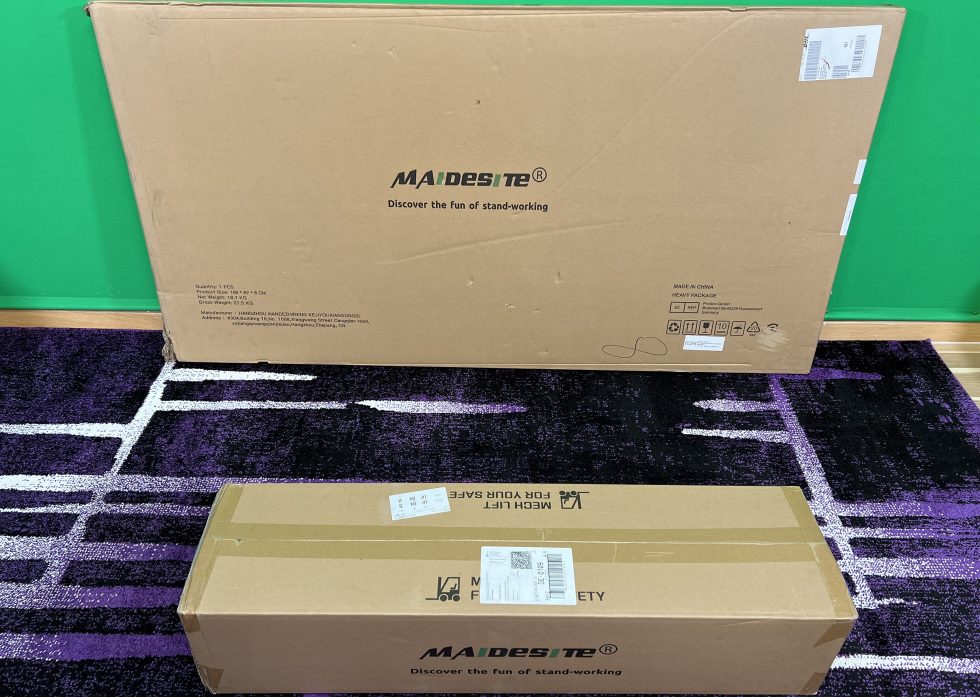 Scope of delivery and accessories

Two huge parcels wanted to be brought up first, because the DPD puts the whole thing at the front door. Two boxes, two floors and only two hands, that drags. Whereby the smaller box with the metal parts was still much heavier than the thick wooden plate. That’s saying something. Unpacking, by the way, goes quickly, only you should really take out piece by piece and do not tilt the box. The two heavy stand feet with drive are poison for bare feet and for the laminate on impact anyway. Cratering or carnage, depending on the impact site.

And what do you get for the money now? Two solid legs including angle and each with its own drive, plus the matching supports for the table and the two feet with height adjustment. In addition, there is the cross-connection including cable shaft, a potent power supply, the control electronics with panel, a bag of screws and an Allen wrench as well as the universal manual. This could have been more model-related, so that you understand why there are so many screws left at the end. 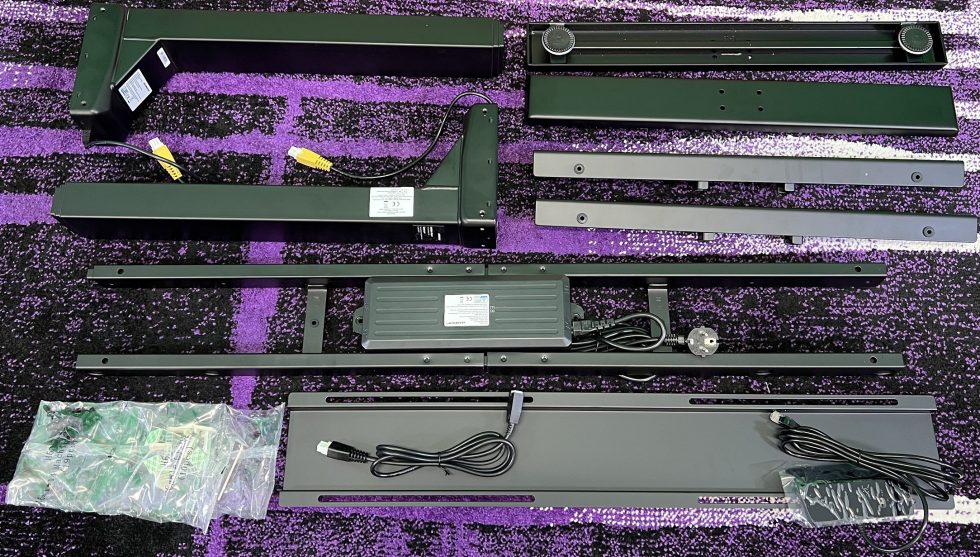 The solid wooden panel already has all the necessary holes and is perfectly packed. The stupid styrofoam with a crumb factor of 10 is a good test for my vacuum cleaner and it’s a real pain in the ass. At least nothing was scratched and the separation of powers worked perfectly here. 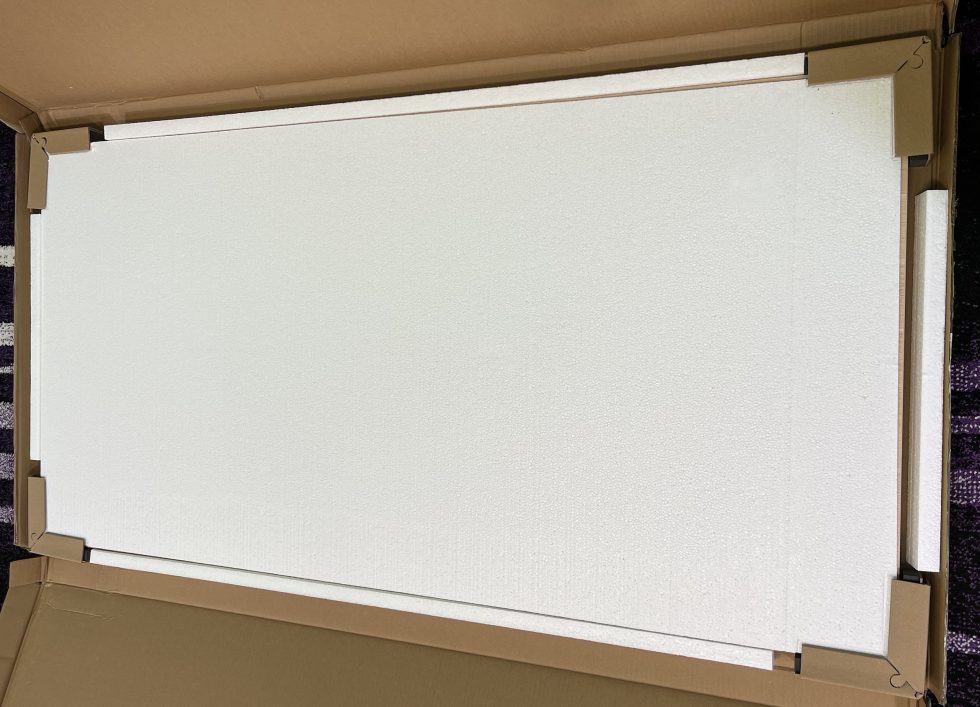 But there is not only something to complain about, but also to praise. The edge protection at the corners is exemplarily solved with rubber inserts in hardboard. I have not often seen this in this form either and it fully protects the contents from the unmotivated carriers. I even saved the parts, the rest was for the garbage can(s). 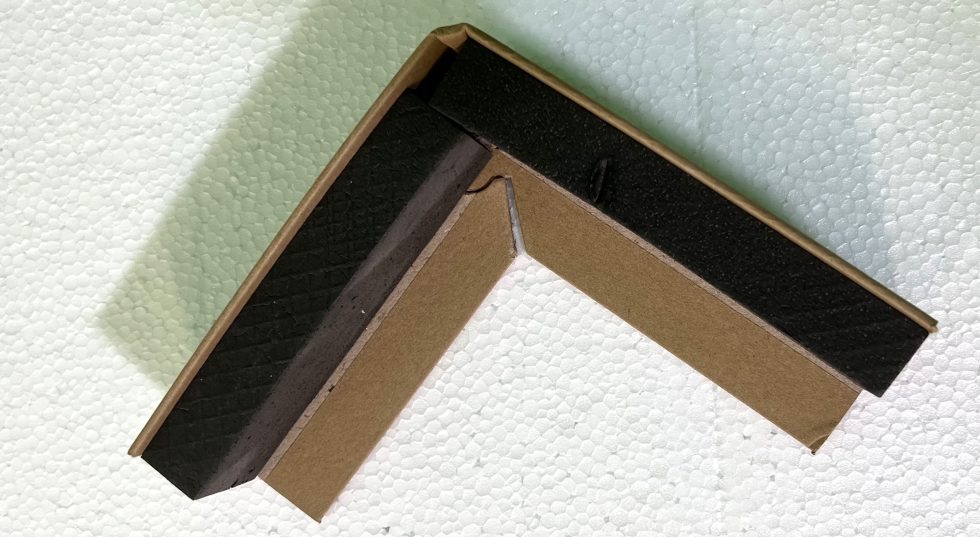 This part would be done and my very personal thanks to my wife, which has helped me on Sunday and my little Ixo, which has saved the Schrauberei from the usual wrist carnival. Unclenched makes equal more mood and the table was screwed together in not even 30 minutes. How this works in detail, very you on the next page. Of course, the technical specifications and a short video of the lifting figure are available first, and yes, the new table lifts the Eris Evo into the sky with a gesture of nonchalance. Must see! 🙂

And what else? Facts and figures, this time as a graphical overview;

The height adjustability is really great, you get the full program: 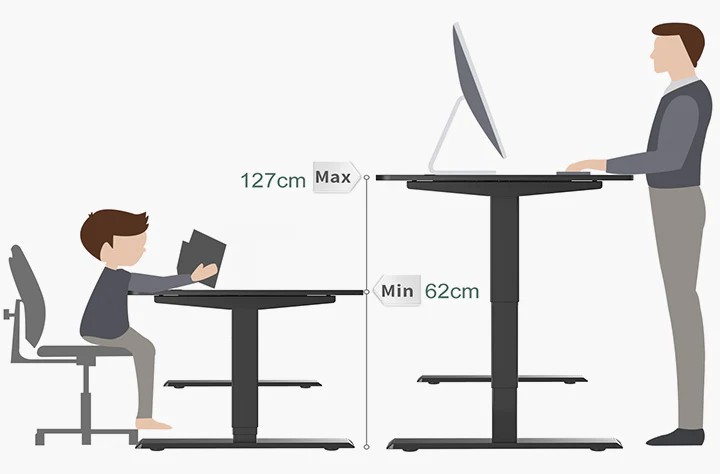 And you’ll see it in the video later, there’s a nice protection against possible collisions:

The rest is self-explanatory, because in the end it’s just a table. And if you want, you can quickly watch the video before I digress into the setup. He does not exist in the video. So look and then please turn the page!