In the previous news about Intel’s new CPU generations and the roadmap, I had already pointed out Intel’s hybrid approach several times. If Intel now follows ARM’s big.LITTLE approach, the result is a heterogeneous, very dynamic computer architecture that combines economical and thus slower processor cores with proportionally much more powerful and power-hungry cores. Normally only one or the other “side” is active at a time, but all cores have access to the same memory areas, so workloads can be exchanged between Big and Little cores during operation.

A new leak (Zhihu via Videocardz) has now provided serious indications that Intel is planning to introduce this big.LITTLE philosophy in its own mainstream products by 2021. In principle, AMD’s MCM approach is used here, but the chipplets are used rather performance-oriented, while Intel will clearly be efficiency-oriented with the hybrid approach. 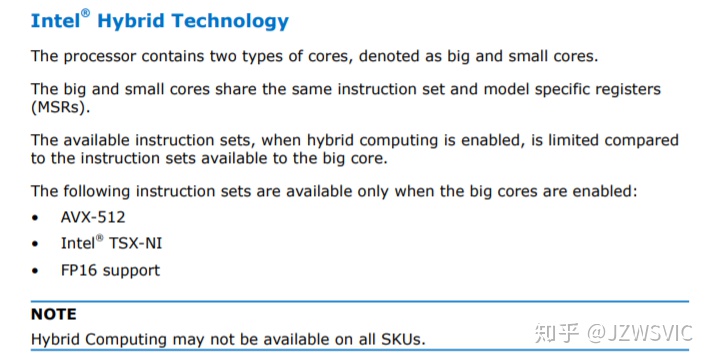 The leak comes from the Intel documentation describing the “Intel Hybrid Technology”, which is essentially the realization of connecting large cores together with small cores. The large and small cores will use the same instruction sets and model-specific registers, but will have different computing power and overheads. Most likely, these are large cores with higher throughput and higher cycle speeds, as well as smaller cores that are very energy efficient. However, Intel has limited some instruction sets from the beginning so that they only work on the large cores that also support AVX512, Intel TSX and FP16, which makes sense. 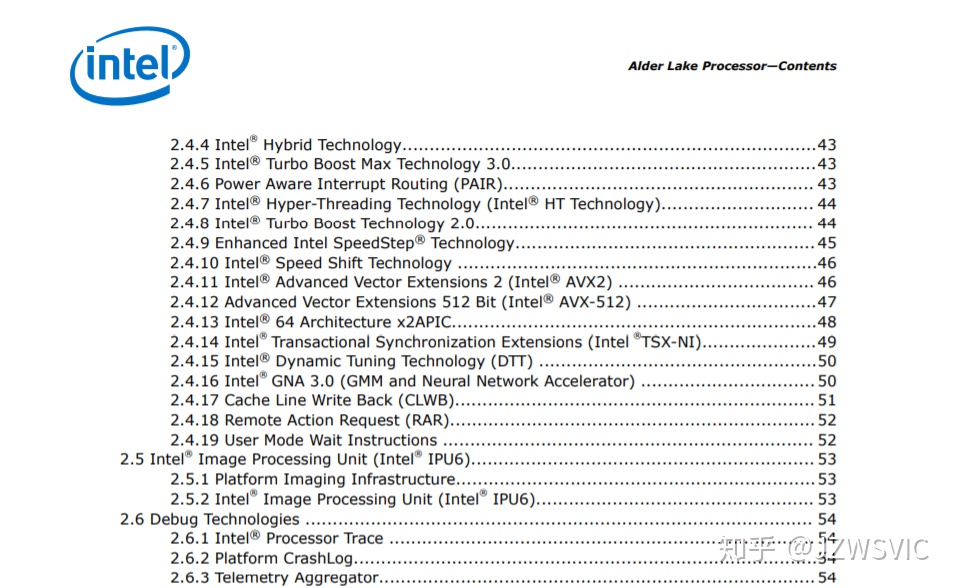 A very interesting article about Intel’s upcoming 10nm Alder Lake processors was recently posted in Chinese PC shopping forums (thanks to wccftech.com). This contribution was very surprising, because Alder Lake is still quite far away and Rocket Lake is expected first. This particular leak is dedicated to desktop processors, but when this technology is introduced in Alder Lake, one can be sure that it will be applied to notebook CPUs. With the smartphone SoCs this has worked perfectly so far.

The big.LITTLE philosophy (invented by ARM) allows processor manufacturers to selectively choose a high performance or low energy cluster depending on their needs and demand. In a desktop environment this does not make a big difference, but it does have a big impact on battery dependent notebooks. Here is a screenshot of the corresponding slide: 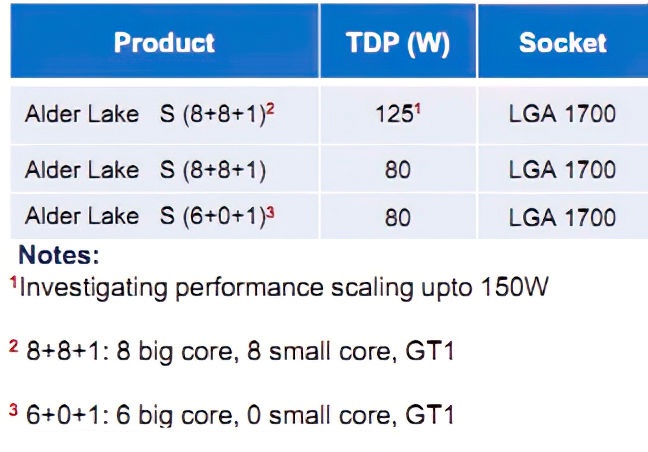 The three models shown here range from an 8+8+1 configuration (8 large, high-performance cores, 8 small, low-power cores and 1 integrated GPU) to a standard 6+1 configuration (only 6 “large” cores with integrated GPU). The notes also state that Intel is mentally playing with a (up to) 150W design. While it is unclear why Intel is worried about TDP in a desktop environment, it is expected that the company will allow the large cores to run at relatively high clock speeds. It will also be interesting to see if all 16 cores can work simultaneously (or only 8 at once, as is usually the case). However, based on the fact that both the 8+8+1 and the 6+1 SKUs should have the same TDP, it is unlikely that all cores will be allowed to work simultaneously.

However, this leak also reveals that Alder Lake will use the LGA 1700 socket. Since Comet Lake recently switched to LGA 1200, it seems very likely that Suckel 1200 will also have a short life span. Intel will be facing a tough competition from AMD in 2021 and you can look forward to hopefully thrilling duels in terms of prices, not only in terms of specs.

Gaming notebooks in a tight spot: Ryzen 4000 APUs in bandwidth limit, Tiger Lake will probably come with only 4 cores in 2020 for the time being, and Ampere need more speed

What’s up with NVIDIA’s new 12-pin power supply? Don’t panic, but this is actually overdue! | igorsLAB investigative
Run a current Ryzen without an AMD chipset? That would work too! What’s behind the Knoll Activator