The Cooler Master MasterLiquid ML360 Sub-Zero is of course not a real cryo-cooling for really high loads, they don’t pretend to be, but it wants to guarantee such low temperatures in the partial load range that the highest possible boost clock rates can be run. That’s exactly what I tried to find out in a short test, because especially when gaming, you usually stay below 125 watts on average. However, that already seems a tad too much, but I’ll get to that in a moment. Fact is: such an all-in-one water cooling system has a certain rarity value and the play instinct always wins of course. The price of well over 300 euros is then only a side note, because it will scare off normal customers anyway. Let’s put it all together first, because as we all know, hope for a gaming temperature boost dies last. One relies on an integrated Peltier element, i.e. on the thermoelectric cooling principle. I’ll spare the exact explanation of how it works at this point, it’s not really relevant. However, it is important to note for later that a great deal of electrical energy is still required in order to conduct the waste heat away in a fixed manner and to get well below room temperature at the cold plate. Efficiency looks different, but at least the CPU is in good company. The pump, however, is an infernal background to the unregulated fans, which, like the pump, are connected via adapter to the 12-volt strand of a SATA connector. Of course, you can also control the whole thing on the motherboard via the fan connectors, but then you will hear the pump as a bad-tempered soloist in the worst case. Besides, I want to chill for all I’m worth. The background music is secondary for the time being. The victim of our freeze attack today is the recently launched Intel Core i9-11900K on the MSI MEG Z590 Ace, we recall. And I won’t be doing any more big overclocking climbs either, it’s running on its last legs anyway. I’m going optimistically into 288 watt mode without TAU, that will definitely scratch the 125 watt mark in games, but not much more of course. The AiO is supposed to be able to put away 250 watts, double that. So it would have to work out first. 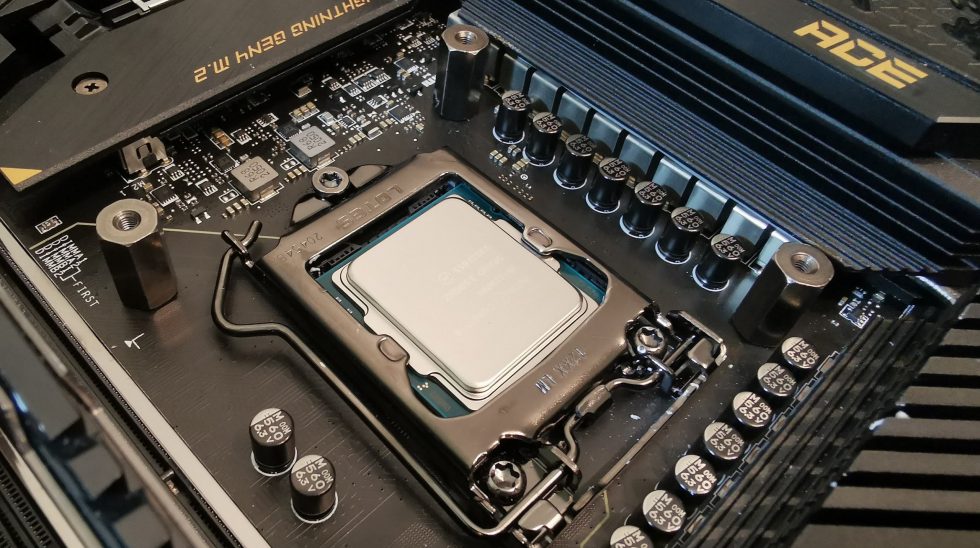 The instructions are self-explanatory, so is the assembly. This all goes quite fast and the cooling unit is mounted almost faster than you can say pug. Intuitive and neat. By the way, there is no thermal paste included, at least not in my package. But you usually have something like that on hand. You still have to download the required software from Intel first, but that’s not a hurdle for anyone. I use the automatic mode for my measurements, because without Peltier support it gets too warm and using the element in continuous operation does not bring anything except condensate in loadless operation. I would have the technical data quickly from the Cooler Master homepage: 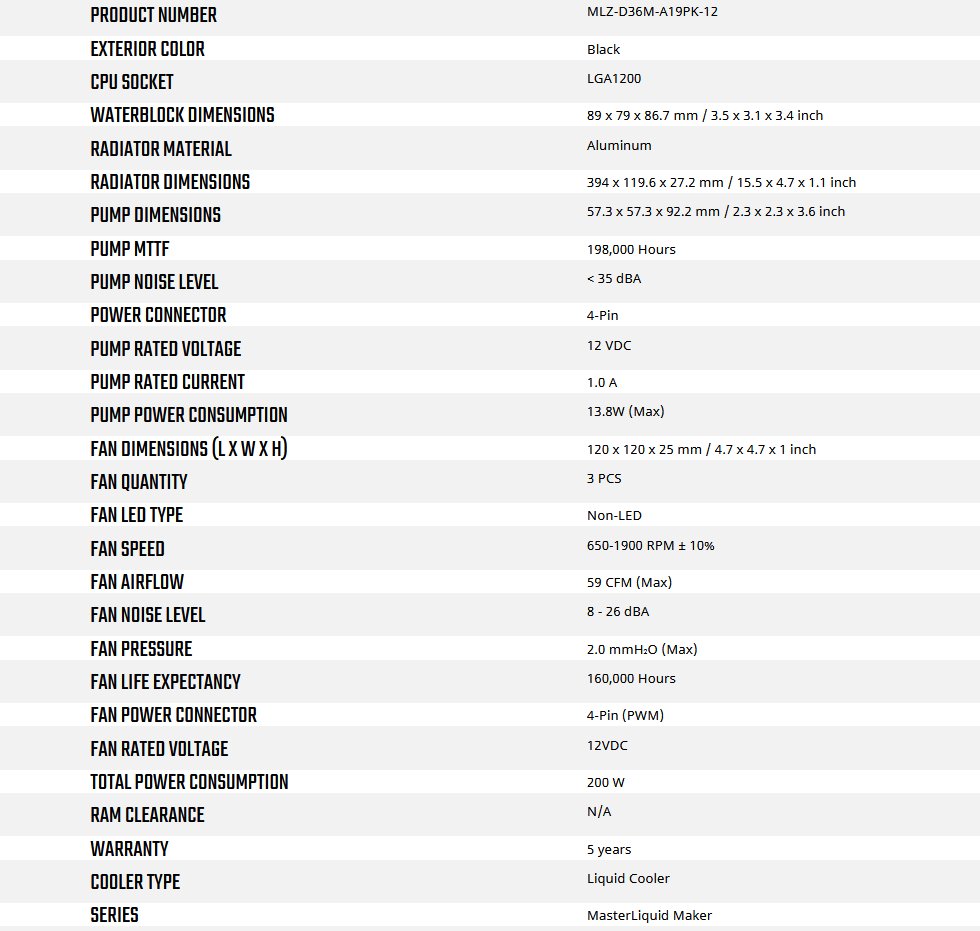 And because it was so nice, also the manual as PDF: