What Unibos (a brand of the Czech distributor Bostar) has come up with seems conclusive at first glance, albeit a bit niche: a portable and stable case for an NVMe-SSD, which you can bring to top performance via Thunderbolt 3 on suitable devices. Unfortunately, the whole thing excludes all USB generations, so that the case cannot be used universally. However, the suitability as an external data storage on a suitable Intel notebook is quite given and that's where the thing becomes interesting. 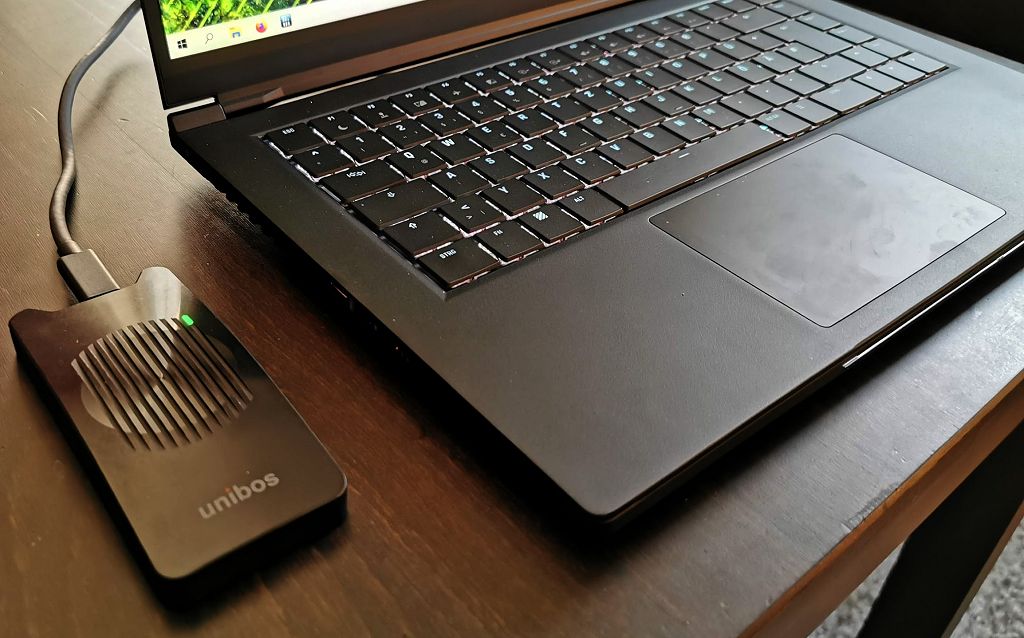 First of all, however, I have to spoil the fact that the road to success was a bit bumpy and the title was not chosen for nothing. Of course, I'll go into the details later, but you have to go to ca. 150 Euro take a closer look. And there's also a small hurdle to overcome in Windows 10. But more on the next page, because it actually affects all external drives. 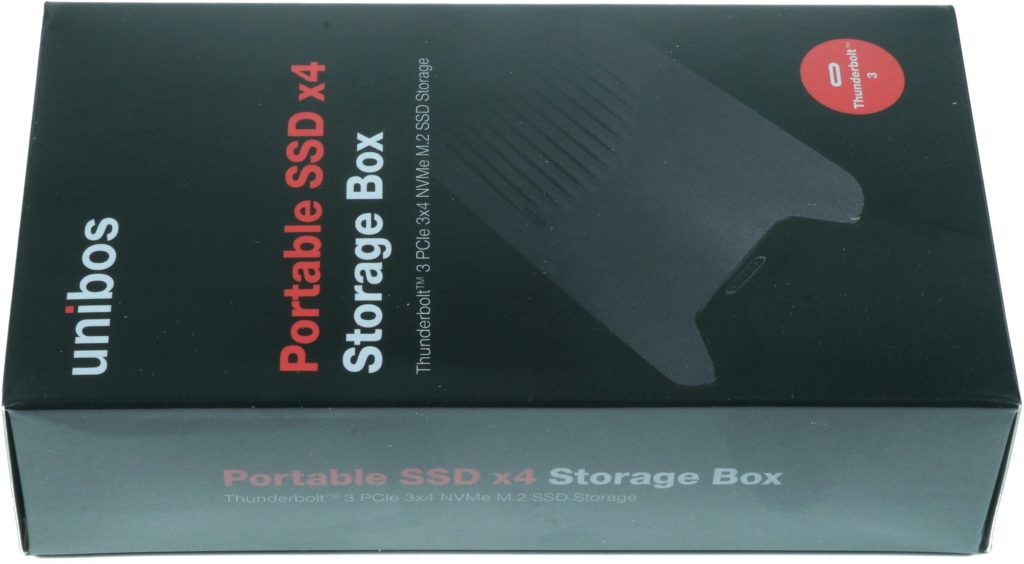 The accessories are so fine from the circumference, because besides the 50 cm long Lightning cable you get the necessary screws for the SSD (2, one as a reserve) with screwdriver (why was it not magnetized?) and a tiny hint of thermal guide pad, which should be useless. The heads of the screws are quite small, so you almost have to be afraid to sink them into the board material. The pad is too small, is sufficient for the controller and I will use my own later.

The massive and blackened aluminum housing of the Portable SSD x4 Storage Box measures a total of 11.5 x 5.0 x 1.6 cm, weighs 120 grams and houses an M.2-2280 SSD with PCIe 3.0 x4. Visually everything is fine, haptically too. The case has a monolithic effect and also feels beautifully cool. Also inside you can see no milling traces of THE CNC production, the gap dimensions are ok. It is also easy to see that there are no air openings, even if it was often read and that the controller board with a soft 3 mm pad was thermally connected to the housing for better cooling.

Only the very bright lyO LED I glued off quite quickly. This burns in the eyes, even though it is not even a steel-hard blue. The reason is the four (!) soldered SMD LEDs on the board, which can become a spot in their entirety. In the picture you can also see very nicely the large acrylic block, which directs the light to the recess on the front side.

But why Thunderbolt? With up to 40 Gbps (gross), you currently have the fastest interface for connecting external data carriers, at least in theory, because with the same-looking USB-C (TB3 is ultimately the basis here too) you only manage half. The controller is Intel's economical JHL6340, which is quite common in external devices.

The back of the board then carries the SSD and is reachable after removing the base plate. I wrote this with the very small screw already, but you can only screw the whole thing slightly. If you then place a 0.5 mm thick soft pad on the SSD and screw the floor again, nothing can slip and everything is properly fixed

For all the curious, As always, I have also linked the manual: