So far everything was fine, but the small box also has a slightly divergent appearance in the end. Unfortunately, not all SSDs are recognized equally! My SSD armada with Phison-12 controllers was initially deliberately ignored, including the almost identical TECHVEST clone in the form of the XLR8 from PNY, the Sabre Rocket and Patriot Viper. Even the Patriot Viper VP4100, which was almost identical to the Corsair as the PCIe-4.0-SSD, did not run at first, the Corsair dito. Intel's SSD6, on the other hand, ran immediately, but is not an interstellar space glider with the speed of light, and Crucial's price-breaking P1 did so, albeit within its limitations.

And now we come to the really exciting part that shows that Even Thunderbolt doesn't have to be free of problems. Even after installing the latest drivers, firmware and thunderbolt control center (Windows 10 app), I initially had trouble recognizing some SSDs. The device was also displayed in the Control Center, but authorization failed (for whatever reason) or the SSD was not recognized as a disk. By chance, I then permanently authorized the box with a working SSD (which is actually rather rare with laptops).

And behold: after that, the previously so SSDs ran, albeit with sometimes very mixed performance and longer time until disk recognition! I tested on my certified workstation with the help of the Thunderbolt EX 3, an expansion card from Asus, and got the same synthetic result as with the XMG Schenker Fusion 15 – some SSDs are going really well, some only mediocre (Toshiba RC500)

One important point should not be overtaken: in the last Windows updates there was always a nice, unfortunately undocumented Easter egg hidden, which slows down the writing processes enormously. You first have to go to the device manager and switch the "Safe Removal" back to performance mode at the relevant drive, because otherwise the writes, among other things, will be switched back to performance mode. in the absence of a cache. Well, again something learned. At least in the case of synthetic benchmarks, the enormous difference can already be seen.

Of course, you also have to ask yourself at this point what you actually want to use such an external SSD for. After all, the theoretically achievable reading and writing rates only bring added value if you want to write (or read) long, large streams. In the case of smaller files, this is only waste in the end, as we will see in a while.  So let's first compare the synthetics and find that the SSD in the Thunderbolt case (right) is slower than in the M.2 slot (left), but still acts quite fast: 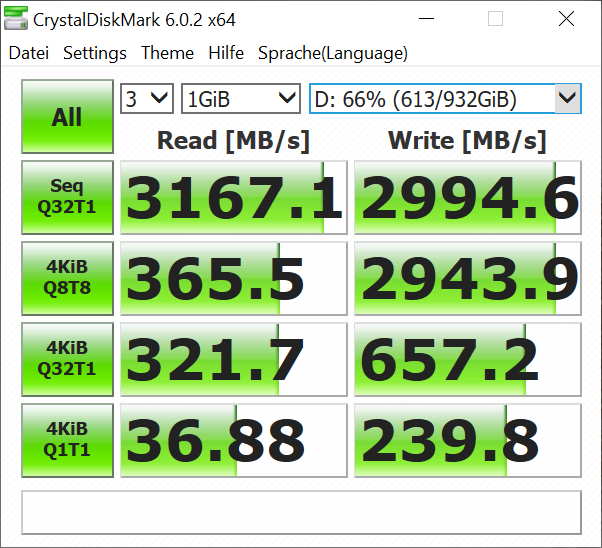 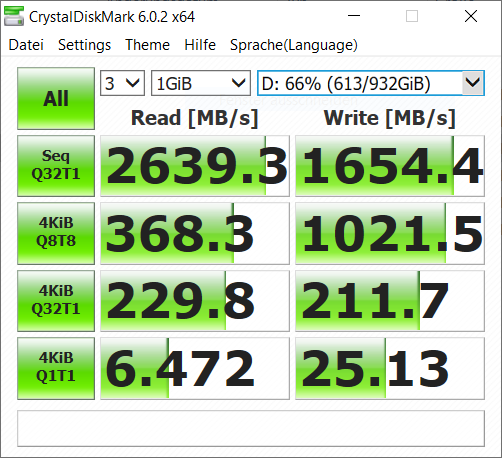 In principle, the same applies to Atto. Also here on the left the original on the M.2 and on the right the TB-3 variant 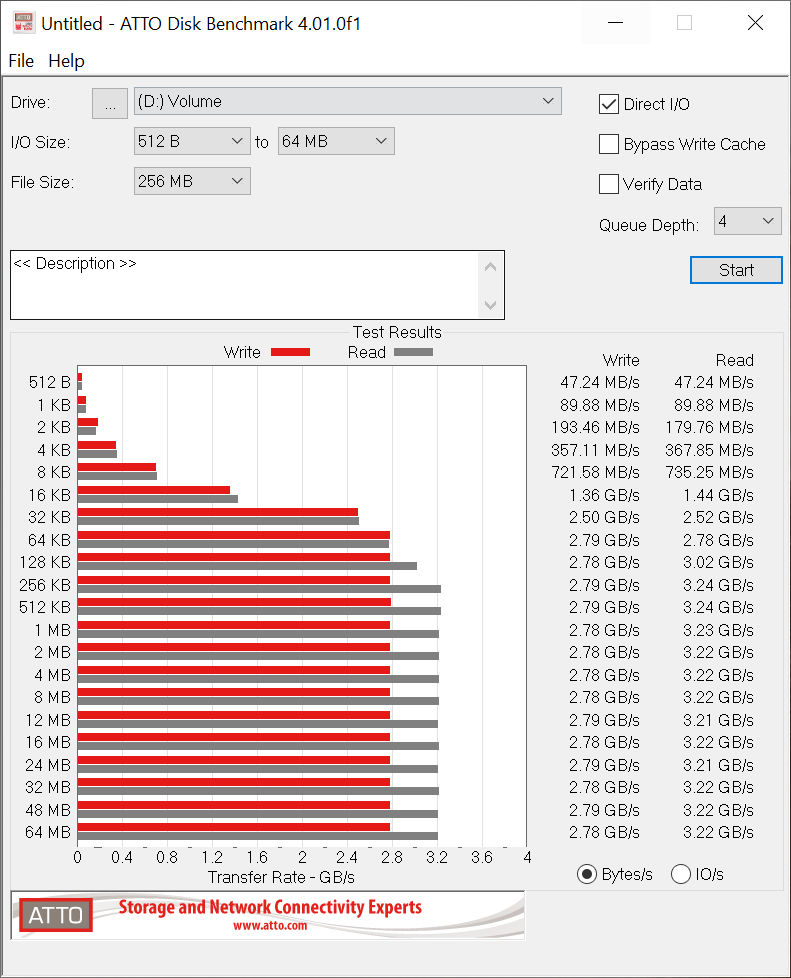 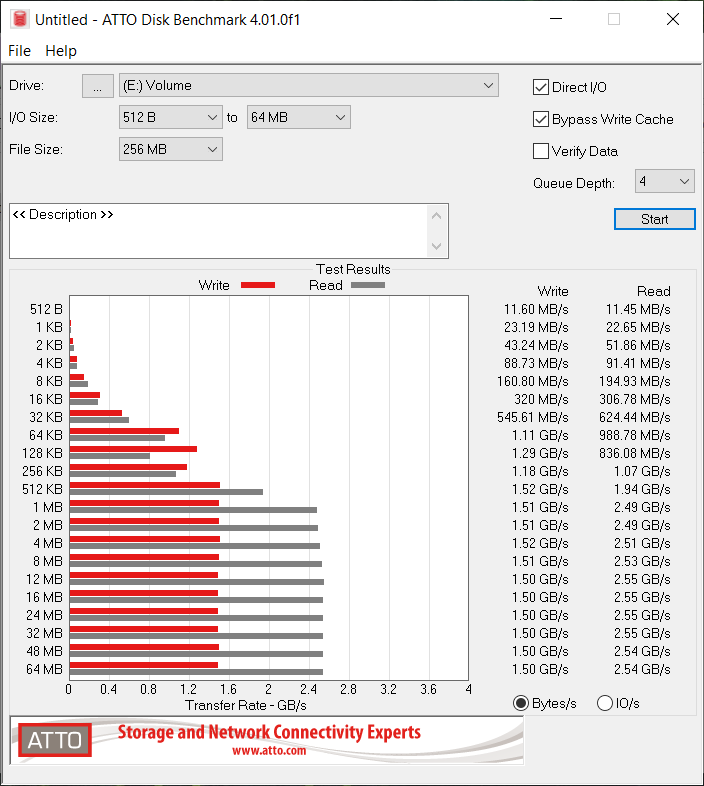 So far, so artificial. But what happens to real applications when you use the Thunderbolt SSD as an installation, read, and write medium? Nothing! Or more precisely, the difference is blurred up to measuring tolerances! The bottom line is (almost) no difference between the two types of connection! Let's start reading… 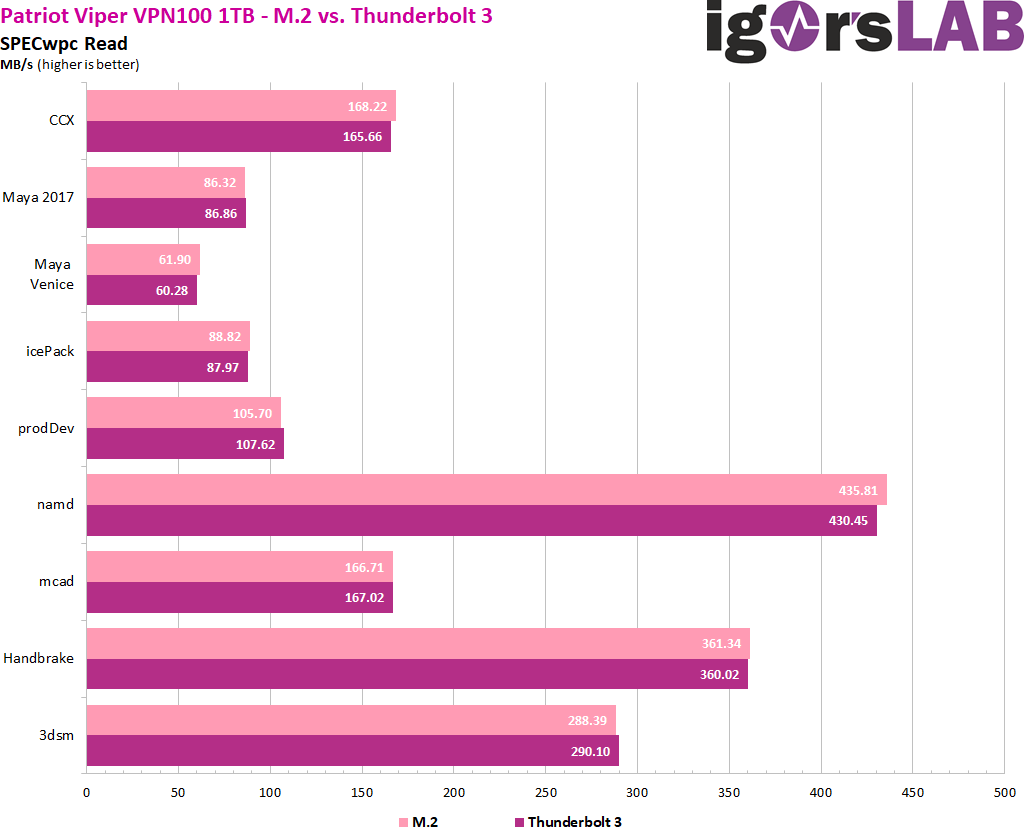 … and go over to writing. That doesn't really take much anymore. 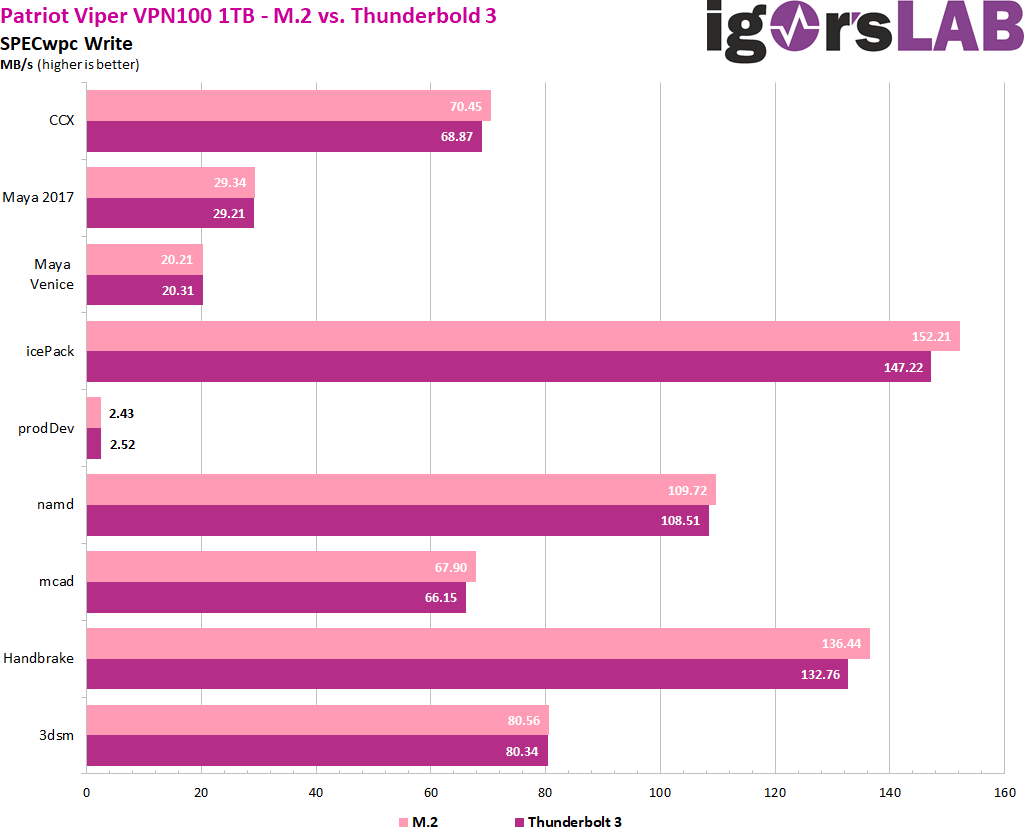 Beautiful heal Intel world? You have to have nerves and update diligently (firmware, driver) for everything to work (see above). But once it ran, it worked. However, some end users (or testers) might stumble across the hurdle with the Windows property and then get annoyed with data rates of less than 1000 MB/s, even though the SSD should give it up. But also for this there is the famous check mark in the device manager, because also likes Windows 10 again.

The SSD-Box is unfortunately not quite cheap, even if you could get the board safely for under 30 USD. The controller and certification should be used for approx. 15 USD be feasible, the rest is for the klimbim and the board. The CNC-milled housing will probably be just as expensive with smaller quantities, so that one could end up with 60 to 70 USD with packaging. The RRP of 149 euros is therefore not even so absurd, because from 100 euros street price you can certainly make good money with it.

The performance is decent, the performance losses, if you don't feel too stupid, are tolerable. Only the frickelei with the Control Center was a bit annoying, but there are learning curves for that.